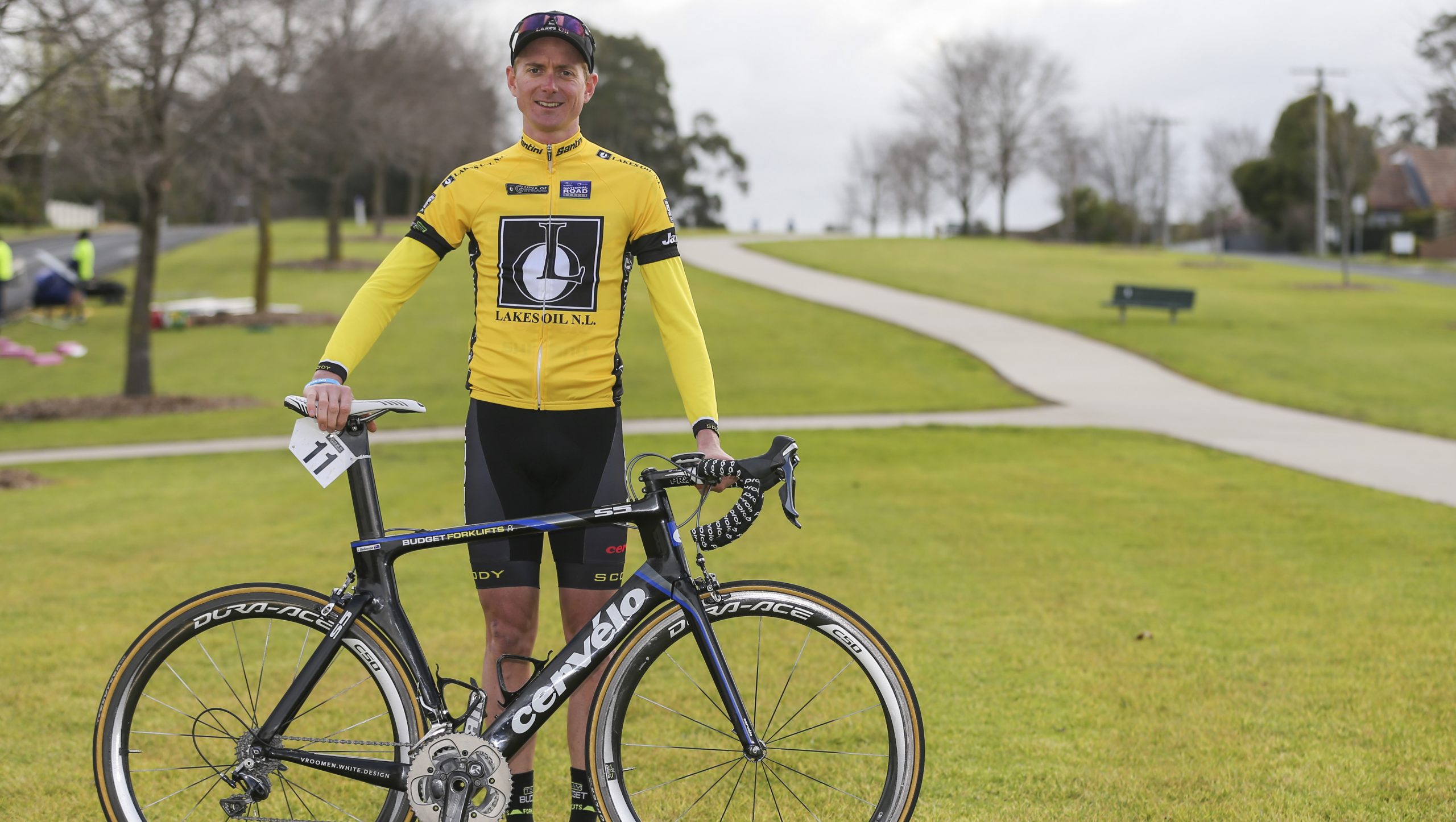 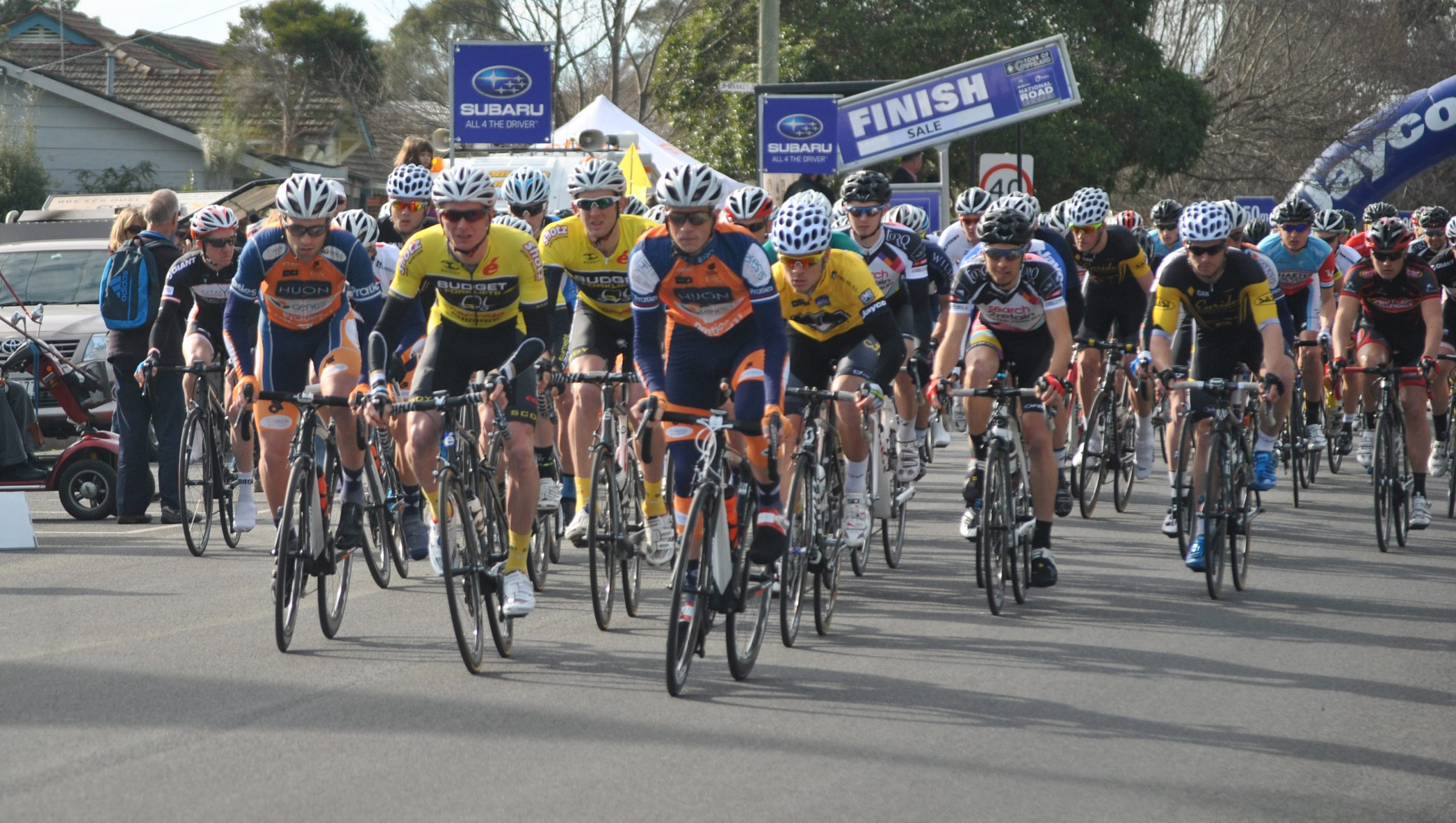 Anderson, 26, riding for the Budget Forklifts team, finished just one second ahead of Tasmanian Nathan Earle (Huon-Genesys) after the five-day eight-stage tour, which covered over 500 kilometres.

“It hasn’t sunk in yet,” Anderson said. “It’s been a great win. I haven’t raced in the NRS since 2009 so it’s nice to come back and get a win,” said Anderson, who has raced in Europe for a number of years.

Anderson clinched the yellow jersey on a wet and gusty day three in Licola on Friday, where he edged Earle in a three man sprint to the line.

“Nathan is a quality bike rider and credit to him. He’s a fantastic talent and he’ll go along way and maybe this will be my claim to fame to say that I beat him,” Anderson said of the newly signed Team Sky rider.

Second-placed Earle was relentless in his attempts to claw back time on the general classification leader, finishing in second place on the final stage to fall just one second short of an overall victory.

Traralgon hosted the tour’s eighth and final stage of the tour with riders contesting a hotdog style criterium in blustery conditions.

The win was the second win of the week for Alex Edmondson, a 2012 Olympian and reigning track world champion, following the 19-year-old’s victory on the stage three road race from Leongatha to Yinnar and secured him third place overall for the tour.

A crash early in the race didn’t deter the Huon-Genesys and Budget Forklift teams, who set the pace for the majority of the race. The cyclists battled windy conditions, with times for the circuit down on the longer 1.4km Rhyll criterium circuit the opening day on Wednesday.

The crowd along the home straight was a sea of red, with Sale 545 Primary School students cheering on the Budget Forklift team that had visited their school on Thursday. The students weren’t left disappointed, with Jesse Kerrison holding onto his green jersey after taking out the first intermediate sprint.

Teammate Luke Ockerby also earnt the team a valuable three points, breaking away at the front of the pack at the 15-lap mark to set up an assault on the second intermediate sprint on lap 19.

The Huon-Genesys team protected Giacoppo well, with eight of its team members occupying the top 10 for the majority of the back-end of the race.

Brendan Jones completed a good stage for the Huon-Genesys team, taking the red jersey for most aggressive rider.

On a wet and wild Friday afternoon, Anderson claimed the overall lead after winning the 97km road race from Sale to Licola a reigning track world champion Alex Morgan (VIS) and Earle in a three-man sprint.

Anderson was able to reel in a solo Earle moments before the line after the Tasmanian broke away with 15km remaining in the stage.

Earle crested the final King of the Mountain first ahead of a splintered peloton, and continued a solo run into Licola as the heavens opened up.

With 10km left to race, Morgan took his chances at catching Earle however it wasn’t until Anderson had joined the pursuit that the duo caught a desperate Earle metres before the finish.

Giacoppo made it three wins from three criteriums in Lakes Entrance on Saturday morning.

The tour’s penultimate stage, from Lakes Entrance to Metung, was won by New Zealand time trial champion Joe Cooper (Huon Genesys), who soloed to victory in the final kilometres of the 69km race.

Cooper claimed the stage ahead of Thomas Hamilton (VIS) with Edmondson winning the bunch sprint for third.

Cooper was part of a chase group which caught a breakway bunch with only 20km remaining.

Hamilton attacked the leaders over the top of the final major climb into Metung, with Cooper and Henry Morley (Satalyst Giant) the only two in the select group who could follow.

However it was the time trial skills of Cooper which got the better of Hamilton while the gallant efforts of Morley came to no avail when the peloton swallowed him up inside the final kilometre.