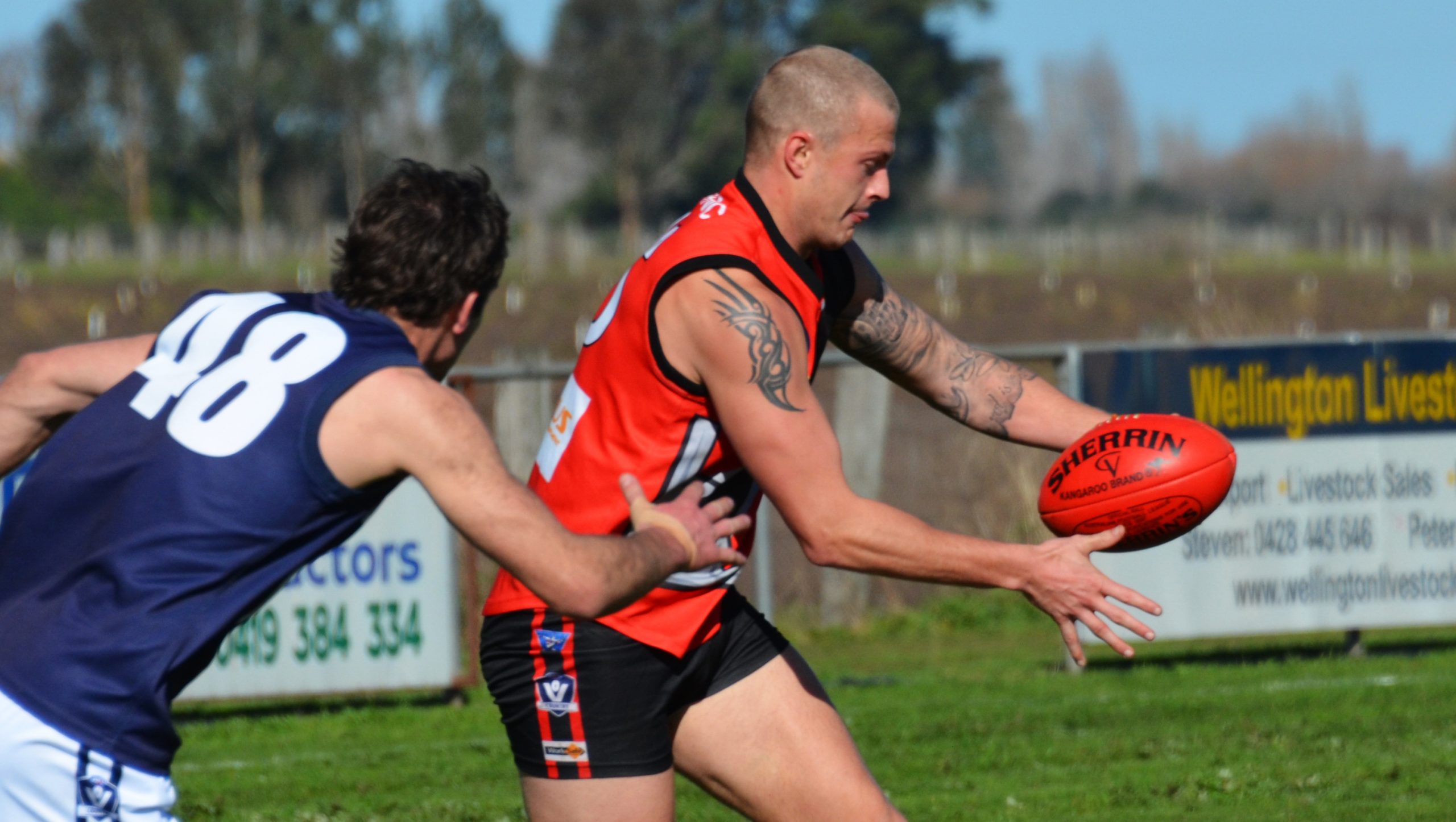 FIELDING six under age players, many didn’t give Boisdale-Briagolong much hope against North Gippsland football finals contender Rosedale, but the fleet-footed inclusions took the contest up to the Blues.

Coming off three losses, Rosedale scored from the opening bounce and looked up and about. Winning the centre clearance, the Blues again drilled forward, scoring their second goal in as many minutes as the Bombers defence, led by Leigh Fulford, felt the impact of Andrew Flanagan and co. early.

Peppering away at the sticks, the game could have been all over in the first 15 minutes, however inaccuracy ensured the Bombers kept with the fifth-placed Blues.

Nicol Sandison registered the Bombers’ first goal from their first run forward and it was quickly followed by a major to John Gooch.

The Bombers’ desperation was evident, a great chase down and tackle by Josh Kennedy on Barney Mitchell resulted in the home side pushing the ball forward. Boisdale-Briagolong kicked its third goal to trail by a point ahead of quarter-time.

Rosedale didn’t waste any time for Flanagan to open the scoring to reel the margin out to three kicks.

The Bombers reeled one back only to have Rosedale extend the lead minutes later with its sixth major. The lead quickly blew out to 32 points after a five-minute purple patch.

It was a different Bomber outfit which blew the game open during a stellar 10 minutes of play in the second half. Four straight to Boisdale-Briagolong caught Rosedale napping as it got to within nine points before the Blues clicked back into over drive.

Flanagan and Scott Johnstone registered majors, as Chris King, Luke Stuckey and Jake Power began to dominate in the midfield and provide the Blues with first use of the ball.

Rosedale slammed home seven unanswered majors from the midway mark of the third term to the final siren to take the win.

Bomber Macklin Raine held his own in the ruck contests. The 16-year-old pitted against the experienced Jon Cantwell, who was named among the Blues’ best players.

Pat Gordon and Adam Helmke showed solid form for the Bombers and used their bodies to make a contest, with several of the Bombers debutants impressing.