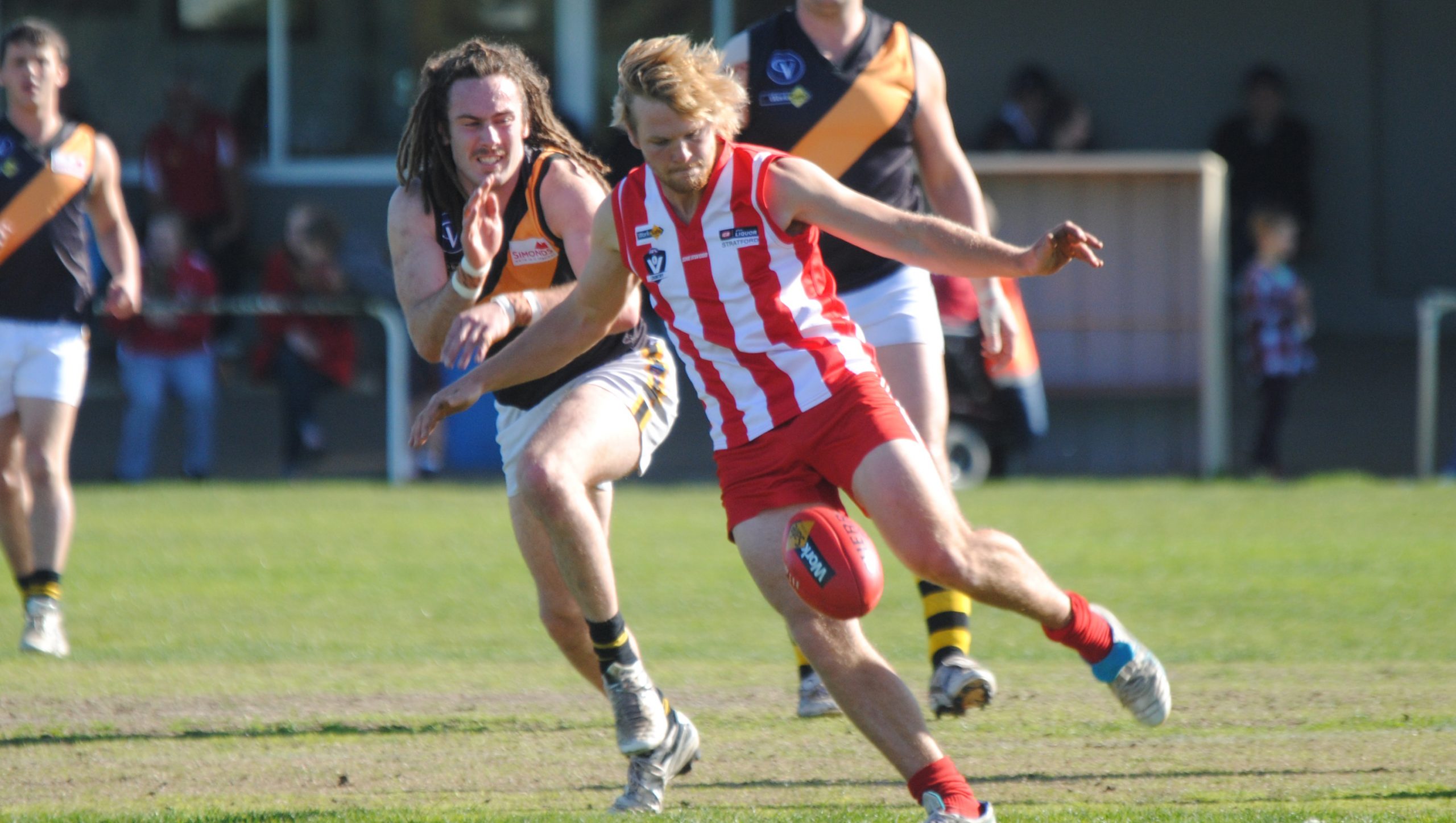 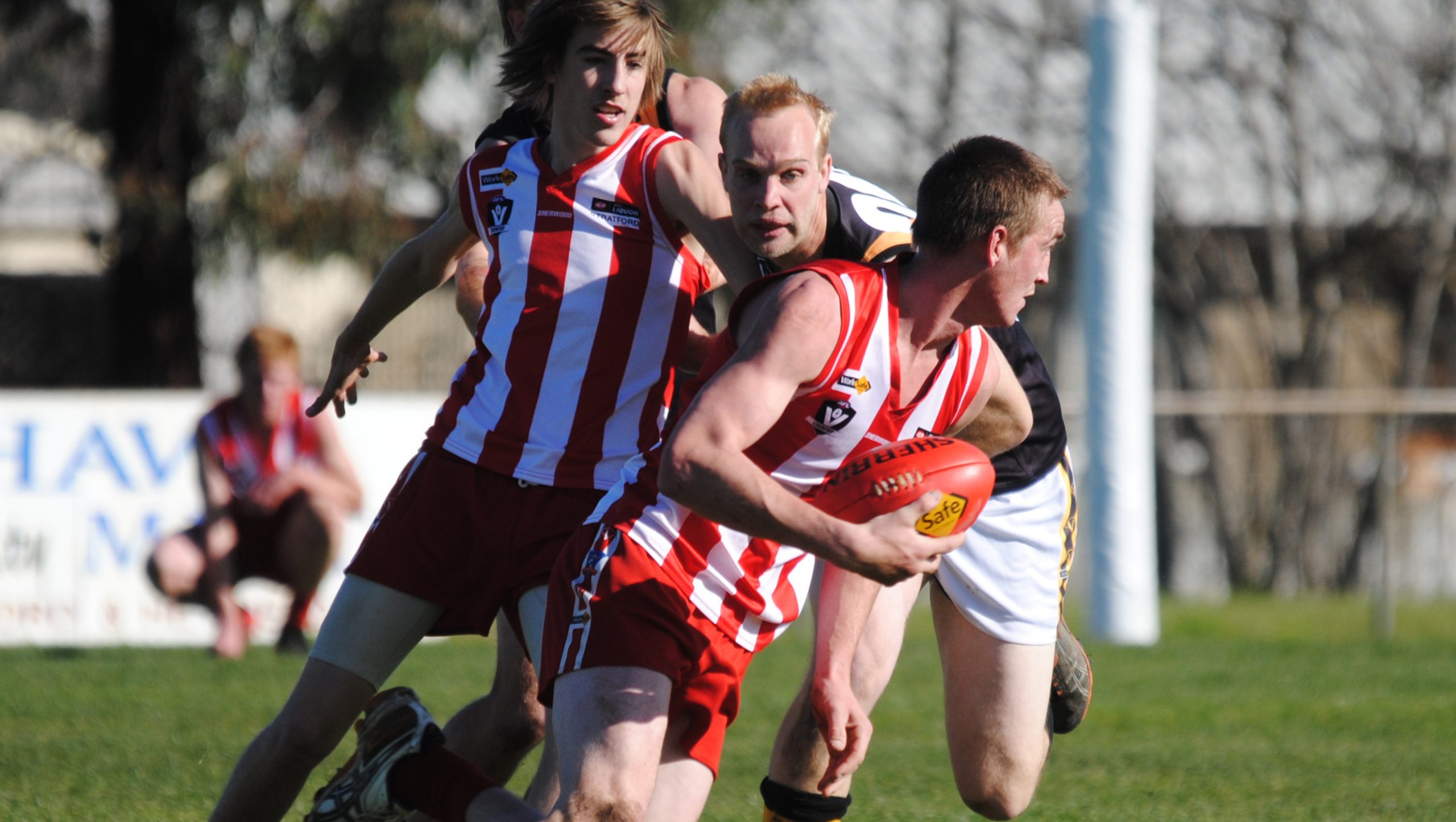 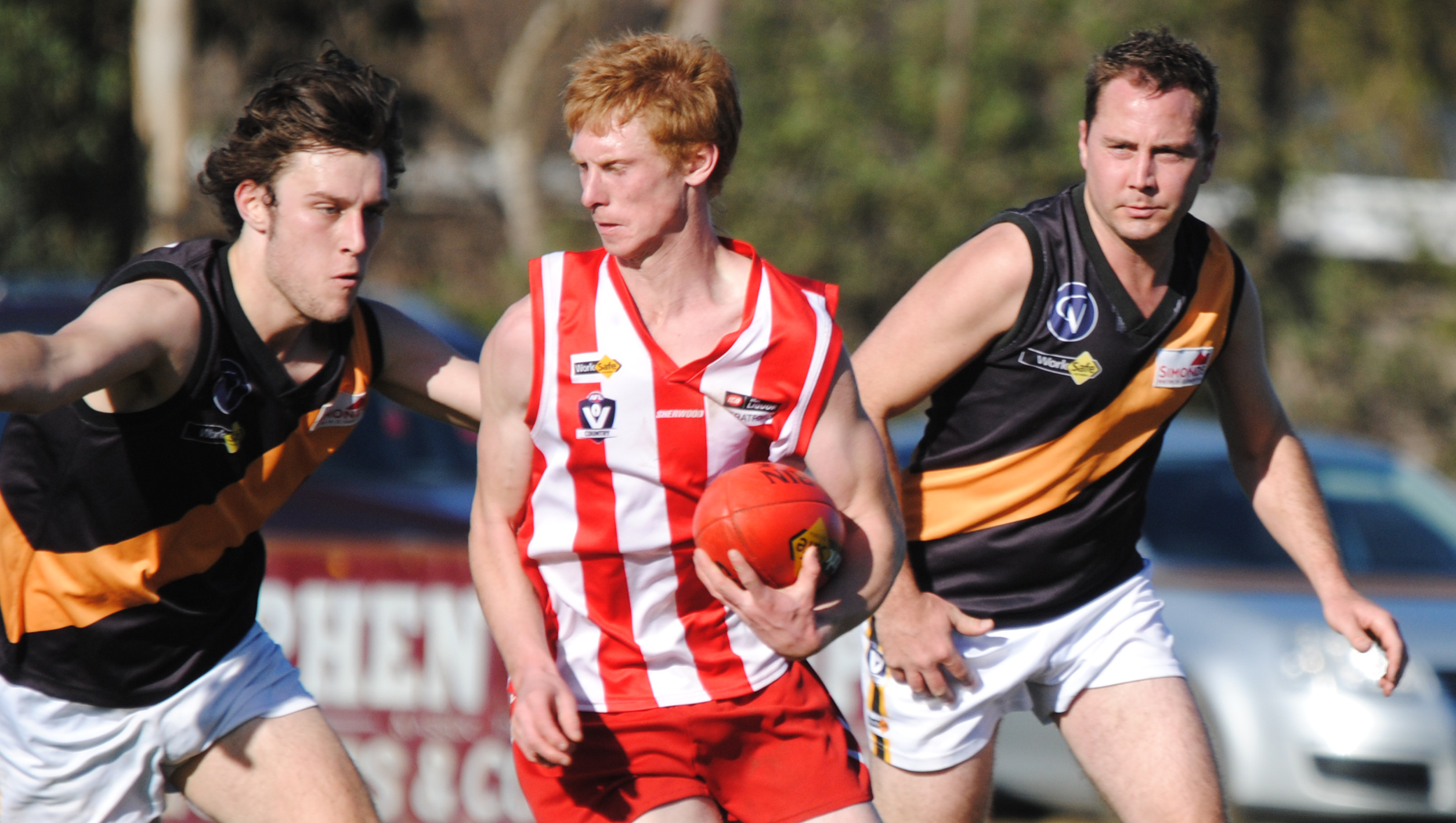 Stratford took a 28-point lead into the first change before extending it to 34 by half-time. The Swans could have been further ahead, booting 2.8 for the term.

Facing a 42-point deficit at three-quarter-time, the Tigers hit back in the final term, kicking three goals to the Swans one but the charge was left too late.

Jack Bacon, Lachlan Dobson and Tye Morrison were also among Stratford’s better players, and they were well supported by promising youngsters Taylor Tatterson and Liam Lemon, who booted two goals.

LUCKNOW secured the minor premiership with a thrilling two-point victory over Paynesville.

Bairnsdale-listed Mark Sellings did his chances of a Redlegs recall no harm with four goals, while Damien Ashcroft was among the Guls betters players.

The victory sets up what will effectively be an elimination final against Wy Yung next week, with the victor to secure fourth spot.

The Cats kicked seven goals to the Blues’ one in the opening term and were never headed, adding six majors in the second quarter and five in the third to extend the lead beyond 100 points.

Bairnsdale-listed Matt Busch made an effective return from injury with four goals, while Brett Walker proved another target with three majors.

Morgan Davies was the Cats’ best, while Daniel Kane and Andrew Stanton did their best to stem the tide for the Blues.

LAKES Entrance had the bye.