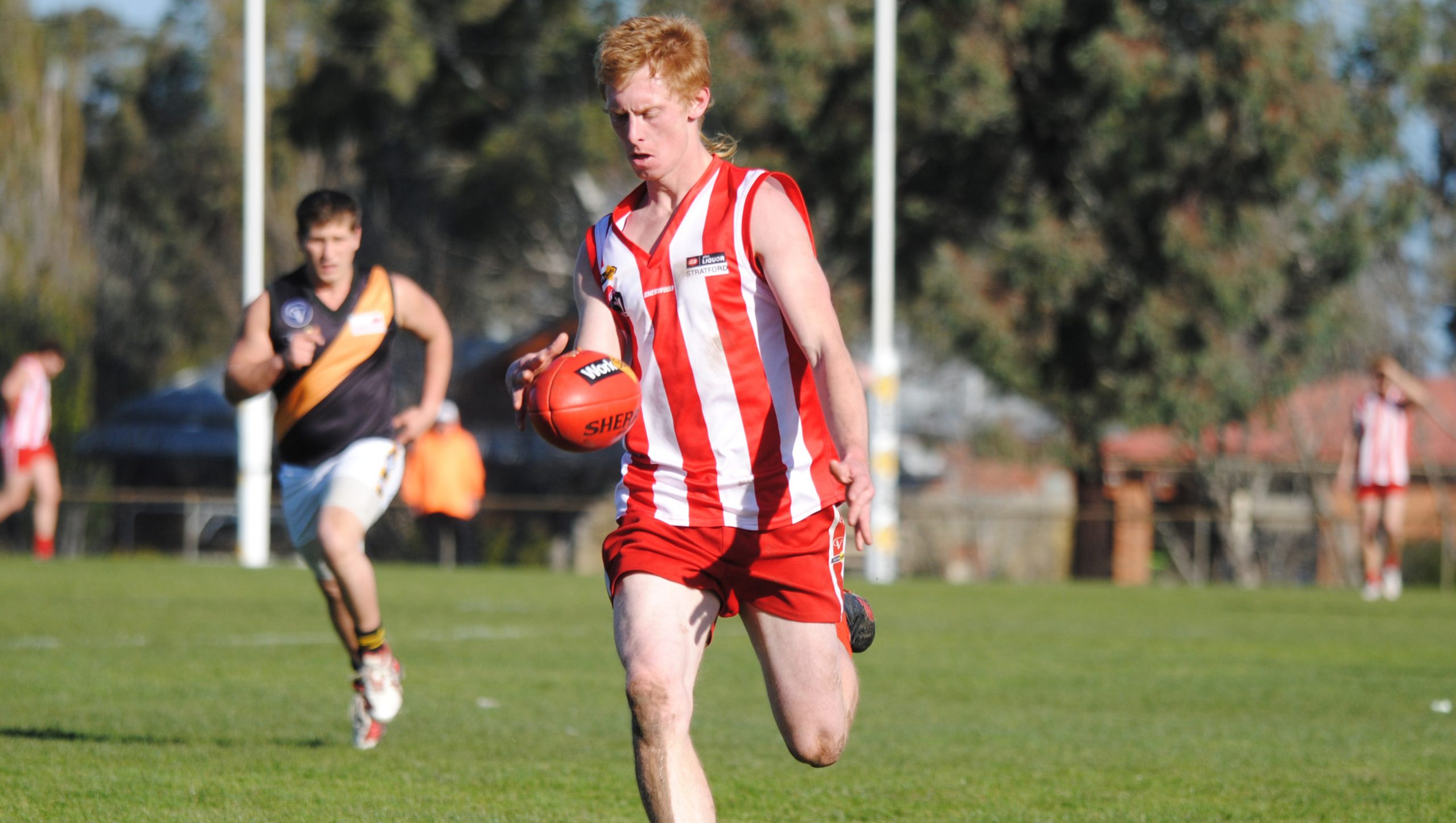 WHEN the final siren sounds to mark the end of the East Gippsland football home-and-away season on Saturday, Stratford supporters will turn their attention to obtaining a result from further down the highway at Orbost.

The Swans will enter round 19 hoping it does enough against Lakes Entrance to hold onto second spot and secure the double chance. Just 2.7 percentage points separate the Swans from third-placed Paynesville, who will take on cellar dweller Orbost-Snowy Rovers on Saturday.

Dominating play early against Wy Yung last week, the Swans will again look for a fast start as they look for a strong win to give themselves every chance of securing the prized double chance.

Facing a danger game against the Tigers last week, the Swans came away with their unblemished home record in tact and will use the clash against the Seagulls as a chance to practice for perfect ahead of the finals.

Booting 2.8 in the second quarter last week, the Swans were wasteful in front of goal and will be hoping to take full advantage of their forward 50 entries this week.

The return to the side of Kaine Kerton was a big plus for the Swans last week, as was the return to form of Keiran O’Dwyer in front of goal.

Lachlan Dobson also found some form last week, providing plenty of run and carry, while the form of promising youngsters Taylor Tatterson and Liam Lemon bodes well for the side.

The Swans will meet a Seagulls outfit fresh from the bye.

Playing for pride, the Seagulls will relish the underdogs tag knowing they have the ability to at least shape the make-up of the top three.

NOW out of contention for the minor premiership, Paynesville will turn its attention to securing the double chance.

Narrowly behind the Swans on the ladder, the Gulls will be confident of getting a percentage-boosting result over Orbost-Snowy Rovers, who has suffered some heavy defeats in recent times.

Too fast and more accurate on goal for the majority of the contest against reigning premier Lucknow last week, goals in the dying minutes to Aaron Cameron and Mark Sellings weren’t enough as the Gulls suffered a tight loss.

Proving they are serious contenders last week, the Gulls will eye off a big win this week to not only give themselves every chance to secure the double chance, but to enter the finals full of running.

The Gulls will be hoping Lakes Entrance can at least keep the travelling Swans in check, but the key will be a boost of percentage against the struggling Blues.

Having already lost Derek Hayes for the season, the Gulls potent attack was dealt another blow last week with Haydn Robins sustaining a wrist injury.

Going down heavily to finals aspirant Lindenow last week, the Blues have already secured the wooden spoon and enter the contest with nothing to lose.

Faced with a big test to finish its season, claiming a big scalp at home would be a positive for a side already looking towards season 2014.

WY YUNG will host Lindenow in a mini elimination final with a first semi-final spot up for grabs.

Boosting its percentage with a big win over lowly Orbost-Snowy Rovers last week, a draw will be enough for Lindenow to progress but the Cats will be hoping for a win to ensure they enter the finals in winning form.

Faced with a must win situation to play finals, the Tigers were outplayed by Stratford last week and will be hoping to turn it around against the Cats.

The Tigers’ defence will be tested against a potent Cats’ forward line that was played into form last week against the Blues. Luke Schumann, Michael Delaney, Matt Busch and Brett Walker all fired last week, booting 18 goals between them.

Matt Counahan will be a key for Wy Yung this week, and you would think he would need to kick a bag for the Tigers to be any chance of progressing.

HAVING sealed the minor premiership with a goal on the siren from small forward Brent Isles, Lucknow will enjoy a rest before the finals.

Trailing all day in a tight contest, late goals to Ryan Halford and Isles secured the win and double chance.

A loss could have seen the Magpies drop as low as third and miss out on the double chance.

With the lead changing four times in the final five minutes in the contest against the Gulls last week, the Magpies will welcome the chance to rest before finals following last week’s finals like contest.