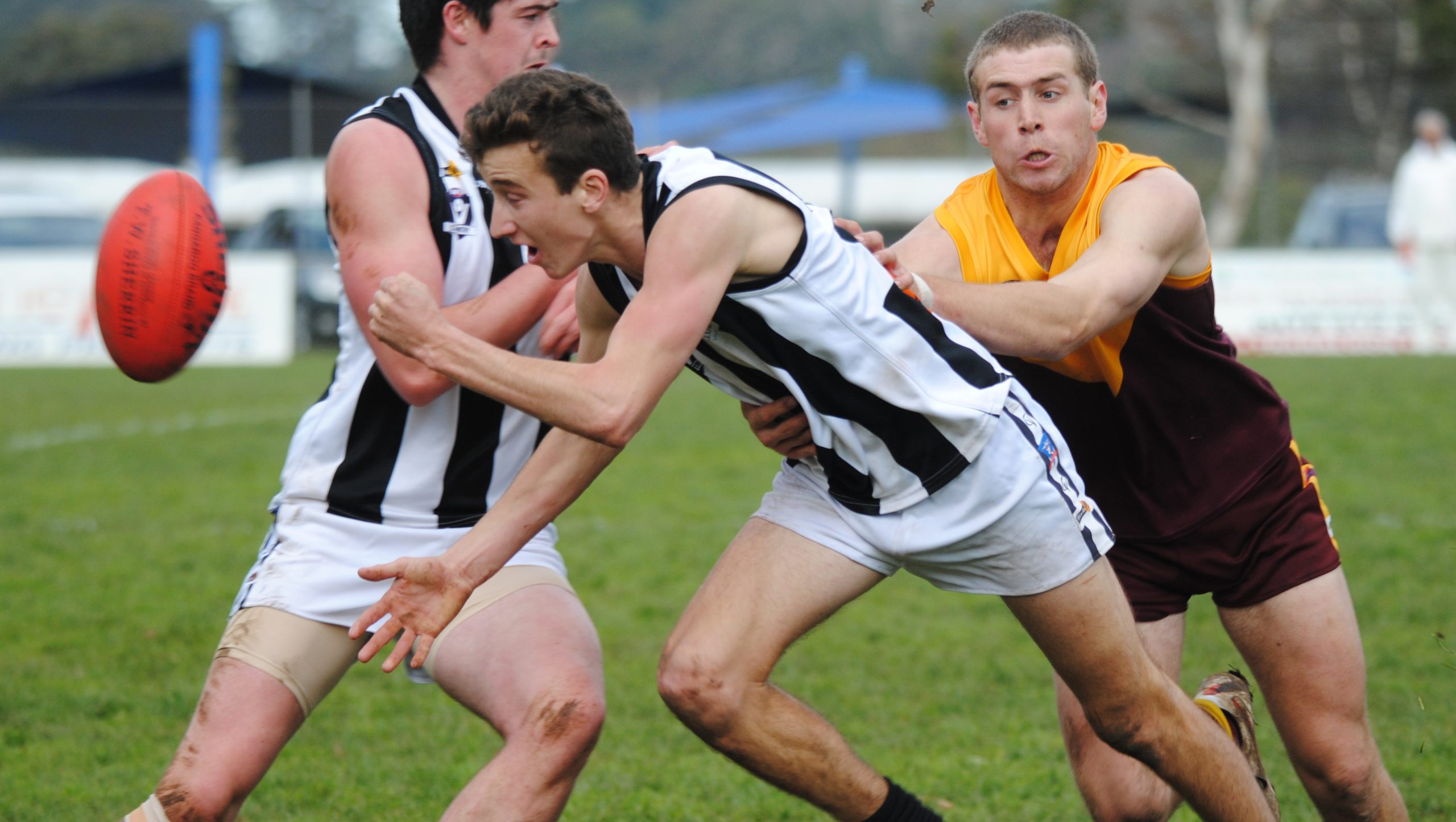 SALE will host Morwell in what will be a finals preview on Saturday night at Sale Oval.

The Magpies and Tigers have been the top two sides this Gippsland League football season, with only four losses between them, two less than third-placed Maffra.

In round nine at Morwell, the Magpies ended the Tigers’ unbeaten start to the season. Since then, the Magpies haven’t been headed with last weekend’s big win at Drouin guaranteeing them the minor premiership and a week off to begin the finals.

In recent weeks, Morwell has returned to the form which saw it sit on top of the ladder for five weeks this season.

Big wins over Drouin and Leongatha was followed-up by a nine-point win over fellow finalist Traralgon last Sunday. The Tigers were out-played early, but managed to lift when it counted.

Former Sydney and Collingwood player Anthony Rocca is unlikely to play the match he needs to be eligible to play in the finals. Rocca was a late withdrawal from the side last week because of an Achilles injury.

Dean MacDonald made up for Rocca’s absence by kicking five goals. MacDonald and Mannon Johnson have tested opposition defences this season.

Sale rested Matt Ferguson, who recently re-signed to coach the Magpies next year, for the game against Drouin, while Justin McLay and Kane Martin were unavailable.

If this trio plays on Saturday night, the Magpies will be hard to beat.

But Lachie Todd and Kane Fraser could miss the match after dislocating a finger and injuring a leg respectively during the win at Drouin. Both are likely to be right for the finals.

The Tigers must find a way to contain Jacob Schuback, who has been influential in the Magpies’ past two victories.

With these teams likely to meet in the finals, expect both to seek a psychological advantage.

The senior game will begin at 6.20pm.

THE focus on Saturday afternoon will be on the race to secure third spot on the ladder and a qualifying final against Morwell.

Maffra is in box seat, a win ahead of Traralgon and Wonthaggi.

The Eagles will travel to Warragul knowing a loss could see them fall to into an elimination final due to their inferior percentage compared to the Maroons and Power.

The Eagles will not be taking eighth-placed Warragul lightly as the Gulls showed much they had improved this season in only going down by 21 points at Maffra in round nine.

Last weekend, the Gulls were not far off the pace at Bairnsdale, losing by three goals.

Maffra had to work hard to defeat Wonthaggi at home, using the windy conditions better, particularly in front of goal.

Another key Gull, Mark Collison, will play despite the tribunal finding him guilty for striking during a melee at half-time of the Bairnsdale match. Collison received a reprimand after contesting the charge.

TRARALGON will host Leongatha knowing victory may not be enough to move back into third place on the ladder.

The Maroons have fallen short in recent tests against Maffra and Morwell.

Despite the nine-point loss to the Tigers on Sunday, the Maroons would have taken away positives which could come in handy should the clubs meet again during the finals.

Coming off a 130-point win against Moe, the Parrots should not be daunted by the trip to Traralgon as they have won their past three matches there.

The Parrots will be aiming to finish the season with a nine-nine record.

WONTHAGGI should have little trouble at home against Drouin.

The Power will be ruing its inaccuracy in front of goal at Maffra last week, going down by 28 points despite having two more scoring shots. With it, the Power’s hopes of claiming the double chance may have slipped away.

But from the way it played, Wonthaggi will trouble sides during the finals with a Saturday’s match a good chance to fine tune things.

For the third week in a row, Drouin suffered defeat by more than 100 points against Sale. This season has certainly been a learning experience for the young Hawks.

MOE will end a tough season at home against Bairnsdale, who will also miss the finals.

Victory would give the Redlegs a nine-nine season, their best since returning to the league in 2011.

Last weekend, the Redlegs were made to work for their home win against Warragul, while the Lions suffered another big loss, this time against Leongatha.

At Bairnsdale in round nine, the Redlegs only defeated the Lions by 18 points.