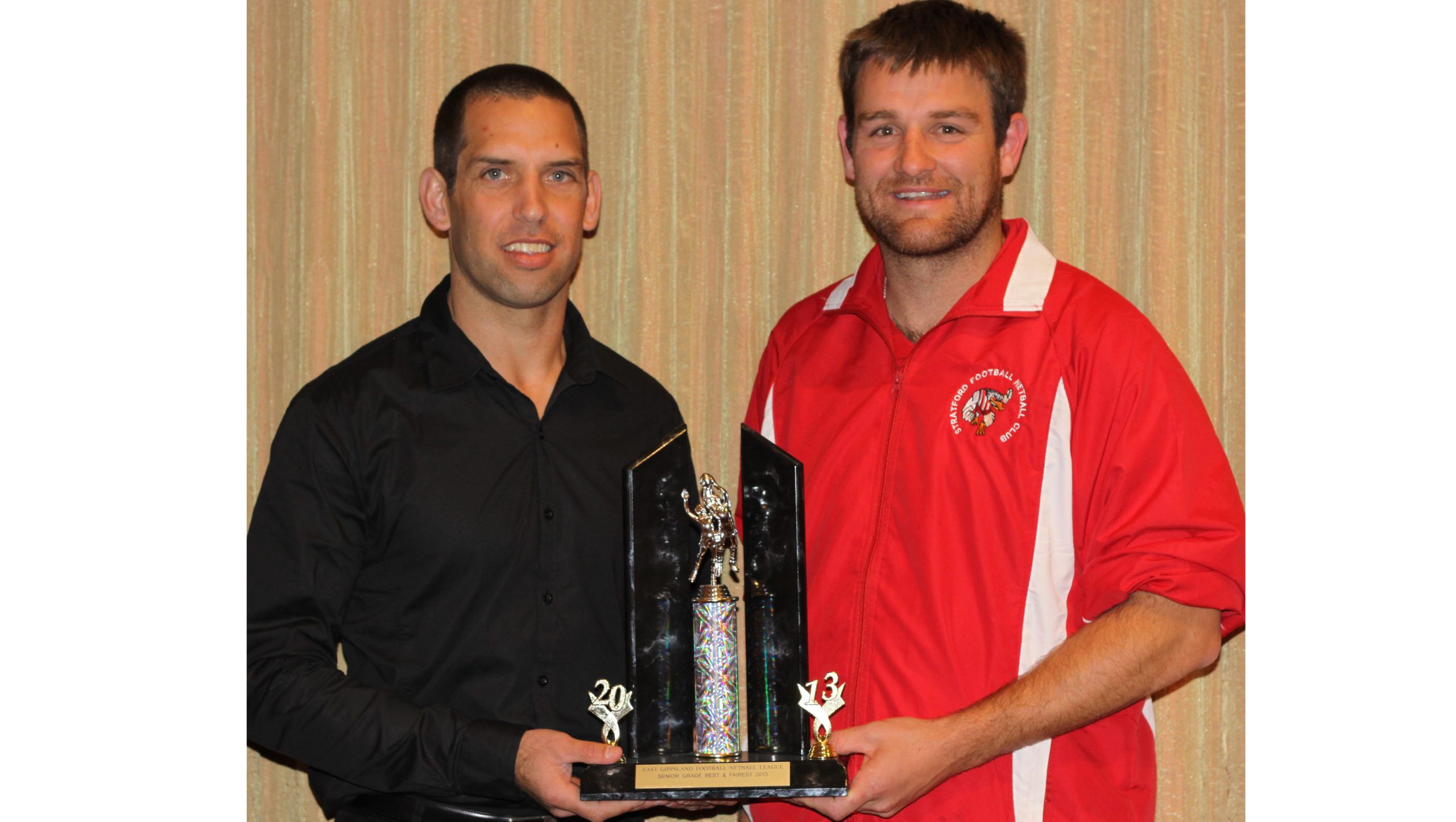 Only last year, the two were rivals in the Gippsland League.

Scholtes, last season part of Sale’s premiership team, and Jones, is in his first season back at Lucknow after winning premierships and league best-and-fairest awards with Maffra, tied for the top EGFNL award on 16 votes during Monday night’s vote count.

Lakes Entrance’s Graham Sellings won the reserves award on 19 votes, one ahead of Will Maynard from Lindenow.

Paynesville’s Peter Ritchie claimed the under 18 best-and-fairest on 35 votes with Stratford’s Jordan Robertson runner-up on 21.

THE top netball award was also shared with Bronwyn Evans (Lindenow) and Lucy Quin (Orbost-Snowy Rovers) level on 19 votes after the count, three ahead of Lucknow’s Tamara Gordon.