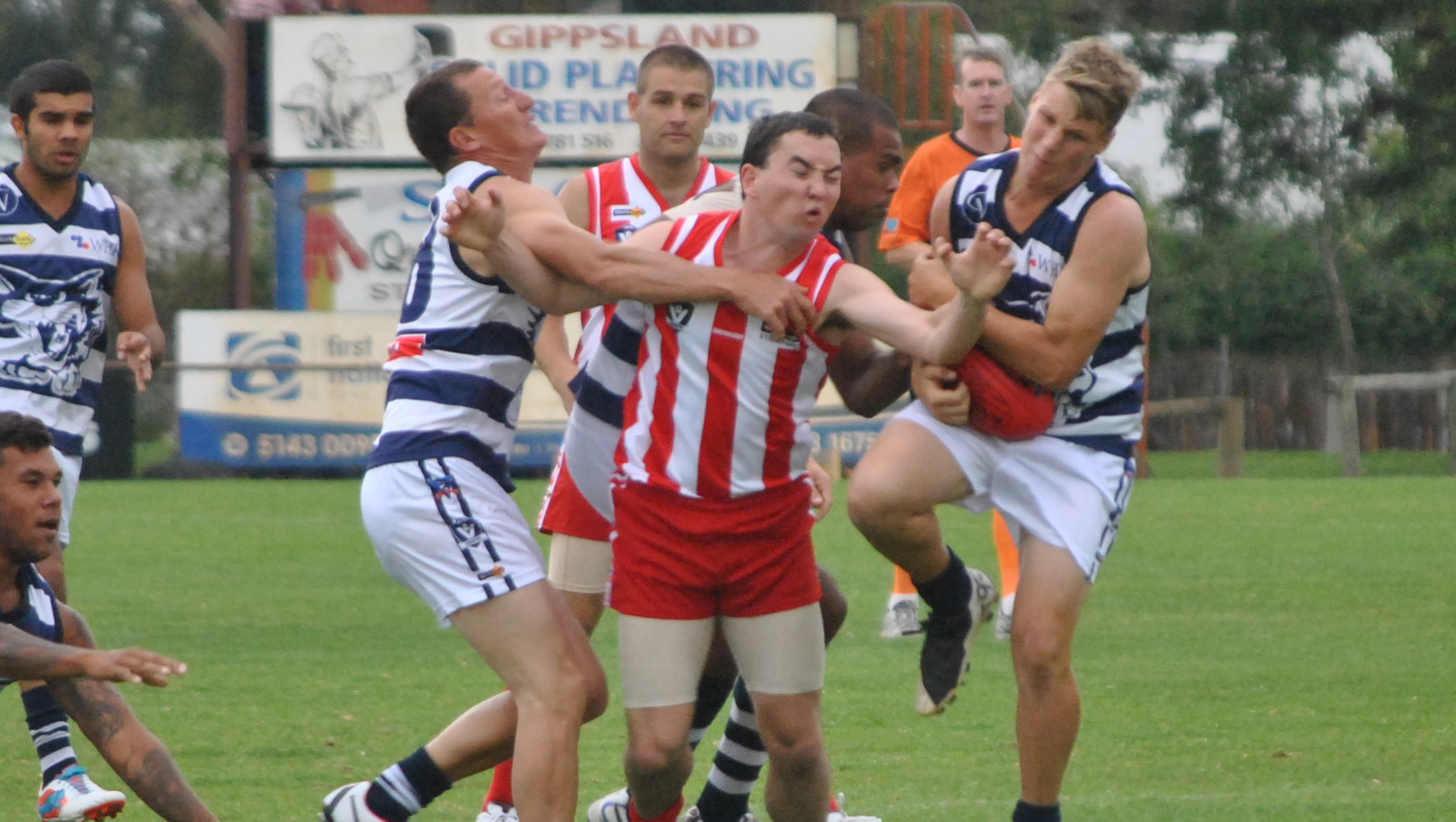 STRATFORD will meet Lindenow in the East Gippsland football first semi-final on Sunday.

Narrowly missing out on finals in its debut year in the East Gippsland Football-Netball League, the Swans have taken the next step in qualifying for the finals.

With the season 2013 ledger standing at two-one in Stratford’s favour, the Swans will be confident of getting the job done at Bairnsdale City Oval on Sunday to advance to the preliminary final against the loser of next weekend’s second semi-final between Lucknow and Paynesville.

Stratford has been getting key players back into the team in recent weeks, including Corey Scholtes and Kaine Kerton, but the Swans will also be buoyed by the players that have stood up in their absence.

Jack Bacon continued his good run of form last week, kicking three goals in a best-on-ground effort, while Nathan Channing has had a break-out year.

Promising youngsters Taylor Tatterson and Liam Lemon have shown glimpses of form this season, while Josh Kiss made a return to form in front of goal last week with three majors.

Michael Walker, Tye Morrison and David McLay can be relied on to perform in pressure games, while mobile talls Lachie Heywood and Allan Beechey can also be influential around the ground. However the Swans will meet tough opposition in Lindenow, who have been regular participants in finals action in recent seasons.

Stratford’s defence will have its work cut out, and will need Jordan Clegg and Gavin Bickery to lead the way in shutting down the Cats’ potent attack.

Luke Schumann, Matt Busch and Brett Walker all provide targets, while Michael Delaney can be elusive when in his best form.

The Cats will be boosted by an additional four points in the player points system for the remainder of the year, after it was discovered an administrative error from a league level as putting them at a disadvantage in this department.

LINDENOW will also be in the action in the reserves, taking on the third-placed Lakes Entrance.

Stratford will take great interest in this match. Taking on Lucknow in the second semi in a week’s time, the Cats or Seagulls could be a future finals opponent.

The Seagulls lead the season tally two-one and will be hoping to replicate their round 15 form against the Cats, where they ran out easy winners.

The Cats will still have some belief, looking back to round one when they easily accounted for the Seagulls.

STRATFORD will fight to keep its season alive in the under 18s when it meets Lucknow.

The contest could go either way, with just percentage separating the sides on the ladder following the home-and-away season.

The Swans enter the contest in good touch, easily disposing of the bottom-placed Lakes Entrance last week and would have been buoyed by their accurate kicking in front of goal, booting 17.4.

The Swans will be hoping to reverse the result of their round 17 encounter, where they were thumped to the tune of 76 points.

Stratford won its first two encounters in season 2013, comfortably accounting for the Magpies in round four and holding on by just four points in round 11.