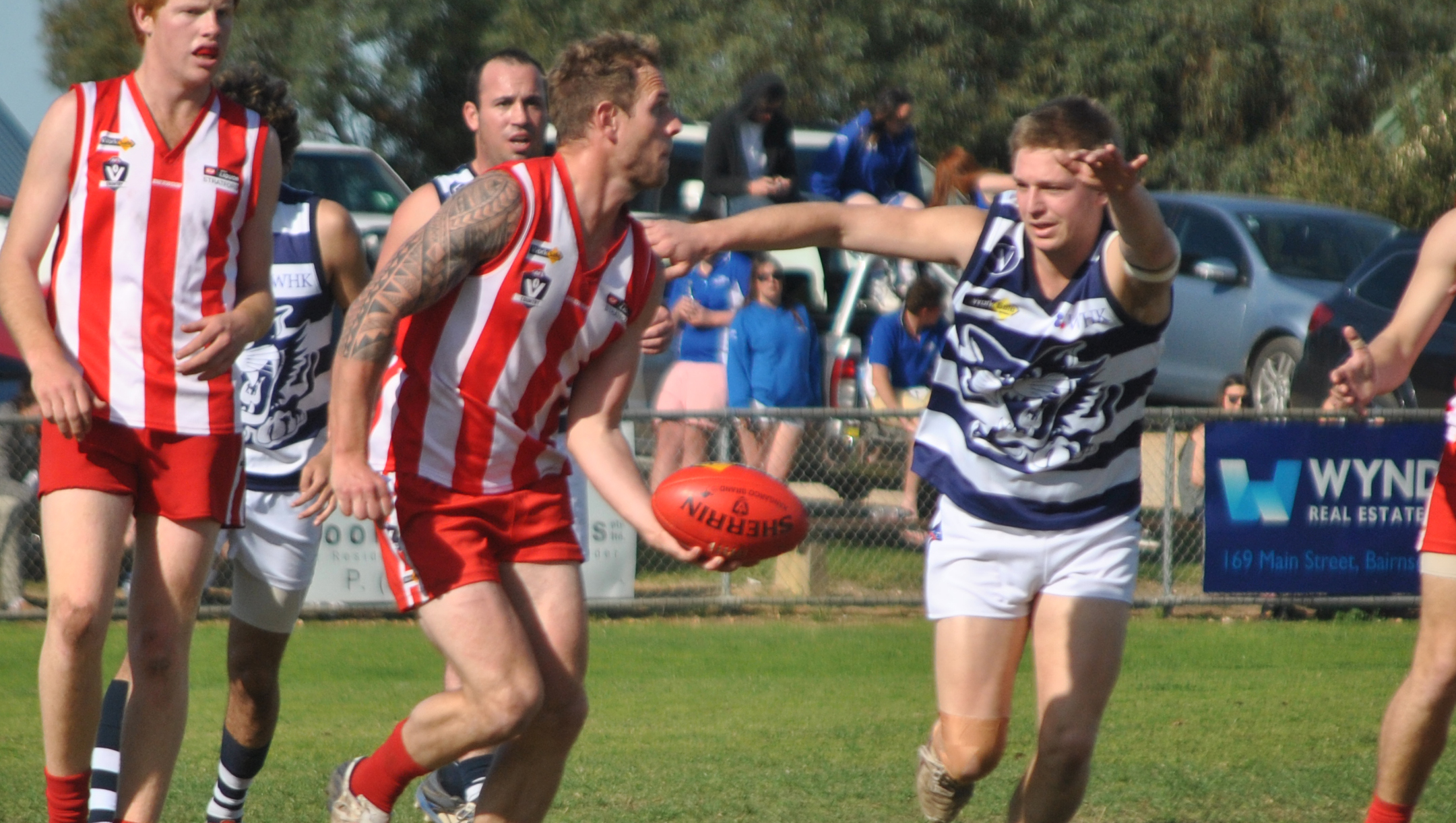 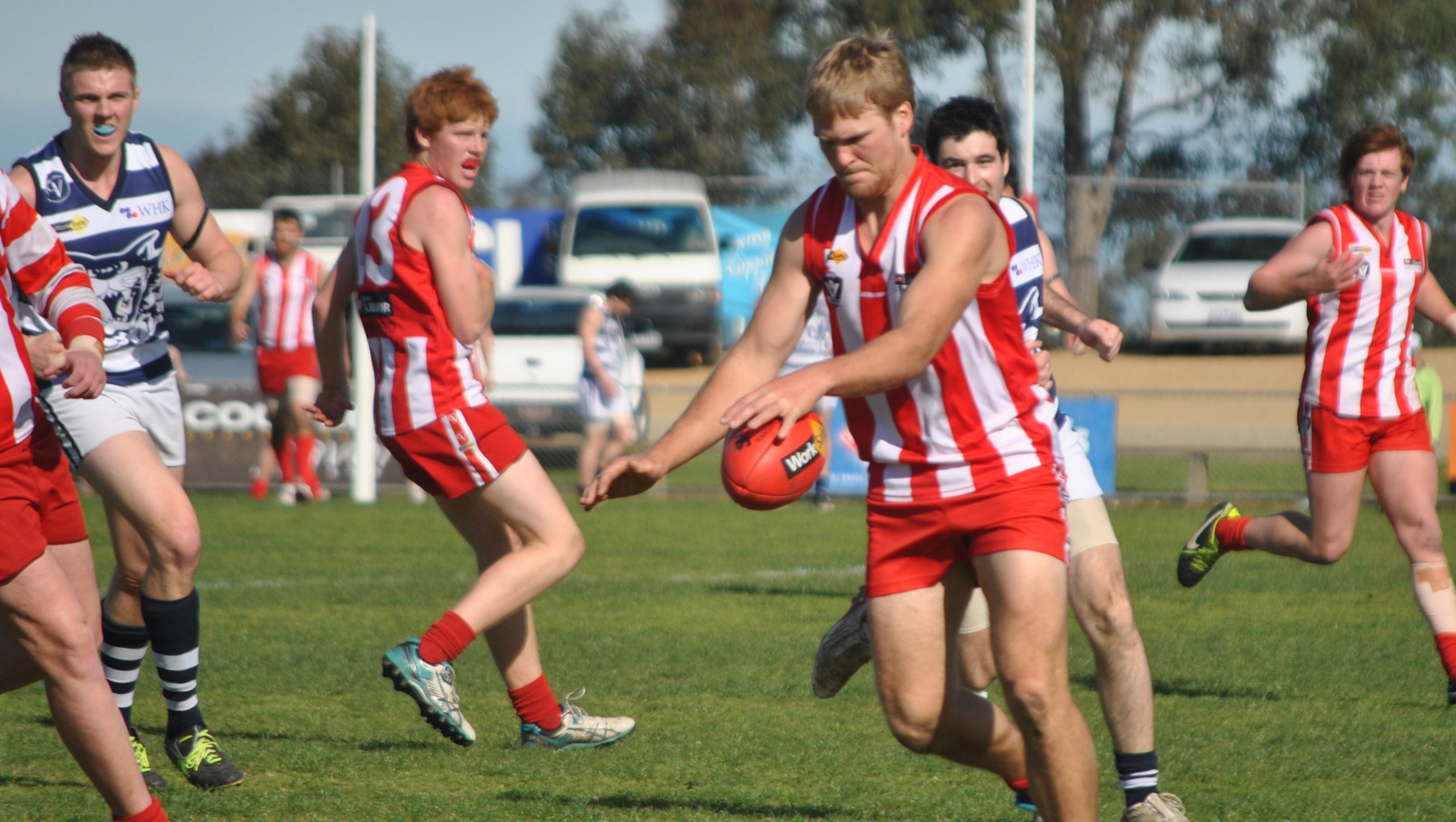 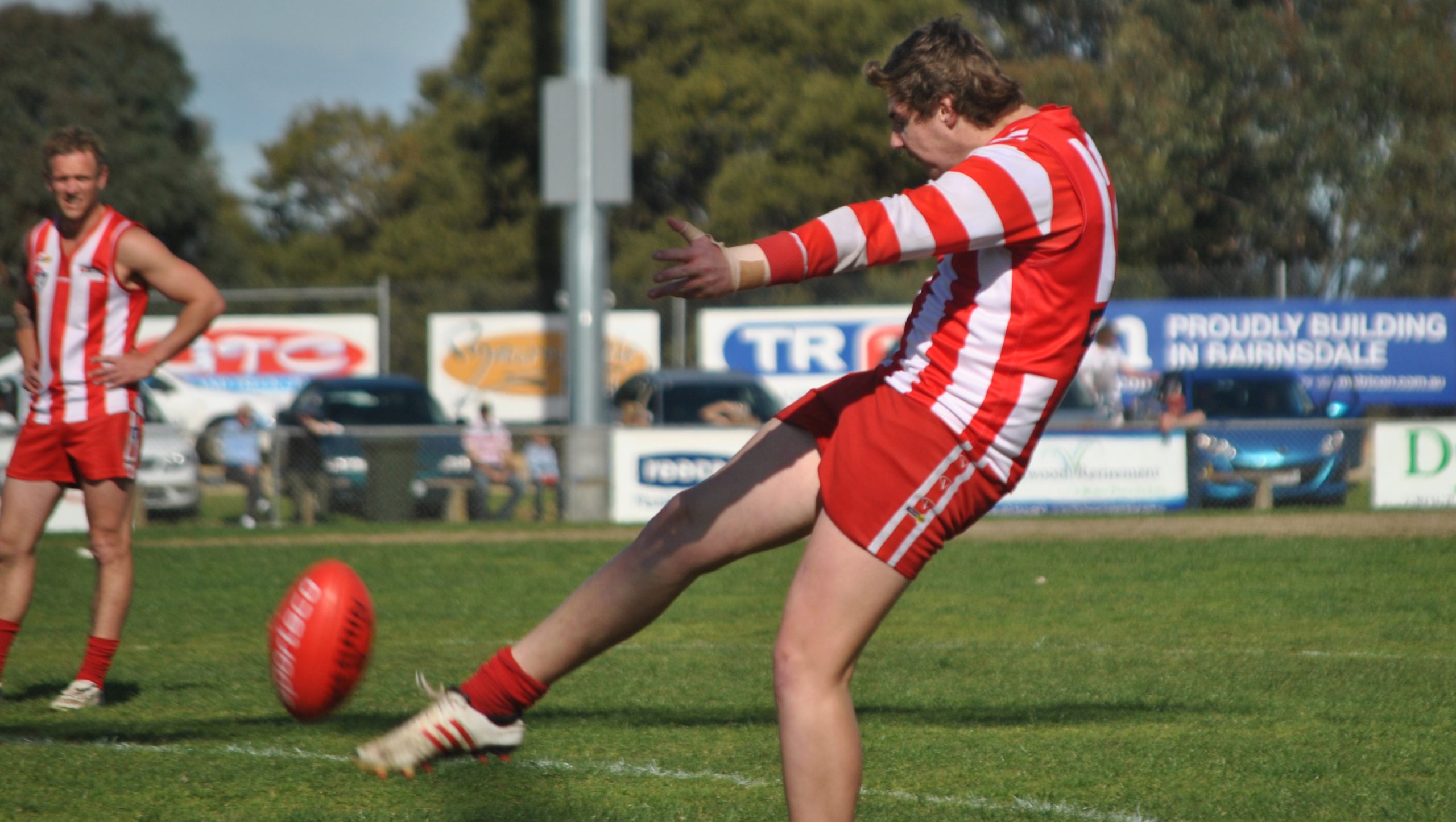 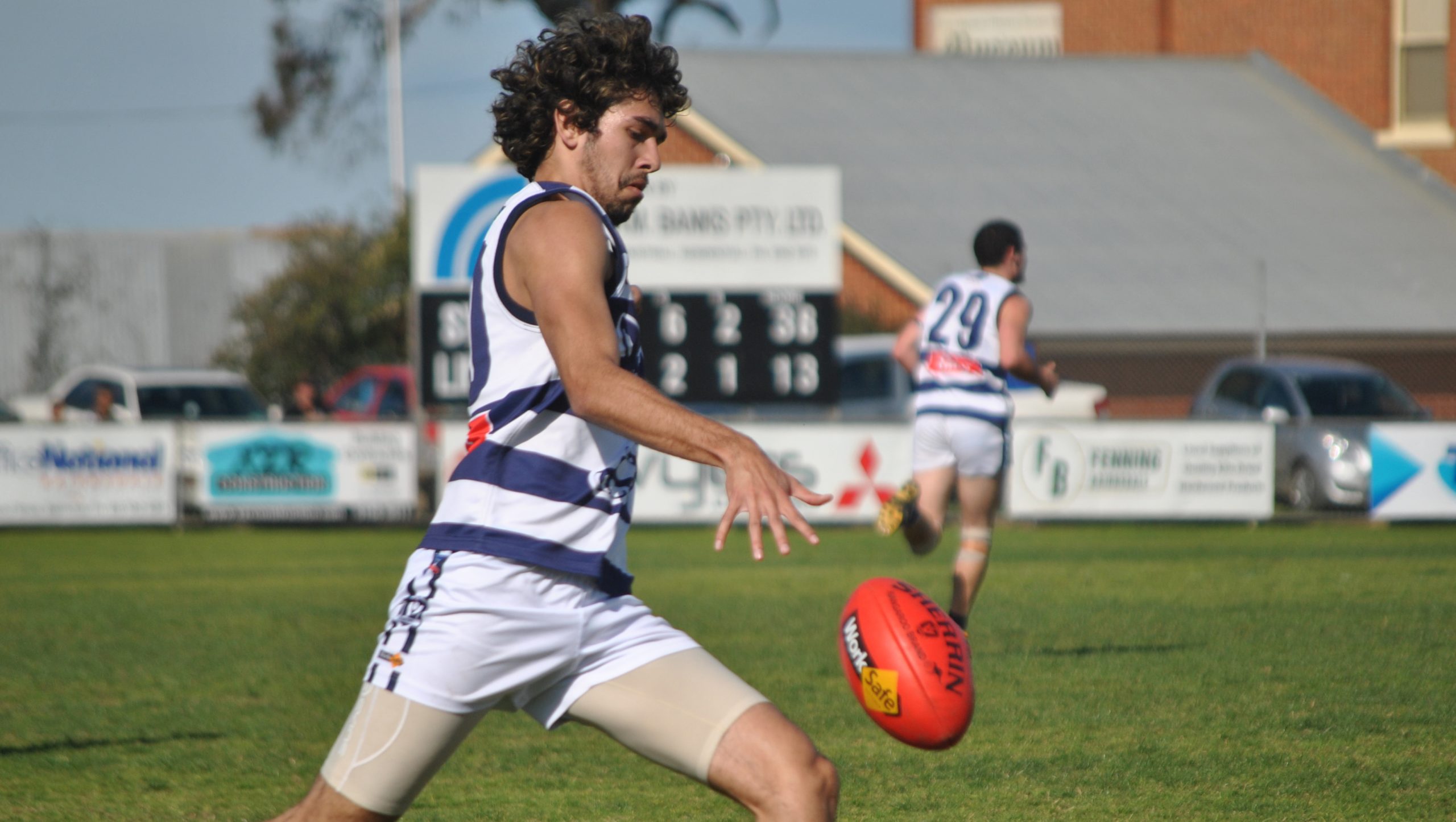 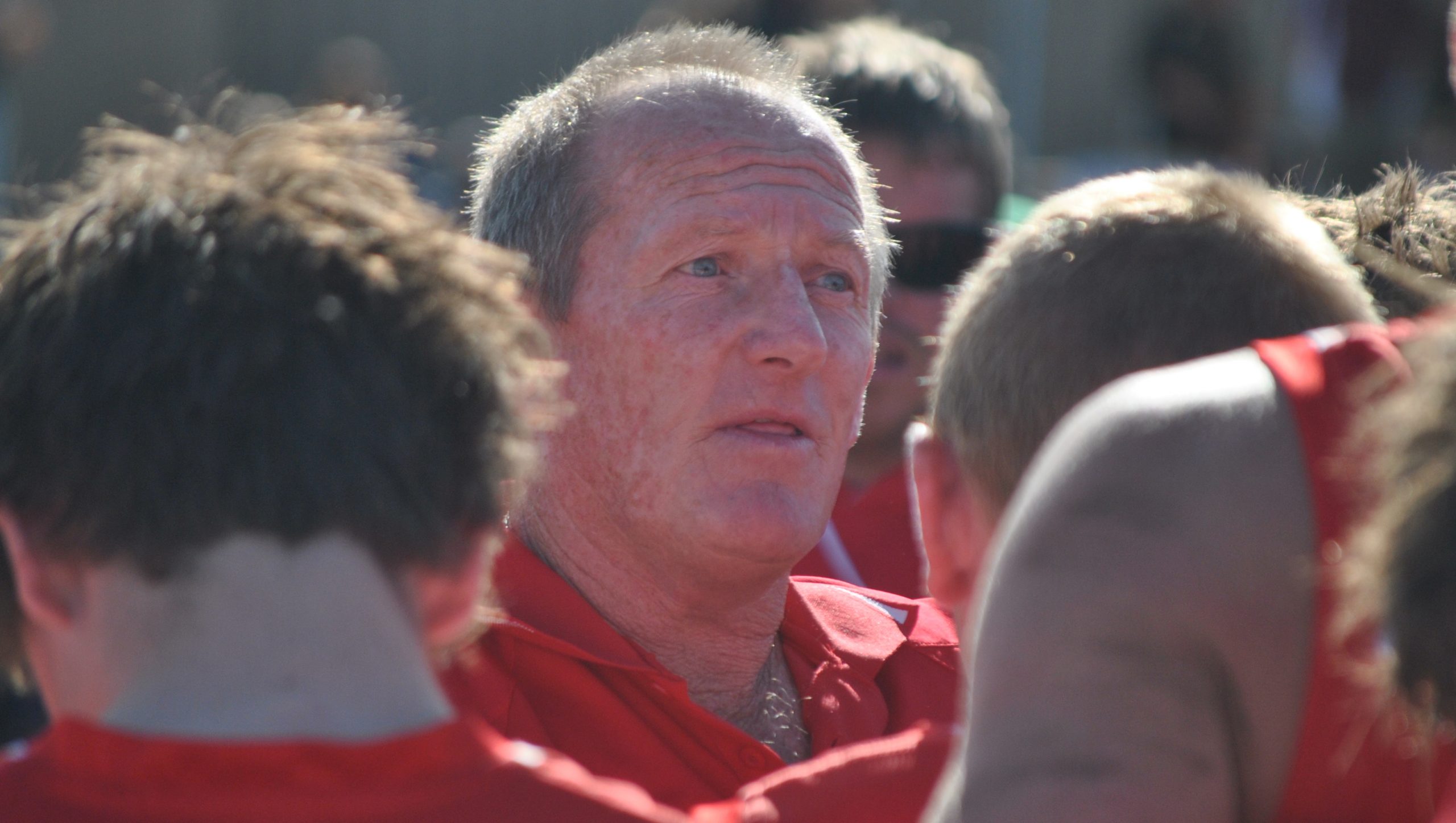 STRATFORD made a statement to the rest of the East Gippsland football competition on Sunday.

The Swans showed they are very much a contender for the premiership, playing sublime football to easily dispose of perennial finalist Lindenow to the tune of 80 points in the first semi final, 20.12 (132) to 7.10 (52).

A strong first half set-up the victory for the Swans, who were on target in a 13-goal opening half.

The Cats would get within 16 points in the second term, but Josh Kiss was in-form in front of goal, kicking the last four goals of the half as the Swans took a handy 46-point lead into the long break. Kiss would finish with a bag of nine majors.

Four goals to one in the third term would ensure the match was in Stratford’s keeping, but the Swans would also win the final term to run out easy winners.

The Swans got out to an early lead in a high scoring first term, kicking seven goals to three to take a four-goal lead into the first change of ends.

Stratford had the advantage of a slight breeze in the opening term, but it was the Swans’ ability to win the hard ball and subsequent clearance that set-up many of their scoring opportunities.

Adding six goals in the second quarter, the signs were ominous with Kiss starting to mark everything that came his way in the forward 50.

The Swans had the game all but won with a commanding 68-point three-quarter-time lead and didn’t let off, winning the final term with three goals to one to round out a comprehensive victory over the Cats.

Kiss was back to his damaging best in front of goal with nine majors, while Jack Bacon continued his good run of form with four goals.

Jarryd Clohesy and Lewis Bolton were also prominent for the Swans.

Promising youngster Cameron McPhan and Will Blackley were also prominent.

STRATFORD’s under 18s was the first Swans’ side to bow out, going down to Lucknow.

The Cats booted six goals in each term to run out 133-point victor.

Jamie Ball booted seven goals for the Cats, while Mathew Baylis and Nathan Storer finished with four goals each.