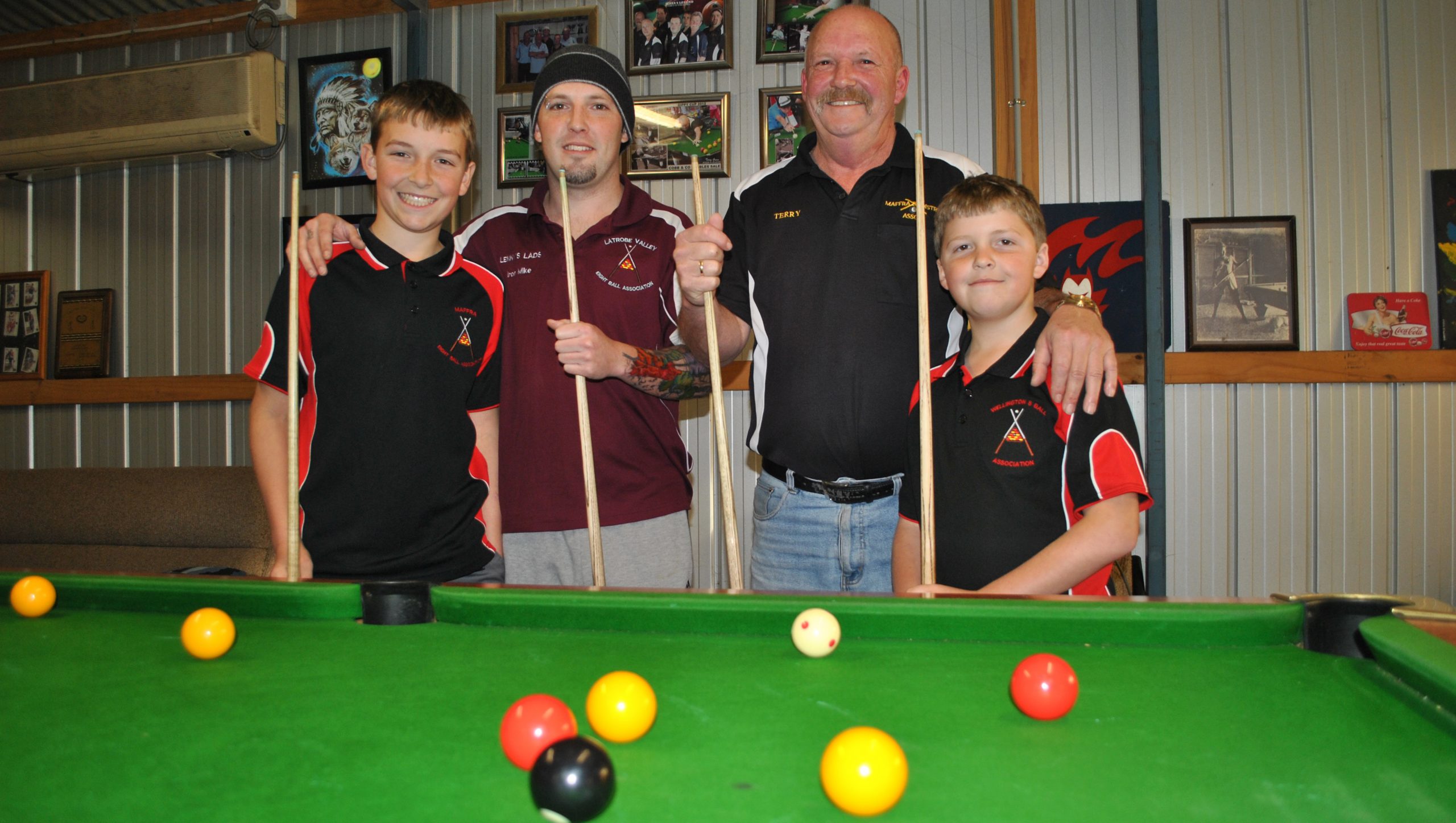 MAFFRA locals Cameron and Jack Green have been selected to represent Victoria in the sport of pool after trialling for the first time.

After watching their father Terry and older brothers Michael and Jamie play at home and having the occasional go themselves, the boys began training and competing in Bundoora in April this year.

The sport is a big part of the family with Terry playing in the Wellington Eight Ball Association and Michael competing in the Latrobe Valley competition.

Jamie used to play in the Maffra and District Pool Association, with Cameron and Jack associated with WEBA but playing in Bundoora in a pool hall environment, which is junior friendly.

“Once a month they go to Bundoora for competitions and have come home with trophies from their events,” mother Katrina said.

“They have been mucking around on the table at home since three; as soon as they could reach over the top or get on stools.

“But these were the first ever competitions they have really played in.”

Following their latest tournament win, the boys have been awarded 12-month Pool Victoria contracts for the junior state squad team, who will compete in Melbourne in January in a week long tournament against other states for the National title.

The boys will attend a presentation night on September 7, when they will receive their trophies and uniform, and have stepped up preparations since their state selection, practicing at home daily.

The boys will need to attend regular training and meetings in Bundoora, and are seeking sponsors.

Anyone interested in sponsoring the boys can email wellington8ball@live.com.au or phone WEBA president Leon Lett on 0429 212 206.

Tickets to the Pool Victoria junior presentation night can be obtained by phoning Katrina on 0412 966 591.