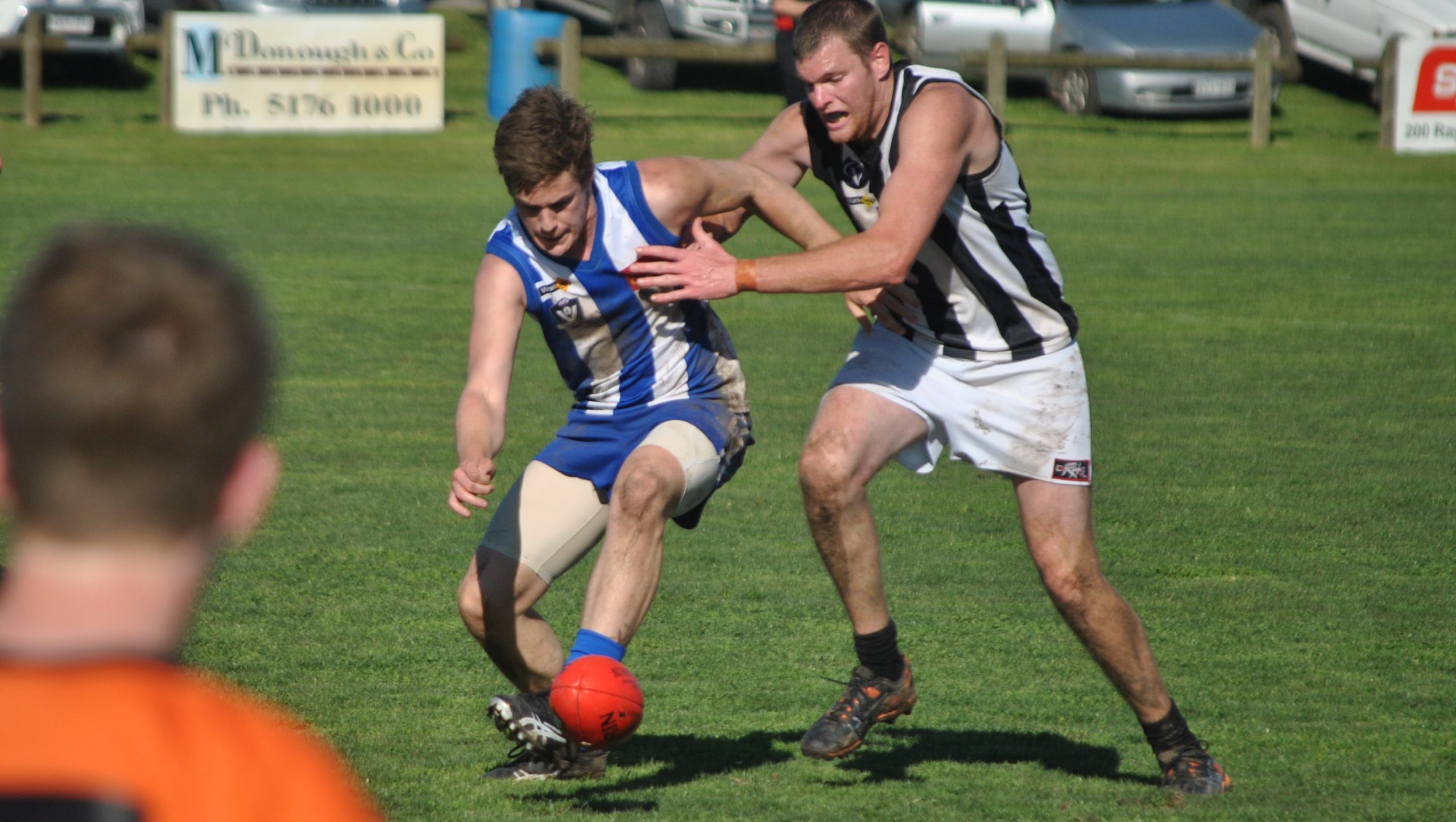 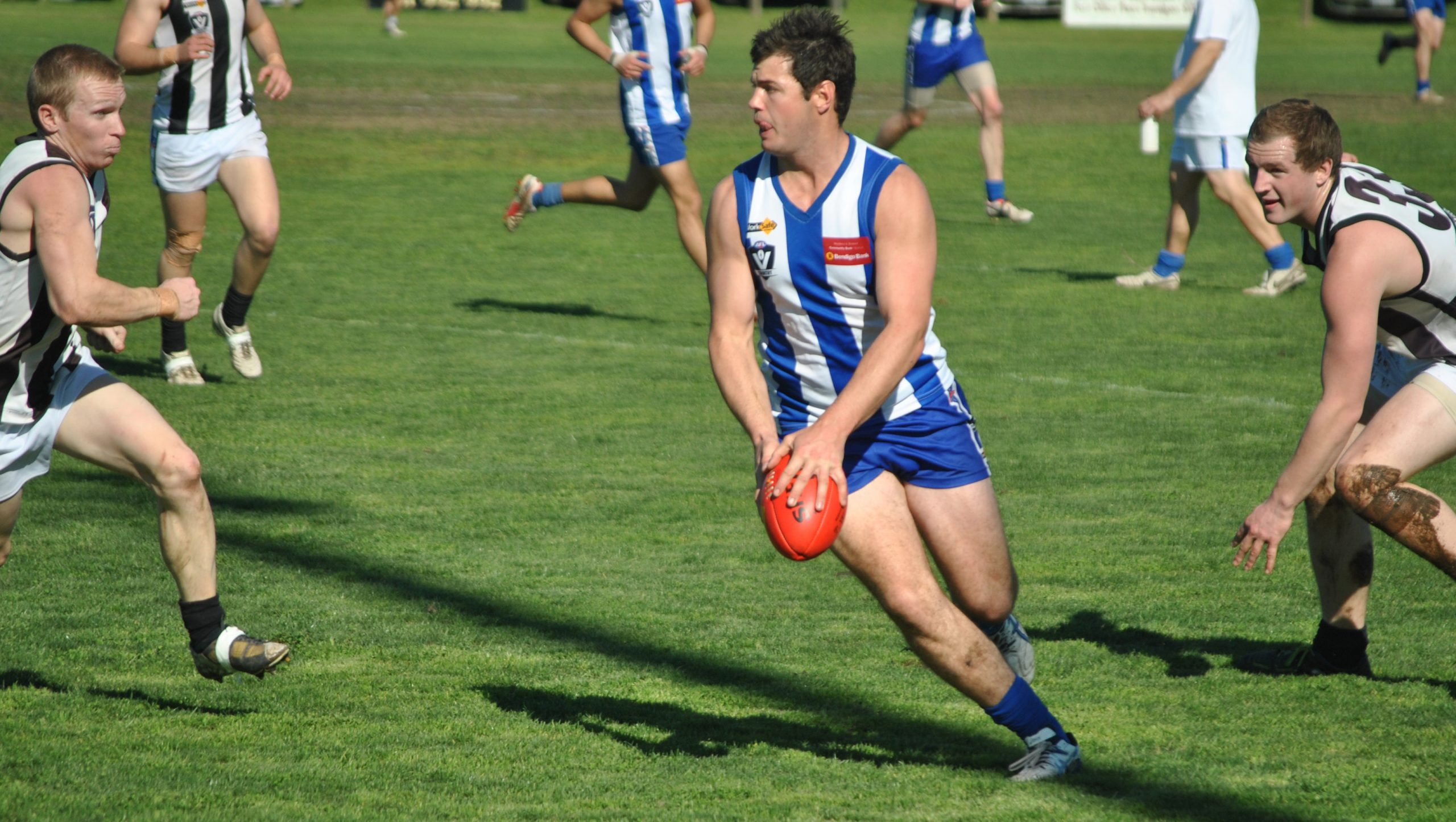 The Magpies managed to stay within reach of Heyfield in a dogged first half at Rosedale before clicking into gear in the third term, piling on the first two goals before adding a further three to draw within a point of the Kangaroos at the final change.

It was all one-way traffic in the final term with the Magpies, through power forwards Josh King and Mark Engley, quickly opening up an unassailable match winning lead.

Glengarry’s control of the game in the third term was ensured by its midfield dominance. The Magpies’ champagne midfield amassed disposals and more than doubled the number of times they moved the ball into attack during the match winning quarter.

The Magpies’ 11-goal to five second half has put fellow premiership hopefuls on notice as they won 18.8 (116) to 15.8 (98). The Magpies’ rampage was blistering with the side showing no effects of a dogged contest in heavy conditions during the first week of finals.

In an explosive start, Ross McDermott opened proceedings with Glengarry’s first goal before Heyfield replied with two majors from coach Adrian Cox and Jesse Bedggood. Glengarry added its second through King as the sides went toe-to-toe.

Heyfield’s Kodie Woodland settled the play and capitalised on his opportunity in front of goal before the man they call “Mr September”, Brett Szabo registered his first of three majors ahead of quarter-time.

Trailing by two straight kicks at the change of ends, Glengarry began the second term strongly with Engley splitting the sticks with a booming kick from close to 60 metres out. Engley fired off a quick handpass to Robbie Cahill who ran into goal to level the scores.

The Kangaroos stemmed the Magpies’ charge on the scoreboard with Jesse Jackway scoring from tight on the boundary. It was followed by Heyfield’s second goal for the term, with a soccer kick off the ground in the goal square finishing of the hard work of Shaun Humphreys and Josh Stubbe.

There was plenty of passion in the physical contest with Glengarry’s Cahill feeling the full brunt of a solid bump by Matt Bedggood, who found himself yellow carded and sin binned for his indiscretion. One man down, Heyfield was forced to make a number of changes to cover the void in the back line with the side boasting a four-goal lead.

Engley added two quick majors to place the Magpies within striking range at the halfway mark of the contest.

Spurred on by a vocal crowd behind goal, Glengarry scored the first two majors of the second half before Szabo provided Heyfield with some breathing space with this second goal. The September specialist added another minutes later thanks to the sharp delivery into the forward by Mitch Dowse.

King began to stamp his supremacy on the contest with his one of six majors for the day reeling the margin back to 15 points.

Neither side could break through the opposition defence as hard tackles were laid, crunching bumps and hard chasing continued to feature.

An over the shoulder free kick was awarded against Heyfield defender Jesse Leeds with King gifted another major as he put the Magpies within striking distance.

Engley added yet another as he put the Magpies within a point at the final change.

With the chips down, Heyfield coach Adrian Cox lifted his game to another level in the final term as he looked to spark the premiers, but it was all Glengarry early.

Engley carried on from where he left off before the break, opening proceedings to hand the Magpies the lead for the first time since the opening term. It was followed by two majors to King and suddenly Glengarry held a four-goal buffer.

There was no stopping the Magpies and while two quick majors to Heyfield kept it in reach of snatching victory, it was the Kangaroos’ more experienced players who went missing in the final quarter when the match was there for the taking.

In the end, the final term was a formality, the Magpies peppering away at the goals, a precession of play makers standing tall in front of goals.

Heyfield registered late goals but were left to rue numerous missed opportunities and poor choices over the course of the afternoon.

Glengarry’s Chris Panayiotou left nothing in the locker room, setting-up play around the ground in a stellar performance. Engley came in and out of the game in a dominant performance, finishing the day with five majors, Dean Pearce was busy and King finished the match with a bag of six goals.

Humphreys was instrumental in a dominant performance against Aaron Winkler and Luke Forbes in the ruck, Leeds was a loyal servant in defence while Nic Dowse and Brent Dinsdale were solid performers throughout the contest and never gave up.