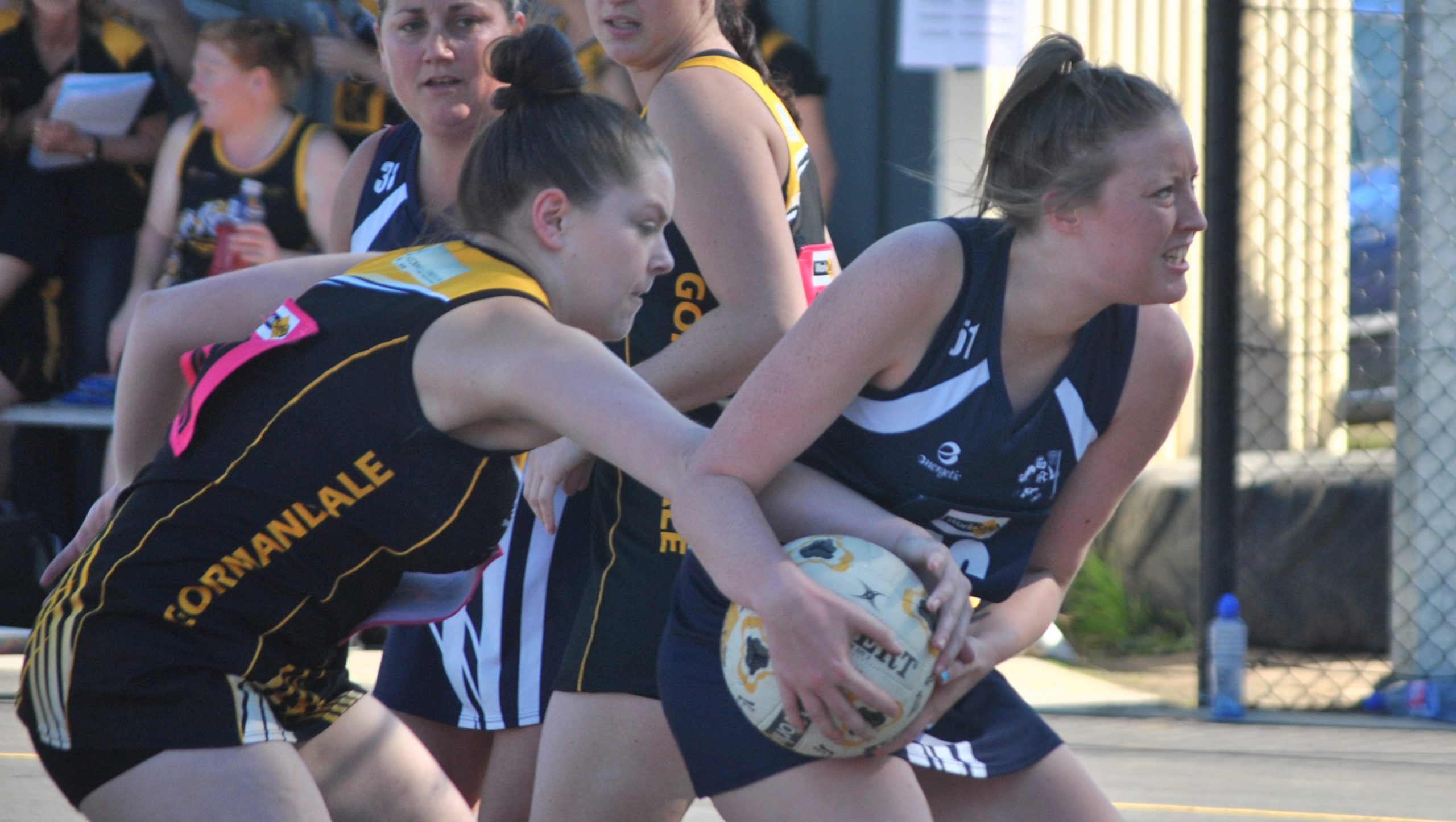 The Tigers won a thrilling second semi-final at Rosedale on Saturday 45-44.

In the preliminary final this Saturday at Maffra, the Cougars will play Heyfield, who defeated Woodside 39-27 in Sunday’s knock-out first semi-final at Heyfield.

Gormandale also booked a place in the B grade grand final with a 33-30 second semi-final win over Rosedale. Sale City won the first semi against Traralgon-Tyers United 42-37 to book a preliminary berth against Rosedale.

In C grade, Gormandale defeated Rosedale 39-37 in the second semi-final, while TTU ended Glengarry’s season with a 40-28 win in the first semi.

In the under 17s, TTU defeated Heyfield 35-32 in the second semi-final and Sale City defeated Glengarry 39-25 in the first semi.

TTU moved into the under 15 grand final with a 28-18 win over Sale City, while Heyfield knocked-out Woodside, winning the first semi-final 25-22.

LUCKNOW advanced to the East Gippsland A grade netball grand final after a 45-43 victory over Stratford in Sunday’s second semi-final.

Stratford will get a second chance to secure a grand final berth when it meets Wy Yung in the preliminary final on Saturday at Bairnsdale.

Stratford lost the B grade second semi-final to Lakes Entrance 38-17. The Swans will play Lindenow in the preliminary final.