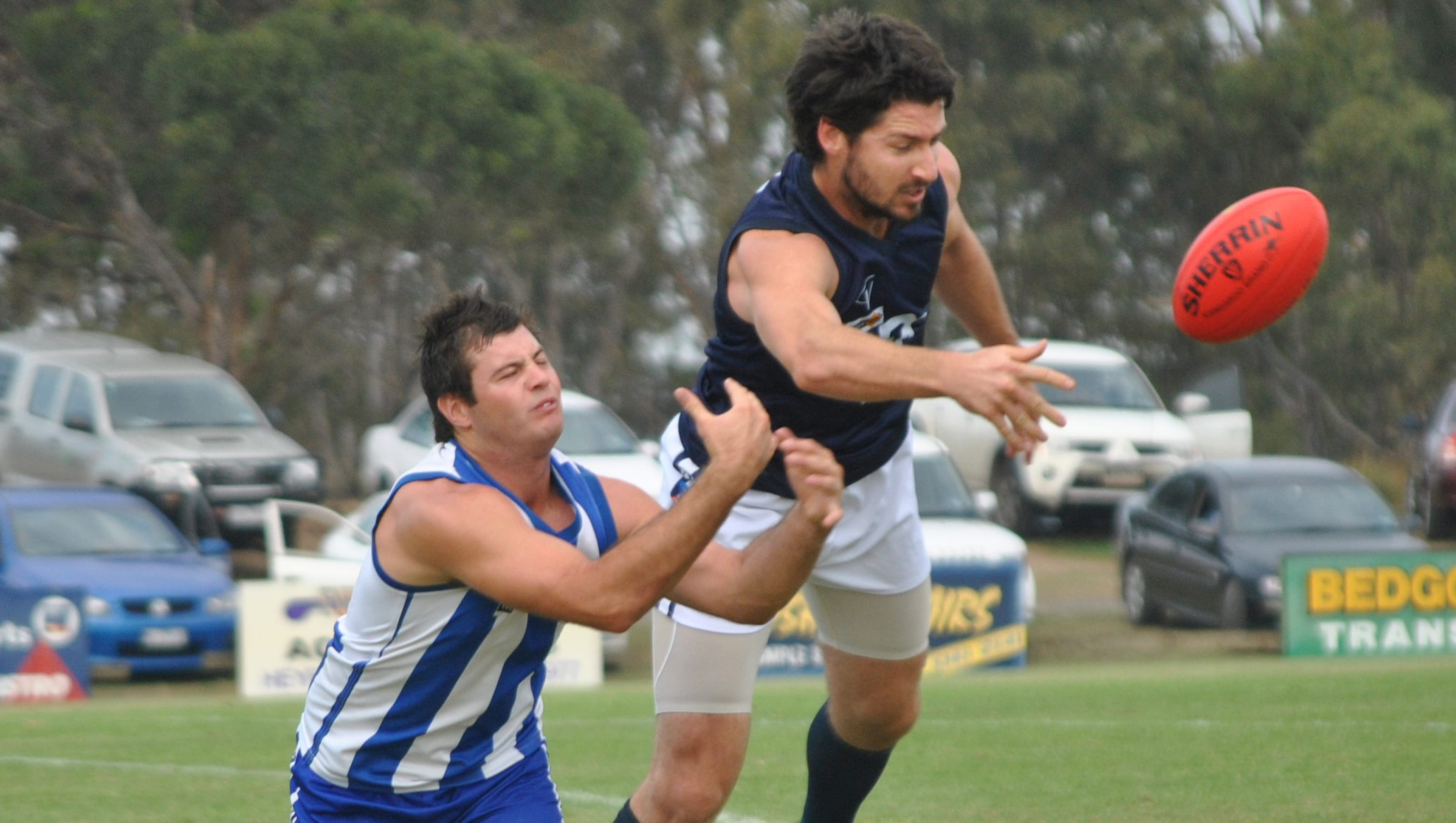 HEYFIELD will be looking to keep its North Gippsland football premiership defence alive when it meets Rosedale, a side which has had the Kangaroos’ measure this season, in the preliminary final.

Glengarry moved another step closer in claiming its first premiership since 1996 after defeating Heyfield in the second semi-final last weekend, giving the Magpies a valuable week off to recover from what was a bruising encounter.

The Magpies will eagerly watch from the sidelines as the Kangaroos and Blues battle it out for the other grand final berth on Saturday at Maffra.

Despite pre-season predictions they would languish outside the top five, the Blues began the season strongly by defeating the Kangaroos in a rematch of the 2012 grand final rematch.

It was this resurgence and the fact that the Blues are the only side to account for the Kangaroos twice during the home-and-away season that has Heyfield assistant coach Jesse Leeds under no illusion about the challenge which waits.

“Rosedale is a good side who have had our measure throughout the year, however finals are a completely different ball game where anything can happen. It doesn’t matter what happened during the year it’s all about Saturday,” Leeds said.

“We turned off at half-time last Saturday against Glengarry, up until that point we had been playing good footy and then we lapsed a little bit which gave them a sniff and they punished us as good sides will.

“It was a good hard fought game as finals should be. It was a real finals contest where the intensity was lifted to another level.”

Leeds said the Kangaroos needed to focus on the second chance against the Blues.

“The result didn’t go the way that we wanted, but that’s why we worked hard to get the second chance so we now need to focus on the game at hand and hopefully come away with the goods,” he said.

“The first time we meet Rosedale we lost by two goals, we really kicked ourselves out of the contest scoring 16 behinds after controlling the ball for 70 per cent of the game. It was our errant kicking that cost us.

“Second time around we narrowly lost by a kick in a period where the side was in a real lull. We lost to Rosedale and Glengarry the following week and had about five to six games where we were playing poor opening halves.”

Leeds said the Kangaroos would need to play to their game plan and “go out on the front foot”.

“It’s going to be tough, but if we go out and play our style of footy and back ourselves it should go a long way, we’re looking forward to it,” he said.

Rosedale have been convincing in their two knock-out finals clashes.

Coming into the contest on the back of a blistering 10-goal victory over Traralgon-Tyers United, the Blues are confident that they can again make their way from fifth position to book a grand final berth as they did in 2010. But they will face an almighty obstacle in Heyfield.

While the Blues have beaten the Kangaroos twice this season, coach Nick Leechino said finals were a different ball game.

“Every time that we play Heyfield the guys get up and about, there is just something about the two sides so we need to make sure that we have the best side out there that can put together a four-quarter effort that’s required,” he said.

“The guys have known what’s at stake each week, this week they will need to elevate their game to another level. We will need a bigger effort – this is it, there is plenty at stake.

“I won’t be happy finishing third nor will the guys, we have won the two games to get to here and we have two more to win.

“There is a fair bit at stake for Heyfield also, it’s just not about us. They would have been gutted that they lost the way they did last week.”

After being forced to make three changes for last week’s semi-final, Leechino conceded there was likely to be some changes to the Blues’ line-up.

IN the reserves, Heyfield awaits the winner of Saturday’s preliminary final between TTU and Cowwarr.

In the thirds, Cowwarr will need to rebound strongly against Sale City, who was ruthless against TTU. The winner will meet Churchill, who defeated Cowwarr last weekend to advance to its second grand final appearance in three seasons.