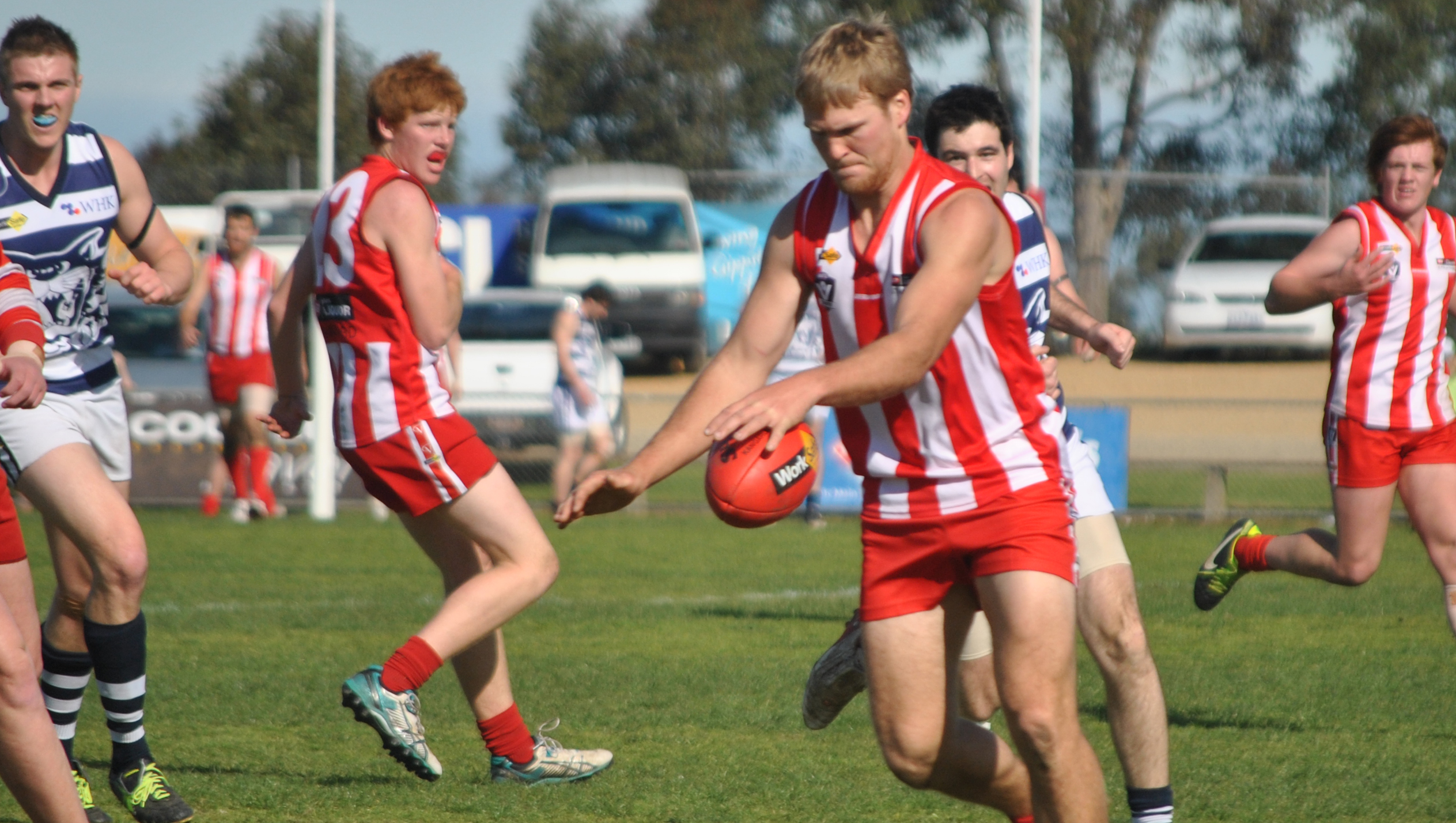 STRATFORD will play Lucknow for the right to take on Paynesville in the East Gippsland football grand final at Bairnsdale City Oval on Saturday.

Having won through to the preliminary final after comfortably accounting for Lindenow two weeks ago, the Swans will enter the contest fresh against a Magpie outfit which played out a tough contest against Paynesville last week.

While the Magpies have had the Swans’ measure during the past two encounters with comfortable victories, the Swans will enter the contest with some confidence. Stratford has defeated each side on at least one occasion this season, and will be hoping for a repeat of its round four clash with the Magpies where it ran out a comfortable 50-point victor.

Aiming for back-to-back flags, the Magpies will enter the preliminary final favourite but the Swans will welcome the underdog tag.

In order to win, the Swans will need to contain the Magpies’ potent attack, led by Andrew Gieschen and the creative Brent Isles. Brenton Martin and coach Gary Jones are also capable of pushing into attack and hitting the scoreboard.

At the other end of the ground, the Swans will be hoping both Josh Kiss and Keiran O’Dwyer can fire, while Jack Bacon has been hitting the scoreboard with some running goals in recent weeks.

Both sides boast a strong midfield, and this could be where the match is won and lost.

The Swans will be hoping Kaine Kerton and Lachie Heywood can give prime movers Corey Scholtes, Michael Walker and Tye Morrison first use, while Nick Channing has had a good year.

Magpies David Donchi and Ash Smith will be key players the Swans will be looking to contain on Saturday.

STRATFORD will also be in action in the reserves preliminary final.

Leading early in last week’s second semi-final before falling away, the Swans will be hoping to earn another crack at Lucknow in the grand final and avoid going out in straight sets.

The Swans will be challenged by a resurgent Lindenow side, who made a statement in dishing out a hiding to the third-placed Lakes Entrance two weeks ago.

Coming off a week’s break, the Cats will be a dangerous proposition.

PAYNESVILLE and Lucknow will meet for the right to take on Lindenow in the under 18 decider.

The Gulls will be hoping to bounce back after a heavy defeat to the Cats in the second semi-final, while the Magpies won through to the preliminary final following a strong win over Stratford in the first semi-final.