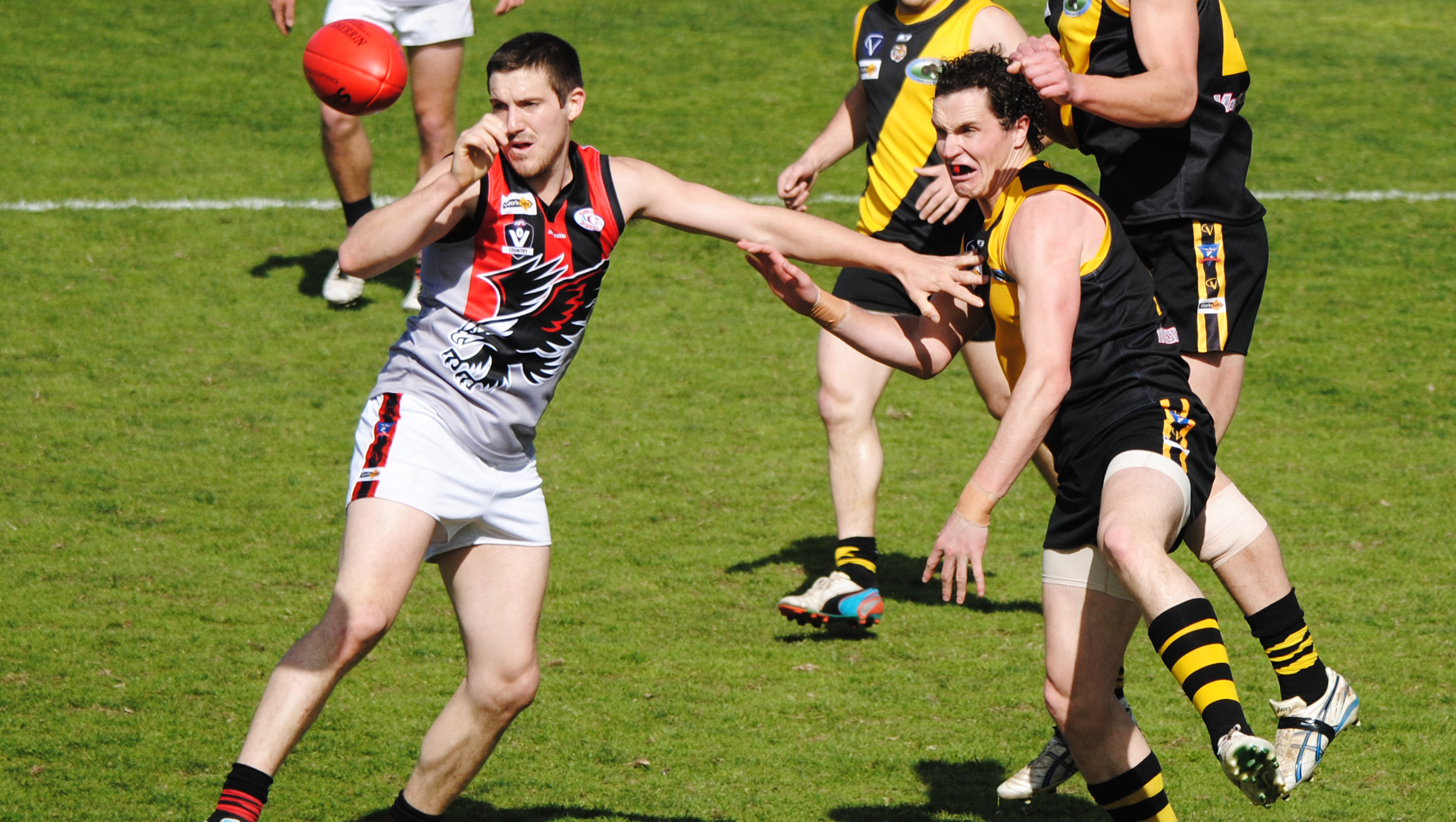 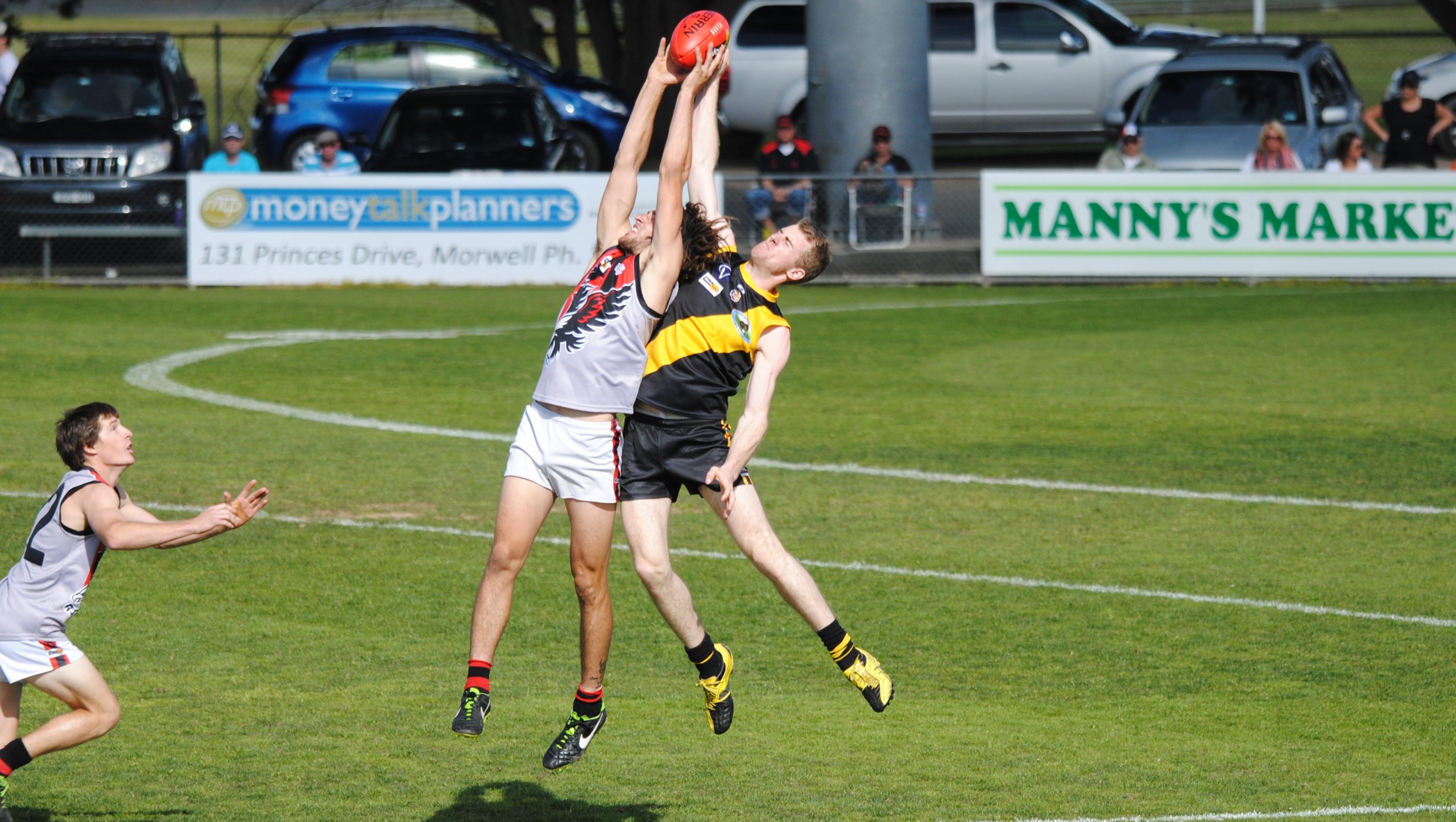 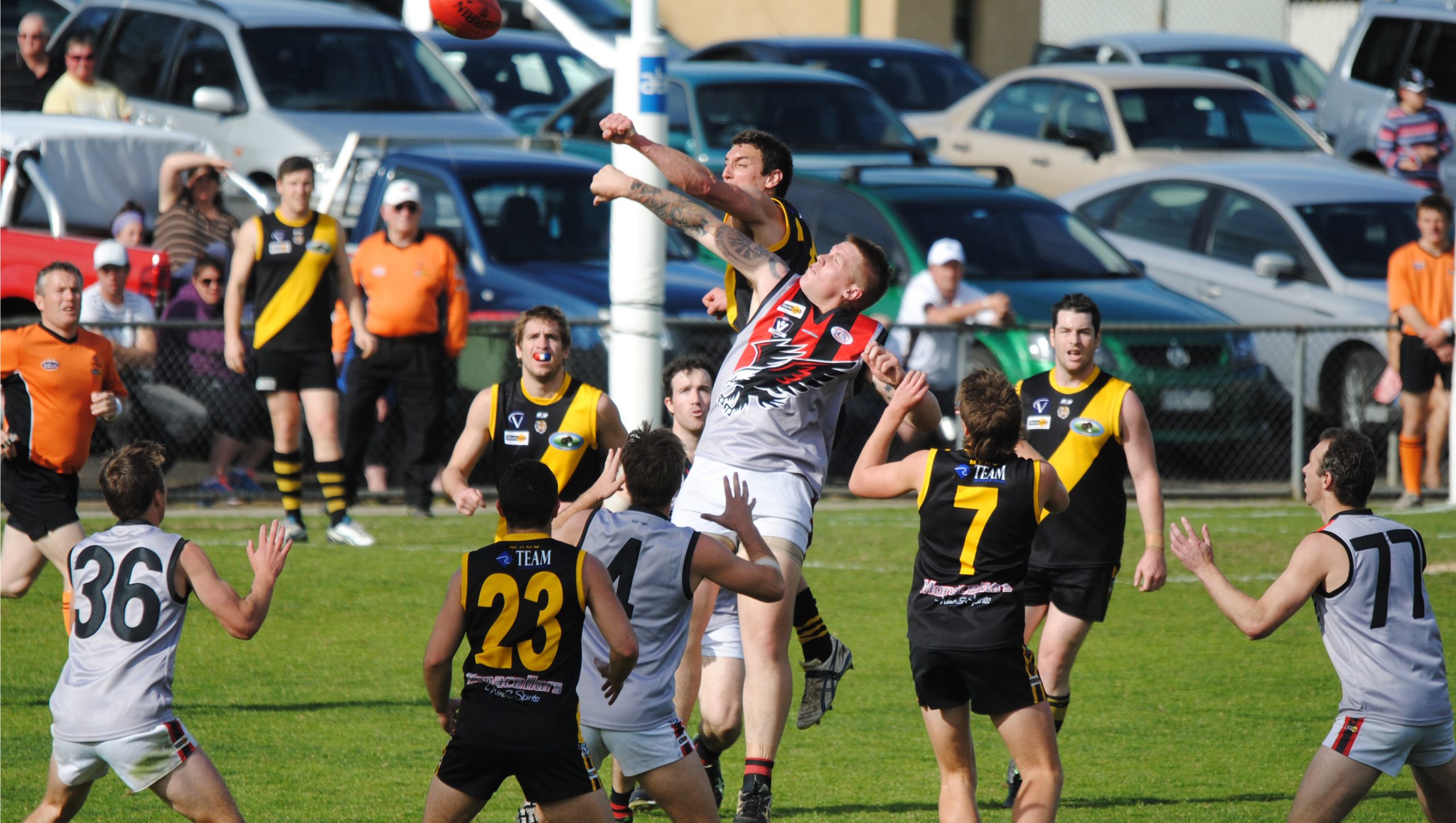 Maffra would have been buoyed by the returns of coach Hayden Burgiel and James Hammill from injury, but the Tigers had winners all over the ground.

Simple mistakes cost the Eagles, but the Tigers could have punished them more as they booted 12 goals from 31 scoring shots.

The fact the Tigers restricted the Eagles to just six goals for the match is testament to the constant pressure they applied.

The Tigers were able to stop the Eagles’ trademark of moving the ball quickly into the forward line.

The decision to move the preliminary final to a Sunday, and avoid a clash with other grand finals across Gippsland, paid dividends with almost $18,000 received at the gate, $6000 more than last year’s corresponding match.

Tom Hutton and Campbell MacInnes was the best of a solid Morwell defence which repelled Maffra attacks.

Winston Gieschen was clearly Maffra’s best player, working hard to work the ball out of defence and stop Morwell in attack.

Alex Carr tried hard in midfield, while Darren Sheen and Daniel Bedggood, with three and two goals respectively, did provide targets in attack.

In a sign of things to come, the Eagles were unable to tackle Soutar, whose kick found Lockyer for the first goal. Moments later, Lockyer gathered the loose ball to boot the second.

A long kick from the centre from Burgiel found its way through the tight Morwell defence to Sheen, whose goal appeared to have settled the Eagles.

But Lachlan Dowling received a free kick after being felled off the ball, with his goal followed by a Soutar major from the boundary to take the margin out to 18 points.

A goal from Bedggood reduced the deficit to 12 by quarter-time.

The Tigers could have taken the match away from the Eagles in the second term, but they booted 2.8 to 1.3. Sheen did also miss a couple of shots which he normally would have made.

There was a period when the sides kicked 11 consecutive behinds between them.

A goal from Sheen just before the siren cut Morwell’s lead to 23 points by half-time.

Lockyer’s third goal took the margin back out to 30 points at start of the third term. A Daniel Hutchinson goal completed a good piece of play from his teammates for the quarter’s only other goal.

Trailing by 33 points at the final change, Maffra coach Burgiel asked his players to take risks, but they needed to get the ball first out of the centre.

Any hope the Eagles had to snatching victory ended when Hutchison kicked his second goal early in the final term.

The Eagles did put a little bit of respectability into their score with late goals from Brent Connelly, Adrian Burgiel and Bedggood, but the Tigers were always in control of the match.