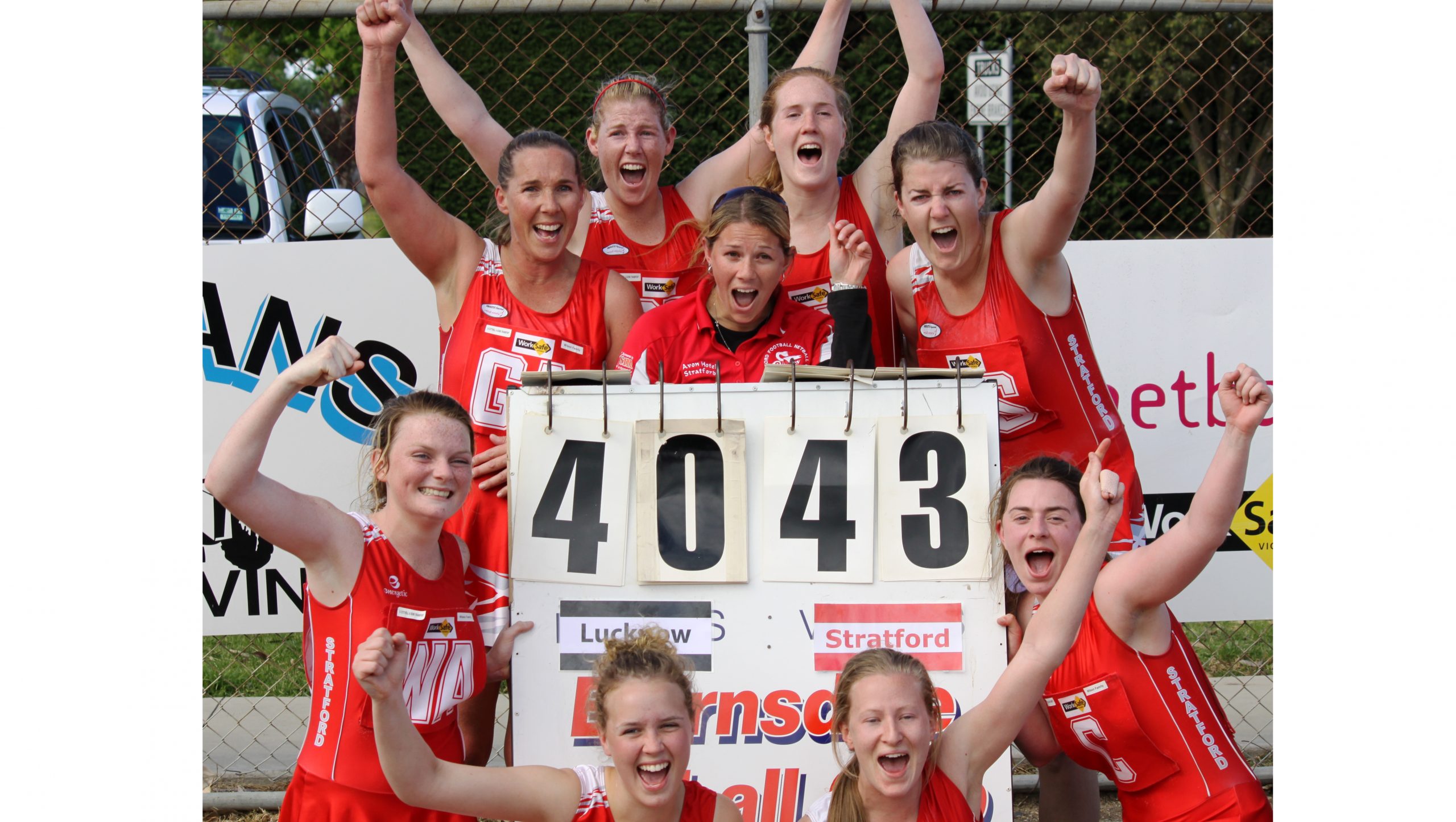 The Swans held strong in the final term of the A grade premiership decider to defeat Lucknow 43-30.

Stratford began well to lead by six at half-time before the Magpies reduced the deficit to one by three-quarter-time. The Swans responded to the challenge to out-score the Magpies and win by three goals.

The Swans weren’t as fortunate in D grade with Wy Yung winning 33-31.

Lakes Entrance claimed the B grade premiership with a 37-34 win over Lindenow, while Orbost-Snowy Rovers won the C grade reserve title 34-27 over Wy Yung.