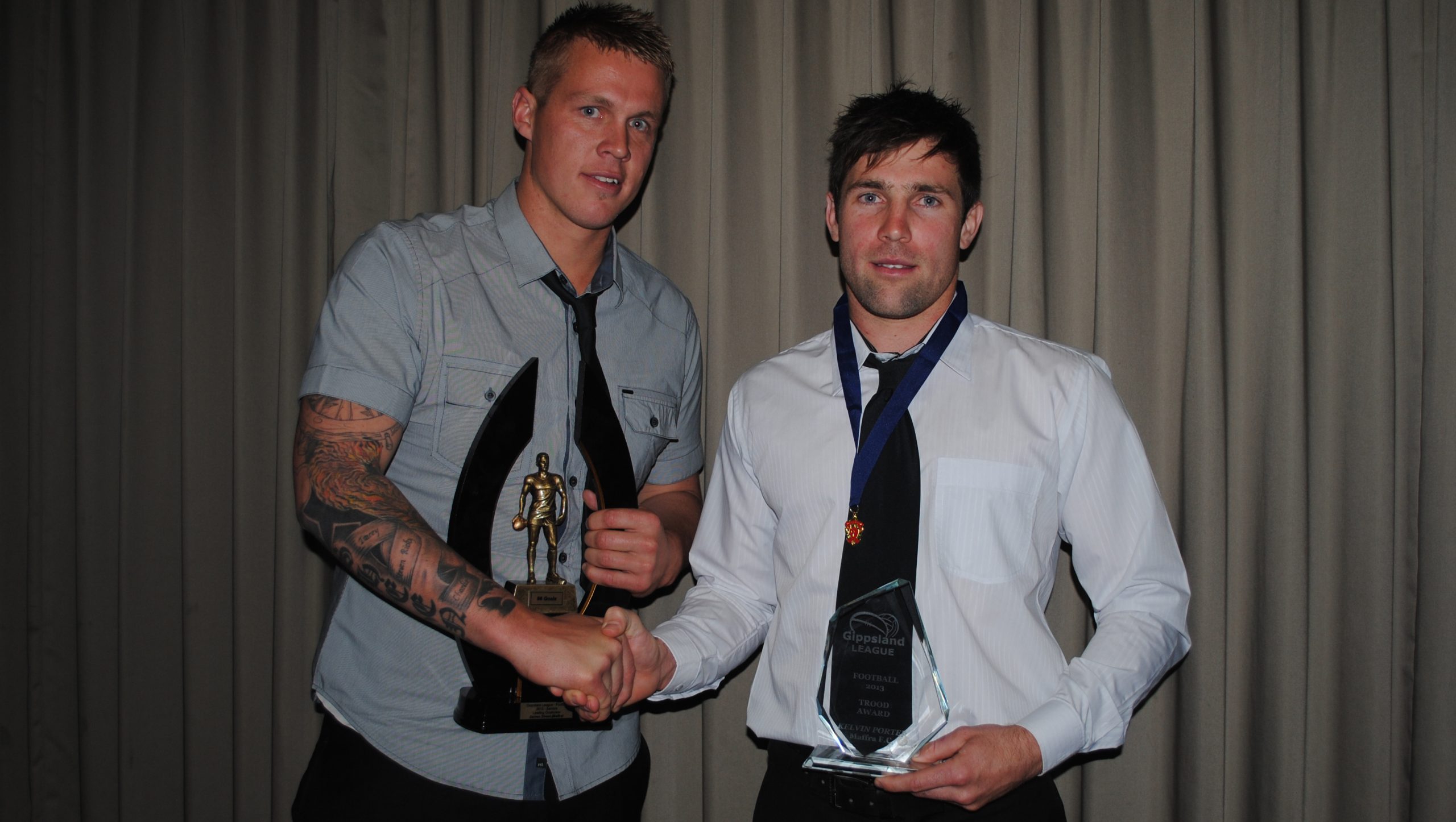 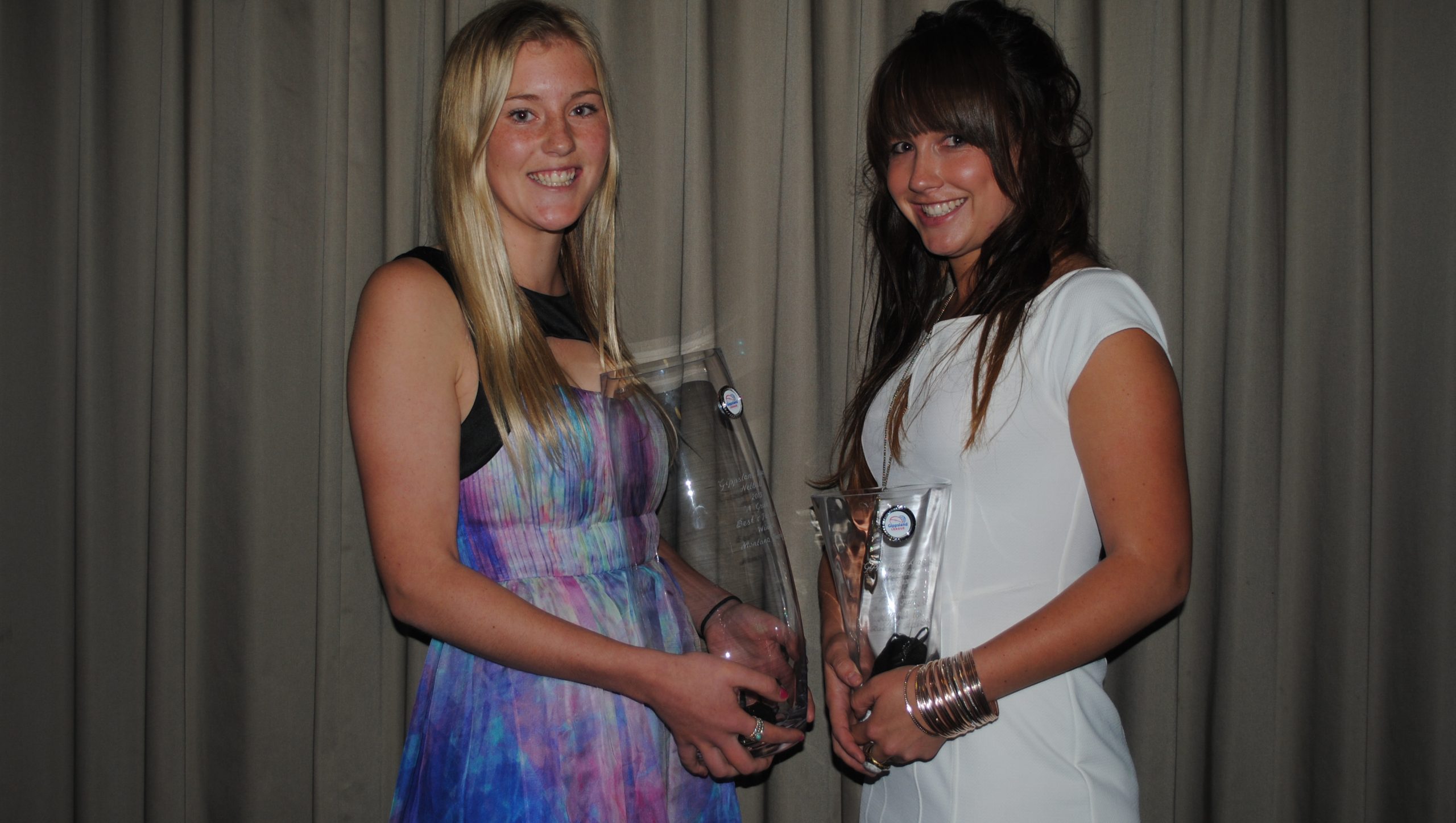 MAFFRA on-baller Kelvin Porter has taken out the Trood award and Rodda medal, while Sale’s Montana Holmes took out the A grade netball award.

Despite not playing the last three matches of the home-and-away season, Porter held on to win by two votes from Bairnsdale big man James Gibbs and last year’s winner, Sale centreman Luke Collins. They were followed by Lucas White of Wonthaggi on 16, Morwell captain Joel Soutar (15) and Warragul’s Clinton Rowe, 14.

Porter and Maffra teammates Darren Sheen, who won the goal kicking award after booting 96, Ben Coleman and Brent Connelly were named in the team of the year.

The reserves vote count for the Rex Hartley Medal finished in an unprecedented four-way tie with Leongatha’s Nick Phelan, Wonthaggi teammates Ben Graham and Will Joplin and Warragul’s Matt Nankervis, all who scored 12 votes to share the award.

Holmes, who was also selected in the All Australian Marist netball team and the Victorian under 17 team this year, was the first Sale player to win the A grade best-and-fairest since Kate Love in 1999.

Holmes had previously won the under 15 best-and-fairest award in 2010 and claimed the under 17 award last year.

Holmes was named as centre in the team of the year, with Sale teammates Lara Dunkley and Kate Eddy named as goal attack and goal defence respectively.

The B grade netball award went to Saskia Heathcote of Moe with 26 votes, one ahead of Leongatha’s Melanie Hughes. Talor Brouns (Morwell) came third with 22 votes.

The winner in C grade was Emily Donoghue of Morwell who scored 27 votes to win from teammate Belinda McDonald (22), with Paxton Farley of Traralgon third with 20 votes.

A special guest on the night was former Leongatha player Beau Vernon, who spoke about his life since becoming a quadriplegic after an accident during a match.

﻿Gippsland League teams of the year