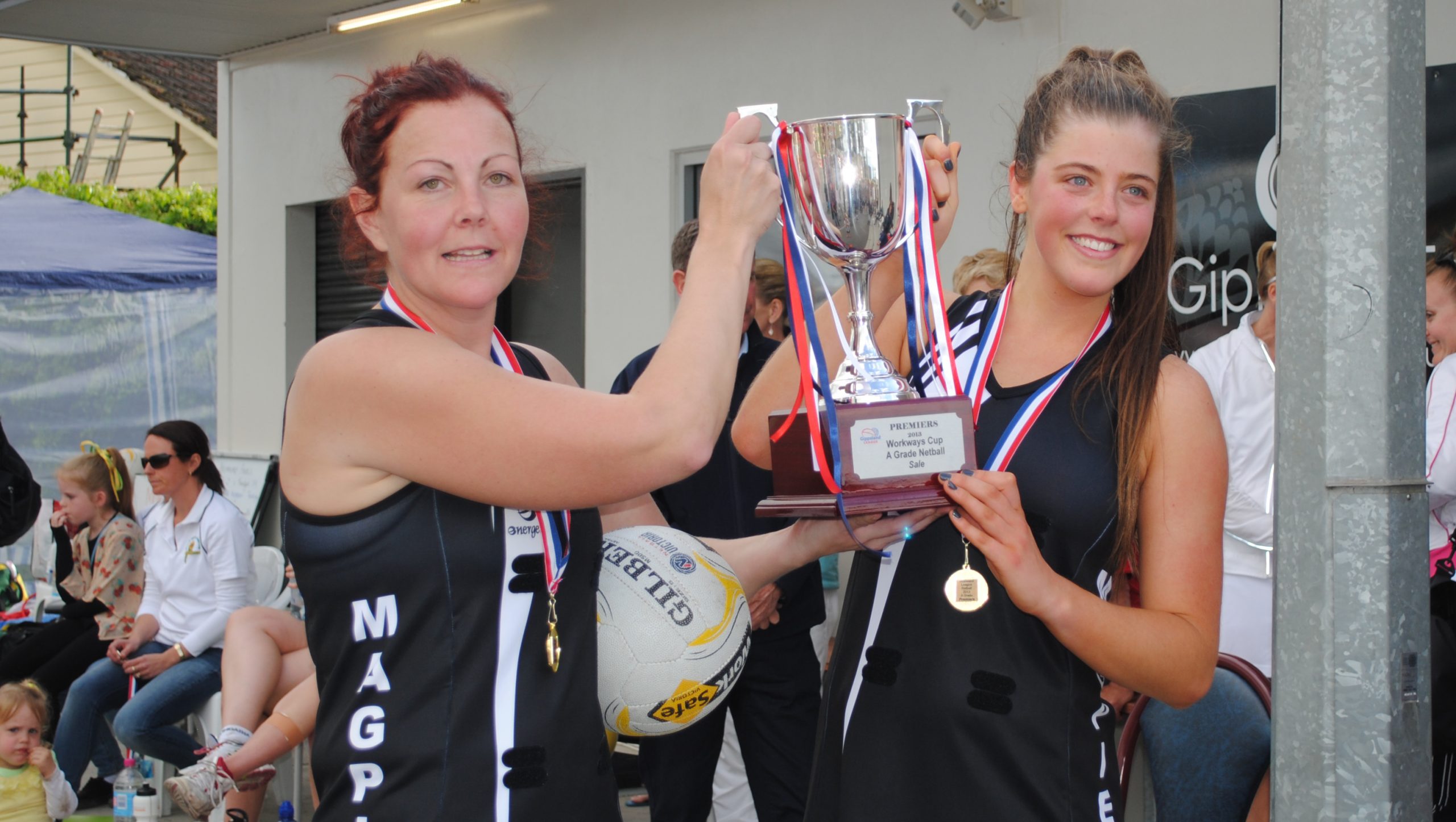 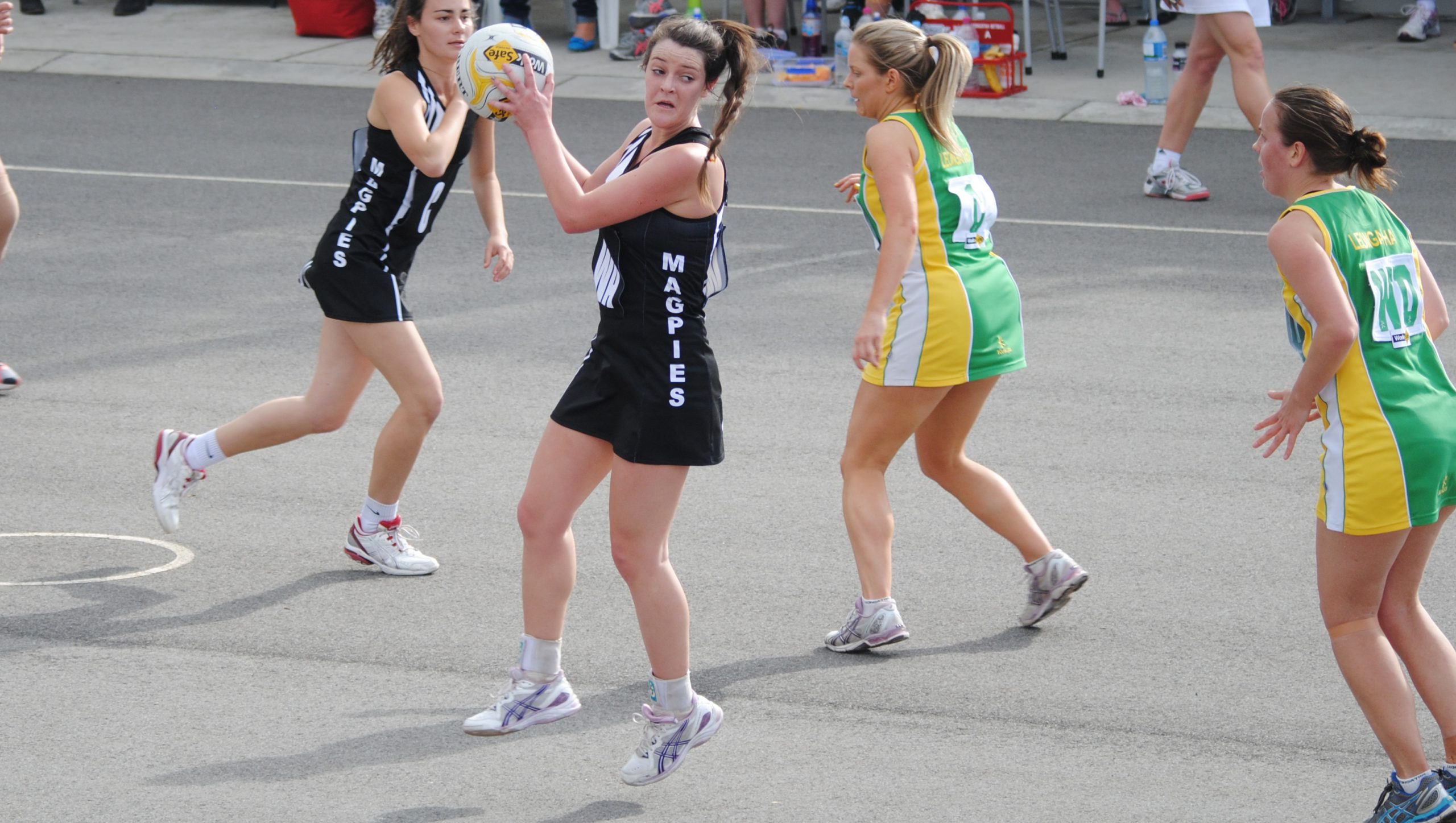 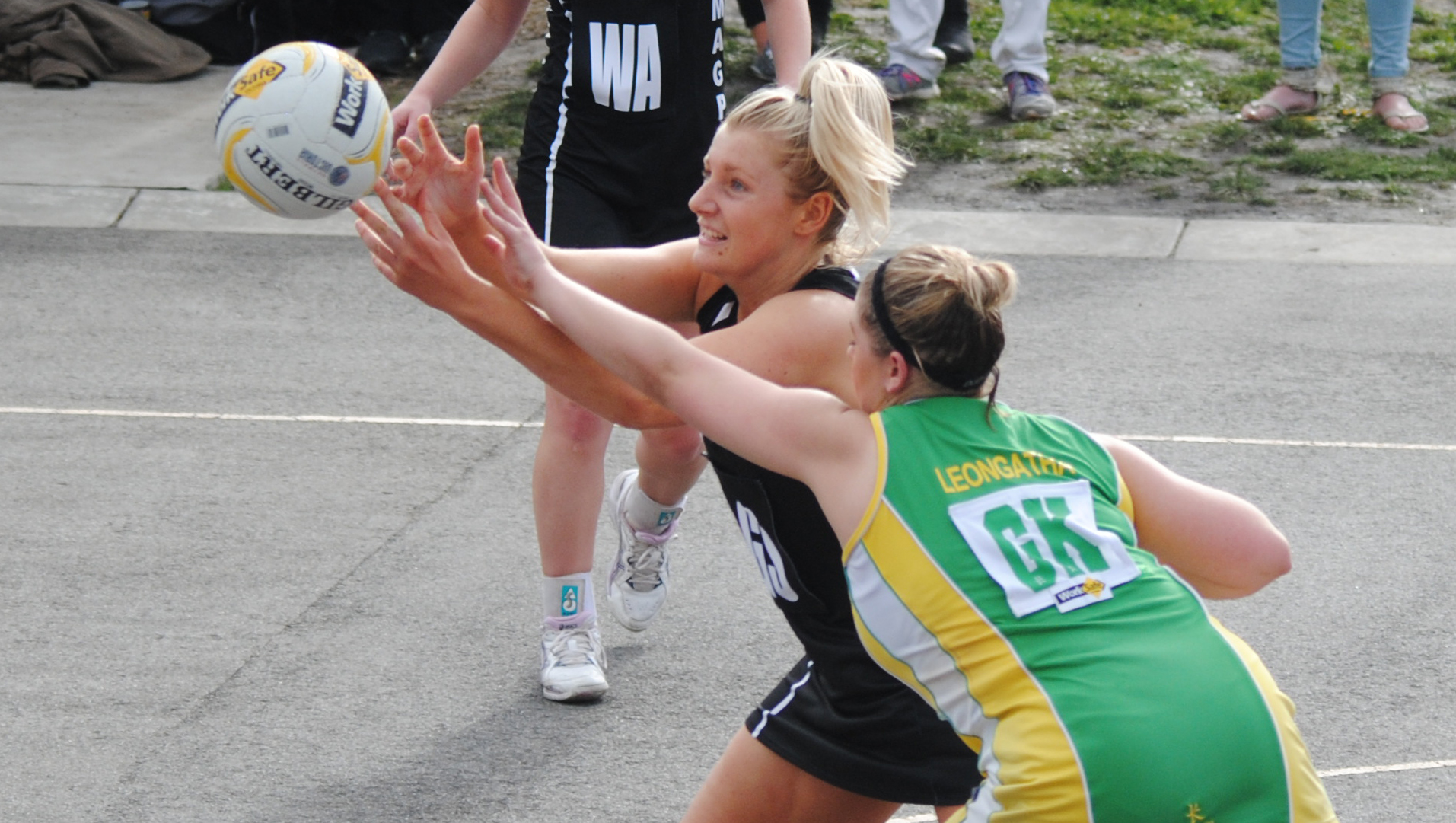 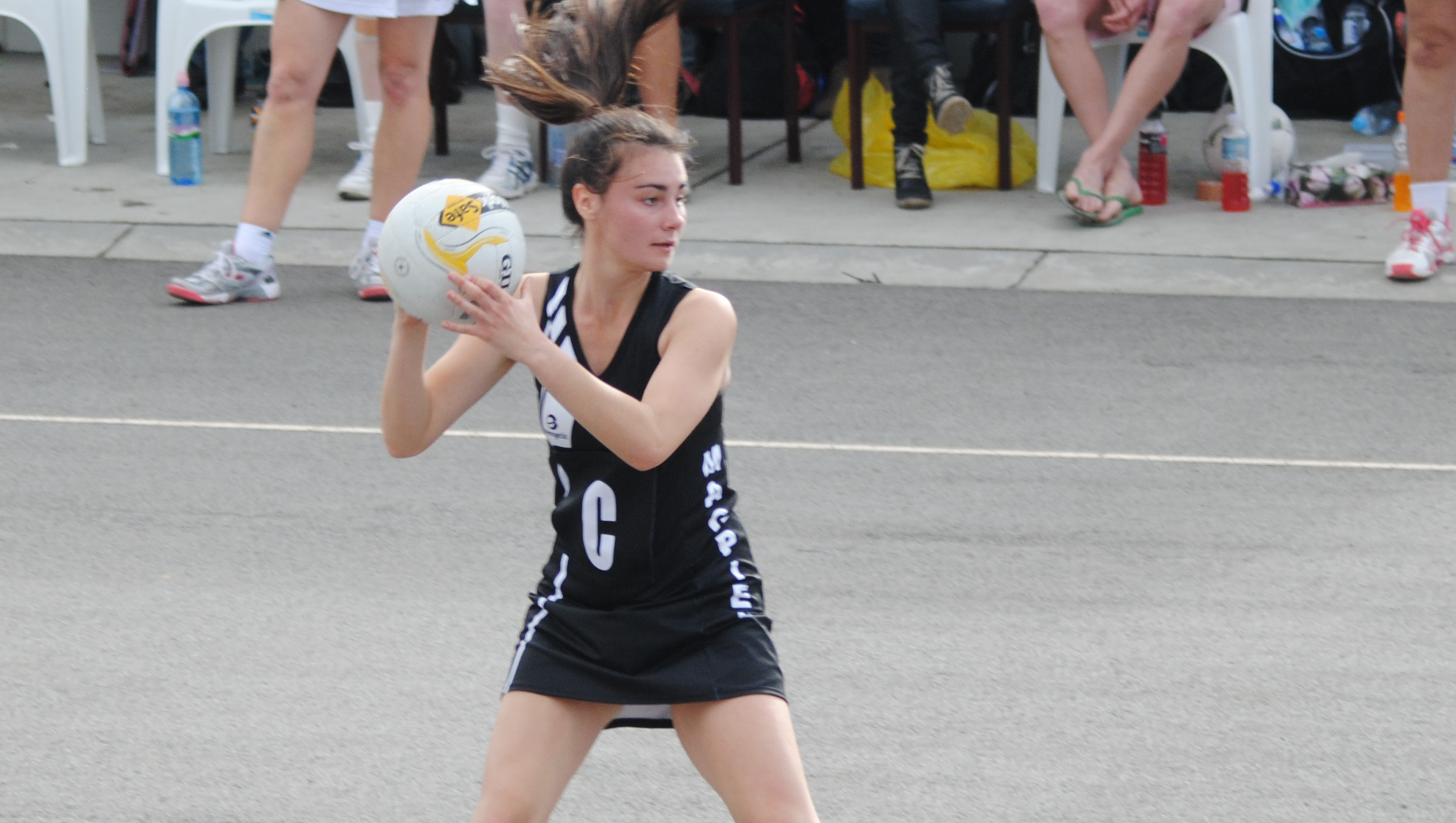 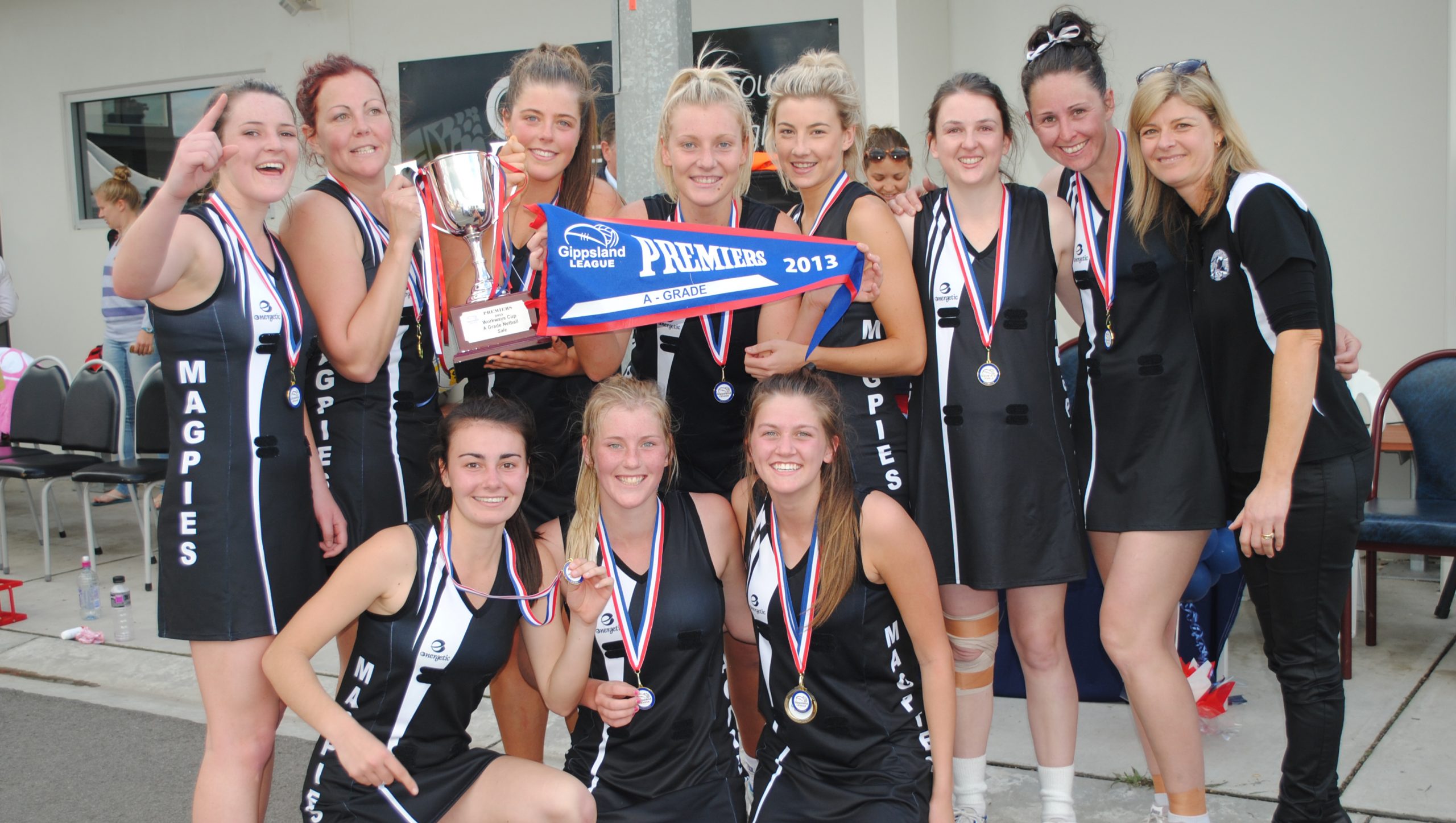 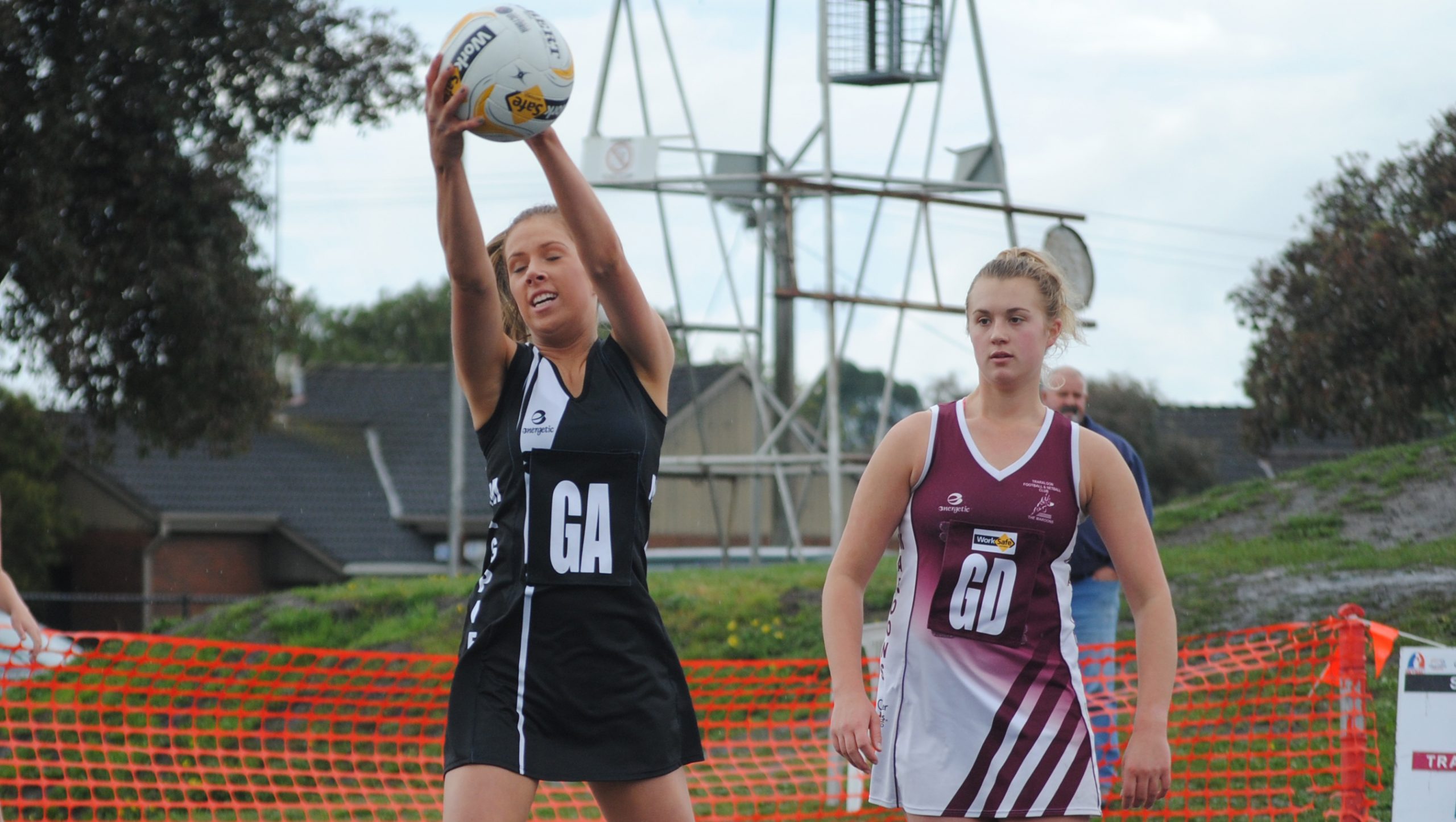 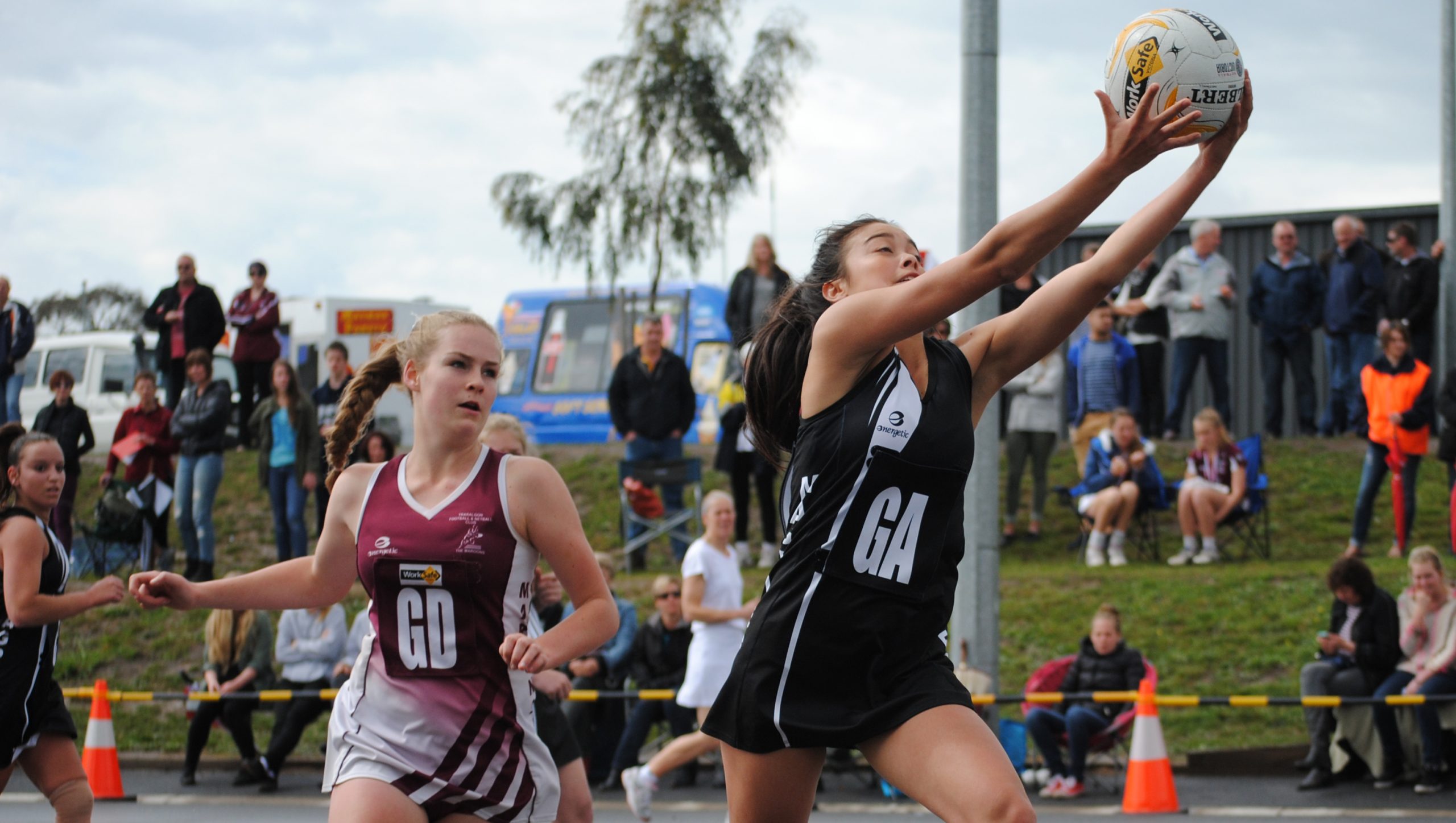 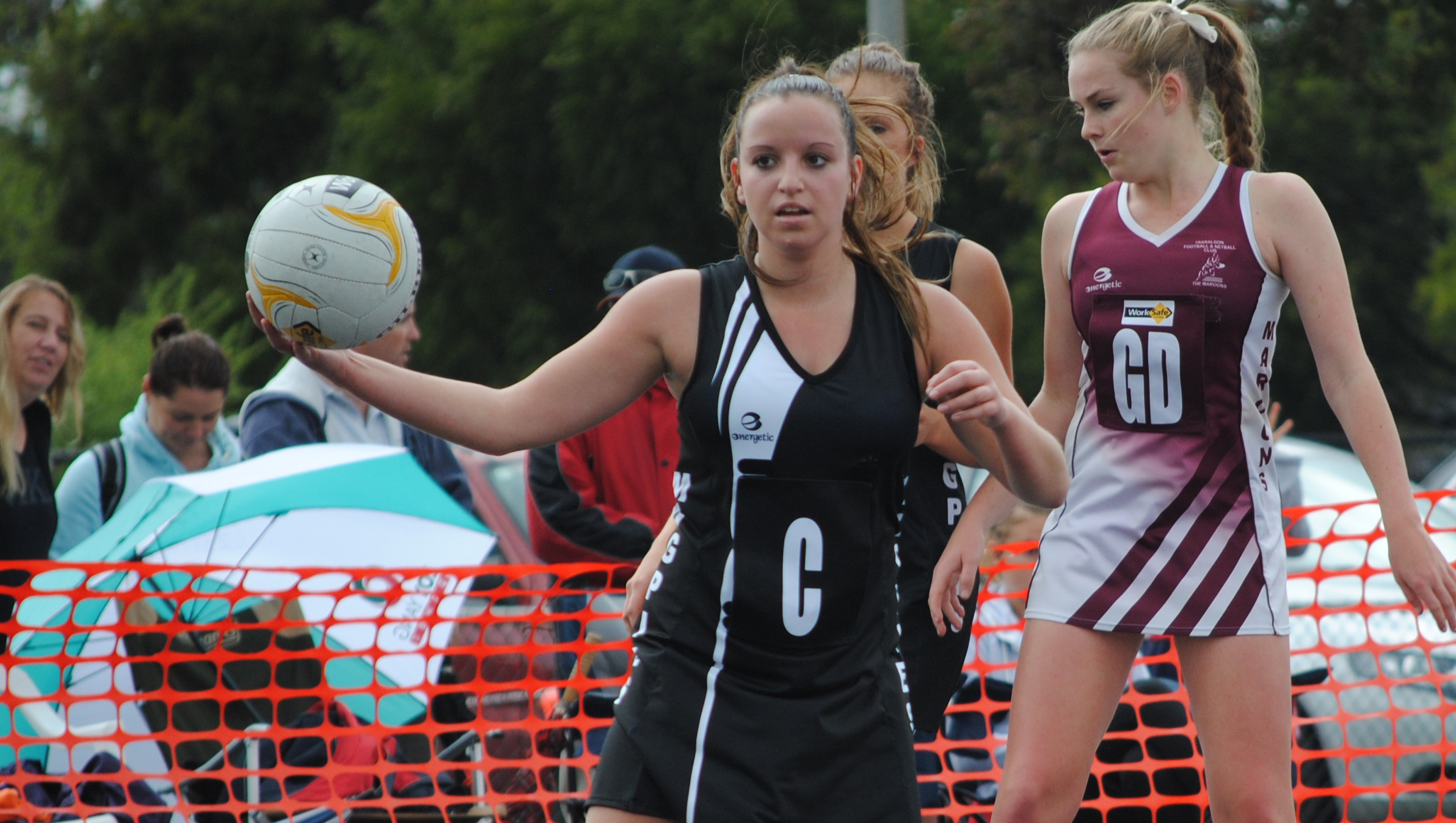 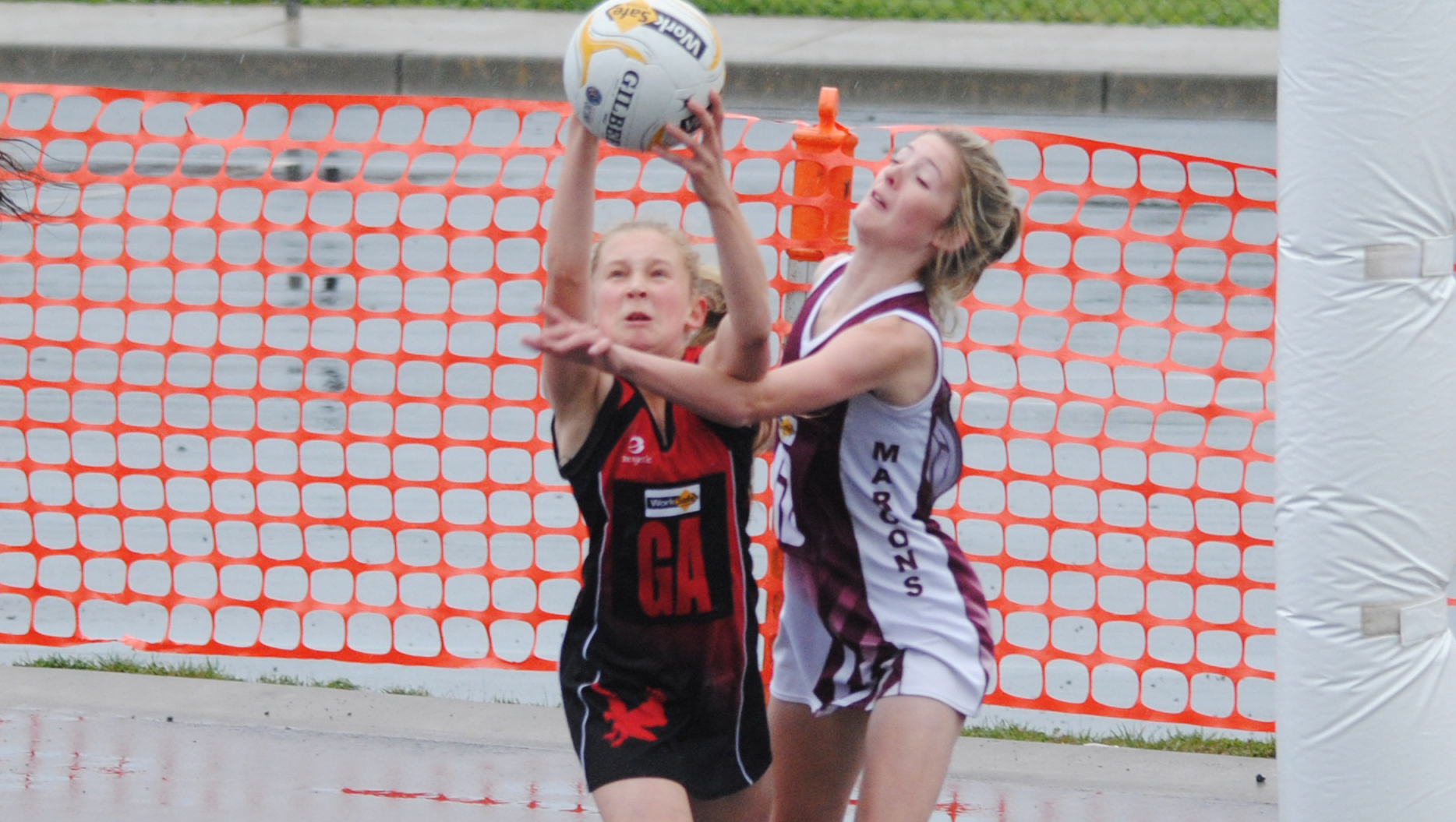 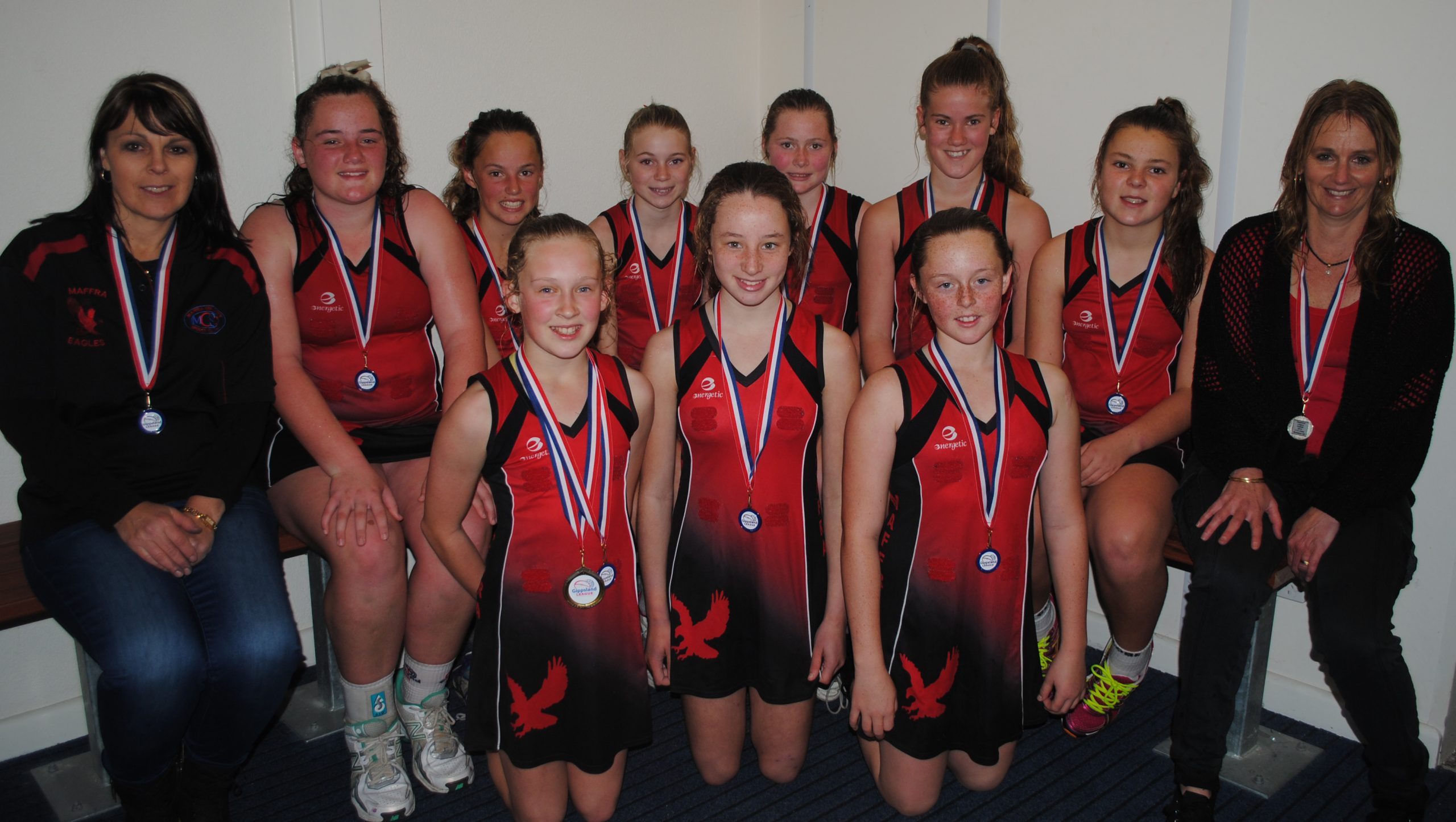 SALE was challenged by Leongatha before completing an unbeaten season to claim the Gippsland League A grade netball premiership.

Scores were level at 10 apiece at quarter-time of the Sunday’s grand final at Moe before Leongatha launched its attack in the second quarter.

Kate Govers was laying well, while Meg Rosser and Kate McCarthy were making the best of their chances with accurate shooting.

Sale made changes to its line-up at half time with Staci Scott coming on to give coach Mel Johnston a break in defence, while Montana Holmes was moved to wing defence and Lexi Joyce into the centre. All of the moves worked with Sale playing attacking netball in a brilliant third quarter, scoring 18 goals to 10 to lead 38-32 at the final change.

In one amazing defensive steal, Eddy waited until Leongatha goal attack Kate McCarthy shot for goal and with a big leap, took the ball before it hit the ring. The turnover quickly went through Scott, Joyce, Tori Dessent, Lara Dunkley and Ella Betacchini for a goal.

After a desperate final quarter, Sale held on to win 42.40.

“We were closing the gap on Sale but could not get close enough,” Reid said.

Sale coach Mel Johnston said Leongatha had always been tough to play against and congratulated the Sale girls for winning the clubs first A grade premiership.

THE under 13 grand final between Traralgon and Maffra went into extra time when the scores were level at 26 all when the buzzer went.

Scores were locked up again at 30 all before Traralgon steadied to win 31-30 in a very high standard junior grand final.

Maffra goal attack Leyla Berry, one of the smallest players on court, was named best-on-court. Maffra was always a chance to win with Berry’s uncanny goal shooting skills.

TRARALGON shot away in the second quarter to win the under 17 grand final against Sale 37-17.

Sale began well with scores level at quarter time before Traralgon shot away.

IN the under 15s, Traralgon defeated Wonthaggi 34-30 led by best-on-court Darcy Guttridge.

LEONGATHA won the B grade title, defeating Morwell 58-44 with the Parrots’ Melanie Hughes the best player.