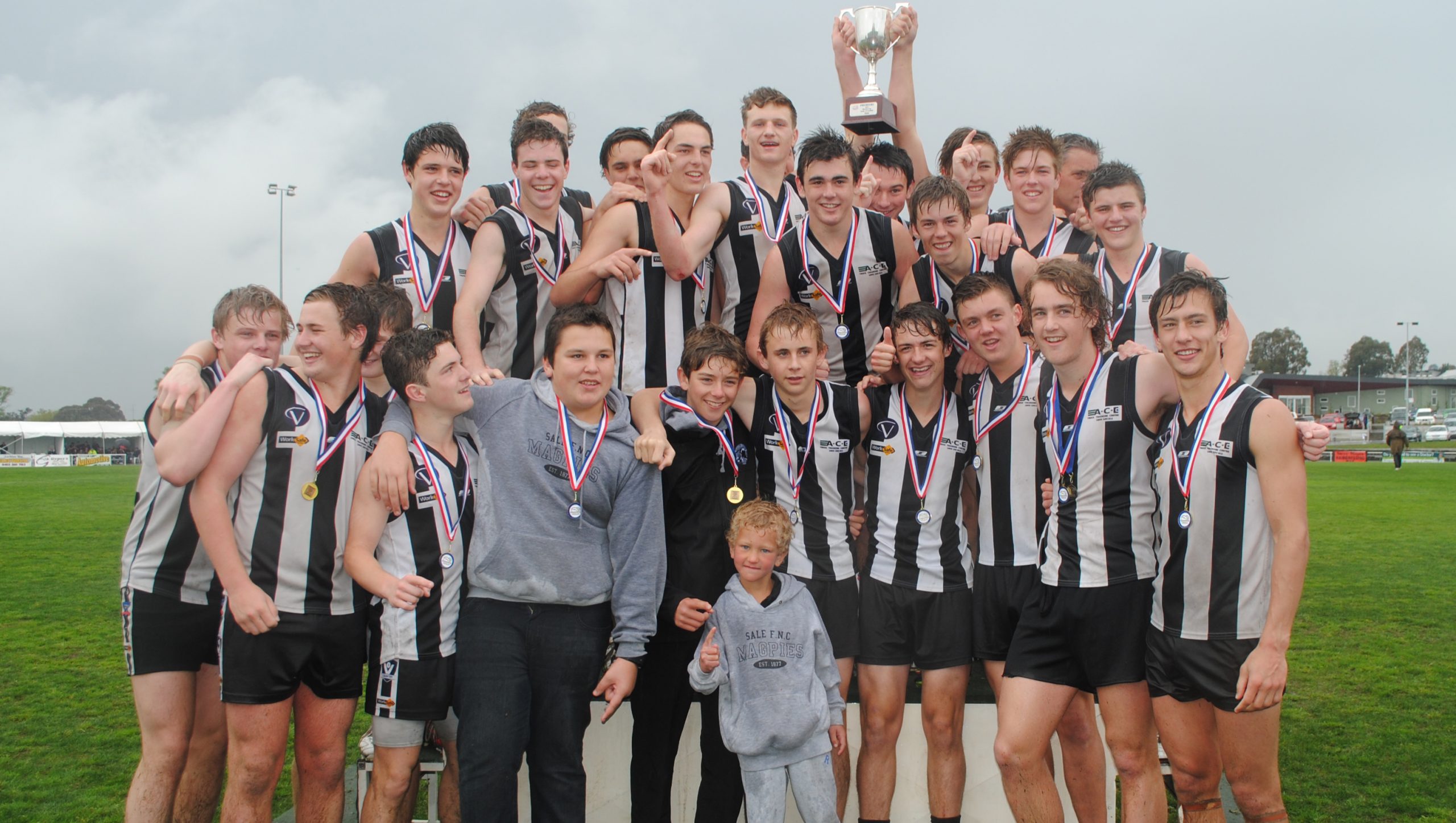 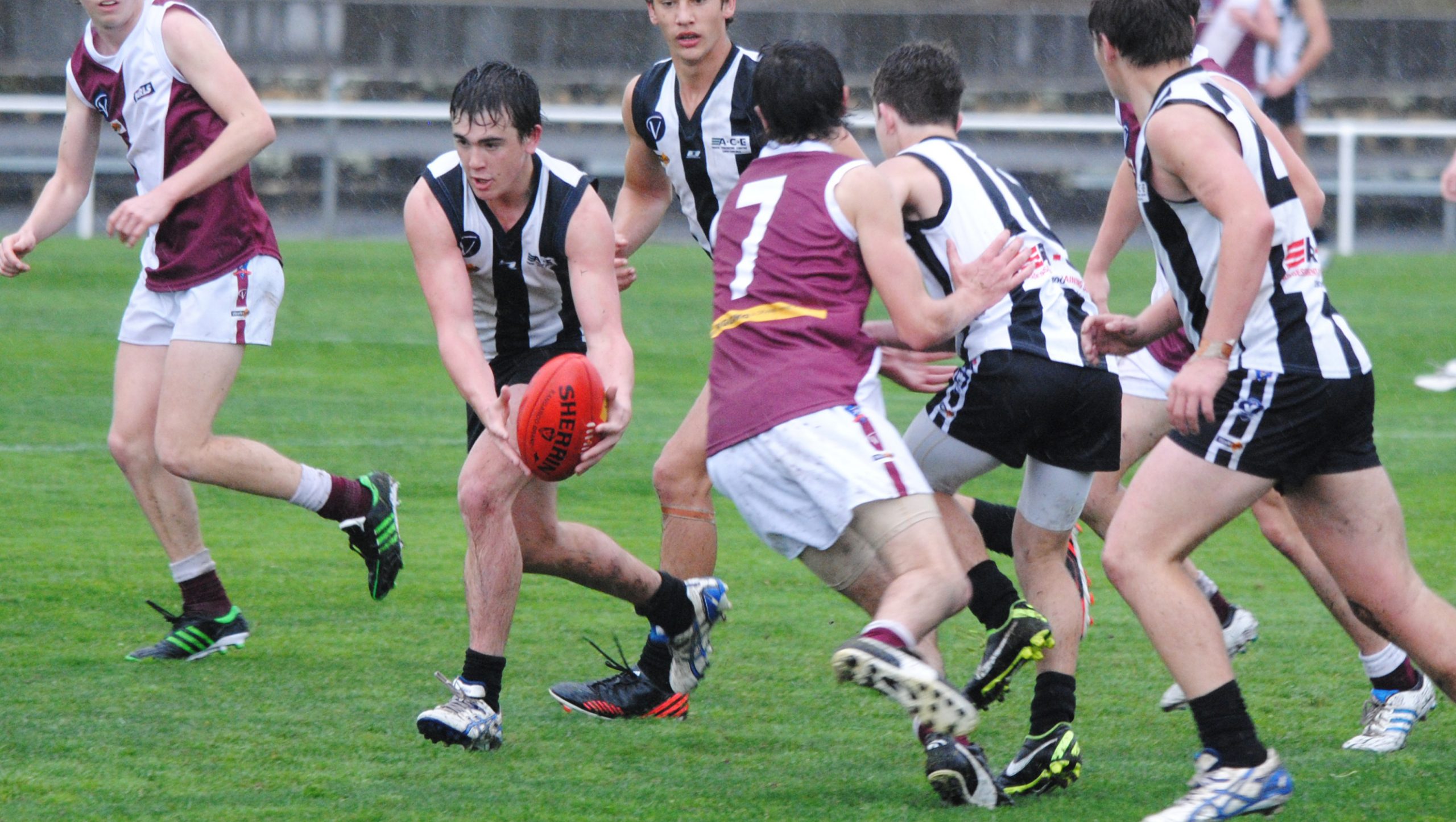 SALE inflicted Traralgon’s first loss of the season to claim the Gippsland League under 16 football premiership.

The match was played in continual rain and the young Magpies produced a gutsy performance to hang on to win by three points, 4.7 (31) to 3.10 (28).

The Magpies did not kick a goal until the second half with the Maroons leading by 11 points at the main break.

The Magpies led at the final change after kicking three unanswered goals during the third term.

Both sides kicked a goal each during the final term before the Maroons had a chance to snatch the win with a player having a kick for goal 40 metres out after the siren, but his shot fell short of the sticks.

BAIRNSDALE successfully defended its under 18s premiership with a 33-point win over Traralgon.

The Power led by 14 points at quarter-time before the Gulls fought back in the second term to lead by one point at half-time. The Power booted three goals to one in the second half to claim the premiership.