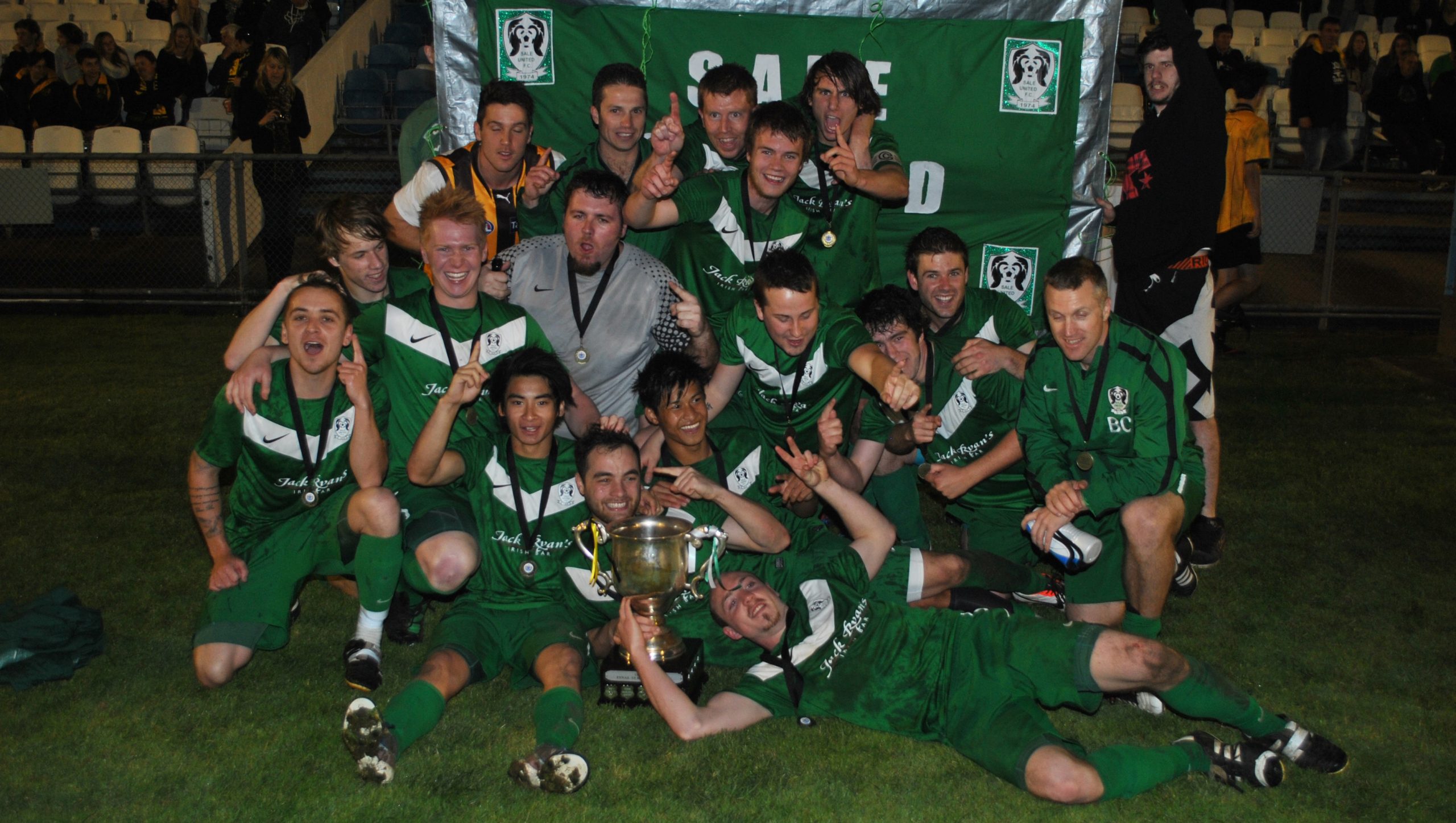 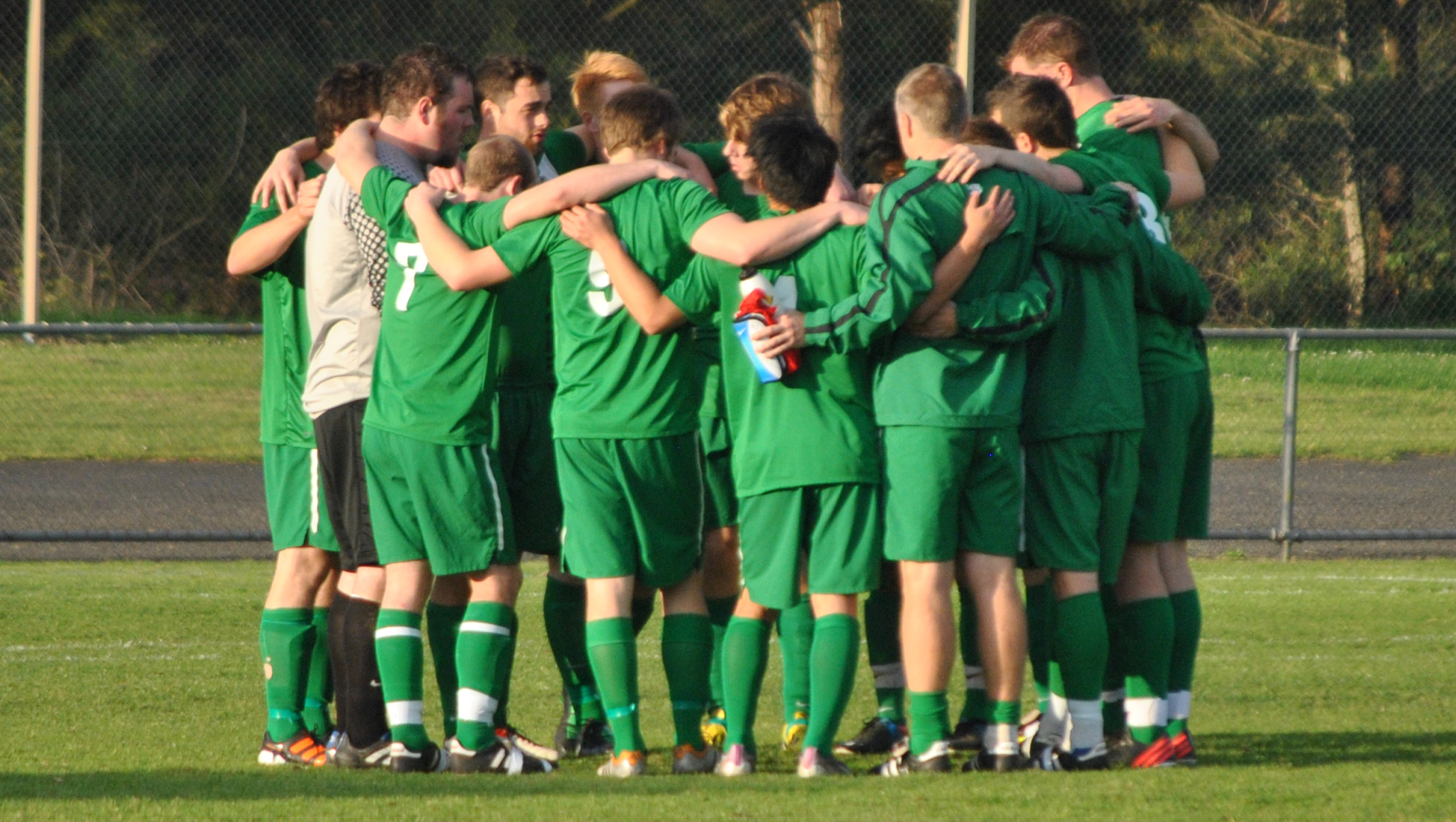 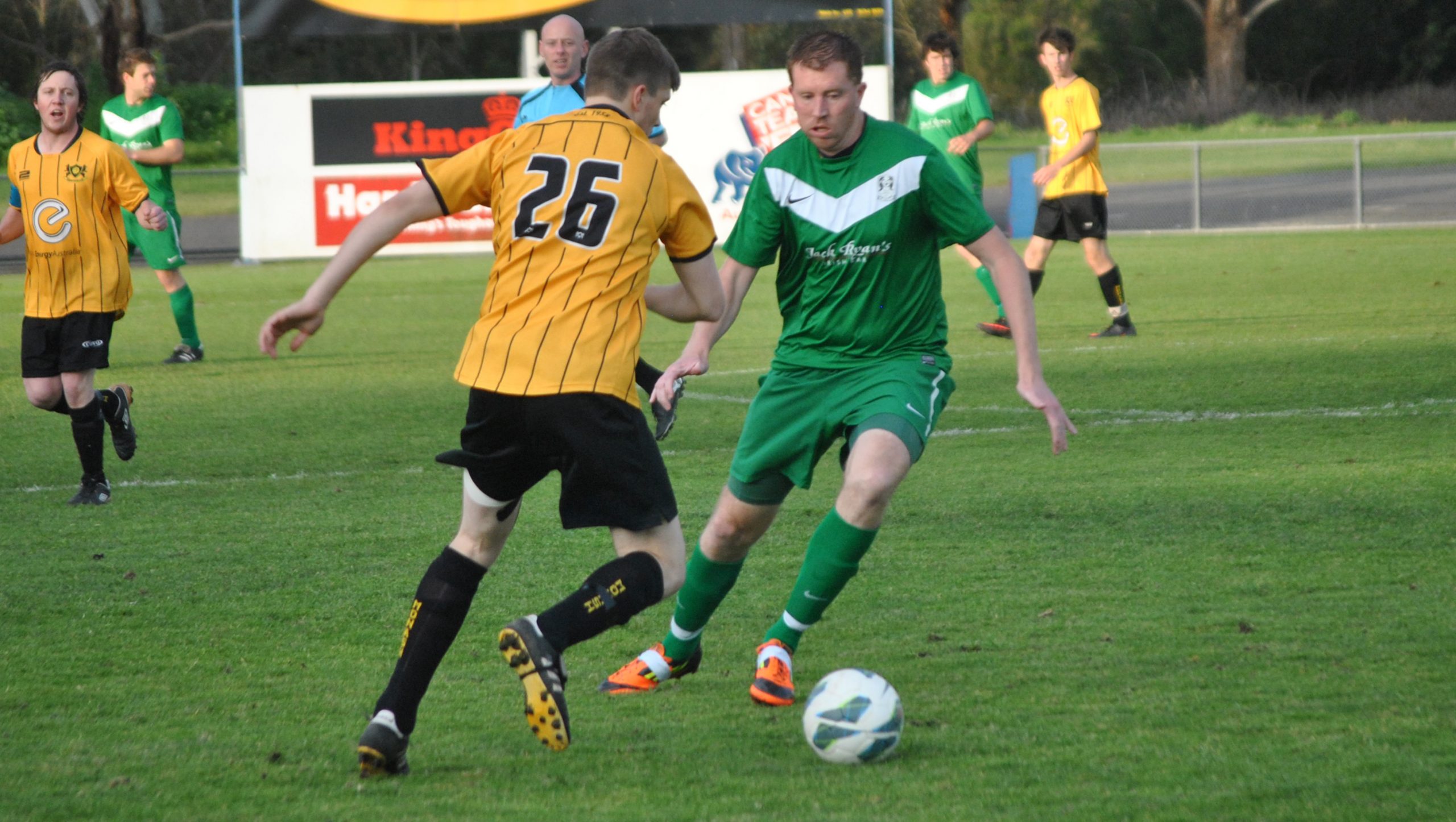 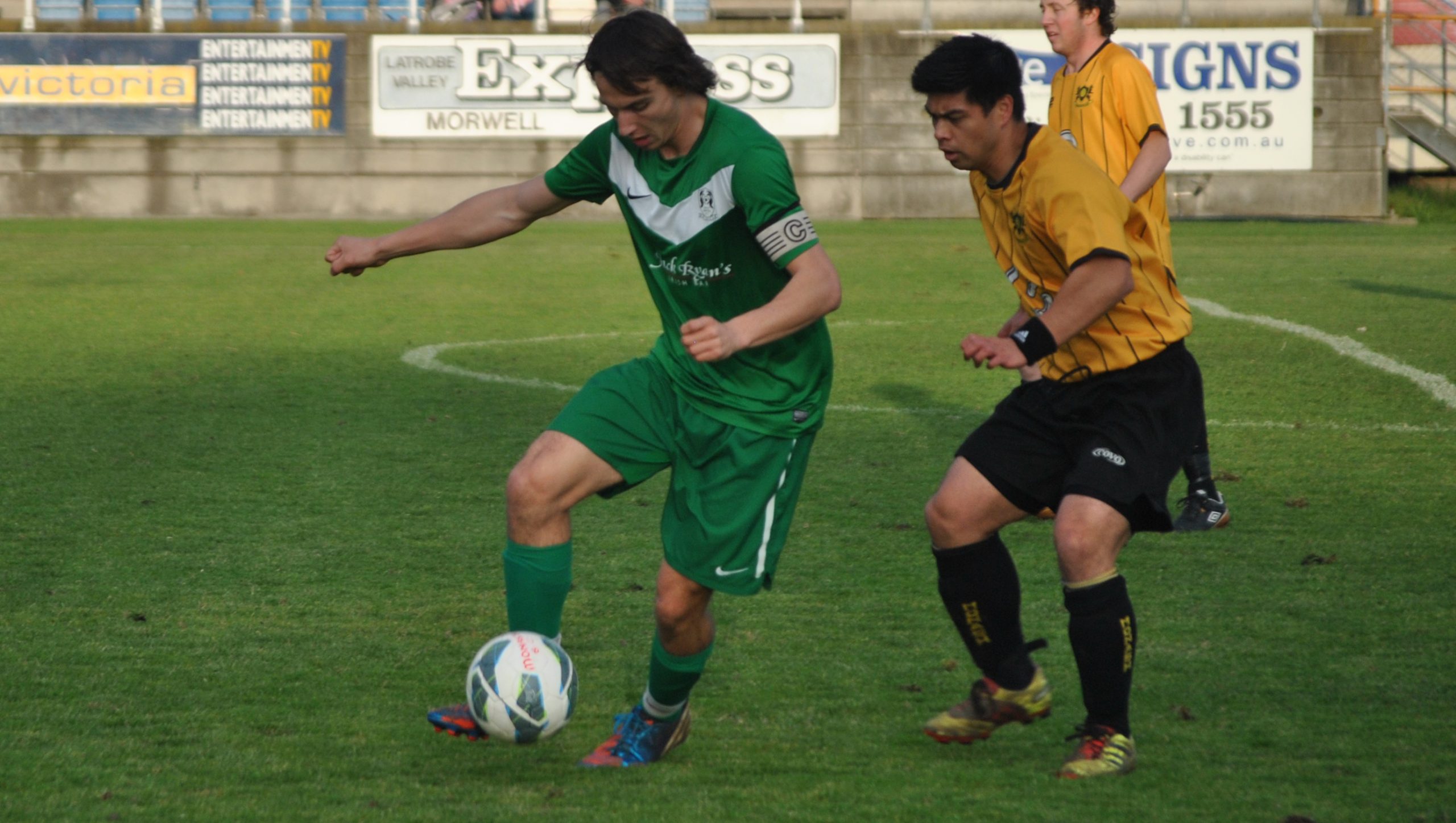 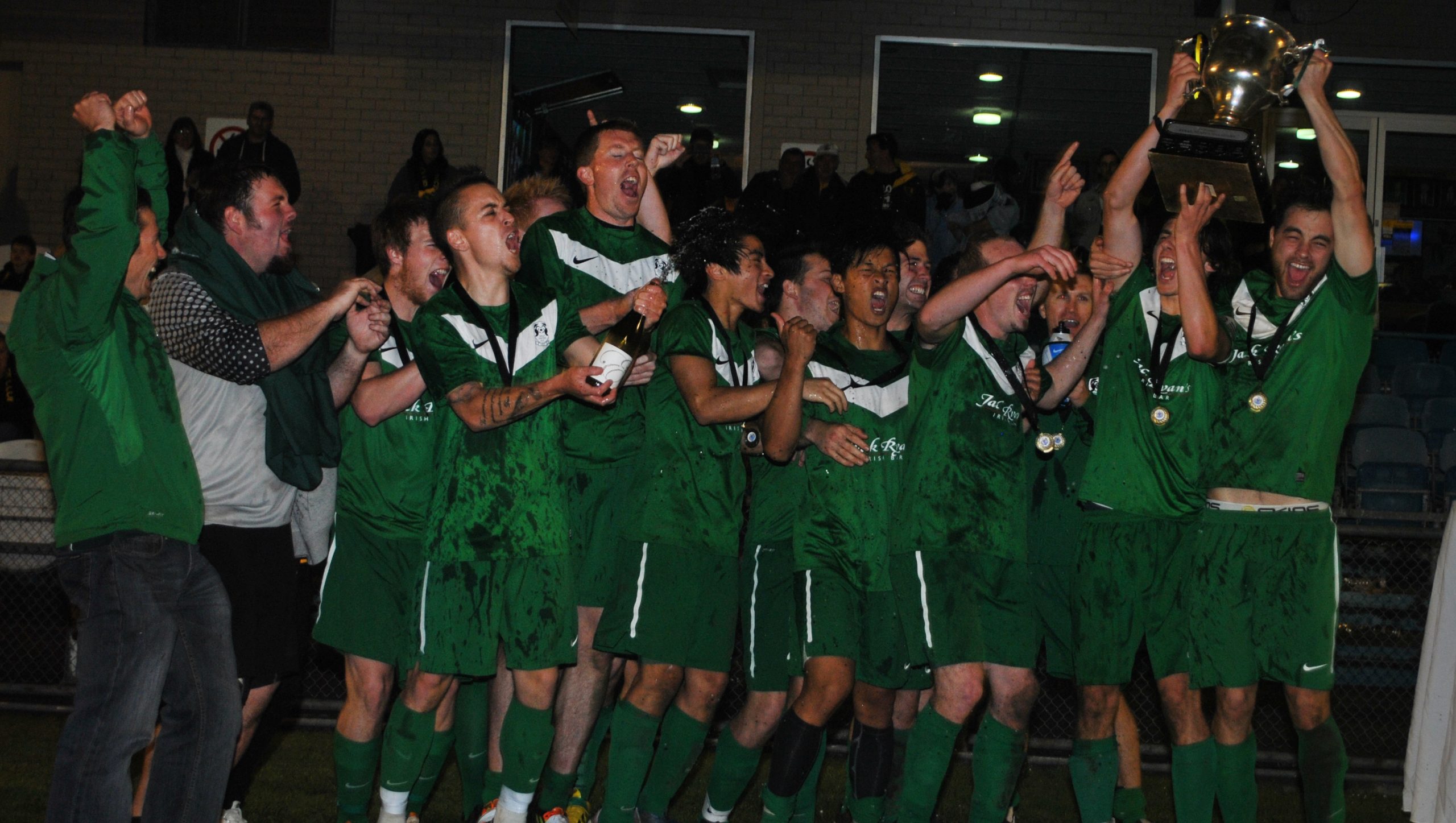 While the Swans controlled most of the contest at Morwell on Saturday night, it took them until the 82nd minute to open the scoring, but soon after they made sure of the result.

Buoyed by a spirit crowd of supporters who travelled from Sale wearing green, the Swans, through captain Ashley Ross, Raymond Allred and Tommy Nguyen in the midfield and attackers Jon Piefke, Dean Nichols, who scored two goals, and Nathi Khamchom, pressured the Monash defence.

Brad Baker, Robbie Stephen, Ross McWhirter and Chris Pordo, were also solid in Sale’s defence. Goalkeeper Chris Richardson was rarely troubled, but was up to the task when called upon by the Monash attack.

Sale had good early chances to score, but the Generals were able to get players back to stop them going in. Both sides went into the sheds for half-time at 0-0.

The fitness of the Sale players showed during the second half with many Monash players struggling to keep with the Swans’ pace.

When it seemed the match was destined for extra time, Ross run the ball well out of defence before laying it off for Nichols who scored the opening goal.

That goal broke the Monash resolve as minutes later Nguyen was felled in the penalty area by the Monash goalkeeper. Ross, who a week earlier won the league best-and-fairest award, converted the penalty to take the match away from Monash.

But that wasn’t the end of the scoring as Nichols again found space on the wing and dribbled the ball into the box to score his second.

Richardson denied Monash a late consolation before the referee’s whistle was the signal for Sale United to begin its premiership celebrations.

During the presentations, coach McWhirter said the players had made a pact after losing the Battle of Britain Cup final to Churchill to get back to the same venue two weeks later to lift the premiership trophy. He said the players had shown great resolve throughout the season, with their success deserved.

McWhirter also thanked the passionate supporters who made the effort to get behind the side.