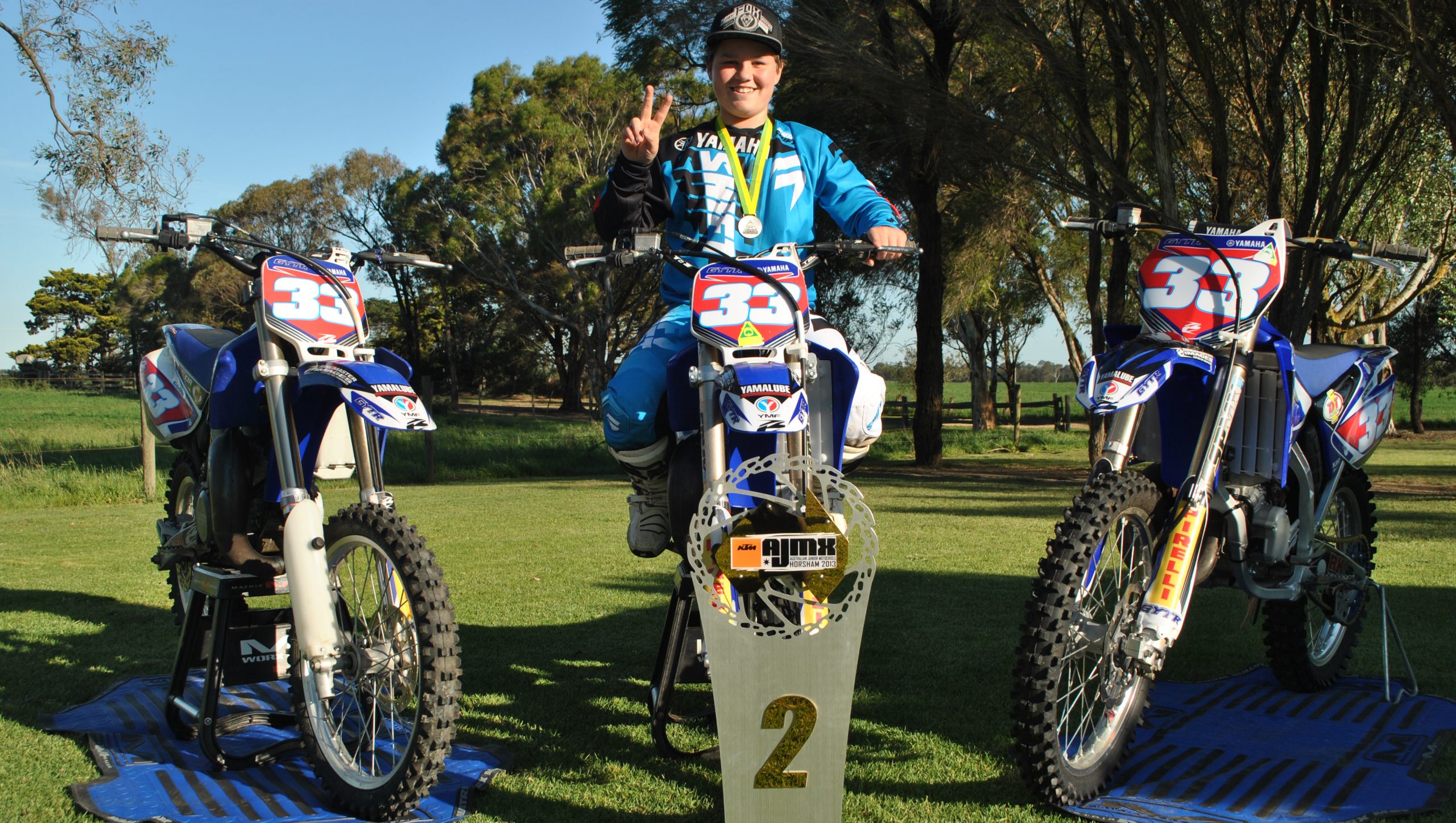 With his room already displaying many trophies and sashes, the Maffra-Sale Motorcycle Club member from Tinamba has added to that already impressive collection of silverware this year, finishing first in the Gippsland region championship and second in the Victorian championships.

His season culminated in a second placing in the 12 to 16 years of age group at the Australian junior championships, an event he had been training for all year.

With 75 competitors in his class, only 40 made it through to the finals and Cody had a rough start to his campaign with a big crash in his first heat.

Finding himself in last position following the crash, Cody was able to work his way back to ninth position but also got off to a bad start in heat two, finding himself back in the field.

Cody was able to come back to second position and after a second placing in heat three, Cody qualified fifth overall. This gave him a good gate pick for the first race of finals, but with nerves getting the better of him, Cody again got off to a bad start and was right back in the field.

Racing against 40 of the best riders in Australia, coming back through the pack would prove difficult, and while he rode well, Cody finished ninth.

Keen to improve in the second race and looking more relaxed, Cody had a much better start and rode strong to finish second.

Due to so many mixed results, no rider was dominating. Going into the final moto, just nine points separated first place from sixth, and Cody knew that he had to find form.

The gate dropped and Cody got the holeshot and took off. Pushing it to the limit, Cody had ran off the track on the second lap which pushed him back to second place.

Keeping cool under pressure, Cody maintained third place which enabled him to take second place overall in the competition.

Cody’s mother Sally Weatherley said the event was a long and emotional week that takes its toll on all involved.

“As Cody’s parents we are very proud of the way he conducted himself both on and off the track,” she said.

“The sport can be unforgiving at times with the highs being high and the lows being low.

Weatherley said Yarram Junior Racing, the Krusic family and a number of sponsors had helped in fulfilling Cody’s sporting dreams.

“Without their support we would struggle to be able to assist Cody to ride at the level he is riding,” she said.

Cody said he would continue to train hard to ensure he is well prepared for the 2014 season.