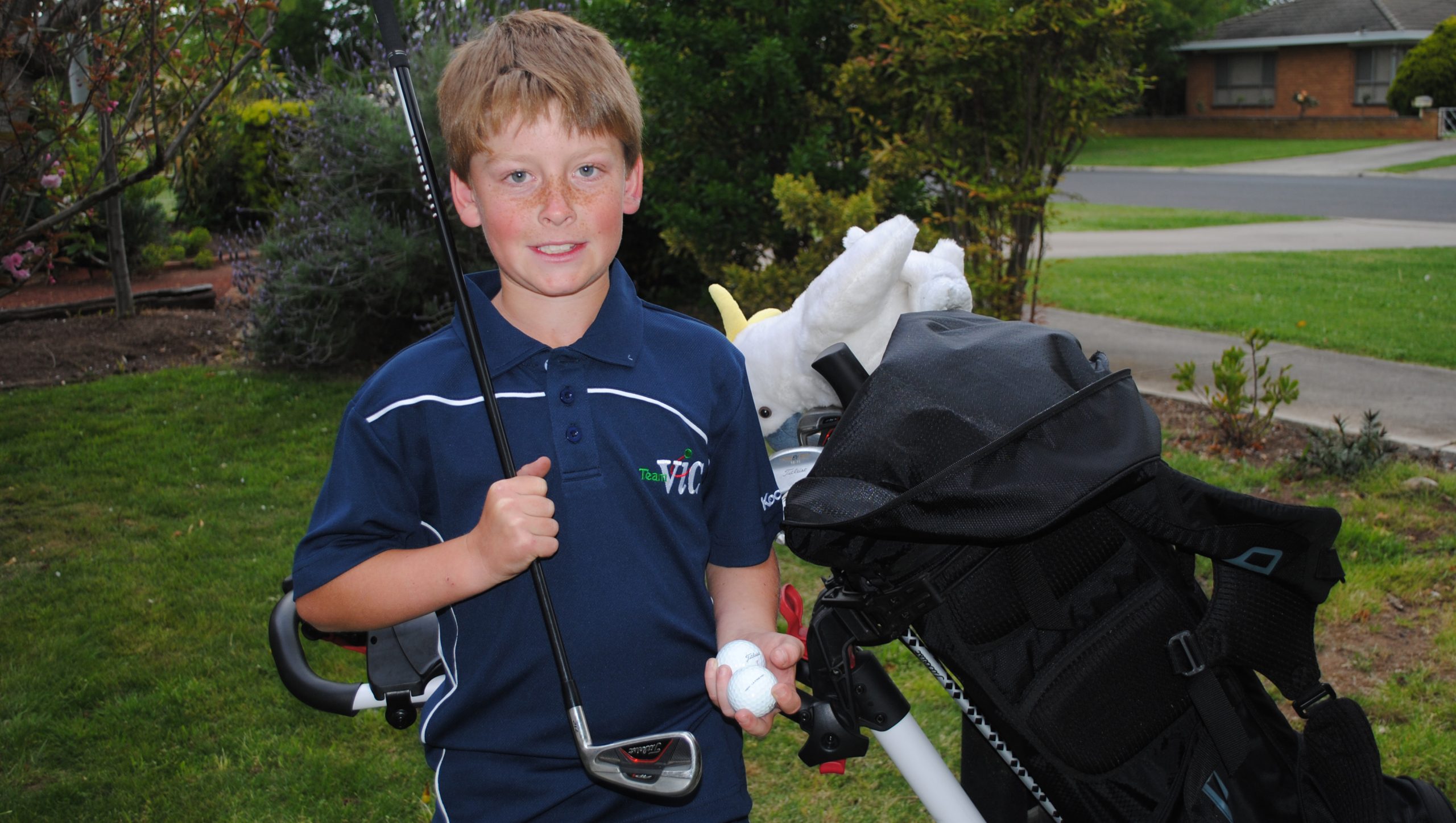 The very talented Sale junior champion has qualified for both the Victorian junior and Victorian primary schools championships in Melbourne.

Thirty-eight players from all over the state took part in the Victorian junior qualifying rounds at Kooringal.

Consistent, Levi shot 84 off the stick, just one shot behind the winner. Playing off a handicap of 15, Levi was the overall handicap winner for the under 12, 14 and 18 years age groups.

The Victorian primary schools qualifying round was over nine holes, with Levi shooting a score of 32.

During the state championships, the young golfers will be taken to Royal Melbourne to watch a pro-am event.

Qualifying for the events caps a big year for Levi, who played in the C grade event in the Gateway Classic at Sale Golf Club in March, with the promising young champion the scratch and overall winner with scores of 82, 83 and 88.

Levi, who has won the Stuart Appleby junior rookie tournament twice, also played in the East Gippsland junior team who won the Carruthers Shield against teams from South and West Gippsland.

Hitting golf balls in the backyard with his father Glen when he was only five years of age, the promising young golfer looks to have a big future in the sport, receiving lessons every Sunday morning at Maffra with Trevor Pridmore.