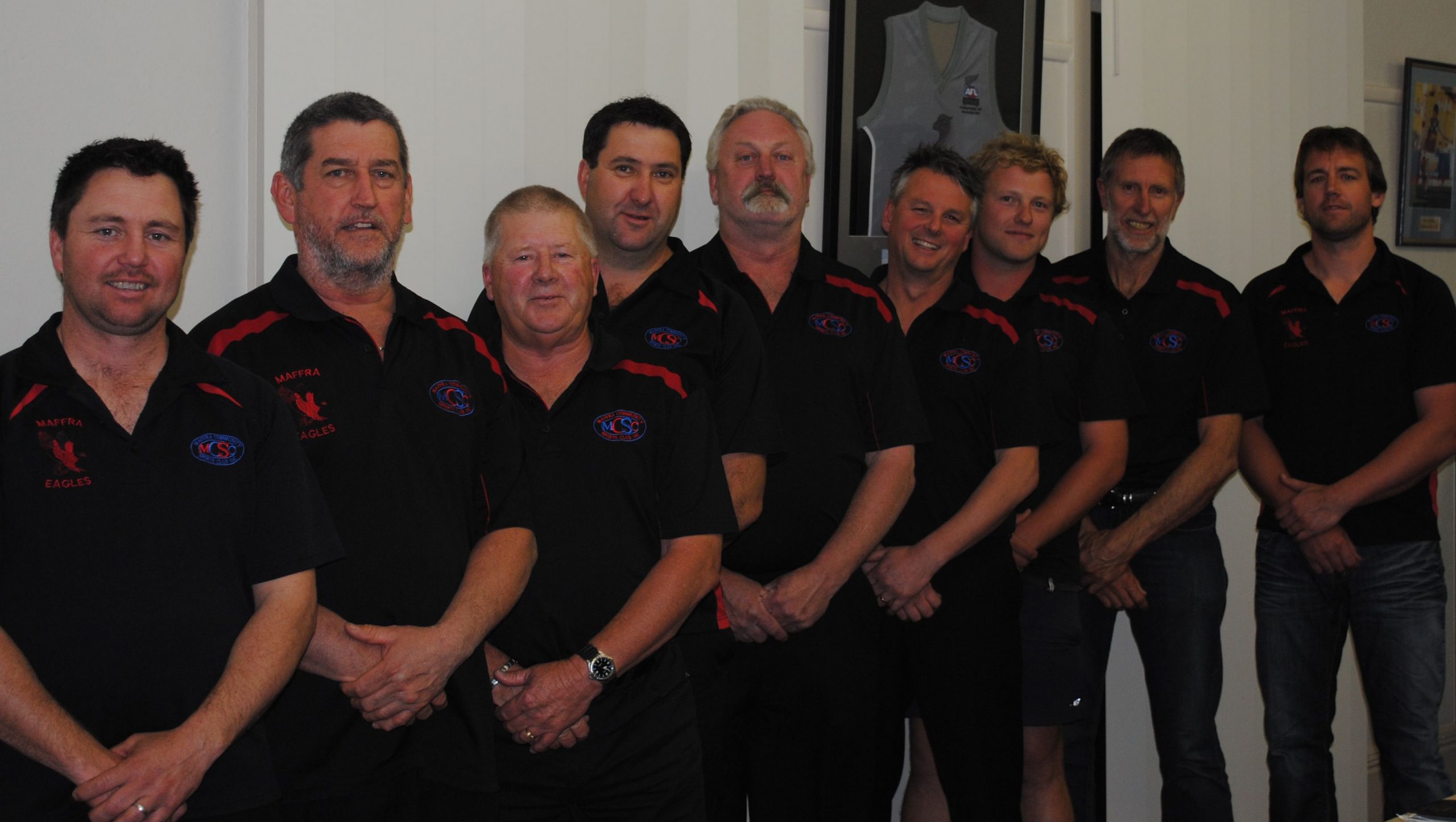 A DECADE after the completion of a unique hat-trick of premierships, new Maffra Football-Netball Club coach Wayne Butcher is excited by the opportunity of returning the Eagles to the top of the tree.

Butcher returns to the Eagles for a second stint as senior coach for season 2014. He coached the Eagles to their first three Gippsland League premierships from 2002 to 2004.

“The club continues to be thereabouts having played in a couple of preliminary finals and a grand final since the 2010 Premiership, so I’m excited by the prospect of a tilt at another flag,” he said.

“With the Burgiel boys moving on to other coaching roles, opportunities for the younger brigade are there and with some additional recruits, anything is possible.”

“Obviously having two boys in the AFL system and a local business means large time commitments; and that’s without local football. But once Butch commits to something, it’s a hundred per cent, and we’ve all been busy putting in the support structures,” Millington said.

“Andrew took on the role of vice-president this year and will take over after the annual general meeting, given the support from members,” Millington said.

“He has been involved in all the decisions to date, and I’ll be staying involved in a supporting role, so we’re all gearing up for a big year.”

Butcher will be supported by a number of familiar faces in Terry McConnell, Gary Pleming and Nigel Sellings, while junior coaches Anthony Robbins and Jason Langshaw will also continue to provide input in 2014.

The reserves will be coached by Matthew Davis, who has returned to Maffra after an extended period at Yinnar, and will be supported by Warren Bristow.

“The 2014 season is shaping as an exciting one and I know our sponsors, supporters and the Maffra community are keen to continue with us on this journey,” Millington said.