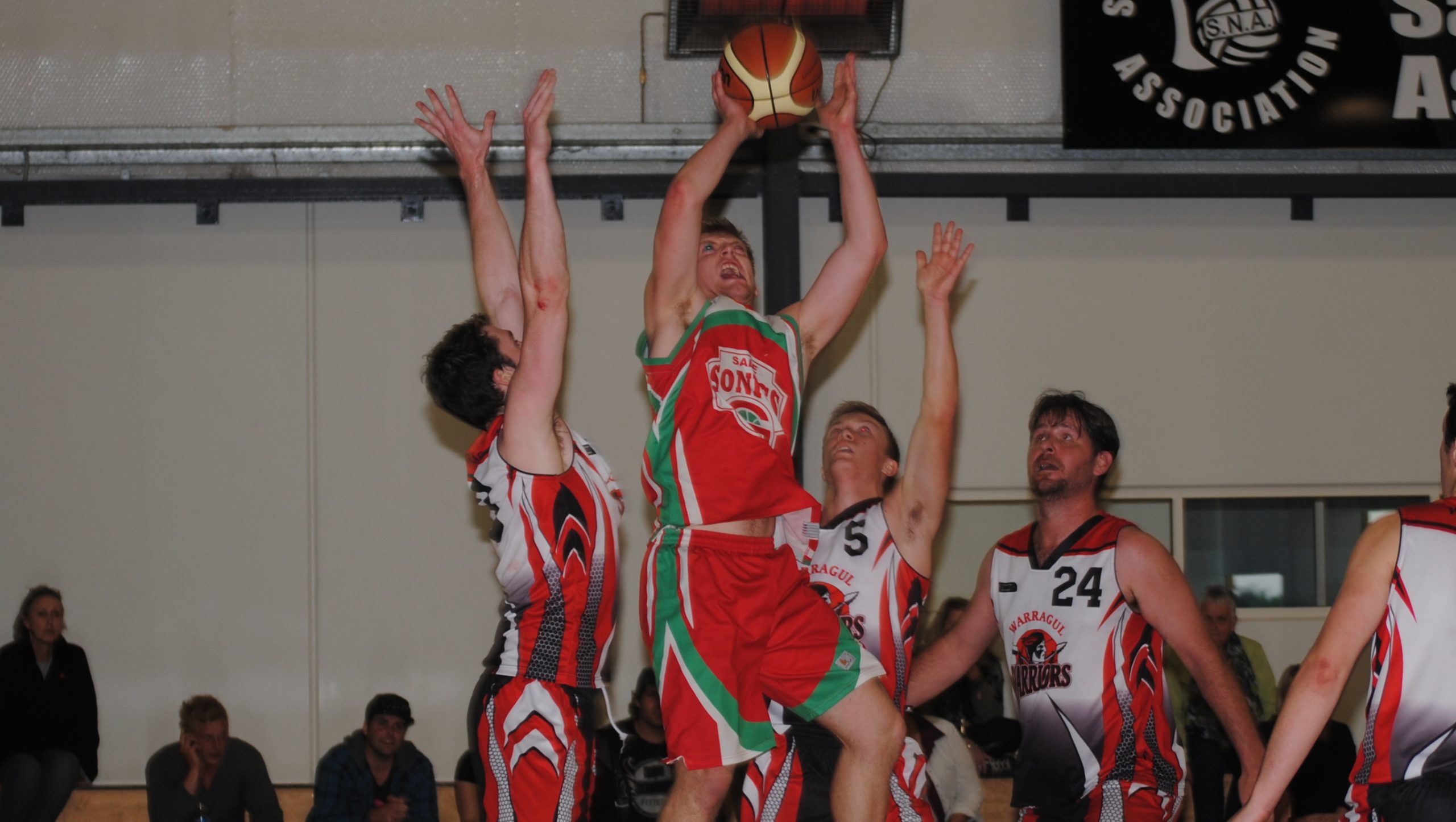 THE Sale Sonics lost both their Country Basketball League encounters at the weekend, going down to the Warragul Warriors and Traralgon T-Birds.

On Saturday night, the Sonics and Warragul had control for parts of the match, but the final term went in the Warriors’ favour with Liam Fitzpatrick closing the game out strong.

The visitors won 75-59 with Sale’s Ben Dessent leading all scorers with 21.

Paul Clough was huge in the win with six three-pointers in the second half and was complemented well with 24 point from Frazar Brouns. The Sonics will have another double-header this weekend.

This Saturday night the Sonics will travel to Korumburra before hosting Moe on Sunday from 1pm.

In other men’s matches, Churchill turned an eight-point deficit into a nine-point win with a 23-6 final term against Traralgon on Saturday night.

In the end the young T-Birds couldn’t convert their opportunities and the experience of Churchill assisted them to take the points 78-69.

Three quarters of the match were determined by three points or less, with the second term proving the difference when the Bullets shot ahead by seven.

MAFFRA’S women’s team lost the opening match of its CBL campaign, going down to the Churchill Blue Devils 89-71 on Sunday.

Maffra made a strong start with a 18-16 first quarter. It was a different story in the second as Churchill took a commanding 14-point lead into half-time which proved to be the difference in the match.

The Eagles will host Moe this Saturday night from 7pm before travelling to Korumburra on Sunday afternoon.

On Saturday, Churchill defeated Traralgon 78-58.The Blue Devils took a 10-point lead at the first break, with Stacey O’Brien and Tanarly Hood doing the damage combining for 19 of their 26 first quarter points.

The T-Birds fought back in the second quarter behind Kate Johnson, but could not close the gap, going down by 20.