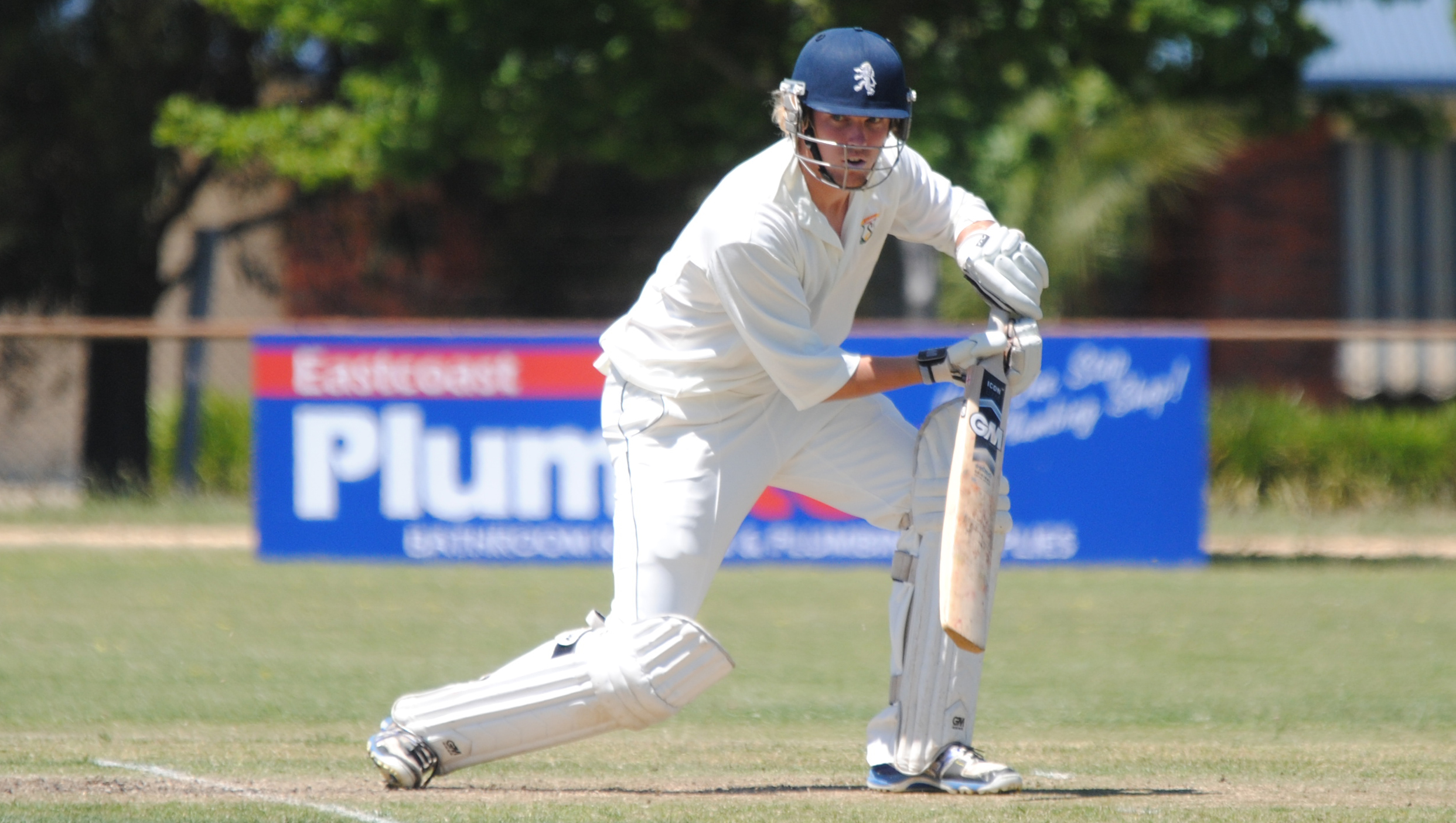 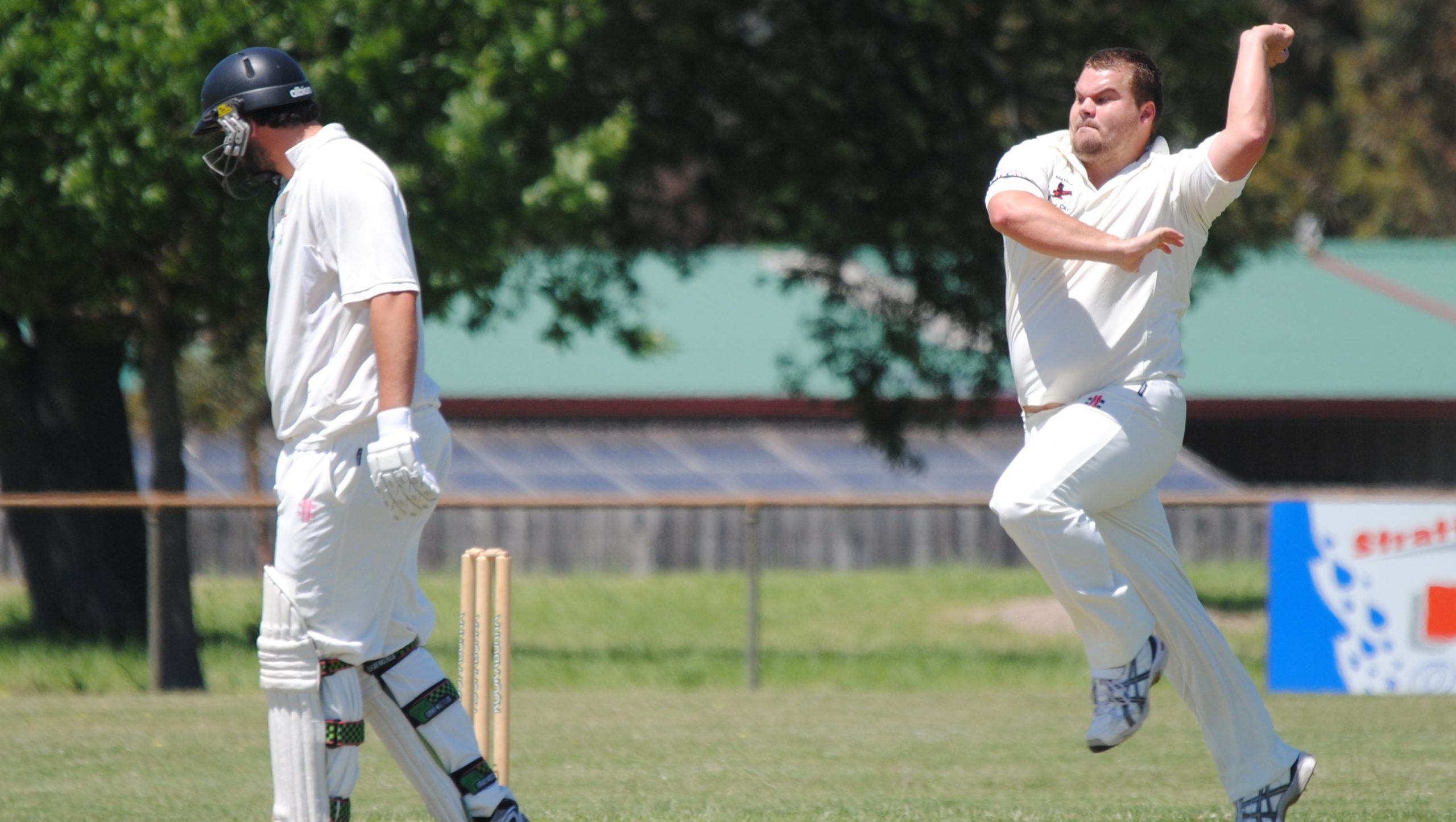 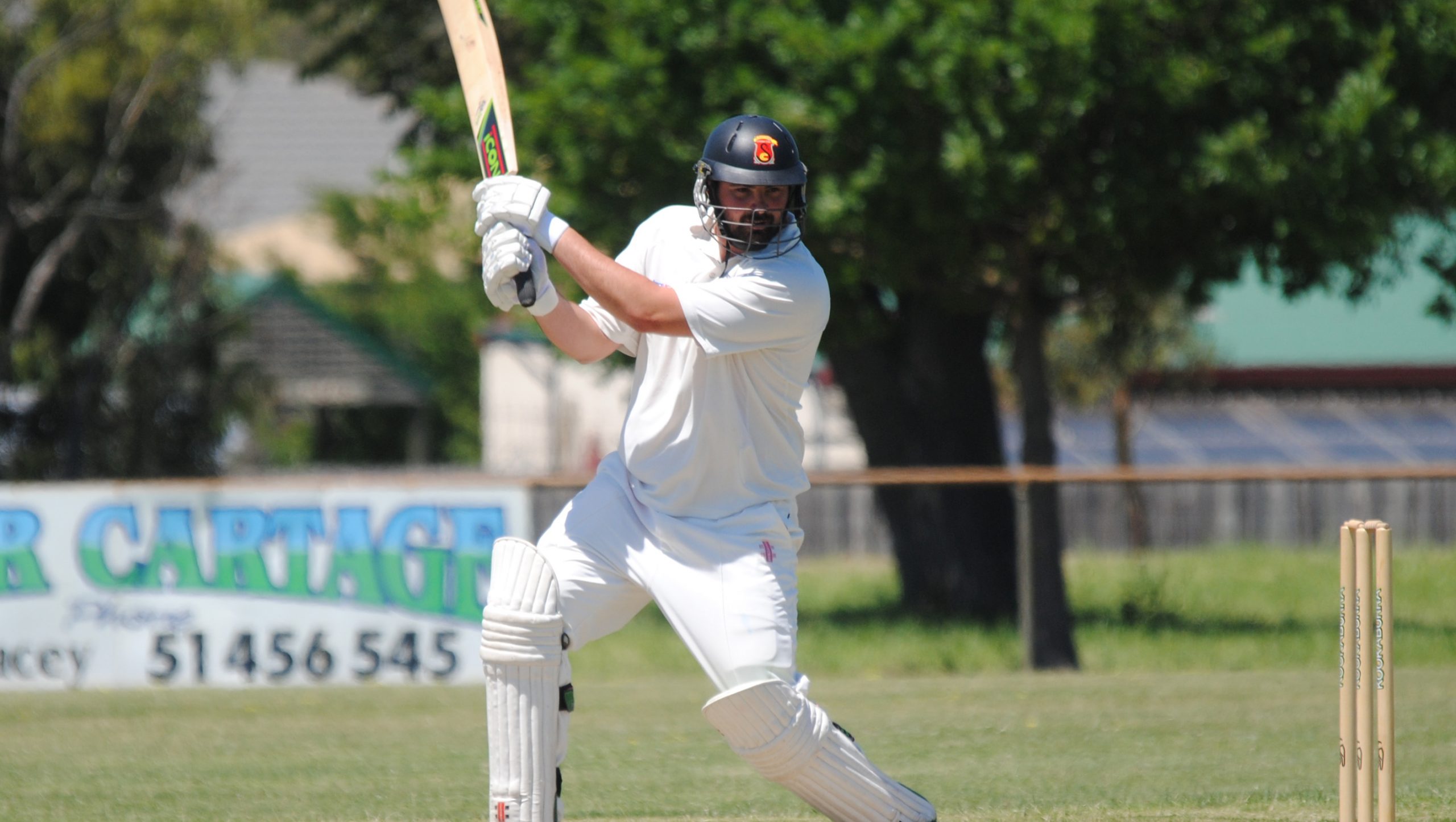 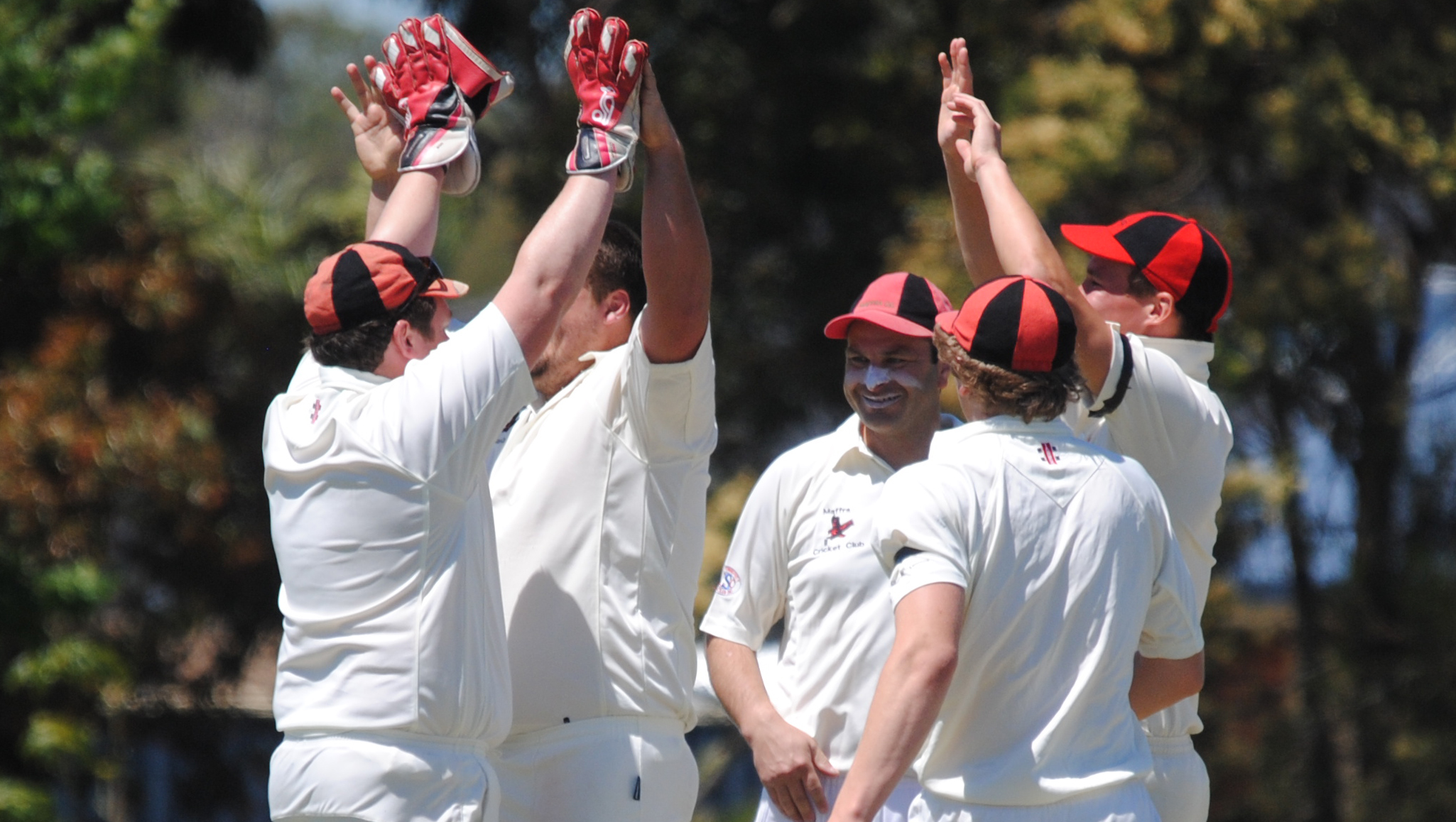 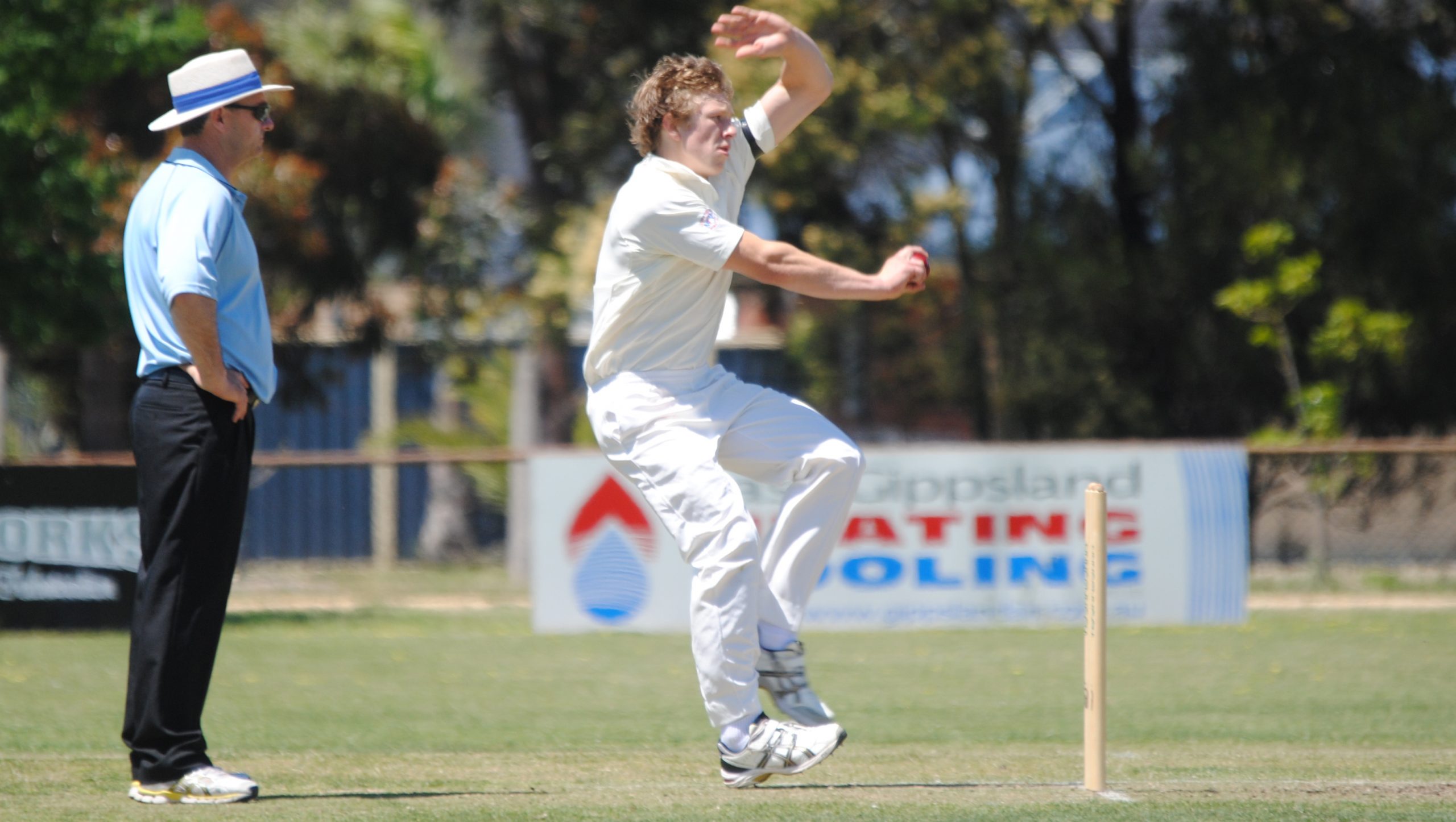 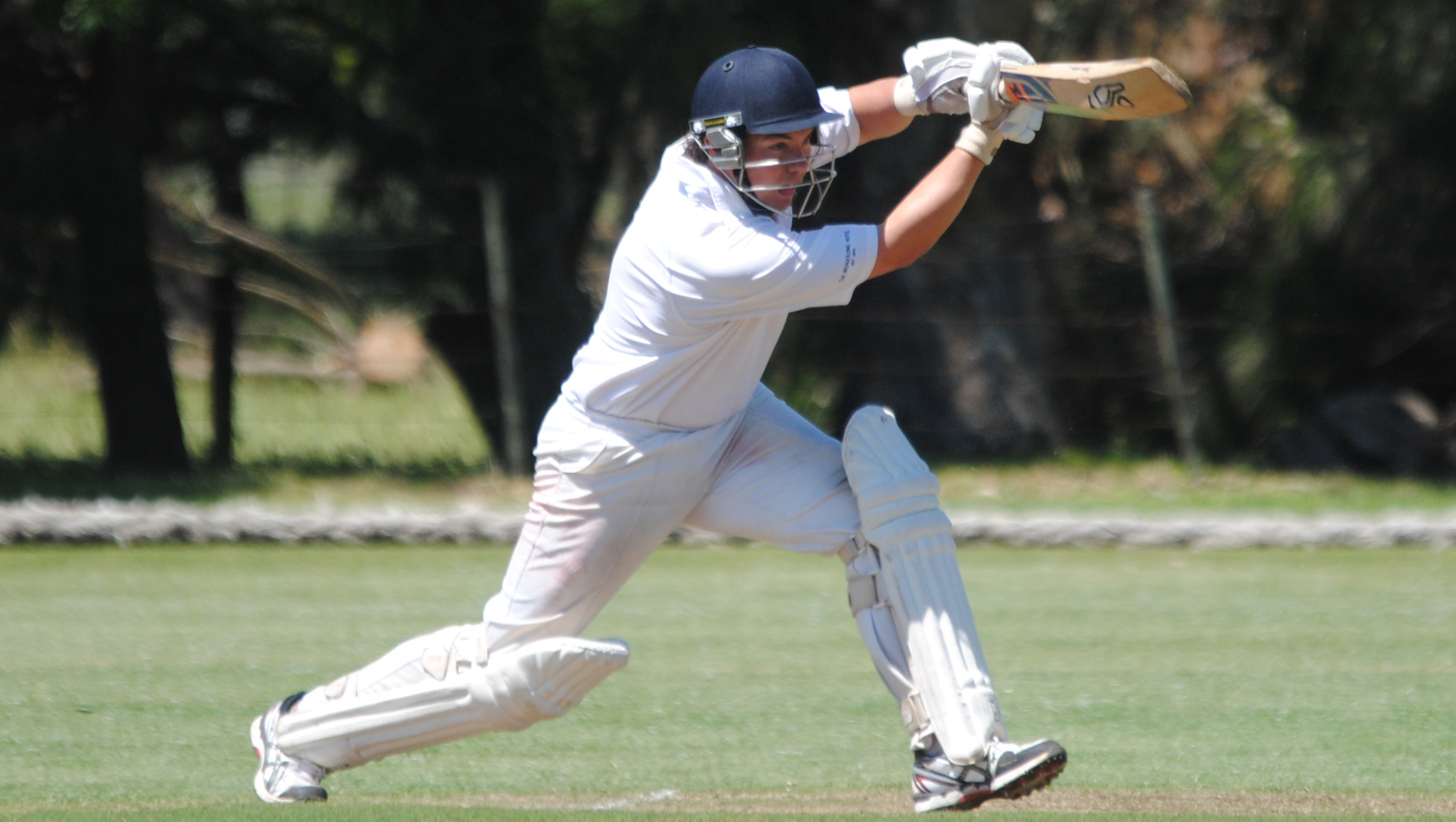 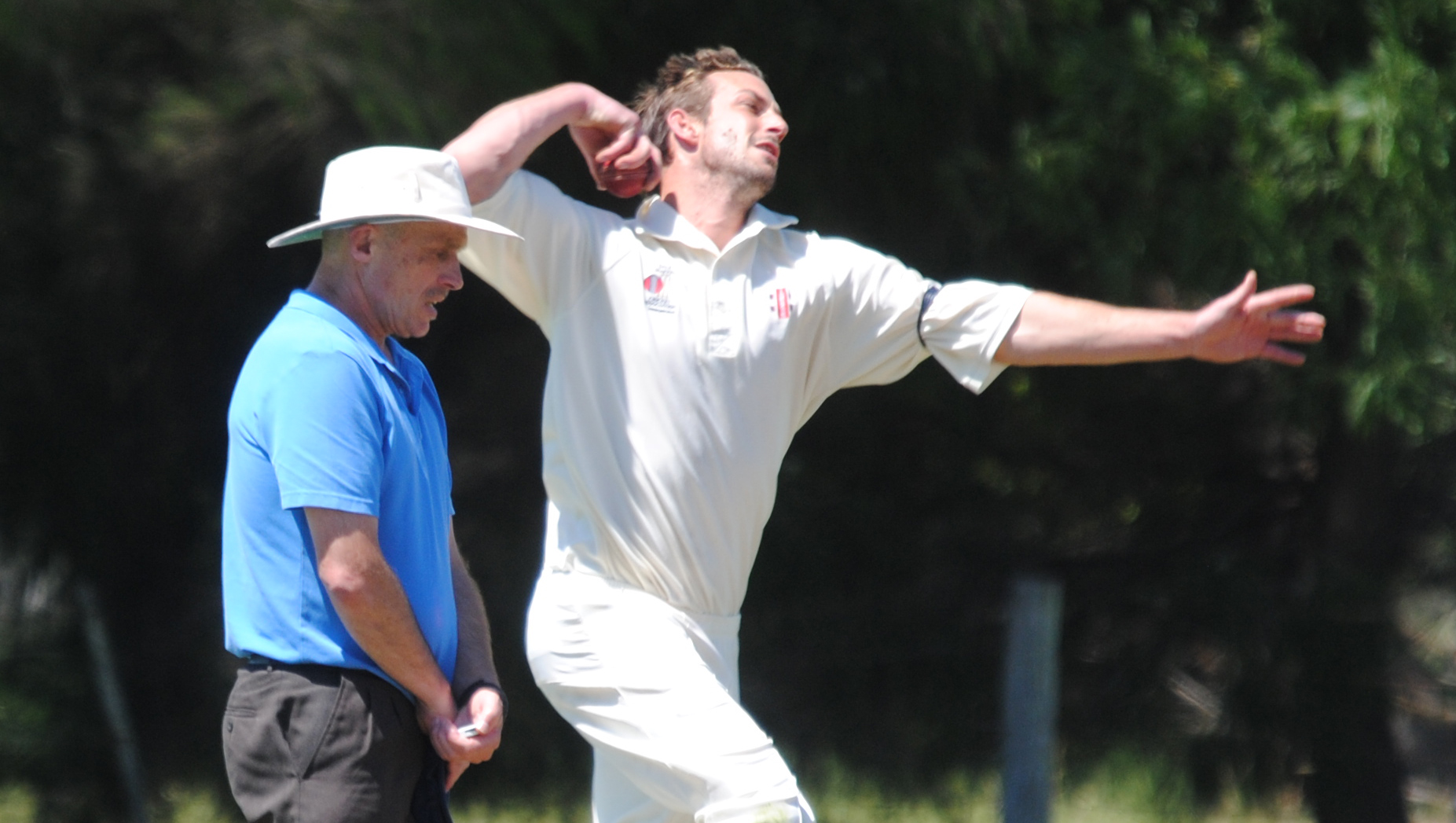 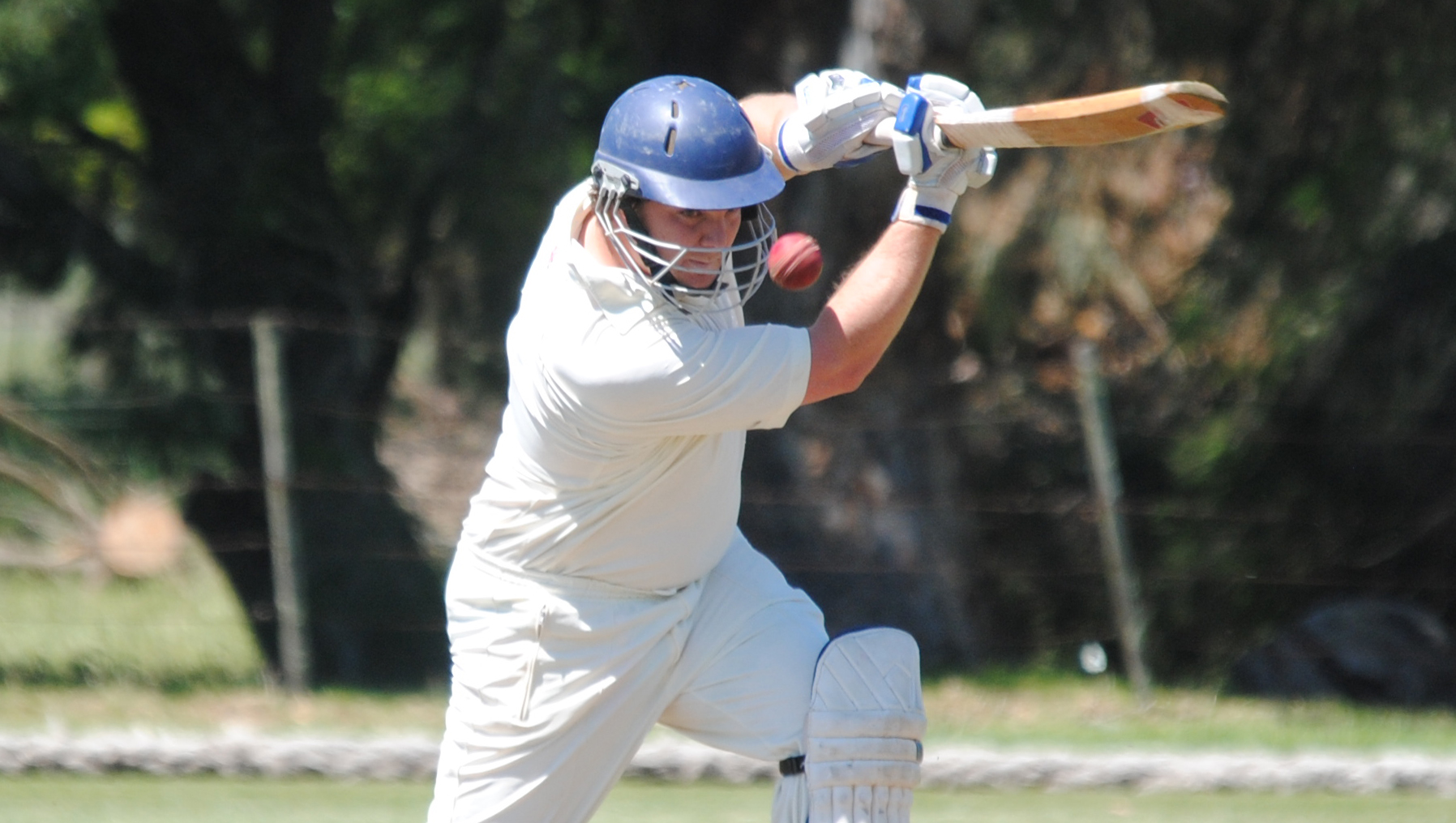 SIMON Williams and Jack Rietschel combined to ensure Stratford would successfully chase down Maffra’s strong total to claim top spot on the Sale-Maffra cricket ladder after round five.

With Josh Davis taking a return catch to remove the well set Ben Shepparson for 83, the match was tipped slightly in the Eagles’ favour with the Redbacks 6-182 in reply to the Eagles’ 9-253.

Enter Williams and Rietschel, who combined for a 130-run seventh wicket partnership to well and truly see the Redbacks home.

Earlier, the Eagles got off to a great start with Sam Anstee run out for two and Jack Tatterson caught behind for one.

Chris Aursich was holding things together at the top of the order for the Redbacks and looked in good touch, moving to 28 before he found Craig Pendrick off the bowling of Danny Butcher to make it 3-37.

Shepparson set about steadying for the Redbacks and found good support in Travis Millar and Taylor Tatterson, but when he fell for an innings high 83, the Redbacks were left needing a huge effort from their lower order.

Williams, 81, and Rietschel were more than up to the challenge, with promising youngster Rietschel proving he is capable of going on to get a score. Rietschel was last man out for Stratford, run out for 63 with the Redbacks bowled out for 336.

THE miserly Mark Donald led the way for Bundalaguah, who moved into third spot after bowling out Boisdale-Briagolong for 164.

Several Saints batsmen made starts but couldn’t go on with it, falling well short of Bundalaguah’s 8-255 in reply.

Jason Maidorn got the early breakthrough, Dylan Rowley completing the catch to send Mick Roberts on his way without score. Rowley, who pulled up sore in the morning, could only complete four overs but the home side wasn’t short of options, taking wickets at regular intervals to win comfortably.

Steve Noble and Tom Langshaw steadied after the early wicket of Roberts with a partnership of 62, but the home side wasn’t troubled from there.

Donald led the way for Bundalaguah with 4-32 from 29 overs, while Maidorn and Adam Cairns chipped in with two wickets each.

Louis Howard and Liam Hurst combined in a show of resistance to provide Bundalaguah with some frustration, before captain Matt Dowsett finished proceedings with his second wicket.

ROSEDALE-Kilmany was almost able to pull off the first outright win of the season, with its first innings win over Collegians proving enough for the Warriors to advance to the top four.

Declaring with a lead of 95, the Warriors went close to pulling off a bold outright victory attempt with Collegians finishing at 9-103 at the compulsory close.

Earlier, Leigh Freshwater and Geoff Kinnish continued their good work from last week, taking the score to 70 before they were dismissed in quick succession.

Brad Scott and Adam Diamond combined to edge the Warriors close to first innings points but Jack Goodwin, 5-87, did his best to restrict the damage.

Jack Holt, 4-29, and Scott, 3-25, inflicted most of the damage, while Rohan Diamond got the valuable breakthrough following a 38-run partnership between Jayden Allison and Nick Grainger.

Luke Nicholls and Goodwin were able to hold out to stumps for Collegians.

Howarth ran through the top order, claiming the first three wickets of the innings on his way to 5-35 to see Sale bowled out for 71 in reply to the Lizards’ 157.

Nico Watt got to double figures at the top of the order before becoming Howarth’s third victim, while Ben Jones also showed some rare resistance, moving to 15 before Howarth was in the action again, this time taking a catch off the bowling of Mitch Bennett to have the Lizards well and truly on top at 5-37.

Lachie Floyd continued the nightmare for Sale, getting through the defences of James Dyer to finish with 2-2 from three overs.

From 8-45, it was a long way to victory for Sale. Captain Ian Wrigglesworth top-scored with 20 before Layton Armstrong finished off for the Lizards with the final two wickets of the innings.

Still with 50 overs to complete the day, Sale City played it safe to finish on 8-126. Bennett top-scored with 33 for the Lizards, while wickets were shared for Sale, Ben Howes and Dyer leading the way with two wickets each.