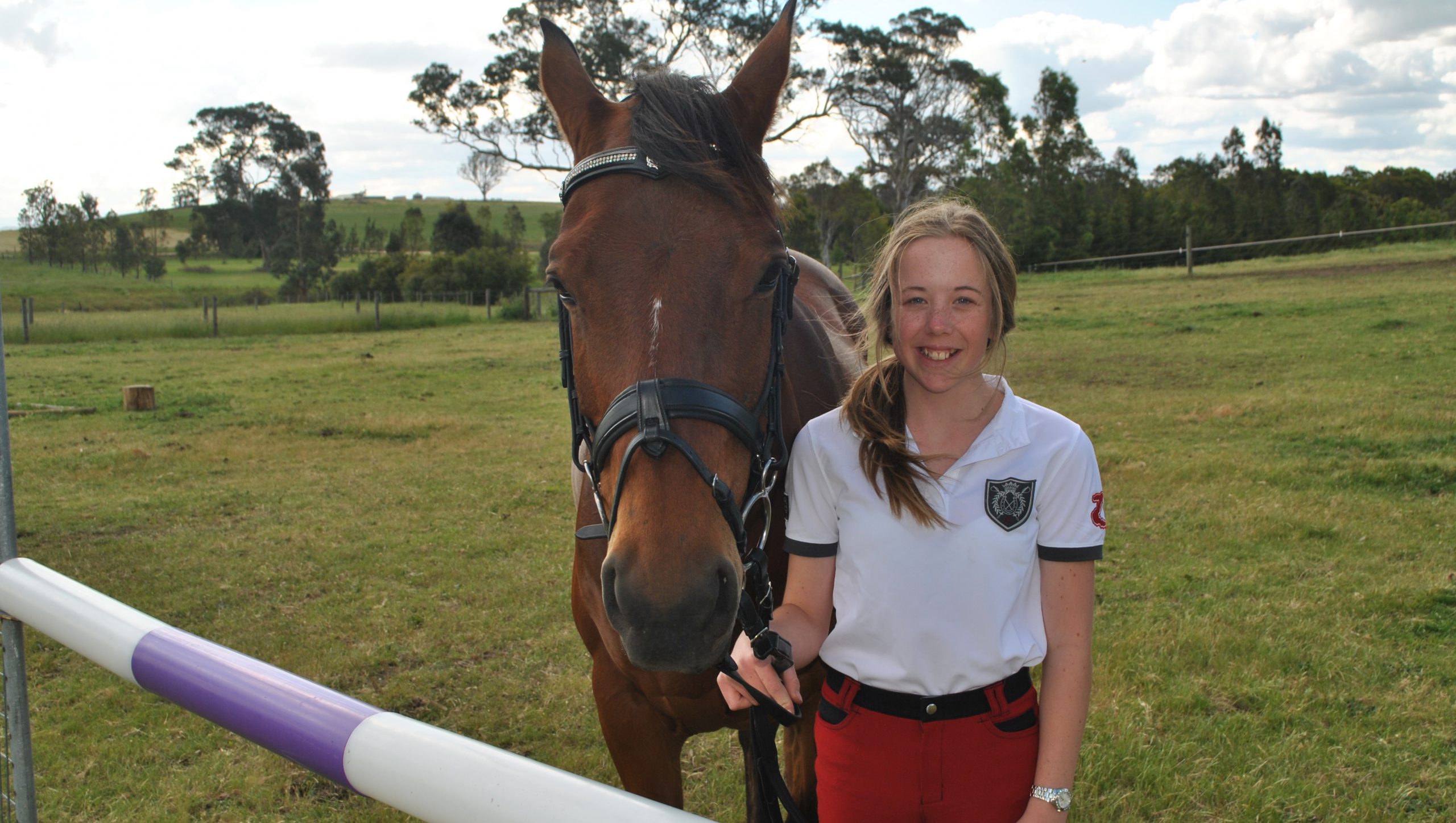 BRITTANY Stead will be hoping her successful showjumping streak continues as she prepares for two major events in the coming months.

An active member with Sale Showjumping Club and Bushy Park Pony Club, the 13-year-old from Maffra has made a remarkable start to her short showjumping career, winning the Australian championship in her first ever competition.

Competing against riders from all over Australia and New Zealand, Brittany qualified for the finals at the Werribee National Equestrain Centre with a top 10 finish before going on to take out the open height class 85 centimetre national title.

Two first places, a second and a third enabled Brittany to qualify for the final on her horse Jumpin Jack, whom she had been riding for less than a week, and exceed all expectations.

“She had only just got her showjumping horse, no more than two weeks (before the event),” Brittany’s mother Kim said.

“We entered just to go and see what showjumping is like at that level and get a feel for that level.

“Everywhere she has competed since she has won, so she is on a bit of a winning streak.”

Brittany’s recent success includes first in open C grade at both the Briagolong Gymkhana and Stratford Pony Club showjumping day, and two firsts and a second place at the Maffra Show.

Brittany, who has been riding since she was five and competing at pony club and in showing since the age of seven, will now turn her attention to some big events in the coming months.

Brittany will compete on the local show circuit before turning her attention to the jumping junior and young rider show, which will also be held at the National Equestrian Centre, and the East Gippsland zone state team qualifiers.

“She had been jumping on her pony but the pony couldn’t really jump high enough, so we had to invest in a new horse,” Kim said.