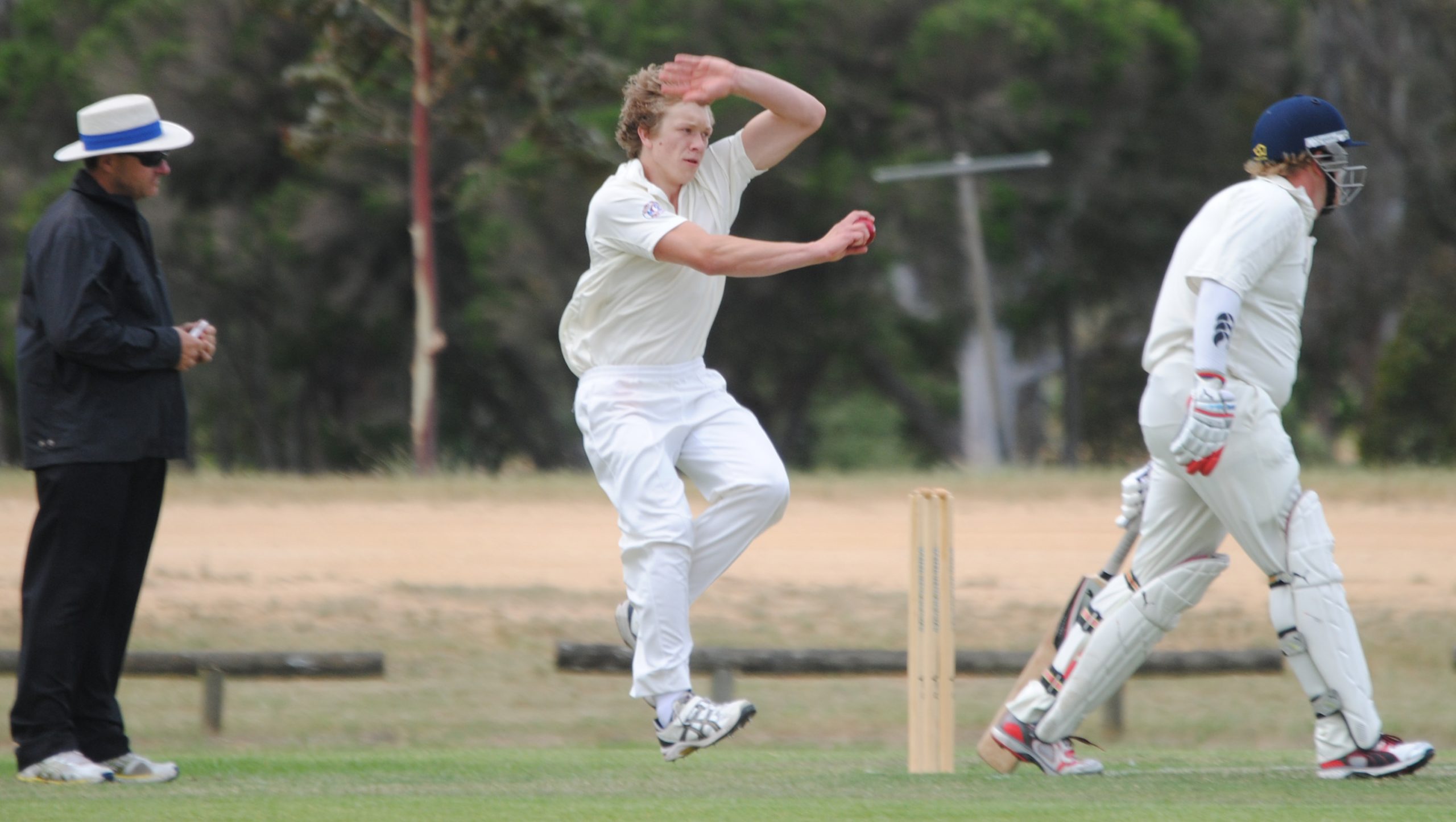 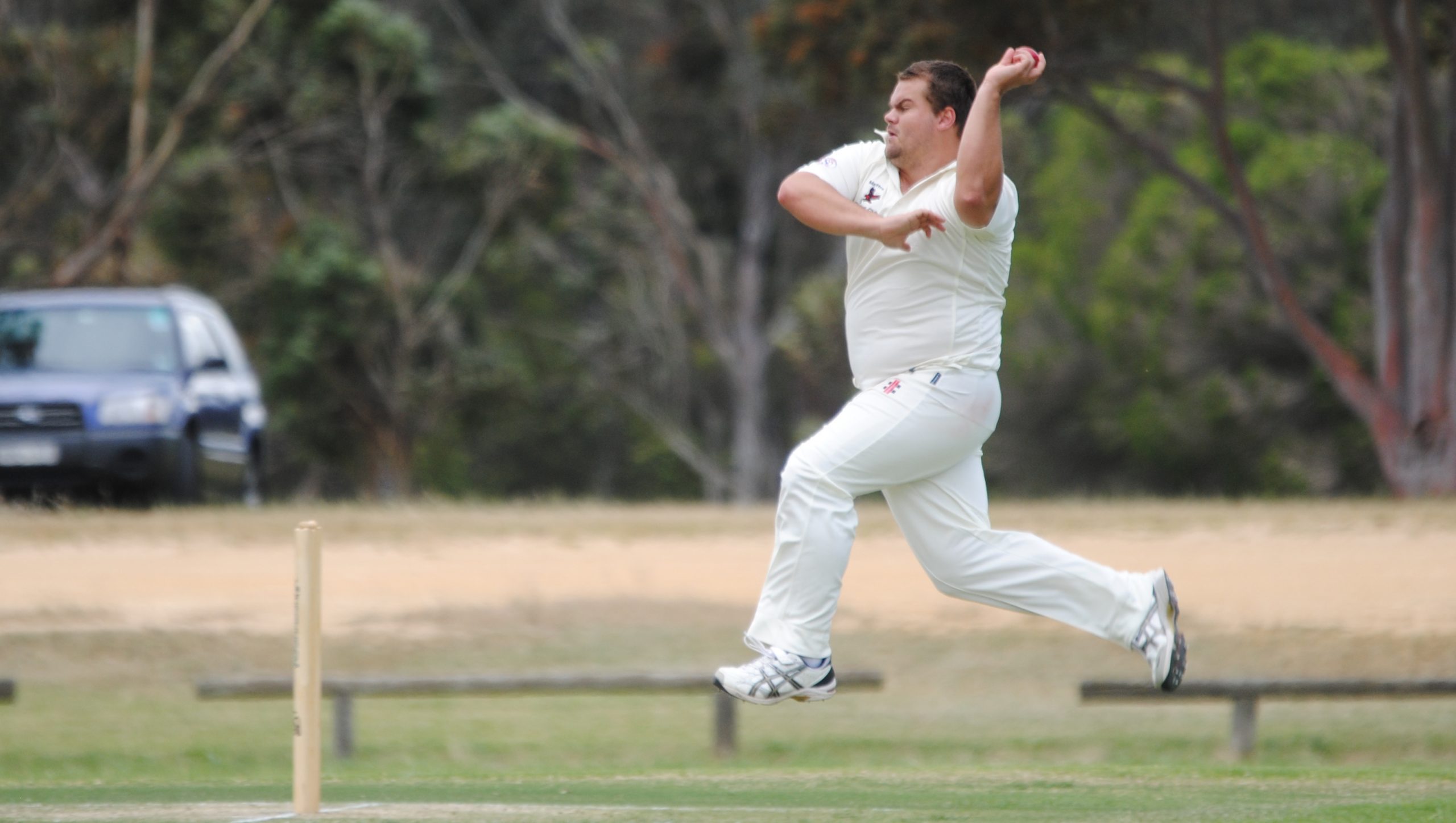 STRATFORD claimed first innings points against Sale City during day one of round six in Sale-Maffra cricket.

Stratford sent in the Lizards, bundling them out for just 25, with the Redbacks 6-214 at stumps on day one.

Simon Williams began the rot, removing Lizards skipper Jarryd Floyd for two in returning the figures of 1-4 from seven overs. Every Stratford bowler did their job, with Jack Tatterson the pick with 3-1 from seven, while Taylor Tatterson, Luke Maguire and Jack Rietschel took two wickets each.

Justin Mitchell top-scored for the Lizards with seven, while Greg Hickey managed six.

Scott Howarth was doing his best to restrict the Redbacks with three quick wickets, but half-centuries to Taylor Tatterson, unbeaten on 67, and Travis Millar put the Redbacks well and truly on top. Howarth got the valuable breakthrough, ending the 85-run partnership with a catch to Lachie Floyd.

Chris Aurisch added 60 with Tatterson, with Jarryd Floyd breaking the partnership. Zach Penn finished unbeaten on 11 as the Redbacks pushed beyond 200.

ROSEDALE-Kilmany finds itself in control in its match against Sale.

Half-centuries to Brad Scott and Rohan Diamond set-up the Warriors’ total of 165, with Hayden Glover the other batsman to reach double figures with 19. Ben Howes finished pick of the bowlers with 3-33, while the other wickets were shared.

Early wickets to Scott and Jack Holt put the Warriors on top, with Sale to resume on 4-14 with Ian Wrigglesworth and Ben Jones at the crease.

THE match between Boisdale-Briagolong and Collegians is in the balance, with the home side 2-41 in reply to 190.

Collegians won the toss and sent the Saints in with the move paying off early with early wickets to Michael Cafferkey and Mark Nicholls.

Mick Roberts, 58, and captain Dylan Bolton steadied with a partnership of 86, while 32 from Simon Jago helped the Saints to 190.

Cafferkey finished pick of the bowlers for Collegians with 4-48, while promising youngsters Mitch Thacker, 3-16, and Ned Hurley, 2-13, also contributed.

Liam Hurst got the early breakthrough for the Saints during the Collegians’ innings, while Dylan Bolton trapped Mark Nicholls in front for 24 to put the match back in the balance.

Cafferkey and Jayden Allison will resume on Saturday with the score 2-41.

Adam Cairns was the first to go for Bundalaguah, bowled by Jacob Weatherley for 10 with the score on 10.

Jason Langshaw and Sam Bedggood steadied with a partnership of 51 but fell in quick succession.

Nathan Massey, with an unbeaten 33, Daniel Bedggood, Matt Dowsett, Shaun Humphries and Glenn Moon all reached double figures but Maffra was able to take wickets at regular intervals to restrict Bundalaguha to 158. Nathan Magnuson led the way for Maffra with 5-37.

Jon Cheer and Sam Evison took the Eagles to 50 with Massey getting the important breakthrough, while Evison fell on the final ball of the day, trapped in front by Cairns. Brett Lanigan will resume on 10.