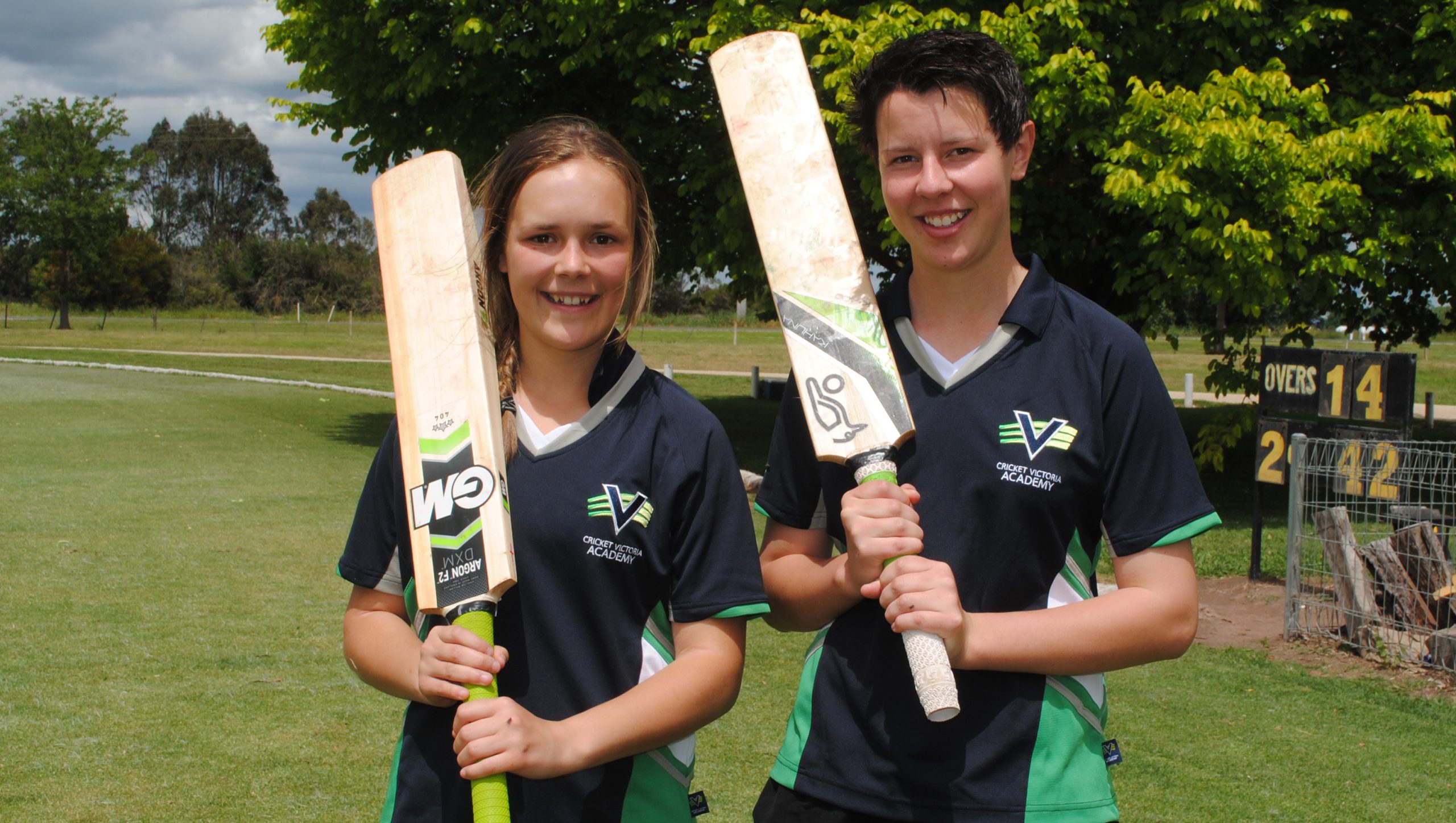 FOURTEEN-year-old local cricketers Hayleigh Brennan and Holly Whitford will be teammates in the Victorian under 15 team which will play in the national championships in Sydney later this month.

Hayleigh, who plays with Maffra, has had plenty of experience at this level, having played in the Victorian schools team for two years and was selected in the team of the tournament after an outstanding under 15 championships in Sydney last season, which included 6-30 against the ACT.

This is not the first time Hayleigh and Holly, who plays with Sale City, have been teammates as they are co-captains of the Gippsland Pride team which plays in the state championships.

Both opening bowlers, Hayleigh works up good pace with a near perfect action, while Holly also picks up wickets with her accurate left arm deliveries.

Both girls said they also batted a bit. Hayleigh has a top score of 88 and Holly has scored a 50 with Gippsland.

So far the girls have had a similar career path, having worked their way through the age groups with state school teams, Gippsland Pride and their local junior teams.

Fifty-five girls trialed for the under 15 state team with a squad of 13 selected for Sydney during a three-day training camp at Caulfield Grammar.

Both Hayleigh and Holly appreciated the support of their parents, who provided transport to training in Melbourne.

Hayleigh and Holly have developed and improved under local coaches and they are now playing with their local under 16 teams.

When asked about their cricketing future, both talented young ladies said they wanted to be the best they could and go as far as possible.

They are the only Gippslanders in the Victorian team and have talent and commitment, I see no reason why they will not follow in the footsteps of other Gippsland girls who have played at state level.