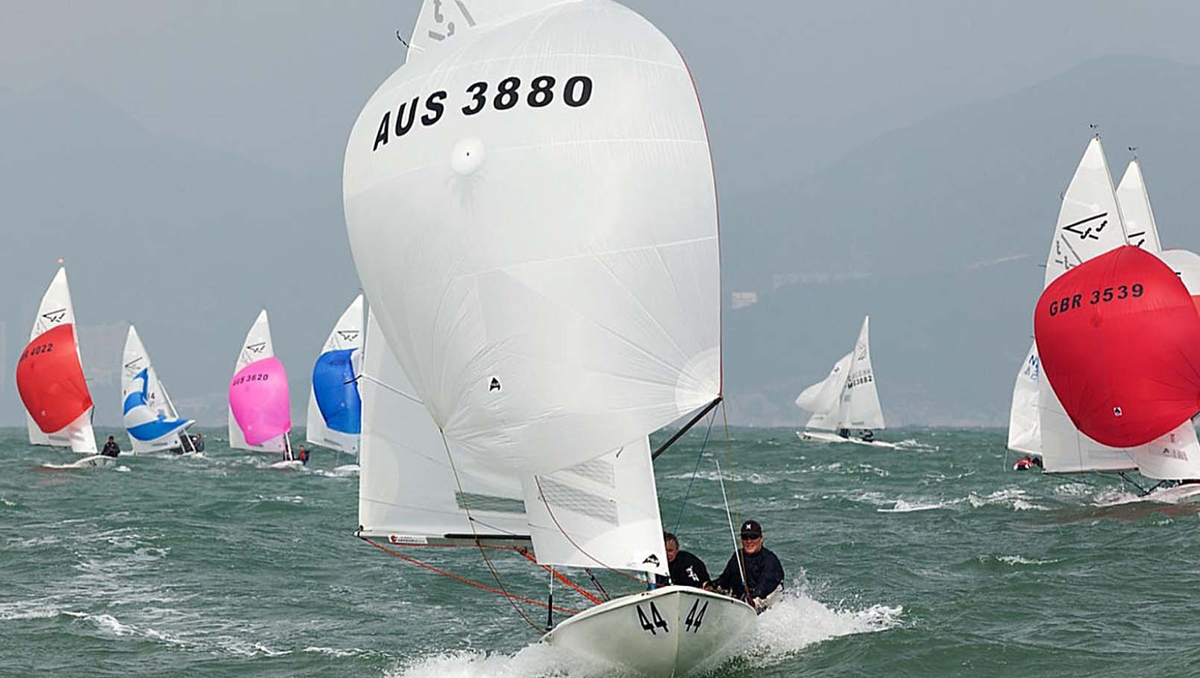 LOCALS Craig and Ian Rainey have returned from the Flying 15 world championships in Hong Kong, finishing a creditable 15th from a field of about 60 yachts.

The brothers qualified for the world championships with a fourth placed finish at the national titles held at Davis Bay Yacht Club in New South Wales in January.

Ian said they competed against quality opposition at the world championships with boats from the United Kingdom, Ireland, New Zealand, France and Australia.

Boats compete in a one design boat, international class, which has been running for more than 50 years.

“We finished 15th overall, which is the best we’ve done for a while,” Ian said.

“There were 60-odd boats at the world titles which were conducted over a week.

“There was some good, close racing.

“The guy who won had previously done an Olympic campaign; he was a reserve for the 470s, he went back to back (world titles).

“Fourth place, he has won the worlds three times.”

While the pair practised locally and competed in winter regattas in Melbourne in the lead-up to the world titles, Ian said they had to battle tough conditions in Hong Kong with winds ranging from 10 to 25 knots.

“In Hong Kong, we sailed out of Middle Island, about an hour to the start line across a shipping channel,” he said.

“The course had a good sea; three metre swell with another chop on top.”

The brothers, who normally sail at Paynesville on the Gippsland Lakes, started sailing at Marlay Point with their father.

“We have been sailing together for a long time.”

Craig said they would now turn their attention to the national titles to be held at Lake Macquarie, New South Wales in January.

With boats from the world titles shipped to Hong Kong in 40 foot shipping containers, the brothers will first have to collect their yacht from Sydney.

Six boats from the eastern states were shipped to the worlds from Sydney, while another container was shipped from Western Australia.

“We hope to get it (our boat) back in time for that regatta (nationals),” Craig said.

“The worlds usually change from northern to southern hemisphere, and now that I’ve got my own business it’s hard to get away from work in winter for the northern hemisphere (titles).

“The next (southern hemisphere) one is in New Zealand in 2017; it would be good to go if we are still going.”

“We will gear up for that but it’s still a fair way off,” Ian added.