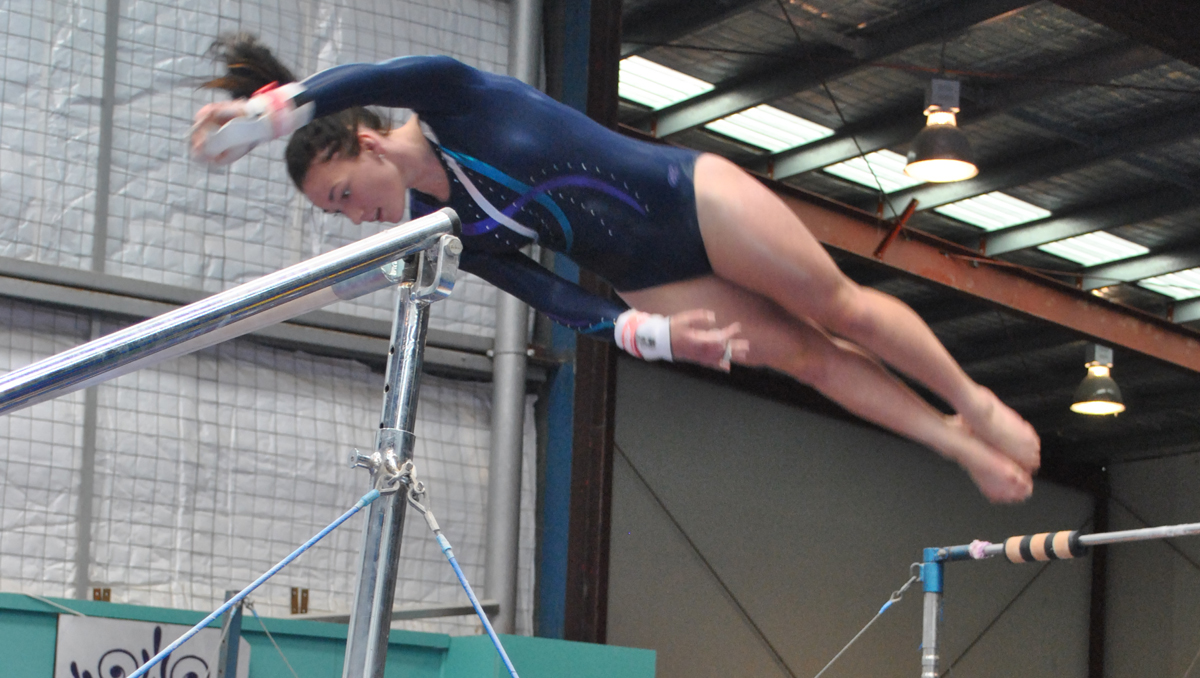 Competing against 280 gymnasts at a qualifying event in Maffra, Brittany was one of 32 to qualify for the final. With events also held in Geelong and Waverley, Brittany was the highest ranking qualifier from the three venues into the championships.

Competing at state level 10, which is the highest level in state competition, Brittany finished Victorian champion on vault with 12.40 after performing a high and well executed Tsukahara Vault.

A Tsukahara Vault is a half turn onto the vault, and one and a half somersault from the hands off, and Brittany was also crowned champion on vault last year with the same routine.

Brittany was also crowned champion on bars, scoring 12.70 with a near faultless routine to win this event by 0.65.

On beam, a fall cost Brittany 1.3 marks (one for the fall and 0.3 for the connection bonus if she had of stayed on).

Winner of the event was Sarah Kerr from Eclipse, who did not place on any apparatus but was consistent across all four events.

Brittany was nudged from top spot last year by 0.5.

Brittany said she would return to try and go one better next year.

“Hopefully I can win it next year; I’ve just got to train hard,” she said.

“I train four nights a week, for three and a half hours each night.”

To create a level playing field, competitors in level 10 are limited to training for a maximum of 12 hours a week in the five weeks leading up to the event.

Leyla Berry, Maddie Schleifer, Jasmine Schellen and Sinead Zafer competed at the national level 5B championships on November 9, with Leyla achieving the best result with a fourth place on vault.