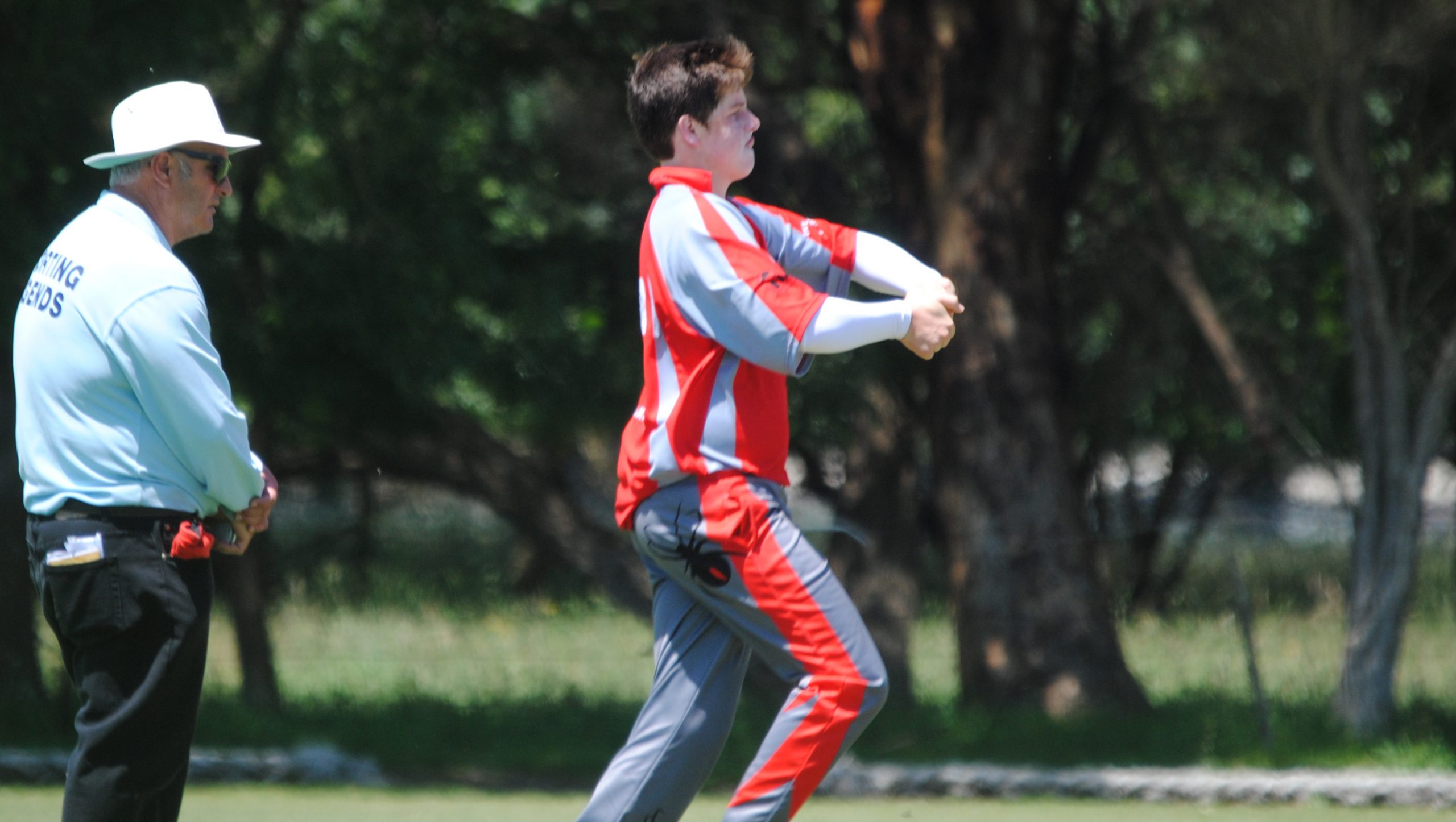 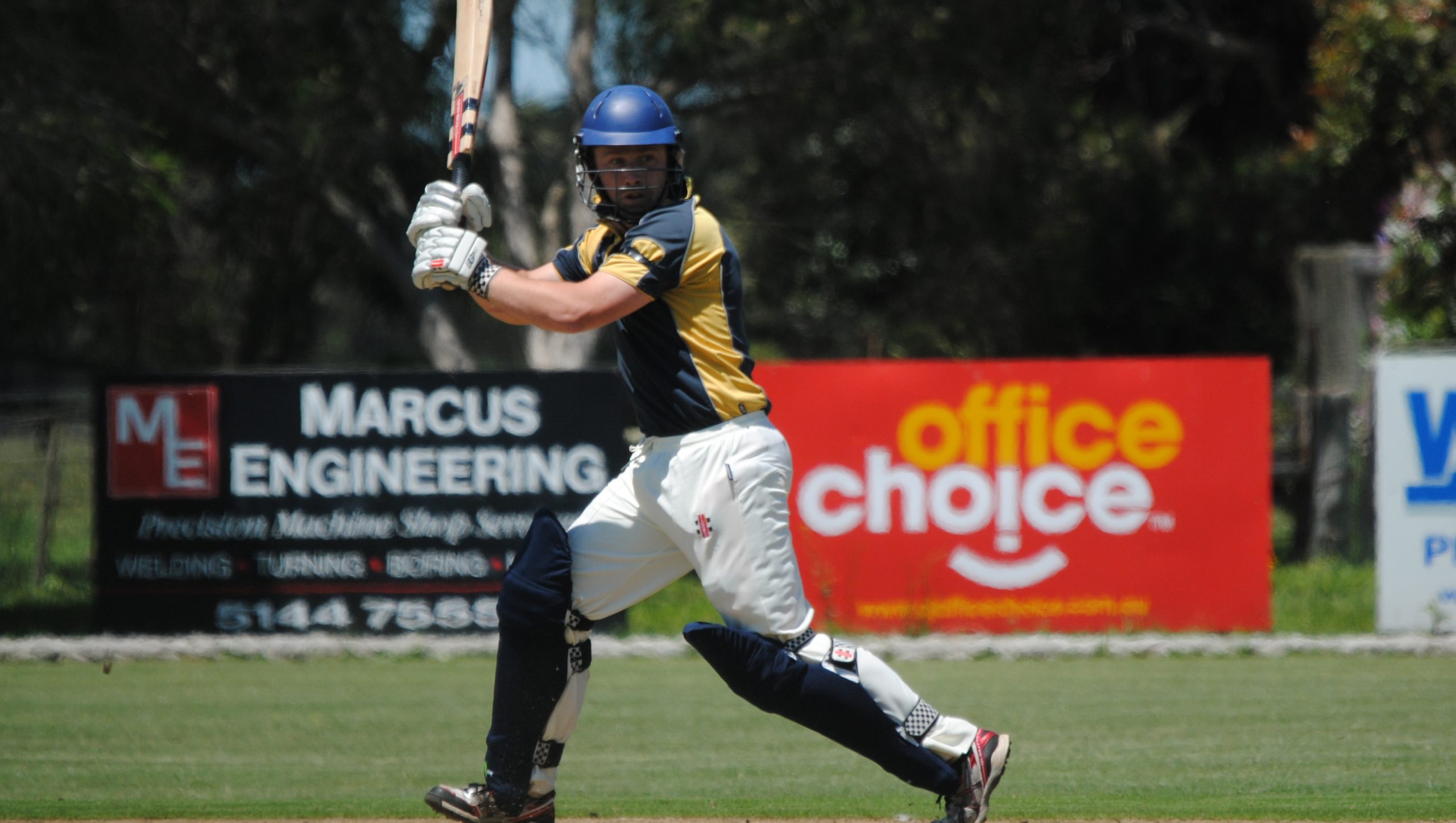 STRATFORD maintained its unbeaten status, comfortably accounting for Bundalaguah in round seven of Sale-Maffra cricket.

The win moves the Redbacks two games clear on top of the table, while Bundalaguah sit outside the top four on percentage.

Stratford’s bowling attack continued its good form, taking wickets at regular intervals to restrict Bundalaguah to 9/113 from their allotted 40 overs.

Jack Tatterson was the first to break through for the Redbacks, trapping Adam Cairns in front before spinner Jack Rietschel continued his good form, with Sam Anstee assisting behind the stumps to send Jason Langshaw on his way for 10.

Rietschel would pick up the big wickets of Daniel Bedggood, who holed out to Chris Aursich in the deep following a six over midwicket, and Bundalaguah captain Matt Dowsett on his way to returning the figures of 3/15.

From 8/70, Mark Donald and Dylan Rowley, unbeaten on 18, ensured they had a total to defend with a partnership of 32 to help Bundalaguah to a triple figure score.

With Stratford troubled by the spin of Dowsett and Donald, Aursich proved the rock at the top of the order with his 65 putting the Redbacks on the brink of claiming the six points.

Captain Travis Millar made a good start, trapped in front by Brad Smith just two runs shy of the required total for victory.

Anstee and Simon Williams, unbeaten on 43, helped the Redbacks reach 8/181.

COLLEGIANS claimed the big scalp of second placed Maffra to record their second win of the season.

Opening the bowling, Matt Foster took the early wicket of Jon Cheer before Sam Evison and Brett Lanigan, 77, got the innings back on track. An unbeaten 30 from Josh Davis helped the Eagles to the competitive total of 6/175.

Luke Nicholls led the way with the ball for Collegians, returning the figures of 3/30.

Collegians made light work of the run chase, keeping wickets in hand.

Usually explosive at the top of the order, Geoff Wells played second fiddle to Foster and was the first to go, caught by Jacob Weatherley off the bowling of Davis. A run out brought about Foster’s downfall on 40, with Danny Butcher combining with Jim Beaumont.

SALE City continued the theme of upsets, defeating Rosedale-Kilmany by 10 runs in a thrilling finish.

Scott Howarth, 4/19, and Lachie Floyd picked up early wickets before the Diamond brothers led the middle order fightback for the Warriors with support from Sam Lucas-Laws, playing against his former club.

Craig Alcock finished unbeaten on 15 to help the Warriors post the competitive total of 8/158. Jarryd Floyd picked up two key wickets for the Lizards.

Mitch Bennett played the anchor role for Sale City, with Trevor Williams setting up the Lizards’ run chase with 65 before he offered a return catch to Rohan Diamond with the score of 100.

Howarth added 33 with the bat to go with his four wickets, but with Rohan Diamond, 4/31, picking up wickets at the other end, the pressure was on the Lizards’ tail. Lucas-Laws was also back in the game, with a direct hit to send Lizards captain Jarryd Floyd on his way.

From 7/142, Greg Hickey and Lachie Floyd saw the Lizards home.

BOISDALE-Briagolong ensured it had some breathing space inside the top four, accounting for Sale.

Steve Noble top scored in the Saints’ 8/184 with 45, with Daniel Cameron and captain Dylan Bolton also making valuable contributions in the middle order. Simon Jago played another cameo innings for the Saints, scoring 21 against his former club.

The spin of Scott Wegener troubled the Saints, with Wegener taking six of the eight wickets to fall.

Ben Jones and Lindsay Stevens were the only Sale batsman to reach double figures, with captain Ian Wrigglesworth stranded on nine with his side bowled out for 81.

Andrew Nicholas led the way with the ball with 5/15, while Tom Norman picked up three wickets.

Playing his 200th match for the club, Jason Phillips fittingly took the final wicket of the Sale innings.