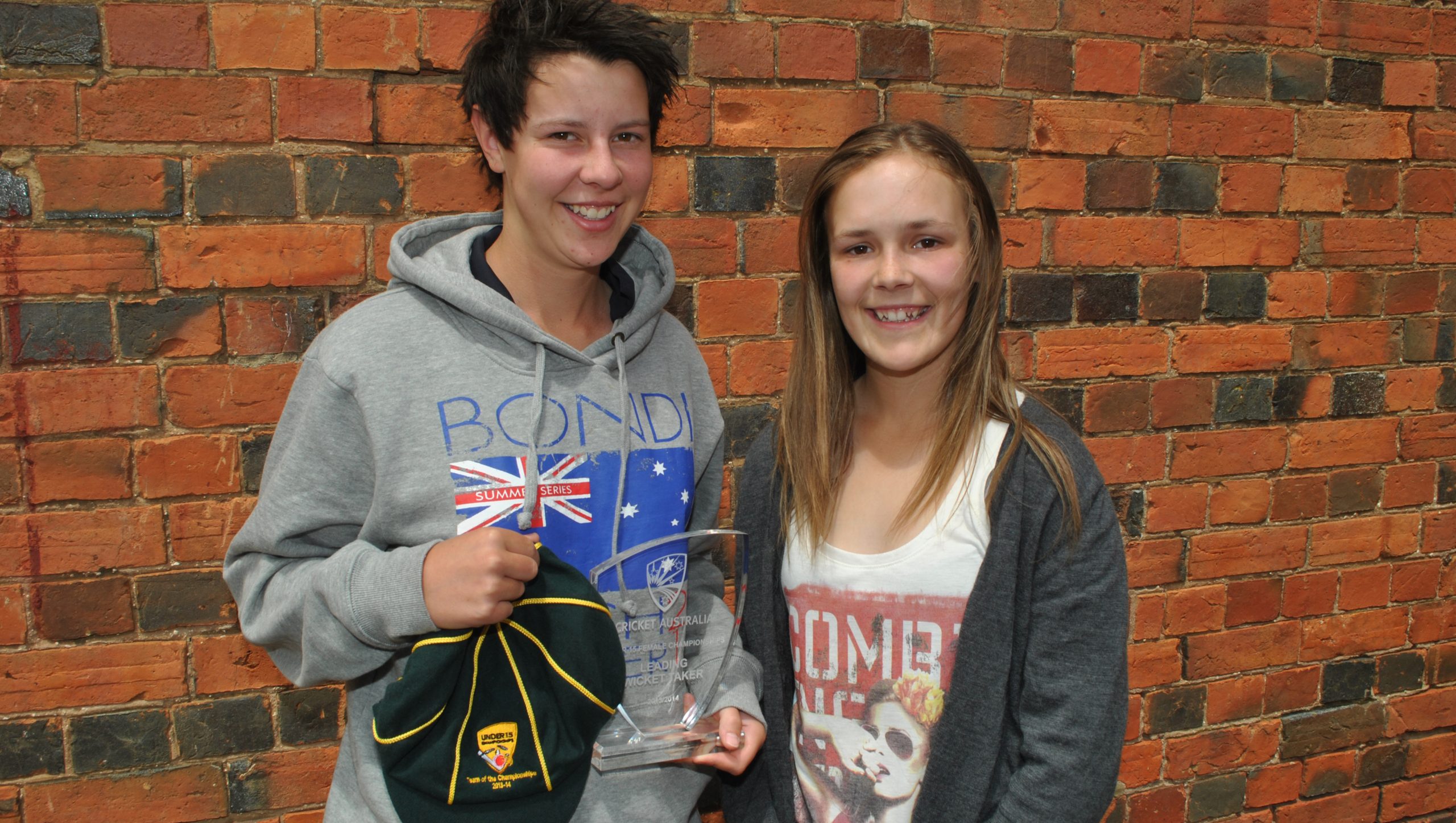 Teammates in western Sydney, the pair will face off in junior cricket this weekend as they continue their preparations for the representative cricket that lies ahead. Hayleigh and Holly are both expected to represent Gippsland Pride in the state championships.

Part of the Victorian side to finish runner-up to New South Wales, both were selected following a long selection process with several trips to training at Melbourne Cricket Ground’s indoor facility and trial matches.

“We had a couple of trial games,” Holly said.

“(There were) three stages, they start out with 50 girls, cut 15 for second stage and then they cut the rest.”

Hayleigh said most of the focus during the trial process was on batting and bowling, with minimal fielding practice.

“If you were a bowler you bowled, and the batters kept going,” she said.

Selected in the side as bowlers, both Hayleigh and Holly had a successful tournament with the ball. Holly finished with three wickets in two matches, while Hayleigh’s best figures of 4-19 came in the big win over Australian Capital Territory.

Despite defeating New South Wales on the opening day, Hayleigh said the Victorians were still not confident of taking out the final against the strong line-up.

“None of us were (confident),” she said.

“We were fine when we were bowling, but as soon as it was two onto 11.”

“They lost to them last year in the grand final, so it’s a bit of a rival game,” Holly added.

“I think we choked to be honest. We lost our first four batters, everyone just dropped their heads and thought we have got no hope now.”

Hayleigh finished the tournament, made up of 40 over and twenty20 contests, as equal highest wicket taker and earned All Australian status for the second consecutive year.

“It goes by performance through the whole carnival,” Hayleigh said.

“Usually a lot of the captains get in and then if you win an award you get in.

“You can get points, but there is no player of the match.”

Off-field highlights would include meeting former Australian wicketkeeper Adam Gilchrist at the airport and Australian bowler Mitchell Starc and Australian women’s representative Alyssa Healy at a shopping centre on their rest day.

Despite missing Gippsland Pride training because of state commitments, both Hayleigh and Holly are confident of lining up for the state championships. They will then turn their attention to the big challenge of try-outs for the Victorian under 18 team.

“(It’s a big jump), especially already being the youngest, so I get three years in that.

“I don’t think it’s as easy though.

“After their training they go up to the gym, do a bit of work then go out, go for a run and do sprints.

“(The carnival’s) pretty much exactly the same, just a higher level.”

Holly said she would also attempt to break into the under 18 team.

“Everything (at under 15s) was amazing, just a great experience altogether,” she said.

“(It’s) another step higher, another level.