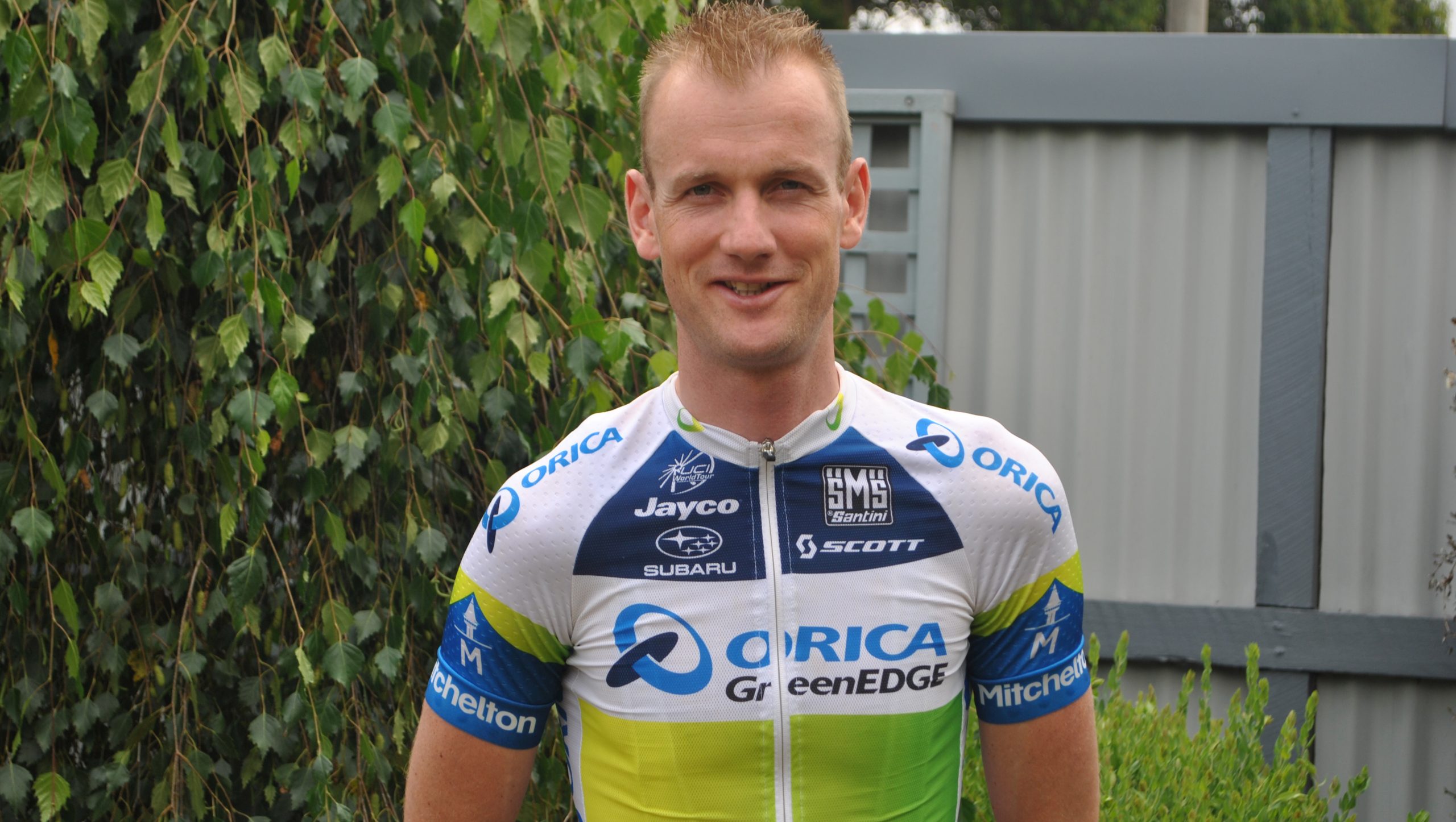 Weening, a road bicycle racer from Harkema, Friesland, in the Netherlands, has stayed on in Sale following his Orica-GreenEDGE testing commitments in Australia, with a local family taking him under his wing.

As a member of the Orica-GreenEDGE team to attend the squad camp, riding to Canberra from Nagambie in Victoria’s north, Weening stayed at the insistence of local Dan Jones.

“I had a knee injury and was at the European Training Centre for Australia.

“I looked outside and there was this white haired man running through the snow.

“I thought, it’s February, what is this idiot doing and he came inside, introduced himself and that’s how it started.

“It was (later) on the Tour maybe, and he said let’s go to Australia.”

Weening said the Sale area proved perfect for training at this time of year, with weather more friendly than the European winter.

“Last year, we didn’t have to come to Australia, this year we did, so it was the perfect opportunity to stay on a few more weeks,” he said.

“Training wise, it is perfect for this period of the year, we don’t need the hill climbs at this time. It’s a good area for endurance training without a great amount of traffic.

“Back home it’s winter so there is a lot of specific training; you’re planning your training on the weather forecast.”

Weening said he had also been training with local cycling group, the Sale Easy Riders, where 10 to 15 riders gather in Guthridge Parade each Saturday morning to begin a 120km loop.

“Tomorrow (Saturday), the guys will arrive at 6am for a training loop,” he said.

“Every Saturday is the same; we meet some of the guys at 7am at Bananna Hill.”

“I think they call it Bananna Hill because everyone is eating banannas when we get there,” he quipped.

“They are on Christmas and New Year holidays, so nearly every day they have been waiting at 6am. It makes it easier, doing the kilometres in a group, it’s easier on the head.”

Weening said while the sport wasn’t big in Australia, it was becoming more popular after the success of Australian Cadel Evans on the Tour de France.

“Today I stopped at a gas station in Stratford because I ran out of water and a guy working on the light poles knew me straight away,” he said.

“He saw my jersey and said he was a big fan of GreenEDGE.”

Weening said he had been well received during his stay, and had sampled a Maffra pie.

“I thought it (Sale) might have been a bit smaller,” he said. “The food is much the same as western Europe, but I knew that before.

“I was eating frog in Malaysia once and was told it was chicken.”

Jones said Weening had fitted in well, helping the Easy Riders work on their lead outs.

“He’s the closest in the GreenEDGE squad to anyone from Sale,” he said.

“He is relaxed, outgoing and meeting new people.”

Weening will hope to continue his good form after winning the Tour de Pologne (Tour of Poland) after starting the time trial fifth overall, and 27 seconds down.

“I’m not a sprinter, I’m a bit of an all-rounder; I’m good for GCs (general classifications) and tours that last a week,” Weening said.

“On the grand tours, we try and pick out stages where we reckon I will be a good chance.

“On January 11, I head to Argentina to build up for the rest of the season.

“It’s a six stage race but I’ll be competing against the South Americans, who are already half way through their season.

“The big races at the back (end) of March, April and May will be the most important for me in 2014.”

Weening is the first and only rider from his village to win a stage of the Tour de France. In 2005, after one of the closest finishes in the history of the Tour, Weening won the eighth stage just ahead of Andreas Kloden and was named Dutch cyclist of the year.