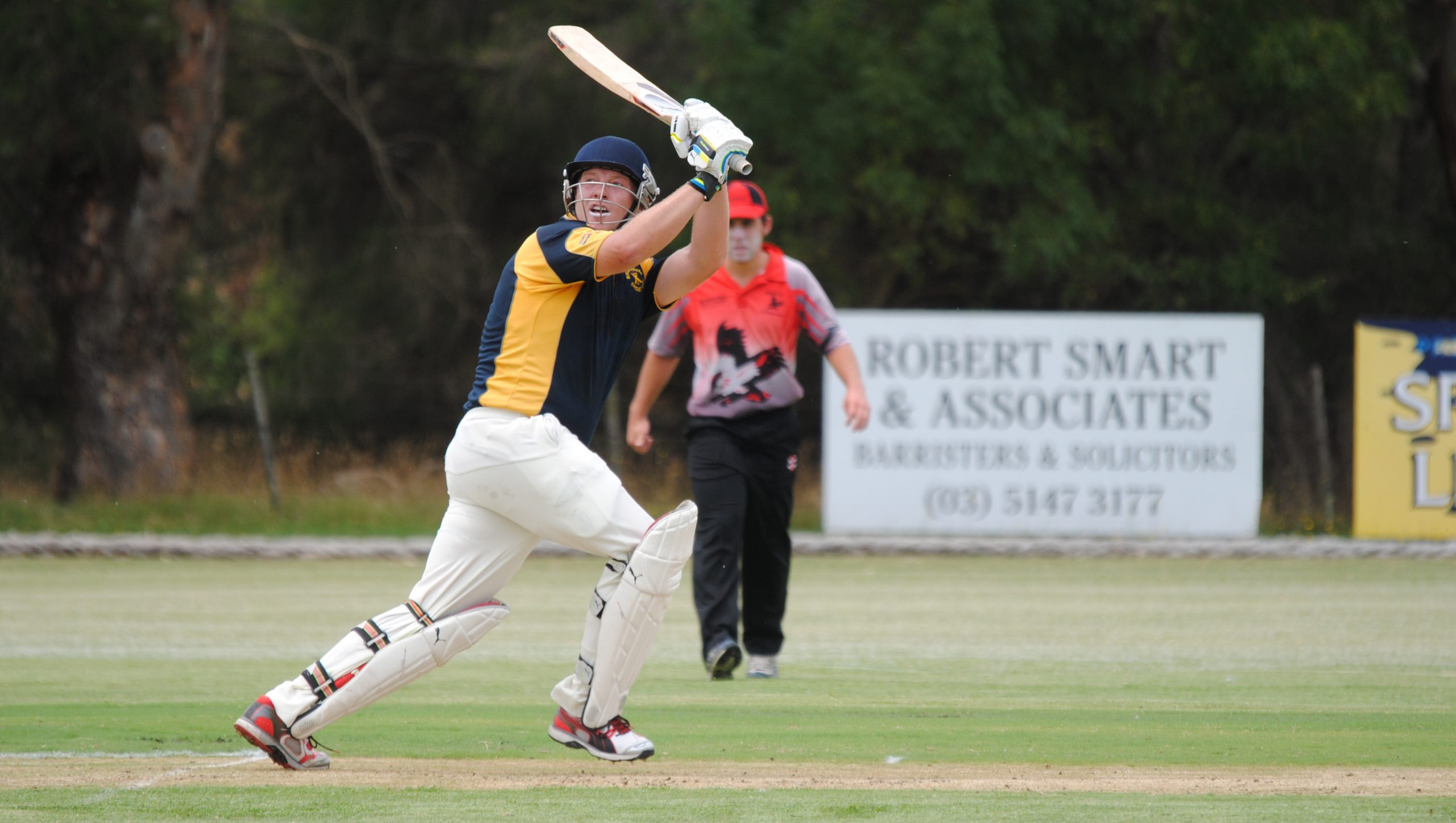 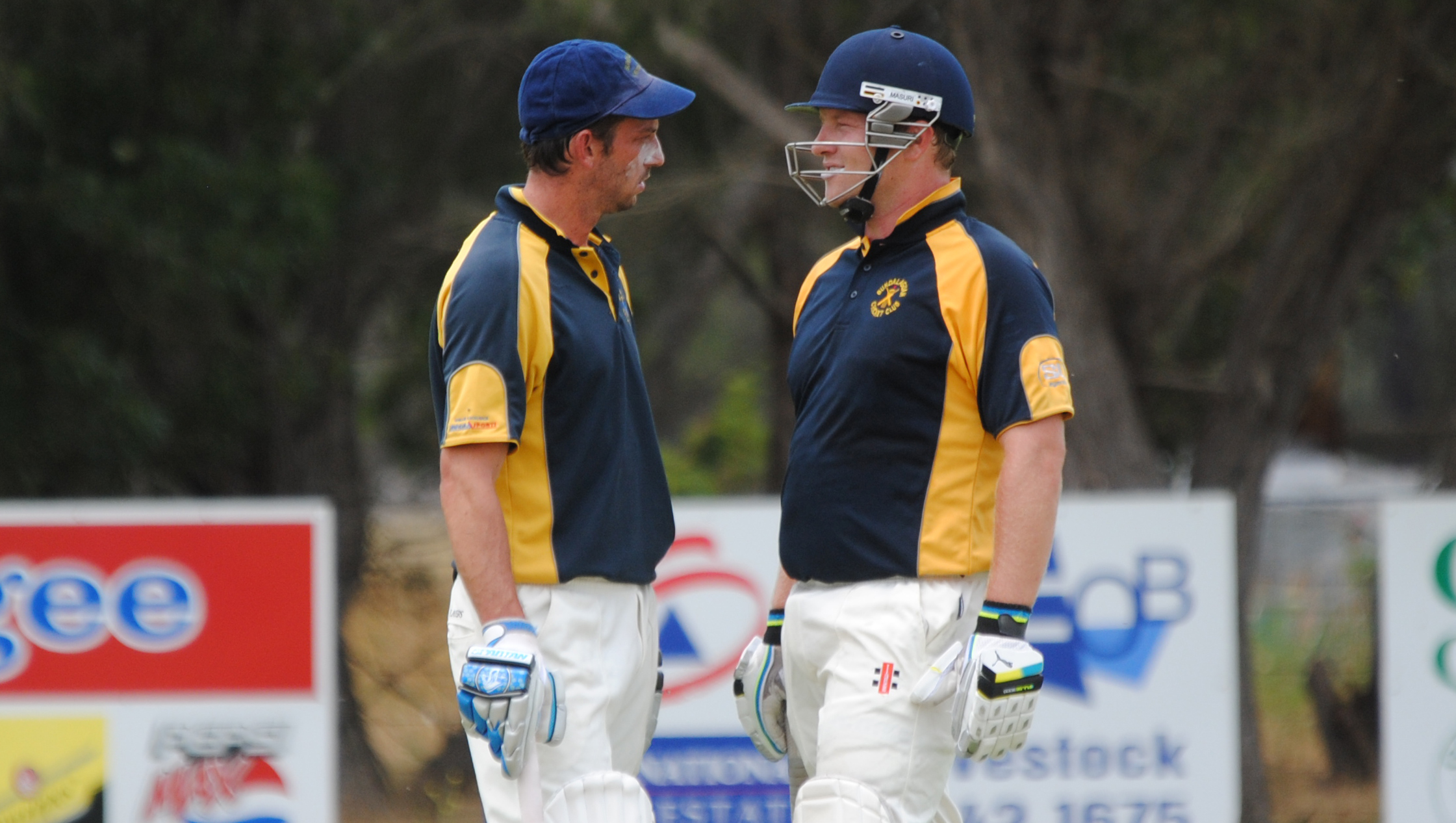 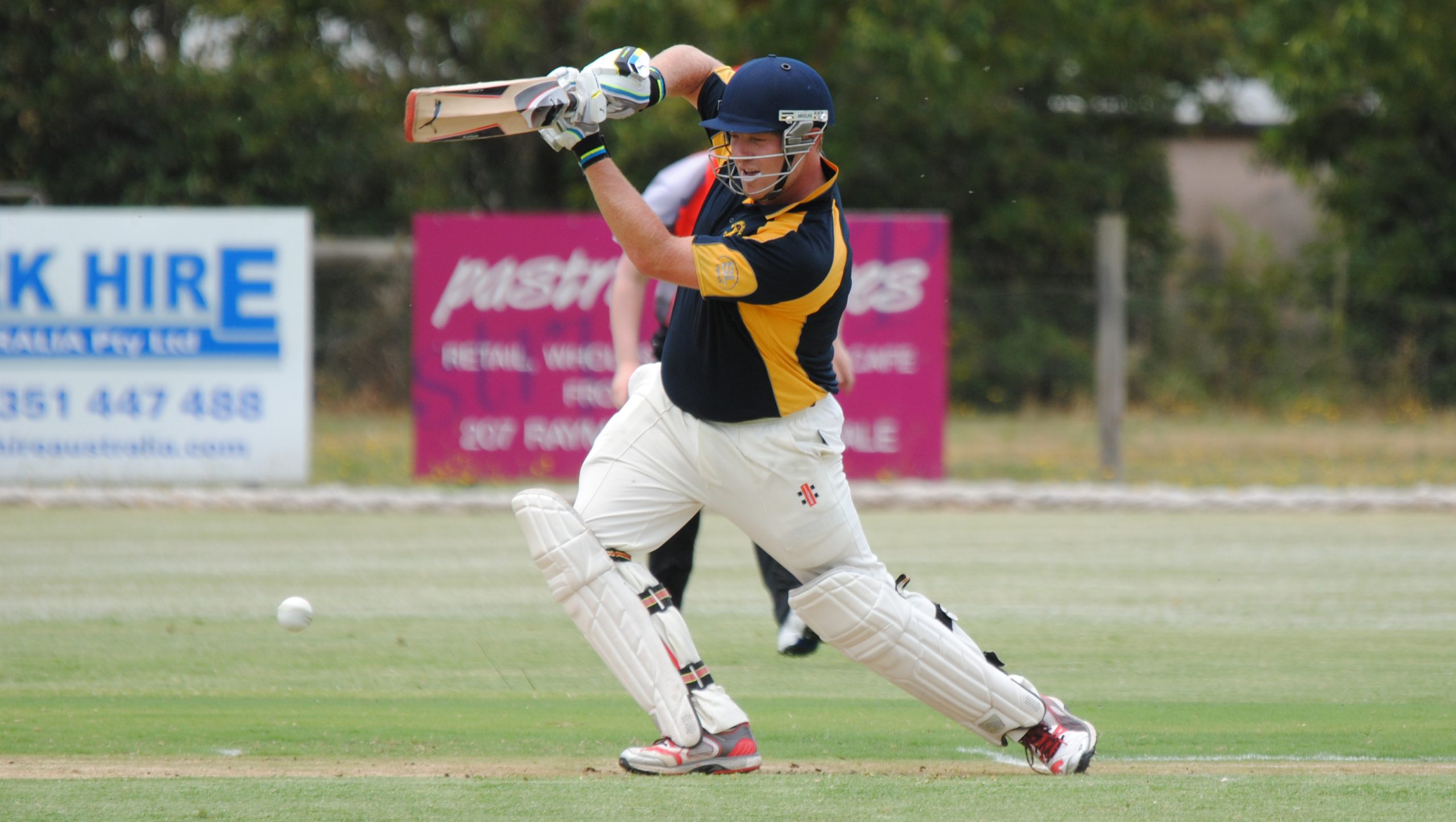 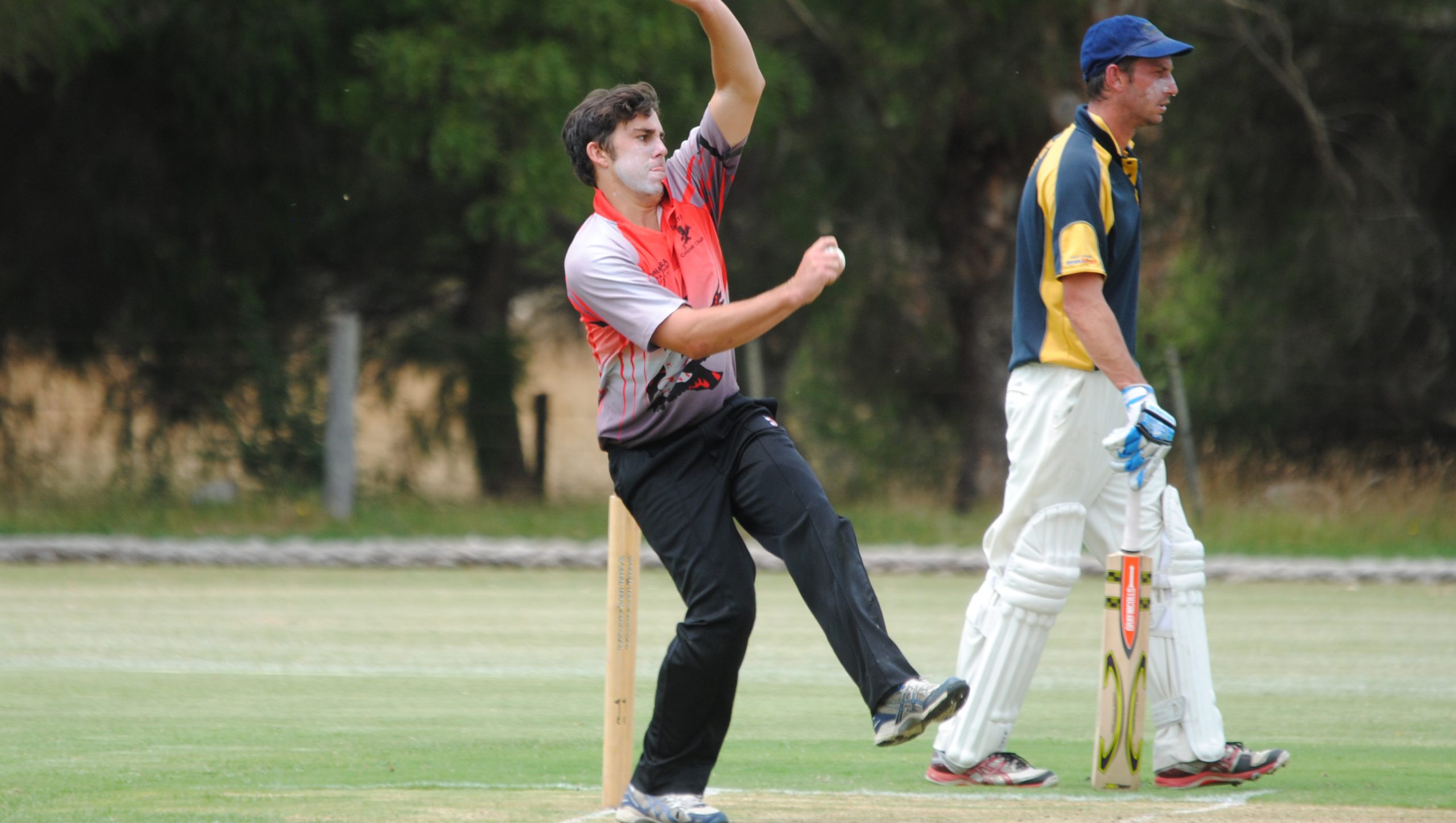 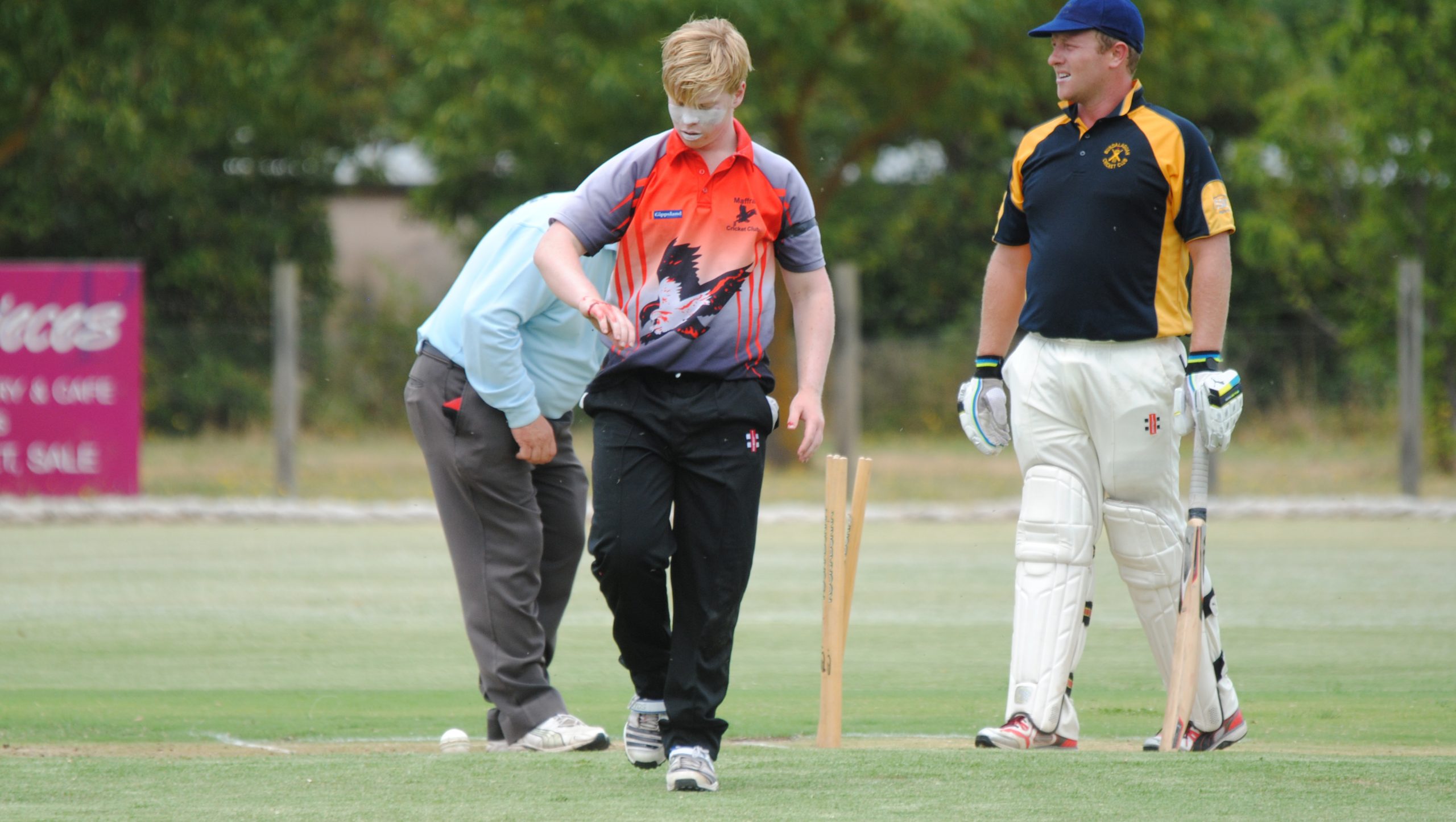 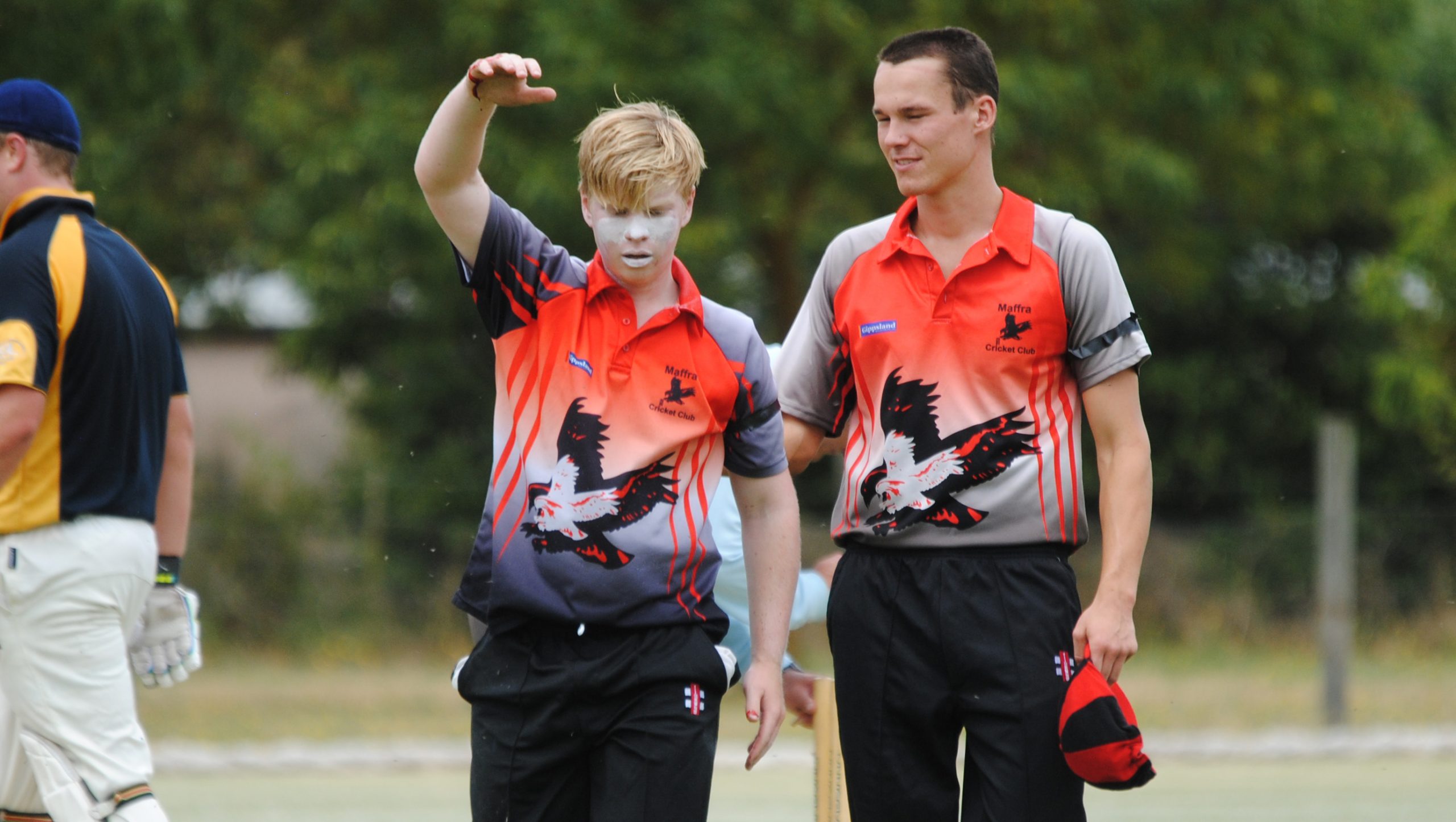 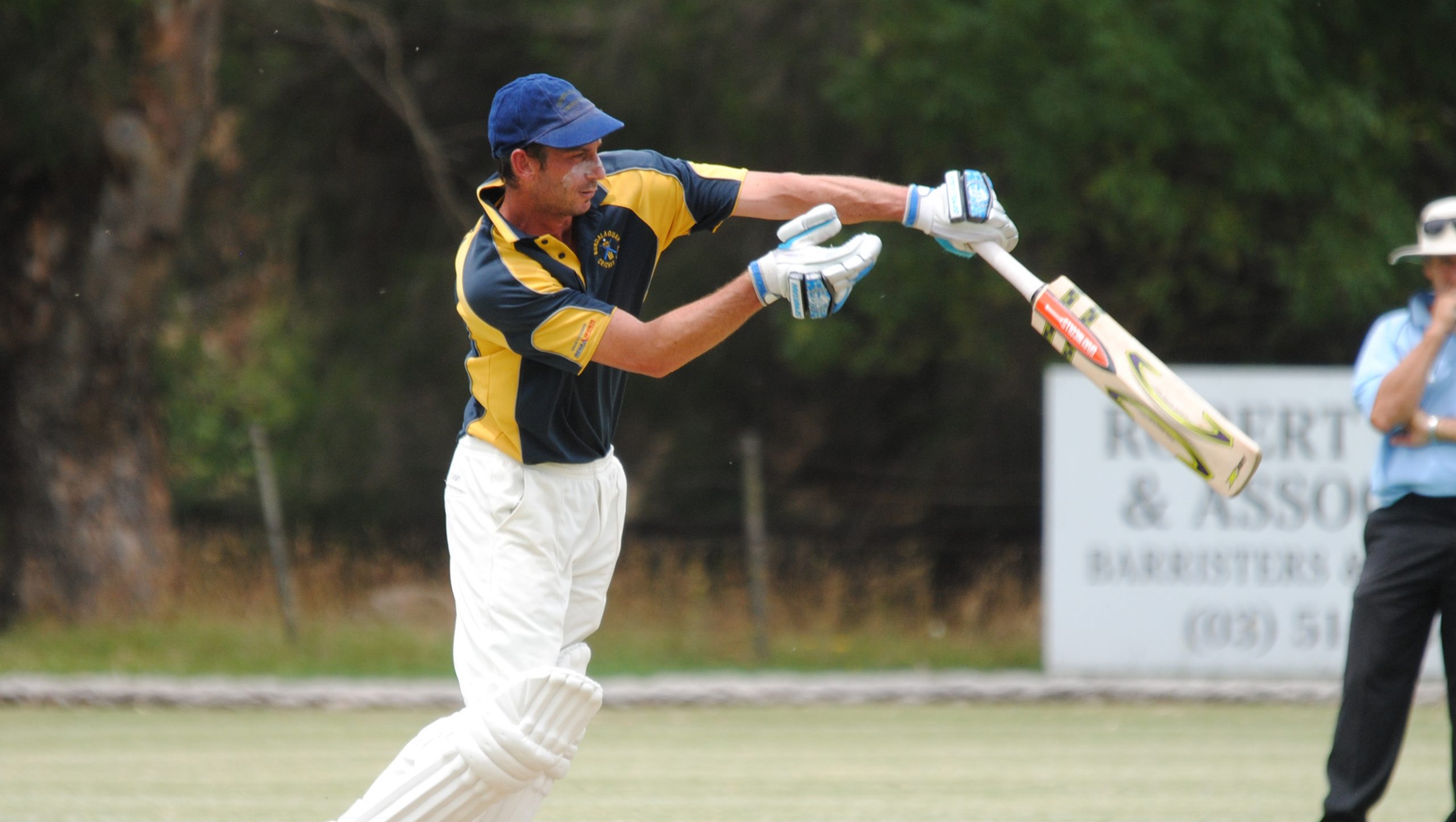 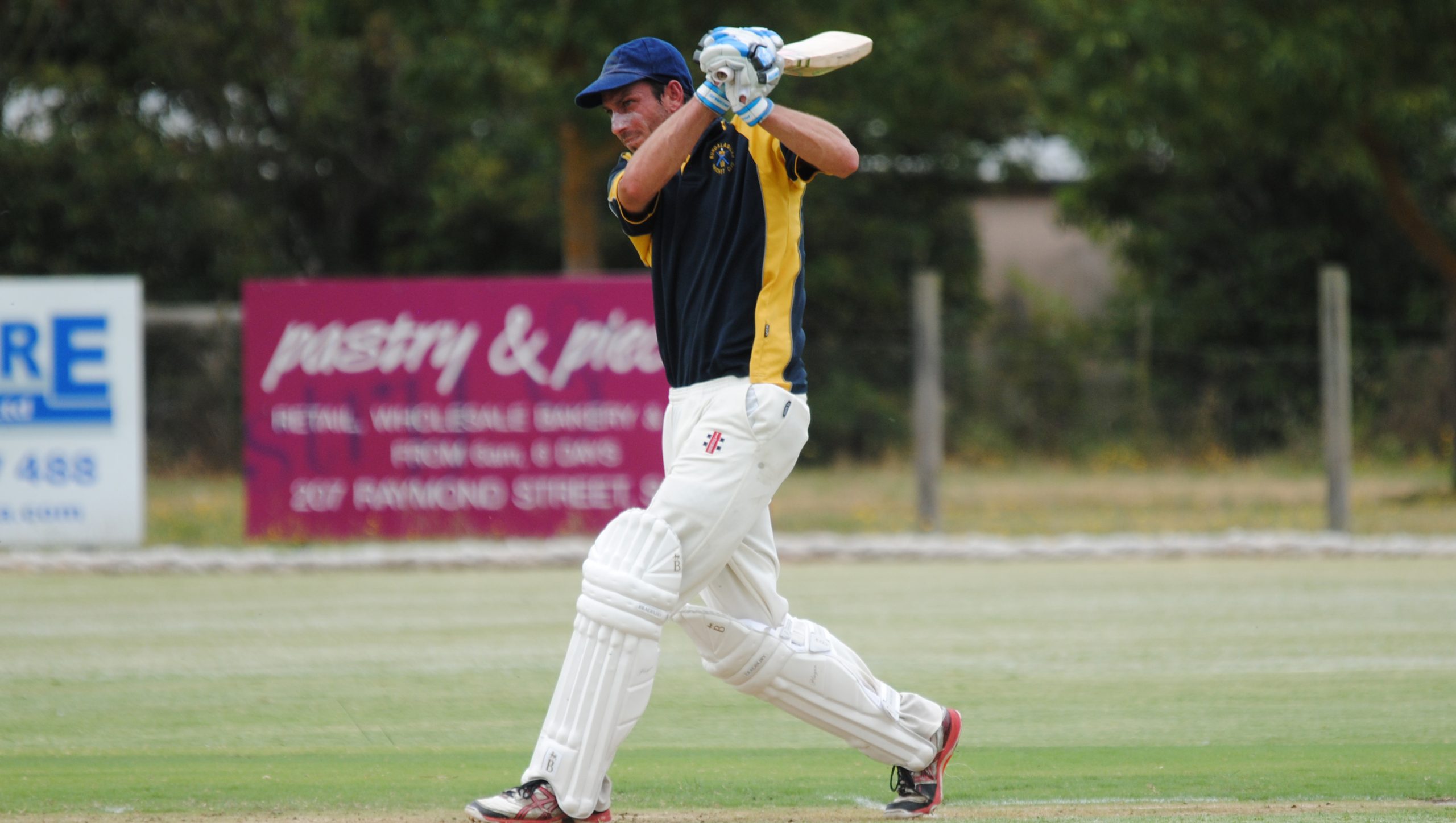 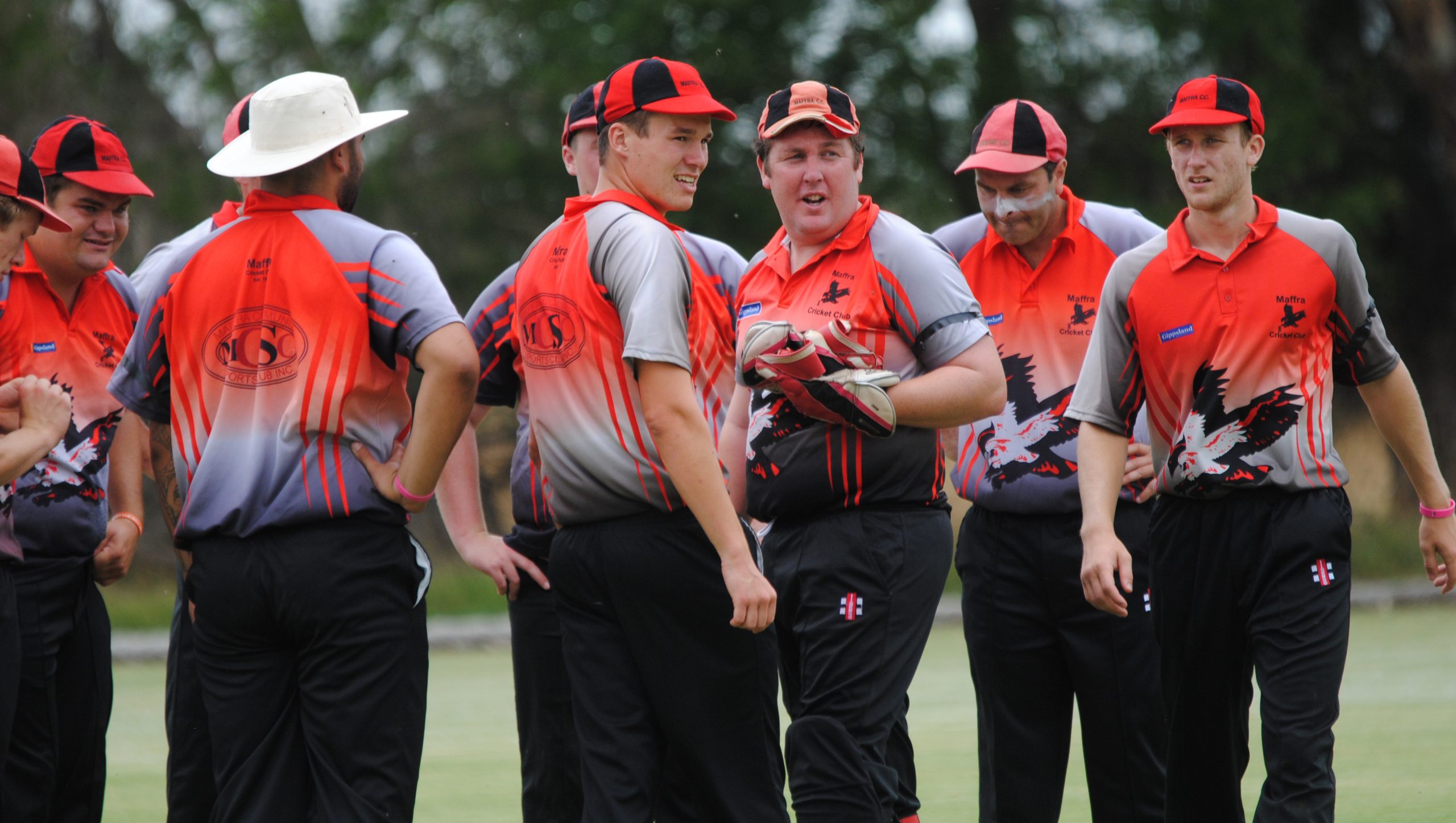 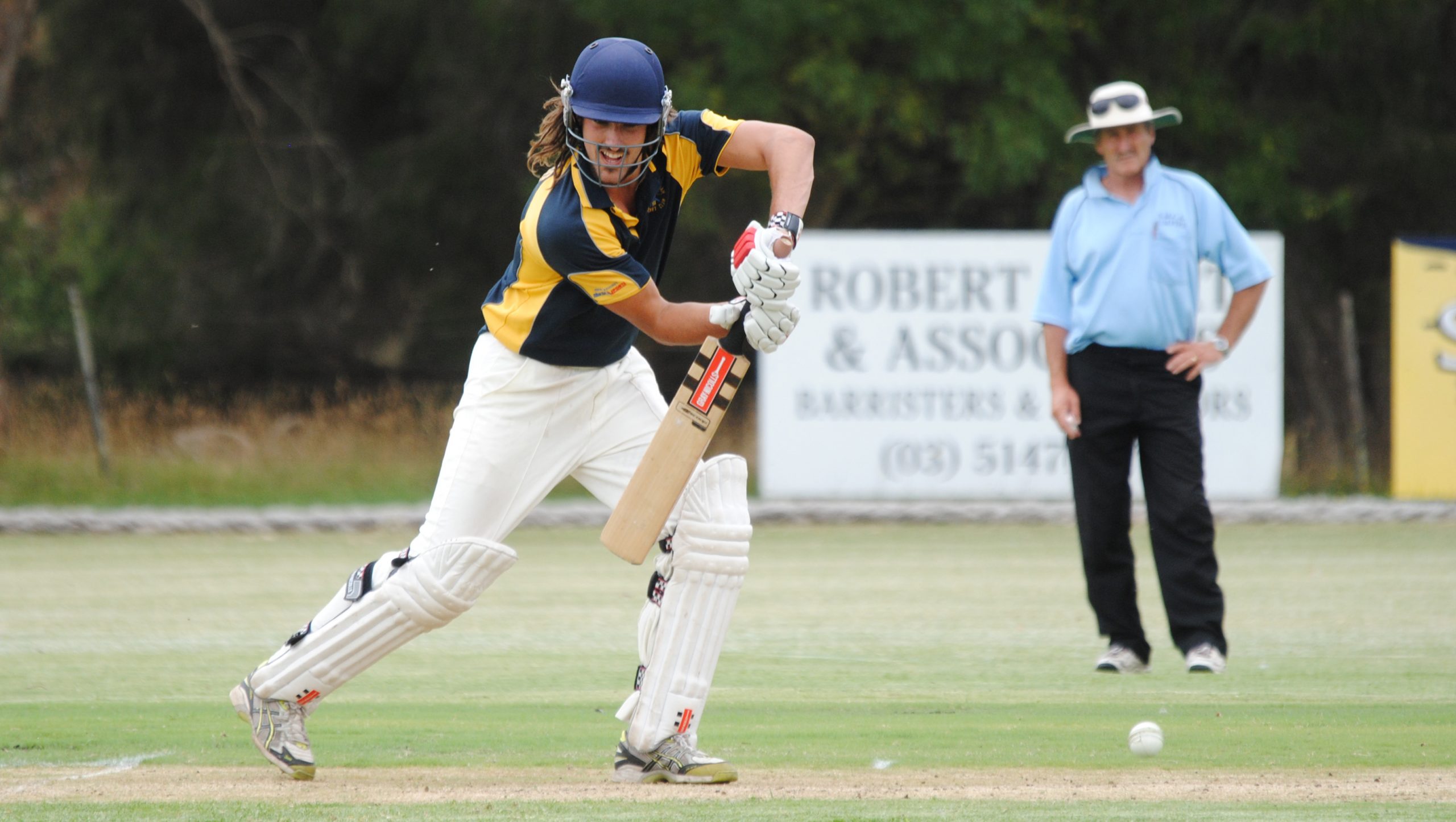 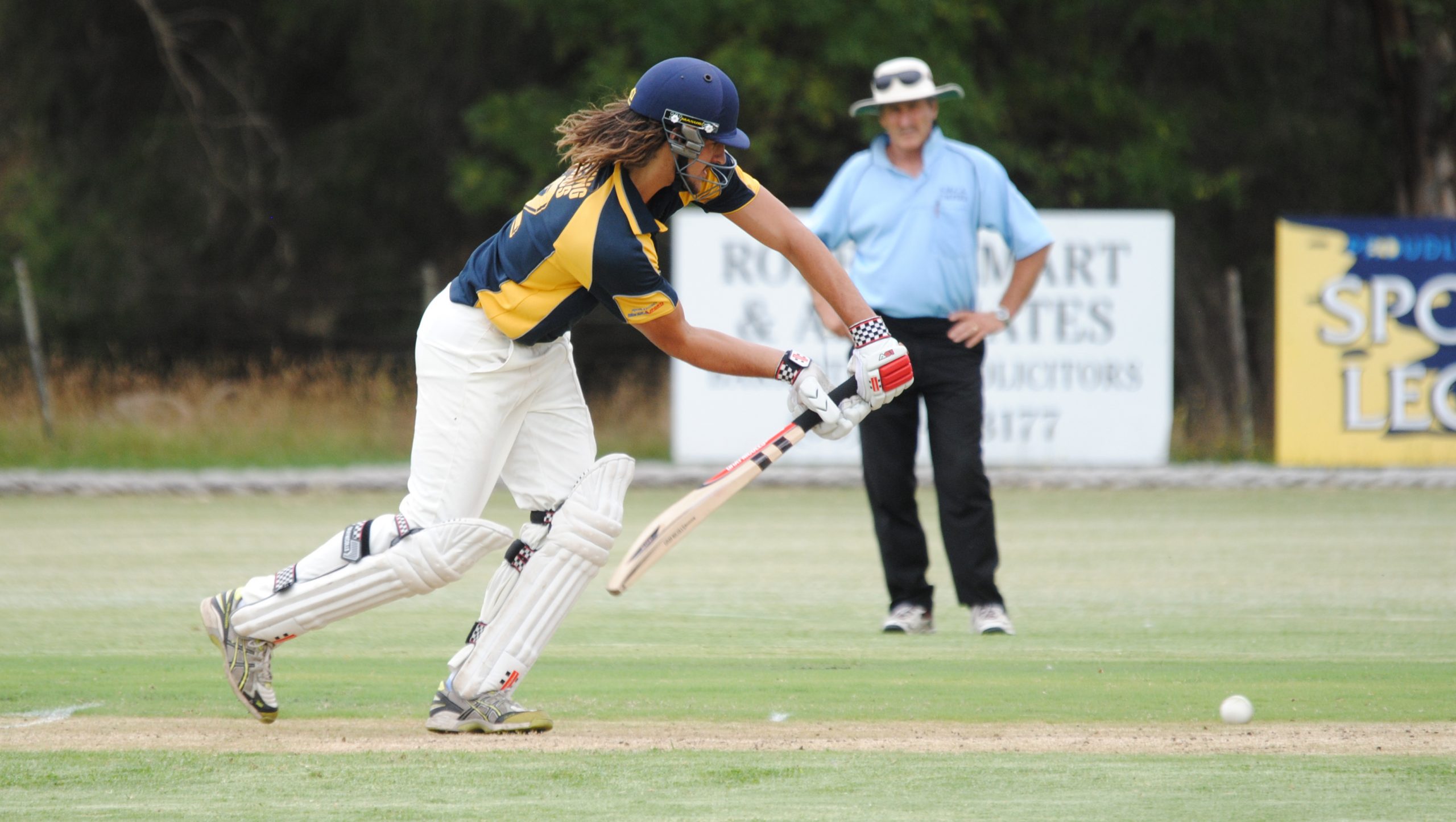 CAPTAIN Matt Dowsett and Jason Langshaw set-up Bundalaguah’s victory over Maffra with a 142-run opening partnership during round 10 of Sale-Maffra cricket.

The pair both scored 70, Dowsett taking to the bowling in his innings, facing just 49 balls, to help set up Bundalaguah’s big score of 8-224.

The home side lost wickets at regular intervals through the middle of the innings in an effort to push for a big total, but the damage had been done early, with Dylan Rowley helping to push the score beyond 200 with an unbeaten 28.

In a blow for Maffra, Harry Thackray was unable to complete his third over as he had his hand stood on while attempting to catch Langshaw out of his ground at the non-striker’s end. Thackray came from the field with a bloodied hand.

Initially thought to require stitches, Thackray returned to bat down the list for Maffra in a valiant effort.

Josh Rurawhe, Josh Davis and Blake Gallatly shared the wickets for Maffra while Nathan Magnuson, who bore the brunt of Dowsett’s attacking start, contributed in the field with a direct hit run out.

Pushing to keep up with the required run rate, Maffra got to 146 in the 31st over before running out of resources.

Sam Evison proved the mainstay of the innings with 76, finding some support from Rurawhe (32) and Heath Shingles, but the Eagles lost wickets at regular intervals to ultimately fall short.

Adam Cairns inflicted the damage late, finishing with 4-12, including the big wicket of Evison.

BOISDALE-Briagolong kept in touch with the top four with a hard fought win over Collegians.

Falling to 8-93, Boisdale-Briagolong was able to recover to 8-154 in reply to Collegians’ 9-146 with Louis Howard and Tom Norman combining to see the Saints home.

Collegians continued its theme of blooding talented juniors, with Mitch Thacker given the opportunity to open the batting.

Norman got the initial breakthrough for the Saints before Matt Foster, 20, and Michael Cafferkey combined to steady for the visitor.

Captain Dylan Bolton began the fightback with three quick wickets, while Jason Phillips took the key wicket of Collegians captain Mark Nicholls. Cafferkey found some support in Kerrod Macgregor-Davies, but both were dismissed in quick succession with Howard doing the damage.

Collegians batted deep with number 10 Jesse Collins combining with Cooper Hall in a partnership of 52 to help the team to a competitive total.

Mark Nicholls got the early breakthrough for Collegians before the home side steadied through Steve Noble and Daniel Cameron.

Luke Nicholls hit back with three quick wickets, Macgregor-Davies and Ned Hurley continuing the momentum with wickets of their own. When Luke Nicholls got through Simon Jago for 22, Collegians were on top with the Saints falling to 8-93.

But the Saints also batted deep, with the visitor unable to breakthrough as Howard and Norman saw the home side to victory with an unbroken stand of 61 in a tight finish.

A CENTURY from Chris Aursich helped Stratford to victory over Sale City.

Jack Rietschel played anchor for Aursich, who dominated an opening stand of 66. Aurisch (122) continued to attack, combining with Ben Shepparson (46) to take the score beyond 200.

Jack Tatterson ensured Stratford continued to score quickly, racing to 42 with the Redbacks bowled out for 272 in the 39th over.

Layton Armstrong and Jarryd and Lachie Floyd all got starts as the Lizards managed 136 in reply.

Wickets were shared for the Redbacks with Rietschel the pick, returning the figures of 2-8 from 7.3 overs.

Bowled out in the 32nd over, the Lizards did their best to maintain a good run rate, but the task of 273 for victory proved too great.