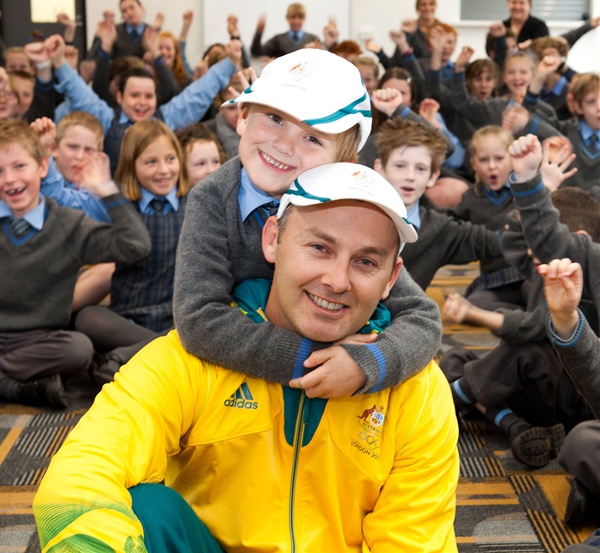 WHILE Keith Ferguson was disappointed at not making the top 10 in London, finishing 20th against some of the world’s best shooters is nothing to sneeze at.

The Longford shooter hoped to use his debut Olympic experience to help him aim towards the next games in Rio de Janeiro, Brazil.

Ferguson finished 20th in the men’s skeet, four shots off making the six-man final round.

After three qualifying rounds, he was just one point outside the top six before finishing his five rounds with what he said was a “respectable” score of 116 out of a possible 125, just four outside progressing to the final round.

“The early rounds I was very nervous and I missed a couple of targets which I don’t normally miss,” he told the Gippsland Times.

“On the second day I was disappointed with my first round.

“The winning score I scored only a couple of months ago in Perth.”

Ferguson described the athletes’ village as a “world within a world”, rubbing shoulders with the likes of new Olympic champion Sally Pearson, Liesel Jones and Lleyton Hewitt.

“(The Olympics) was definitely an experience. It was was a whole different world,” he said.

“There was a lot more pressure and expectation; it was massive.”

He will soon begin planning his assault on the 2016 Olympics in Brazil, with the aim of competing at the 2014 Commonwealth Games in Glasgow, Scotland.

“I will look to change a few things, such as my training regime,” he said.

Having only taken up competitive shooting at 26, Ferguson, who turns 33 next month, has become one of Australia’s best skeet shooters, winning medals at state, national and Oceania championships.

Ferguson’s selection for his debut Olympics came after a year of strong performances, having won Australia Cup events in Sydney and Adelaide and coming second at the New Zealand championships.