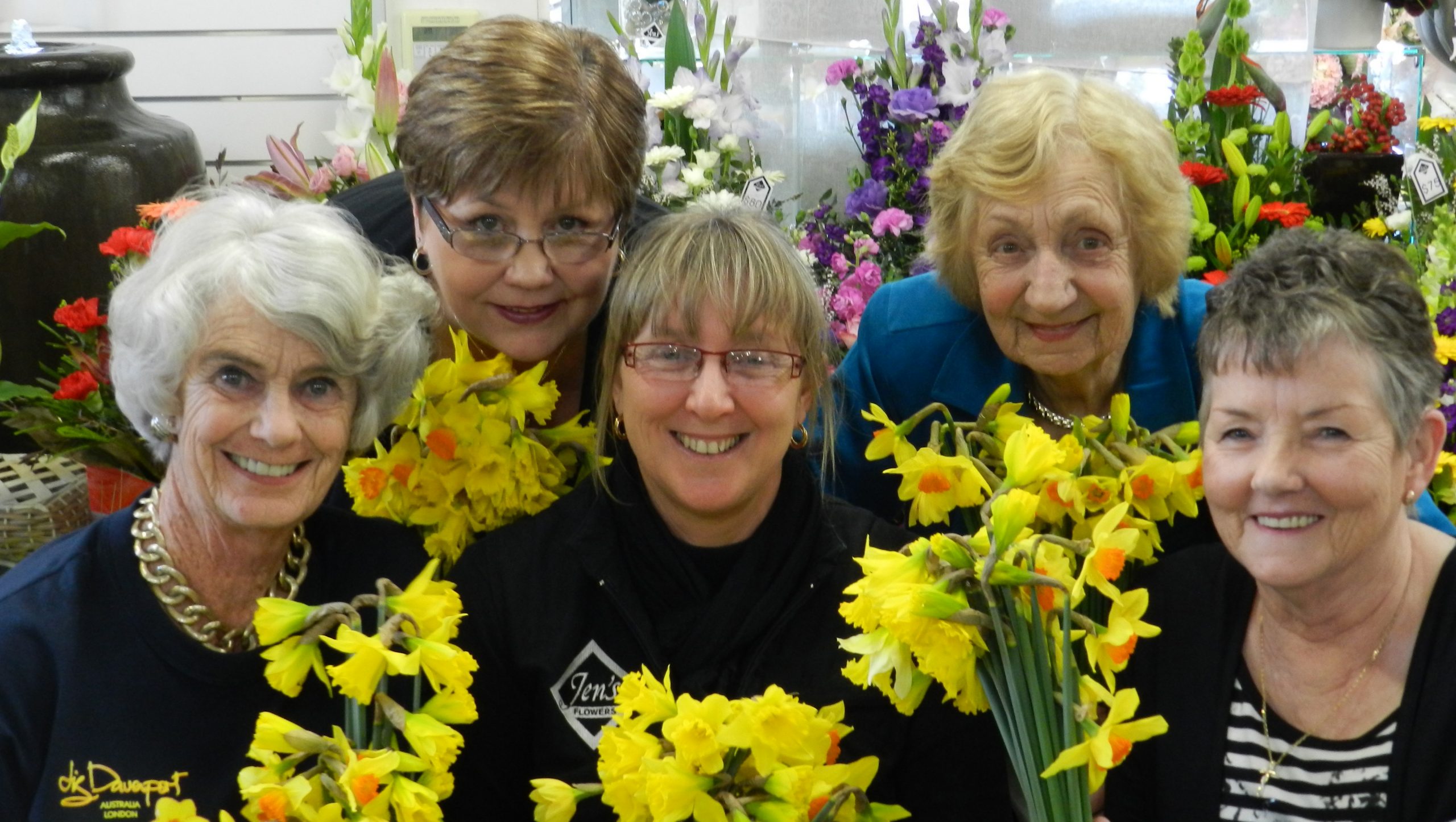 AT it again, Jenny Bailey, owner of Jen’s Flowers in Macarthur Street, Sale, has thrown her weight, or at least her flowers, behind Daffodil Day, this Friday.

The florist business is donating bunches of daffodils to the Sale and Maffra branches of the Victorian Cancer Council.

In this, her ninth year of donating flowers, Ms Bailey hopes to raise money to go towards cancer research.

“The shop donates daffodils to the Cancer Council ladies from Maffra and Sale and they sell the daffodils for $5 a bunch,” she explained.

“That whole $5 then goes to the Cancer Council, so no money is taken out, that whole $5 is given.”

According to Ms Bailey this is in contrast to many other place,s such as supermarkets, which donate $1 or $2 from every bunch sold to the charity.

“I don’t want to poo-poo the supermarkets,” Ms Bailey said.

“Because they raise huge amounts of money because of their big companies . . . but this is just what we do in our little place.”

The Sale branch of the Cancer Council will be selling flowers on Friday from two locations within Sale, the Gippsland Centre plaza and from outside David’s Menswear in Raymond St, while the Maffra branch will be working all that week from outside the IGA supermarket.

Last year the girls sold 500 bunches, this year they are hoping to make it 600.

“We wrap them in nice gold paper so you can tell that ours are different to everybody else’s,” Jenny said.

With everyone in the group having had their lives touched by cancer, they wanted to put something back in.

Thinking about the loss of her father 15 years ago, Jenny Bailey said, “We just want to find a cure.”