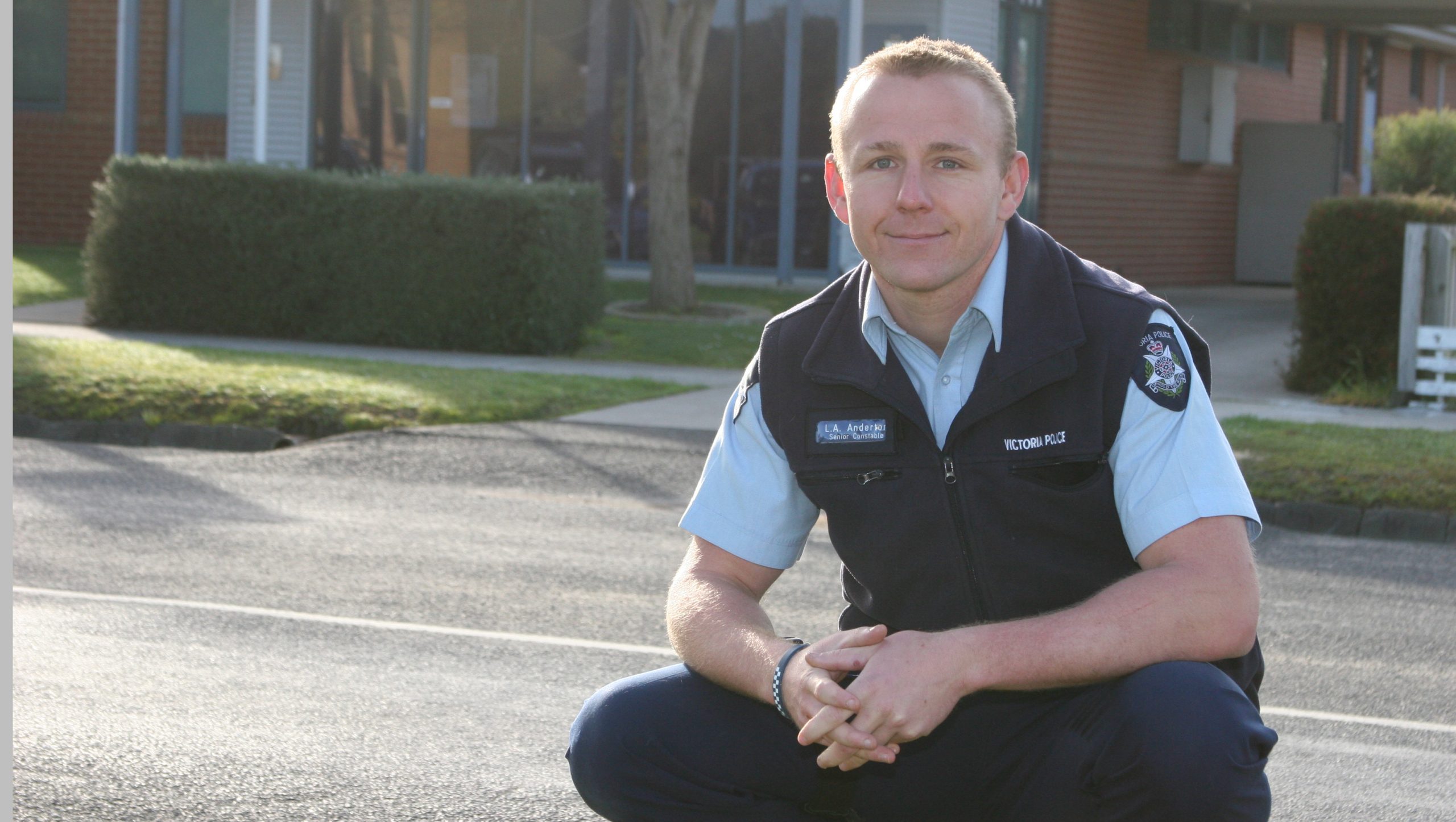 A YARRAM policeman is one of only two people in Australia this year awarded the Star of Courage bravery award.

While on duty in the Cranbourne area on April 16 last year, Senior Constable Luke Anderton was called to a two-car accident at Clyde North.

People were trapped in a vehicle which was resting on its roof.

After smelling strong fumes, Sen-Const Anderton saw a man twisted and trapped inside the cabin.

He advised bystanders to move away and crawled into the cabin and elevated the man’s head, despite leaking fuel falling onto his head and gas discharging from a cylinder into the vehicle.

Although feeling dizzy and nauseated, Sen-Const Anderton remained with the man for almost 40 minutes until he was cut free from the vehicle by emergency services.

Sen-Const Anderton said it wasn’t something he was expecting on a Saturday night shift.

“It was something a bit different,” he added in somewhat of an understatement.

He said after crawling into the cabin he was feeling nauseated and dizzy from the leaking fuel and gas fumes but was able to get through it.

The ordeal was made worse when, during the rescue, a window was accidentally smashed, sending six shards of glass into Sen-Const Anderton’s left eye.

The eye injury and inhalation of fumes meant that Sen-Cost Anderton was transported to hospital, along with the accident victim, for treatment.

Sen-Cost Anderton said he had kept in contact with the victim and his family, saying the man was still undergoing surgeries and was taking each step at a time.

He said he himself had suffered no lasting effects from the ordeal.

Sen-Const Anderton said since the announcement of his award people had been stopping him in the street and congratulating him.

“It’s been overwhelming,” he said.

The bravery award was announced yesterday after approval by Governor General Quentin Bryce.

Ms Bryce said the awards recognised the heroic actions of people who placed the safety and lives of those above their own.

“We are privileged to have such role models in our society, and it is an honour to recognise their acts of selfless bravery and thank them publicly for their brave actions.”

Anyone may nominate any other person for an Australia bravery decoration, with nominations considered by the Australian Bravery Decorations Council.