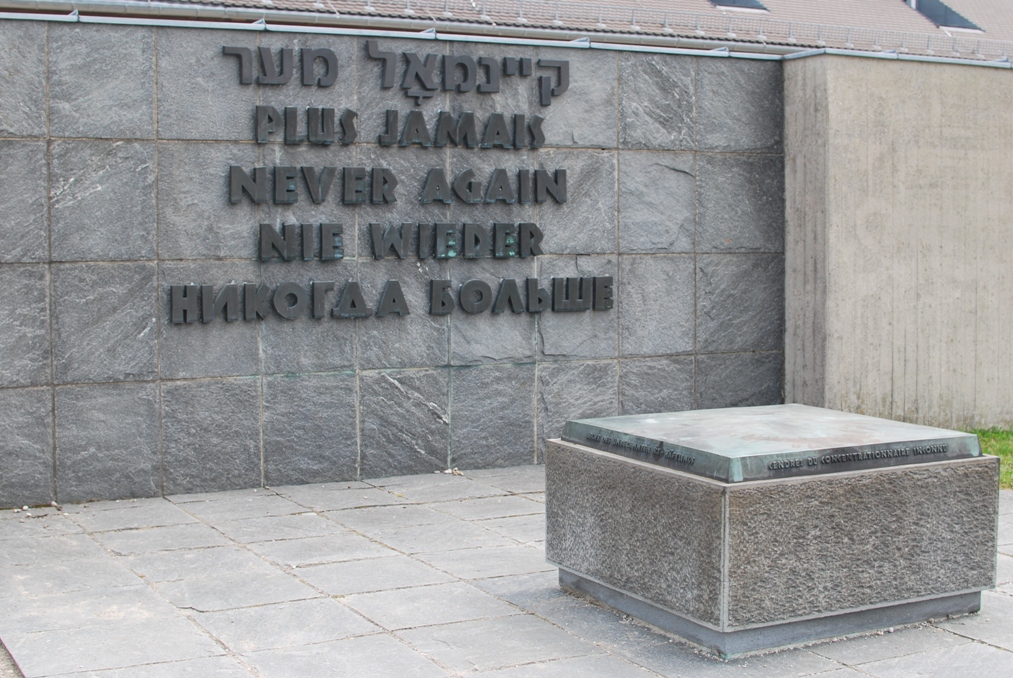 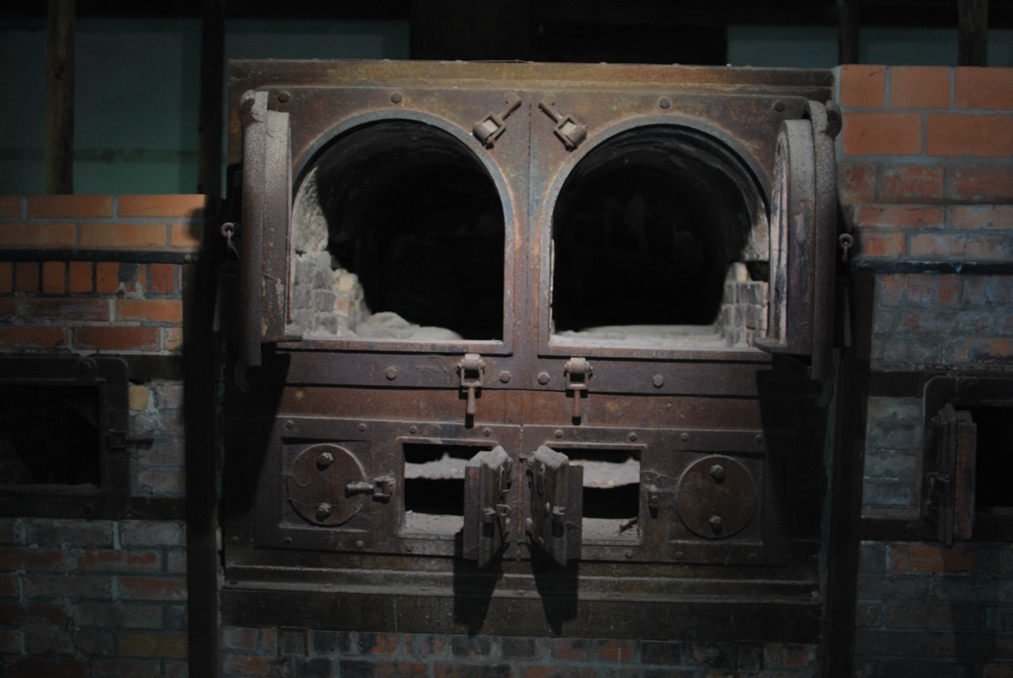 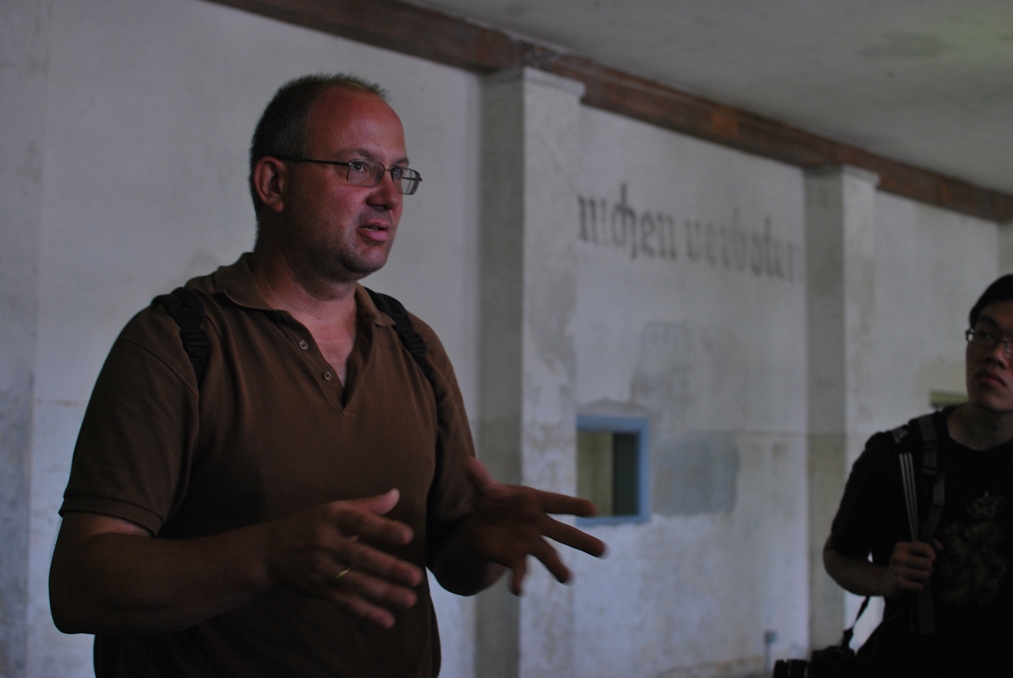 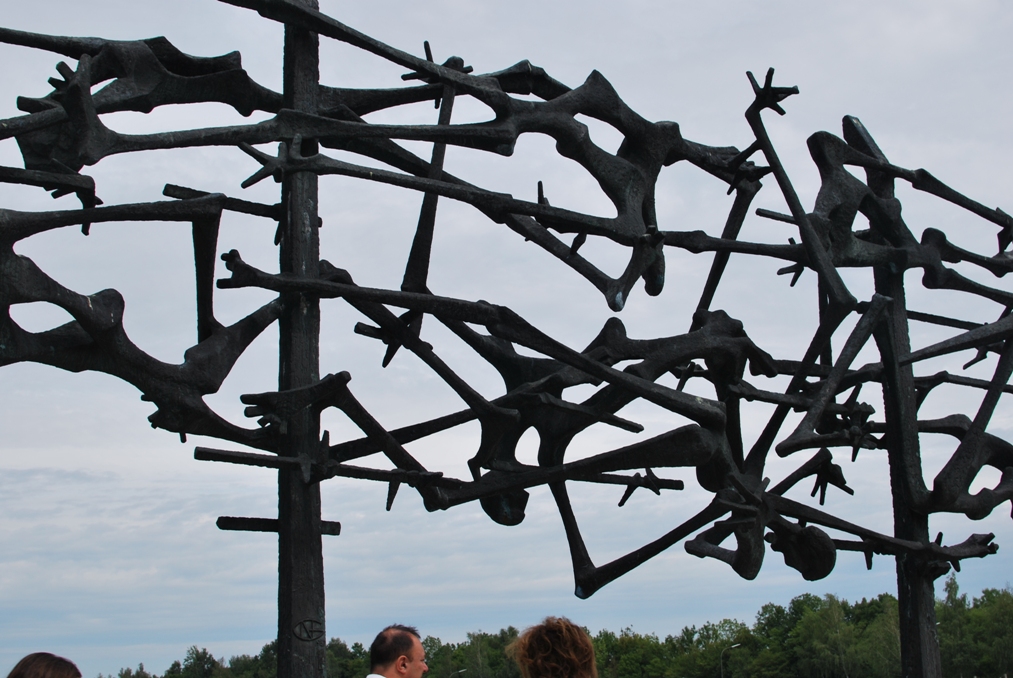 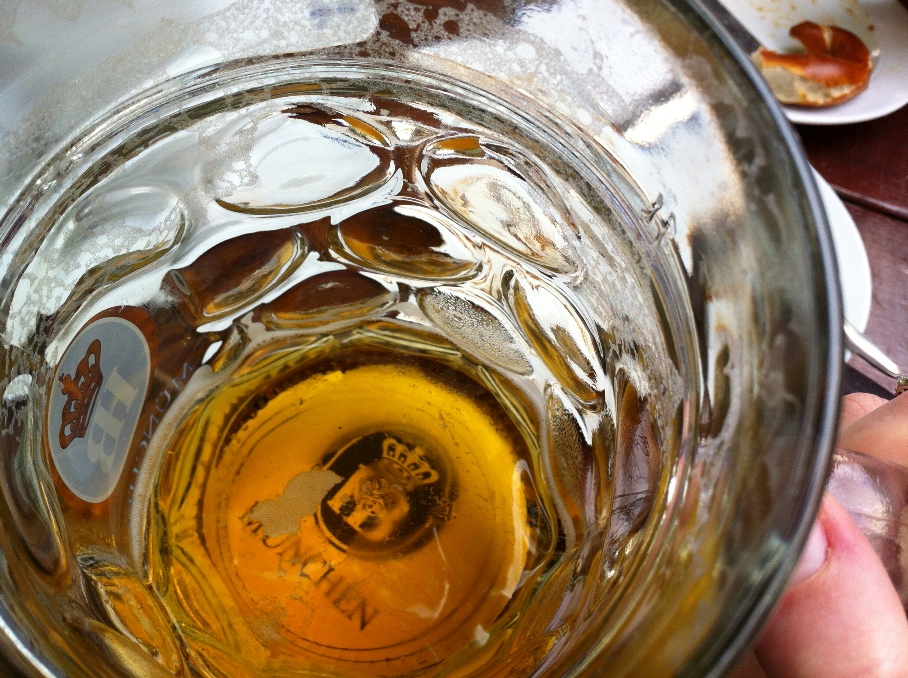 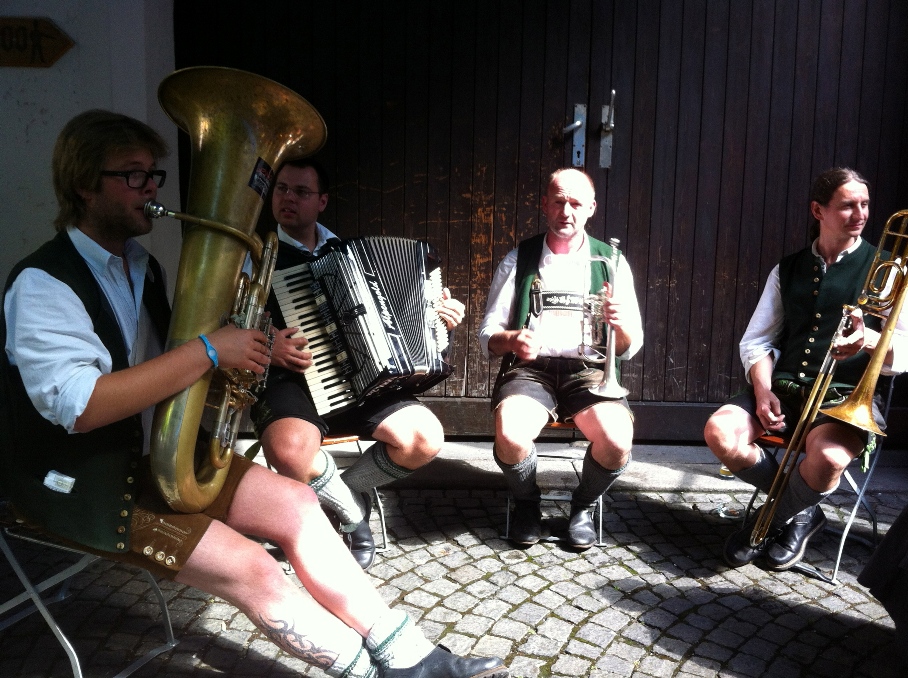 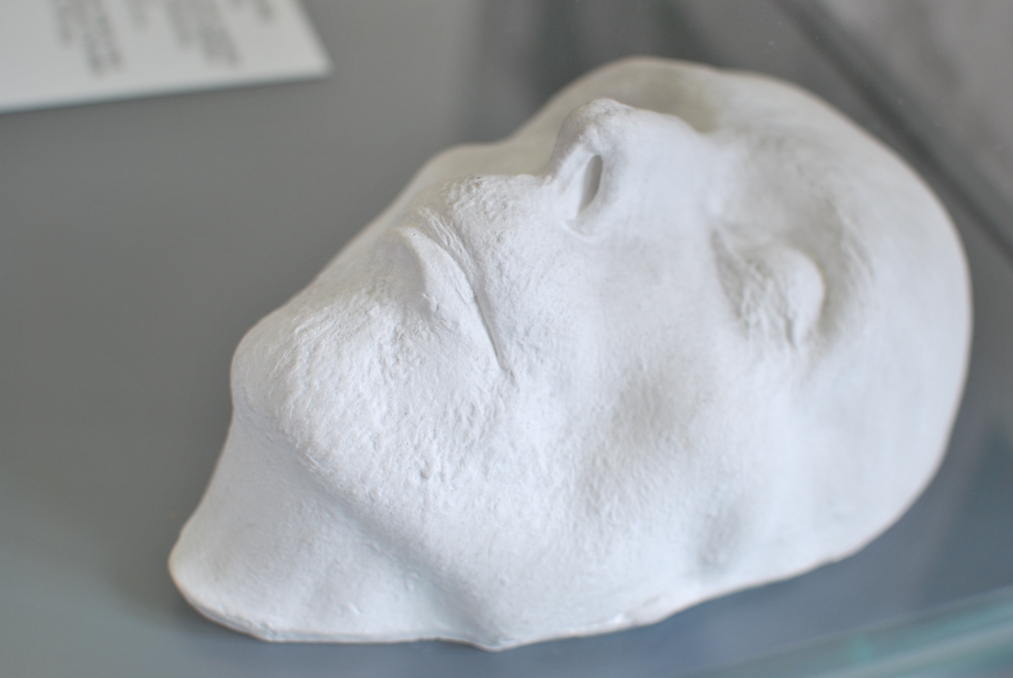 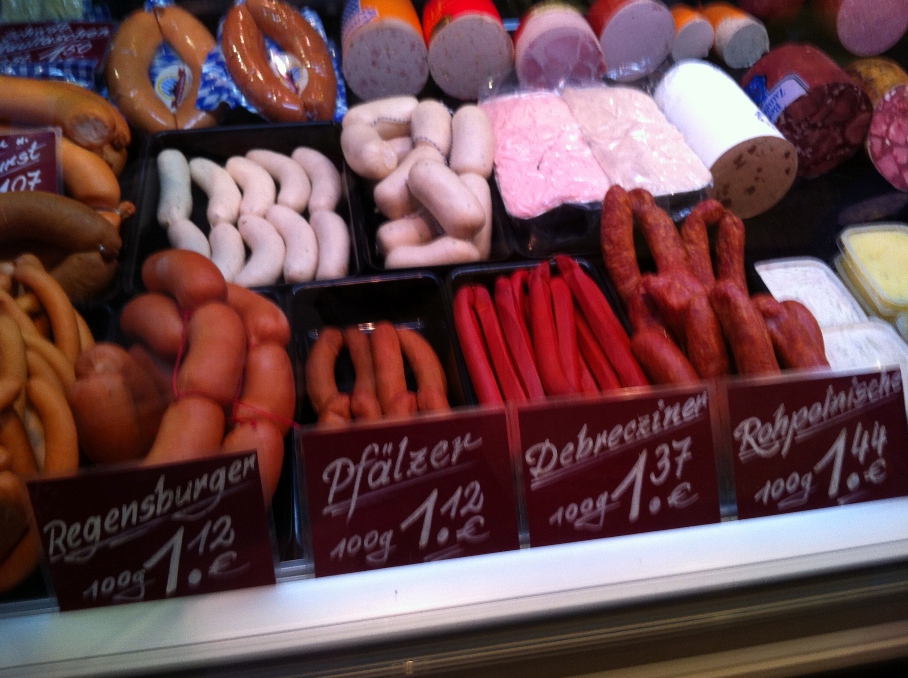 THE very first thing I’ve learnt since I disembarked from flight EK 049 at Munich International Airport — I cannot speak German nearly as well as I’d thought.

Fortunately, though, the residents of Munich, despite the lack of eye contact and small talk, are rather sympathetic when it comes to some idiot tourist like me mangling their language, and will often switch over to rudimentary English out of pity as I stand there, looking rather helpless with a phrasebook in hand, making gestures and brandishing my rather fluffy legs as I try and communicate that I would like to buy a razor.

For the record, the phrase is “Ich hätte gern eine Rasierer, bitte.”

After a three hour walking tour from my hostel, near the Hauptbanhof train station, one of the first things I’ve taken away from being in Munich is that despite its population, it doesn’t feel like such a large city.

I can’t really put my finger on why that is — maybe it’s the beer gardens, maybe it’s the laid-back attitude, the green-ness of it all, I’m not sure.

Our guide, Ozzie, was fantastic.

Spruiking his tour as the only one led by a black guy wearing lederhosen, he explained the cultural differences between Bavaria and the other German states.

It was also quite surprising to hear so much about the nascence and rise of the Nazi party — which, I learnt, happened in the Hofbräuhaus, one of the city’s most famous beer halls.

After a few hours walking in the sunshine, enjoying local draught beer and bratwurst, it was back to the hostel to pick up another tour — the beer, bratwurst and schnapps tour.

Forgive me, as the details of that tour are a little fuzzy.

Turns out, due to the Purity Law introduced in Germany during the Black Plague, German beer contains no preservatives.

Because of this, not only is it bloody delicious, it’s also necessary to drink your stein — usually at least 500ml — within about 20 minutes before it goes flat and stale.

Even a cheap draught is smooth, refreshing and very easy to drink, unlike a cheap Australian draught, where you can say “yep, it’s beer alright” and that’s about it.

And, most importantly, after a night of considerable liver abuse, the hangover is nowhere near as heinous as those I’ve endured in Australia.

SO the morning after, still feeling somewhat fragile, I emerged from the hostel on another tour.

This one was not quite so frivolous — in fact, probably about as far from frivolous as one can get; a walking tour of the Dachau concentration camp.

It’s certainly one sure fire way to sober up very quickly —  in all senses of the word.

Upon arrival, the memorial site is rather misleading.

Lined with beautiful elm trees and dotted with wildflowers, you could be forgiven for initially mistaking it for a park.

However, all illusions are shattered as you approach the main gate, with those now infamous three words looming overhead — ARBEIT MACH FREI. Work will set you free.

It wouldn’t be the first time that day I got shivers running up my spine.

Sadly, the only path to freedom for most of the prisoners would be through the chimney, as their bodies were heaped into incinerators and burned.

As our tour guide, Franz, explained, Dachau was actually one of the more favourable, though I use that word very loosely, concentration camps (as opposed to the extermination camp, Auschwitz) since it wasn’t strictly an extermination camp.

It was a work camp, and prisoners were worked to the bone producing armaments for the Nazi army.

Not that this made their incarceration any more tolerable, as Franz went on to explain the incredibly draconian rules the prisoners were expected to abide by and the brutal punishments doled out for “rule breaking”.

One included tying a prisoner’s hands together behind his back, and then hanging him from a rafter by the rope around his wrists for an hour.

It was equal parts heartbreaking and stomach churning.

To think this could have happened barely a generation ago, in a society that considered itself modern. It makes you question whether it could happen again.

Situated just on the outskirts of Dachau, I was wondering throughout the tour how the townsfolk couldn’t have known what was going on within the walls of the camp.

Heinrich Himmler, the commander of the SS, did his work thoroughly.

Anyone who was released from the camp was put under strict orders not to talk about what went on within its walls.

Those who talked were hunted down and thrown back inside.

The Red Cross did several visits, and when it did, conditions inside the camp changed drastically.

Workloads for the prisoners were lightened, food rations were increased substantially, and the hospital — normally empty — was put to use.

All locals heard were rumours, as their friends and family were snapped up for any reason — for asking questions, for standing up against the Nazi regime, for simply being Jewish or homosexual.

When the camp was eventually liberated by American forces, they were so appalled at what had been going on there they forced the townsfolk to walk through it, coming face to face with stacked piles of emaciated bodies.

Their work — their backbreaking labour, carried out day in and day out for up to 18 hours at a time — had indeed set them free.

In the main square of the camp, there is now a simple wall with an inscription in several languages — French, Hebrew, German, Russian and English.

Only two words convey the message, the reason why Dachau wasn’t ripped down, as you would imagine so many would want to have rightly done afterwards.

Despite people coming from all different walks of life and from all corners of the globe, everyone is equal.

We’re all eager to make new friends, poor as church mice, and keen as hell for a beer with anyone who’ll put up with us for five minutes.

For the two or three days we are together, we’ll be as thick as thieves, only for everyone to part ways the next day, with only some photos and memories left behind.

We enter each other’s lives, sometimes only for a matter of hours, and then leave again.

Something about having such a short time together seems to fast-track camaraderie, and knowing that we’re all in the same boat, it forges trust.

We all have to look out for each other.

One such quick foray into friendship was with a bunch of Irish lads I met in Munich.

After spending a morning sipping beers in the alleyway beside the hostel, we set off to find Munich’s English Gardens, via the Hofbräuhaus.

A beautiful pocket of grass and woodlands right in the heart of Munich, a clear channel weaves its way through the middle.

It’s also where I spotted my first squirrel of the trip, and my reaction provided a fair bit of entertainment for the rest of the group.

We settled on the banks, our beers left to cool in the shallows of the channel, and began to drink and chat as the sun set.

Meanwhile, on the opposite shore of the channel, a local proceeded to calmly strip completely naked and went for a swim in the cold water, as others walking their dogs and riding their bikes paid him no attention at all.

I’d heard there was apparently a nude sunbaking area in the English Gardens — turned out we’d sat down and got rather tipsy directly across from it.

And they try and tell me that Munich is conservative.