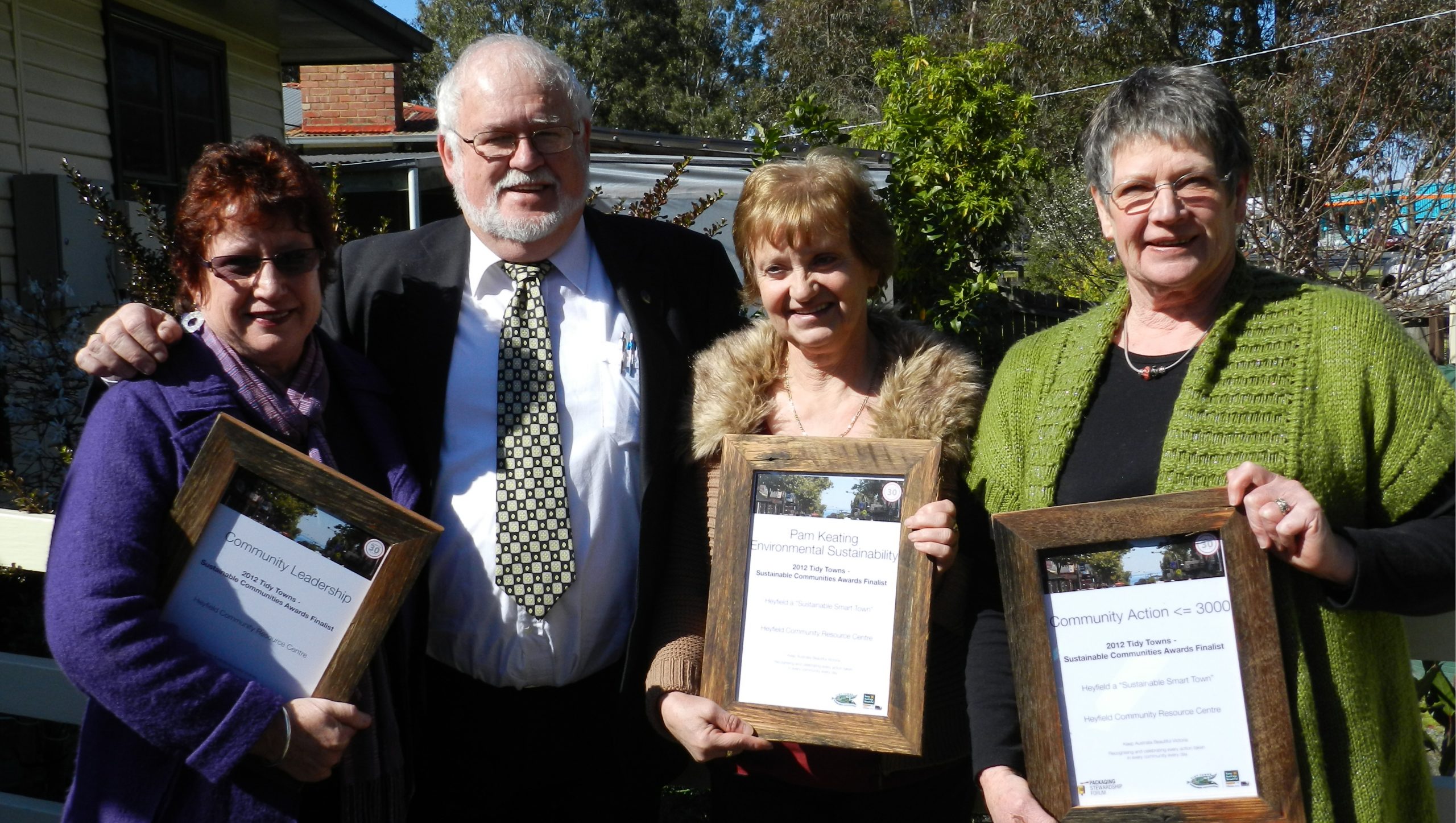 It has been named a finalist in three categories of the Keep Australia Beautiful Victoria’s 2012 Tidy Towns Sustainable Communities Awards.

Keep Australia Beautiful Victoria awards advisor Georgia Galton said the centre had been announced as finalist in the community action for population 3000, the Pam Keating environmental sustainability award and the community leadership categories.

“What you (the centre) does for the community is a real credit; you have shown real leadership in sustainability,” she said.

The centre will be competing with Sale Tennis Club in the community leadership category, with the winners to be announced during the Tidy Towns Sustainable Communities Awards in Mornington on September 22 and 23

The sustainable smart town project is a three-stage program that Heyfield is showcasing as the first town to become sustainable as a whole community, targeting more than 25 per cent of its population.

Any community or individual can register for the program and progress from the white flag, to the blue flag and finally to the green flag.

Julie Bryer from the centre said they wouldn’t have received the recognition of awards without the support of the community.

“Everyone has got behind us and supported us,” she said.

“The flag program has been very successful, the community is very proud of the flags.

“People have been ringing us up asking for replacements, so we went out and bought new flags.”

Ms Bryer said the program was an idea that came out of the centre office.

“There were 380 homes (participating in the smart towns project) when we nominated and there is still 380.

“A lot of people are now onto solar hot water (stage).”

Centre co-ordinator Heather Coleman said Ms Bryer and Milly Dvorak had put a lot of work into the program.

“I was an active participant (in the program) when the position (of co-ordinator) came up,” she said.

“It has been a big effort.”