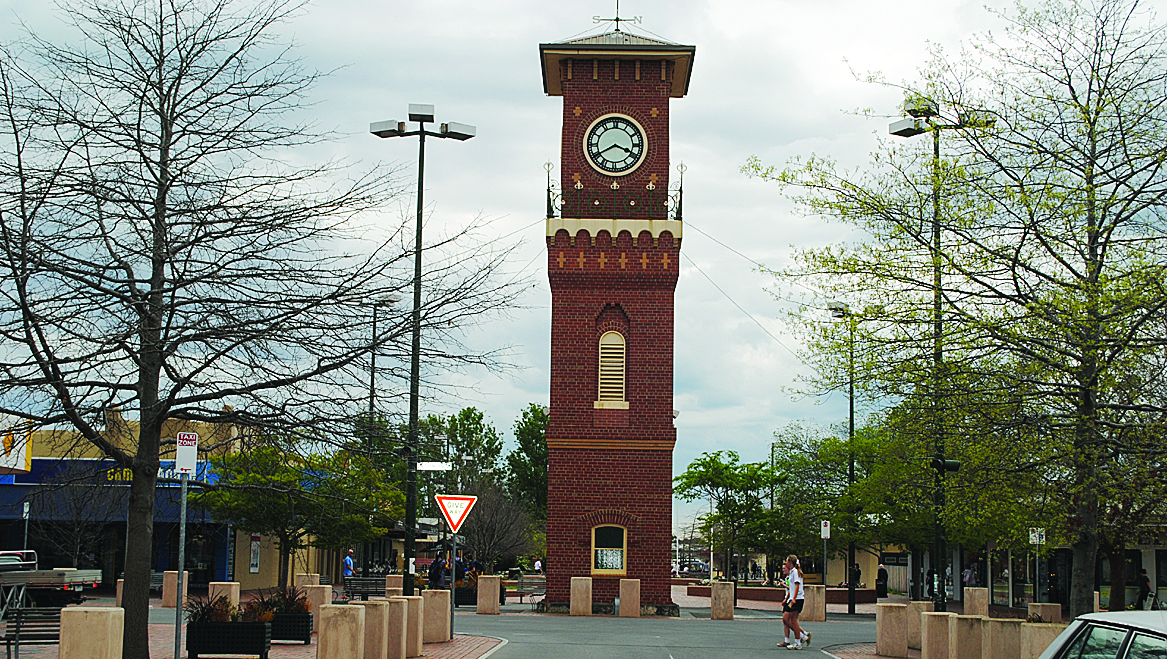 WELLINGTON Shire Council is considering changing the name of Sale because it is too problematic to Google.

A ‘Sale’ Google yields 4,010,000,000 results, most of them not related to the city in Gippsland. Council is looking at a range of possible names and is also seeking public input through a competition.

If council decides to proceed with a winning name change supplied by a shire resident, the winner will receive one of the ‘Welcome to Sale’ signs as a keepsake, dinner for two with Wellington Shire mayor Scott Rosebud and the chance to have their name added to council’s approved street names register.

She said despite government spending of $56.9 million to “flood proof” the South Gippsland Highway south of Sale, the area would continue to flood, effectively cutting off the city to the south.

“It’s like a roller coaster ride out there,” she said.

“You’ll come off a bridge and splash into water in one of the low-lying areas, just like a real roller coaster at a water fun park.”

I think Flooding Creek is an entirely appropriate name,” she said.

However a council committee looking into the name change headed by Cr Rosebud said reverting to the name Flooding Creek would be a backward step.

“While the wetlands (if you don’t think about all the lethal snakes and other icky things) are a wonderful place, flooding can be a bit of a pain in the bum,” Cr Rosebud said.

“The committee is looking into other possibilities such as Scottsville, Esso-BHP Billton Water’s Edge City (or WEC, subject to sponsorship), Maffra South and Wurruk East.

“Deputy mayor Carolyn Crossedlead said council was considering options to subsidise the cost of change by auctioning the naming rights on eBay, with the right going to the highest bidder.

“It would be great if the honour went to a local business but, if we do decide to take this route, we would be open to international sponsorship, as it would help promote the district on a global scale.”

Council finance officer Owen Money admitted the name change would be an expensive exercise, but said it would be worth it to raise the profile of the city.

“We will probably have to change our logo and make changes on signs, stationary, flyers, publications and our website.”

The cost will be significant, but ratepayers will just have to suck it up,” he said.

The Local Liquor Accordion favours keeping the name Sale, and but instead changing the order of capitals to sAle, and centring a beer festival around the name to raise the city’s profile.

Accordion spokesperson Hoppy Brew said a sAle Beer Festival would attract people from far and wide who would flock to the area to sample VB and other boutique beers.

“Want to talk about flooding? Let’s get floods of people here for a beer festival,” Mr Brew said.

“We don’t need to change the name – we need to capitalise on it.”

Business and Office Networking Group, Sale (BONGS) spokesperson Wanda Rova said the group was in favour of a name change.

“We put up ‘sale’ signs in our windows and some of our more stupid customers are confused,” Ms Rova said.

“They wonder if we are just reinforcing the fact that we have shops and offices in Sale, or if we actually have items on sale.”

Local dry-cleaner Zena Fobik said “If you (council), was hell bent on changing the name, youse would a least keep it local,” Ms Fobik said.

“But I reckon youse should keep it the same, but with a y, Sayle.”

Council will further discuss the possible name change when it meets tonight, April 1._