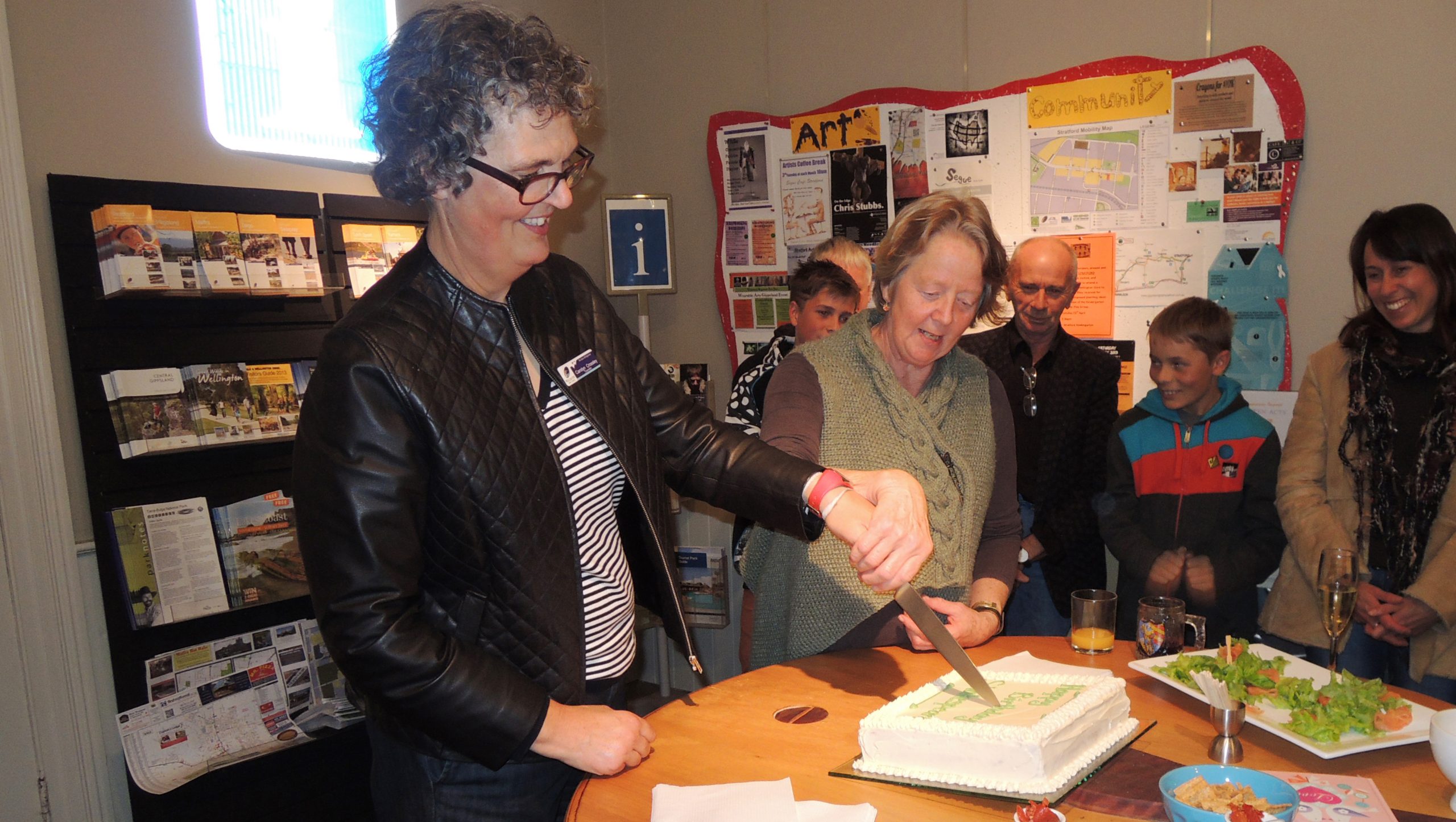 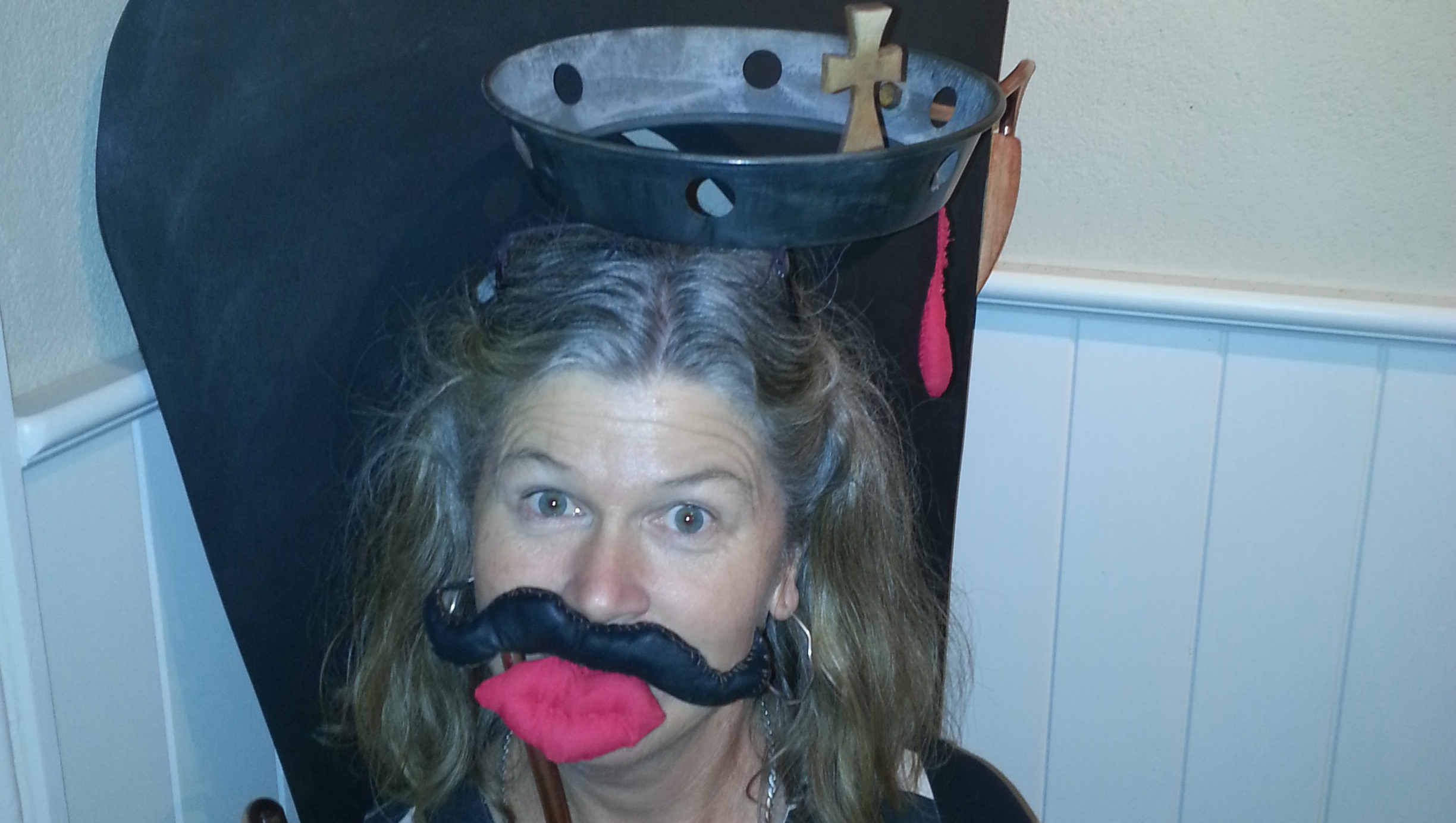 STRATFORD’S Shakespeare on the River Festival was officially opened by deputy mayor Carolyn Crossley among busy mayhem on Tuesday night.

“There is a lot going on” Cr Crossley said as actors in costume came in and out of the opening, grabbing pieces of the beautifully crafted birthday cake as they passed.

The festival opening is traditionally on William Shakespeare’s birthday on April 23 and this year it coincided with the “Between Acts” exhibition opening in the Segue Cafe Stratford.

It was a scene from what could have been a medieval event, with rehearsals going on in the theatre space next door for the community play Hamlet and with the Groundwork Youth Theatre rehearsing Twelfth Night in the hall next door.

“The Shakespeare festival is special for Wellington, it’s an event that is truly global,” Cr Crossley said.

She pointed out the coinciding Stratfords around the world visit and get visited through the festivals and sister cities programs and the hundreds of international friendships that have been made.

“With more than 20 events during three weeks and hundreds of local volunteers giving up time to act, organise and participate this is truly a great festival for our region,” she said.

The festival will finish with its grand faire day and market on Sunday, May 5 from 10am to 1pm.

For information on how to catch a show visit www.stratfordshakespeare.com.au or phone 5145 6203.