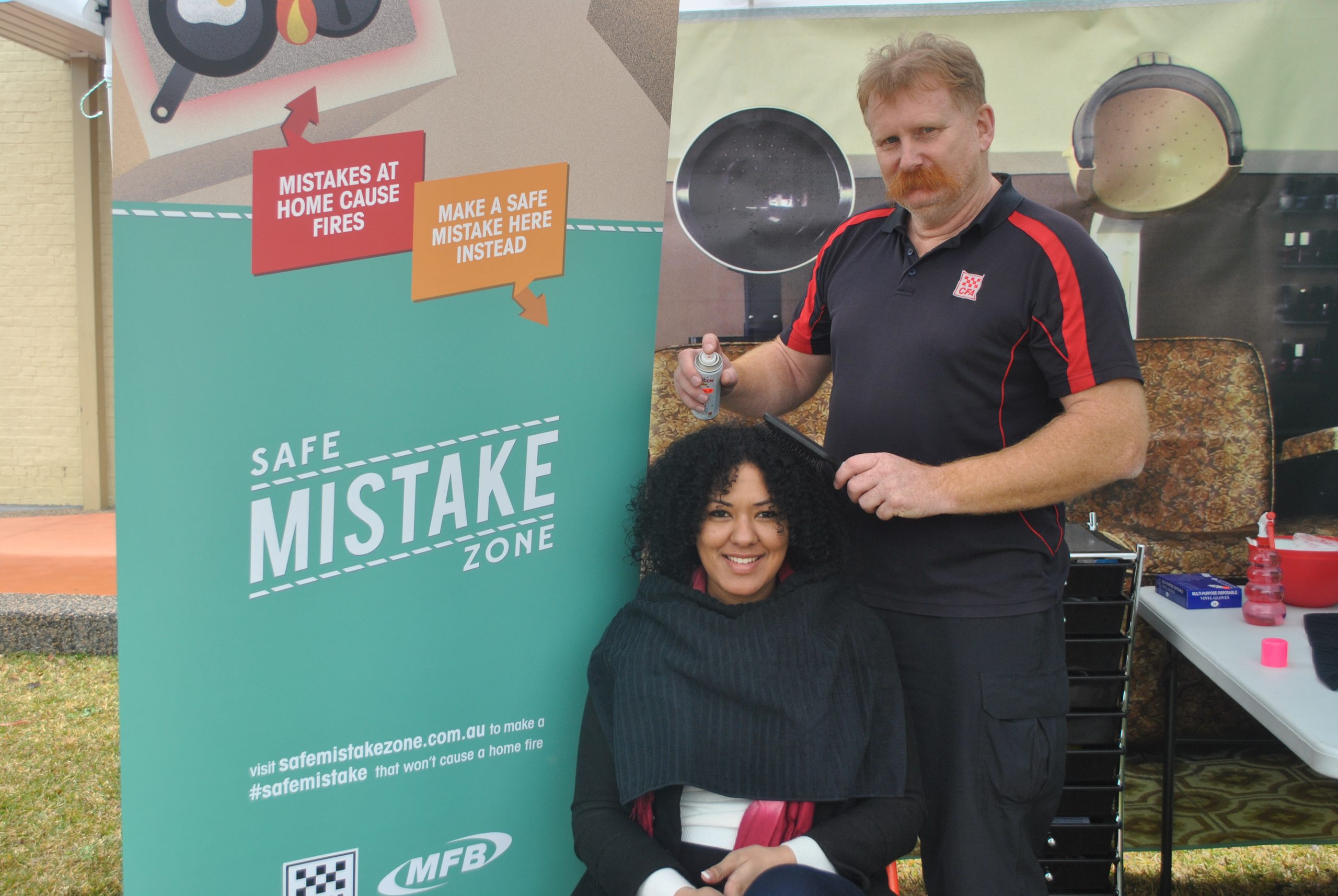 VICTORIA’S country and metropolitan fire agencies have launched the interactive Safe Mistake Zone campaign, which encourages Victorians to make a ‘safe mistake’, as opposed to a mistake which may cause a home fire.

The campaign uses humour to draw attention to the unsafe mistakes people make in their homes by contrasting them to light-hearted ‘safe mistakes’.

In the Sale pedestrian mall on Thursday, CFA Gippsland community education officer Craig Dunshea invited people to engage in a bad hairstyle or a fake wedding ceremony as part of the campaign.

“We’re promoting that you can go and make a safe mistake, like dress up in a wedding dress and have a marriage ceremony, then you can walk away and have a laugh about it,” he said.

“The same with a bad hairstyle, you can have your hair sprayed or get a comb-over and it’s a safe mistake.”

Aimed at people aged 18-42, the campaign advises people to take more care with fire safety in their home.

“The aim is to target the younger generation and have a bit of fun, but then we can actually talk to them about things they can do to avoid house fires.”

“We can show them the difference between making a safe mistake, something where the consequences aren’t quite so drastic, and a bad mistake.”

CFA deputy chief officer Gavin Thompson said many house fires were caused by small mistakes in the home that are avoidable.

Mr Dunshea said he hoped by talking to people about potential fire hazards in their homes, they would change their approach to home fire safety.

“We hope that we’ve made them think about safety or they’ve gone home and changed just one thing that they do,” he said.

“I educate people about bushfires as well and I ask people, “what’s your plan?” and they say ‘I’m going to get in my car and drive’ and that’s a reaction, that’s not a plan.

“People were so complacent in the nine months after Black Saturday…87 per cent of people said “we’ll wait and see”.