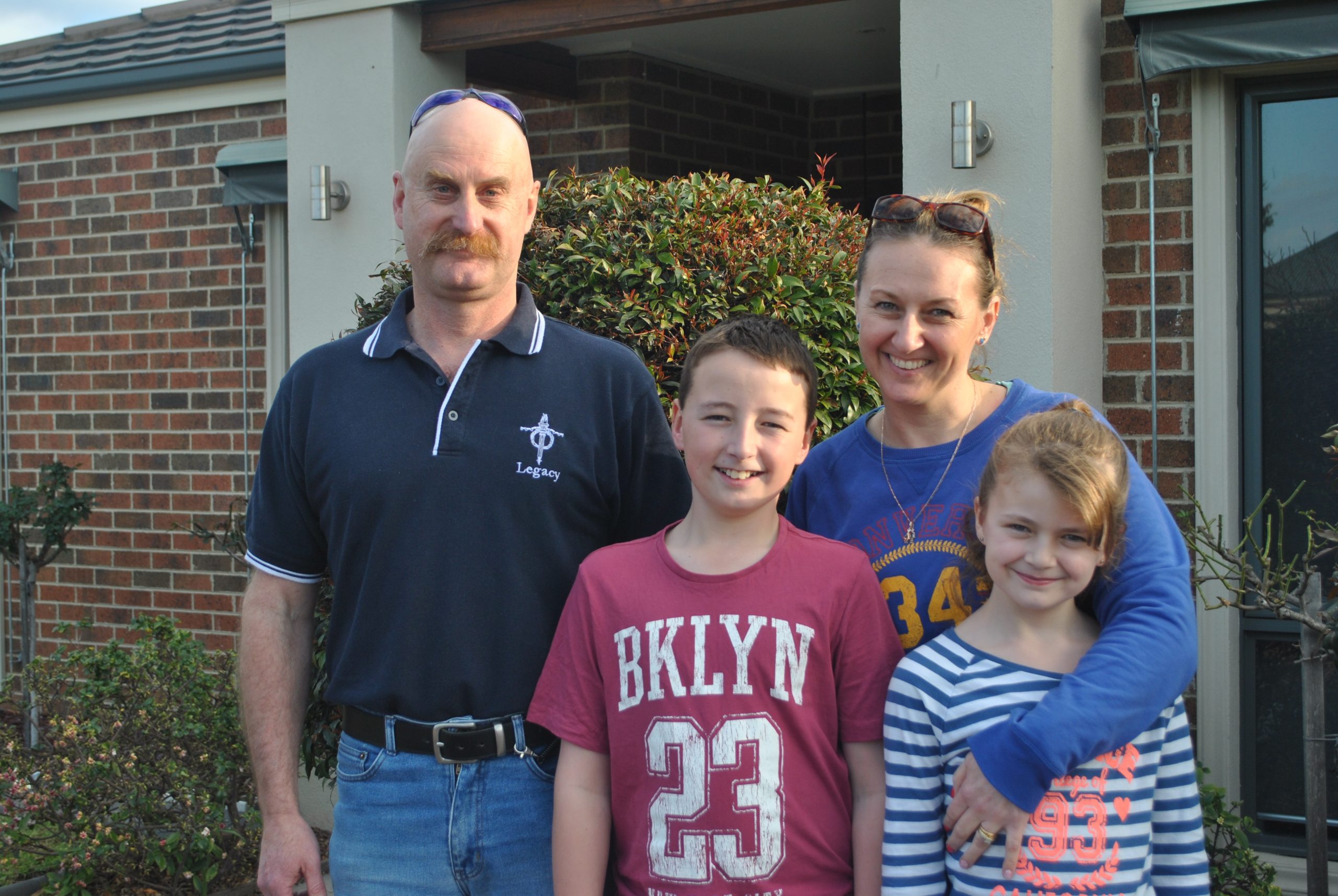 LEGACY Week, also known as Badge Day, is the annual national appeal to raise awareness and money for families of incapacitated and deceased veterans.

Running from August 31 to September 6 this year, money raised during Legacy Week will go towards providing families with ‘legatees’ a support person in times of need.

War widow Shelley Kovco-Hogan said Legacy provided her family with much-needed support after the death of her husband, Private Jake Kovco, during active service in 2006.

“It’s about helping other families who have gone through what we have,” she said.

“It’s been great getting assistance with the kids for school fees and uniforms, things like that.”

Legacy Australia North Gippsland group legatee David Thewlis has been working with the Kovco family since 2007.

“I have a background in defence and I had a couple of friends in it and I thought it was chance to give back a little bit to those who gave a lot,” Mr Thewlis said.

“We’re a point of contact for any issues, and for help with the kids.

“We steer them in the right direction and if they ever have a query they can contact me.”

Ms Kovco-Hogan said her children, Alana and Tyrie, were eight-months-old and three-years-old respectively when she received the news of her husband’s death.

“Jake always said if anything ever happened to him, Legacy would be the ones who would help us get through it,” she said.

“Even just paperwork at the start; you’re bombarded with everything.

“Legacy can point you in the right direction.

“When Jake was in the army he use to go and sell Legacy badges.”

Alana has been doing her bit to raise money for Legacy Week, by making loom bands to sell to her friends at school.

“I’ve been making loom bands and so has mum and we’ve had some other people to help,” Alana said.

“It took about two weeks to make them.

Ms Kovco-Hogan said despite the circumstances surrounding her husband’s death, she would support her children if either of them decided to join the armed services.

“I know Jake would be really proud if either of the kids when in it (the armed services),” she said.

“Tyrie’s mad on the army; he reads a lot of army books.

“All his stories that he writes at school somehow lead back to a gun or a paratrooper, because Jake was a paratrooper.

“I think he (Jake) would be really proud and I wouldn’t stop them from doing it, I’d support that in whatever they wanted to do.”

Pens, wristbands, bears and badges will be sold during Legacy Week, from August 31 to September 6, in Raymond St, Sale and in the Gippsland Centre.

For more information about Legacy Week or legatees, phone the North Gippsland Legacy group on 5145 5370.