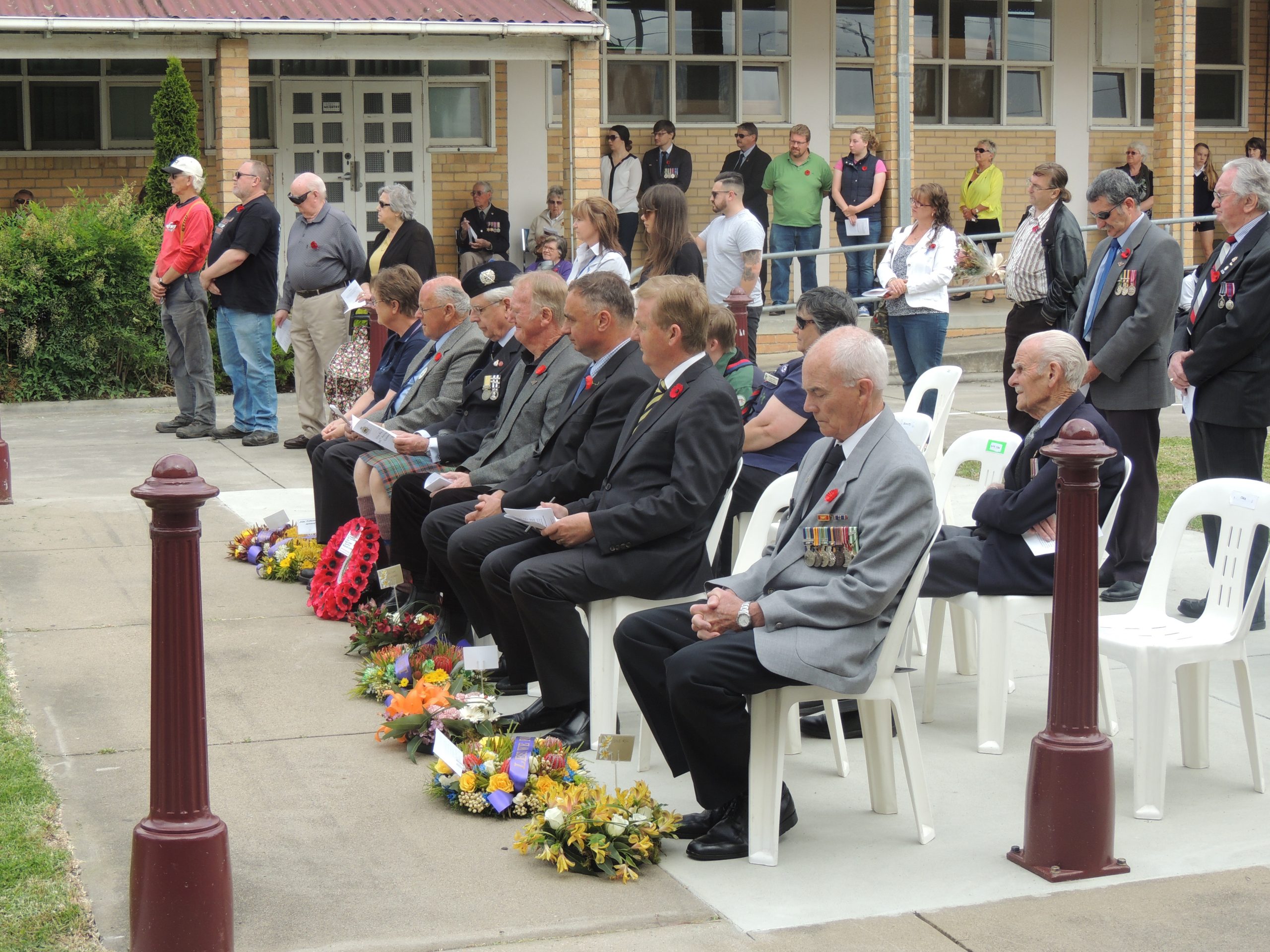 LOCALS took time to reflect and pay respect to those who lost their lives in World War 1 during Remembrance Day commemoration ceremonies across Wellington Shire on Tuesday.

This year marked the centenary of the beginning of the first world war, with Remembrance Day acknowledging the end of hostilities of World War 1 on November 11, 1918.

Hostilities formally ended “at the 11th hour of the 11th day of the 11th month”, in accordance with the armistice signed by representatives of Germany and the Entente between 5.12 and 5.20 that morning.

The First World War officially ended with the signing of the Treaty of Versailles on June 28, 1919.

In Maffra, the fire siren rang out across the town for silent remembrance after Maffra RSL president Lindsay Morton led the acknowledgement.

The corporation also made a presentation of flags to the RSL at the conclusion of the ceremony.

The ceremony was well supported by local schools, with school captains from St Mary’s and Maffra primary schools laying wreaths at the cenotaph.

A large group from Maffra primary, along with local veterans and members from the general public, formed a long line to place poppies in a bucket.