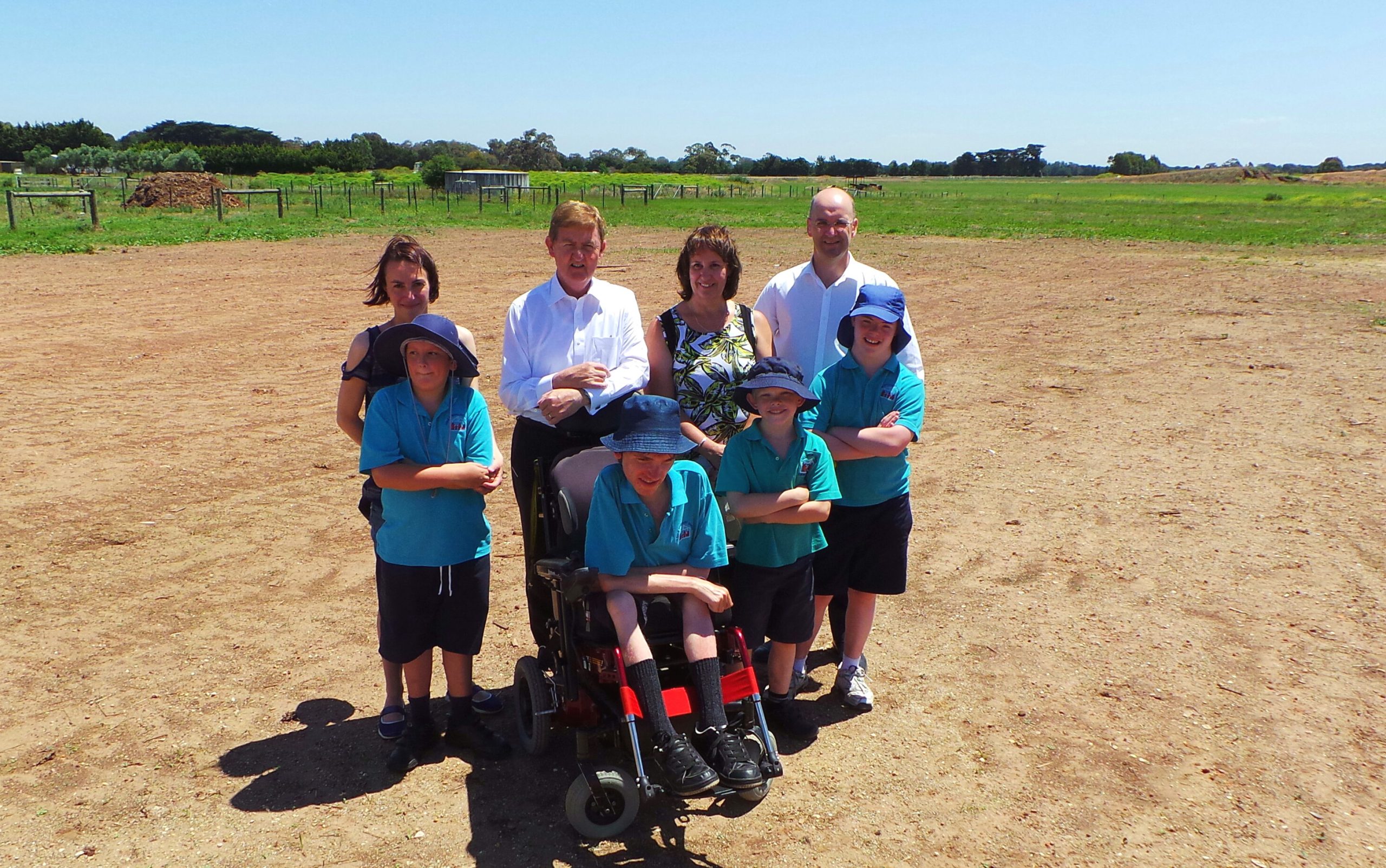 LOCALS are being urged to sign a petition calling on the state government to urgently fund the completion of the new Sale Specialist School.

Sale Specialist School principal Shelagh Donegan said while $4 million had already been allocated for stage one works, the school could face a $15 million shortfall, with no official commitment as yet from the Labor government.

The Coalition had pledged to allocate the $15 million if it won, but lost government at the election on November 29.

Funding to buy land and begin planning had been secured in the 2013-14 budget.

“We have met with the architects and stage one (of construction) is ready to go,” Ms Donegan said.

“But if we don’t get the ($15 million) funding in the next budget, it will be left half built and we will have four campuses.”

In a letter to the Gippsland Times earlier this month, the Sale Specialist School New School Action Group implored the new government to ensure funding was available in the 2015 budget to complete the works.

“It is with a hint of despair and frustration that we once again write to you to inform your readers that the long, long battle for a fair and just outcome for the students and their families at Sale Specialist School is far from over,” they wrote.

“With the election of a new state government, the promised $15 million funding for a new school, one to unite the students currently spread across three campuses in Sale and provide them with much-needed updated learning spaces and an appropriate outdoor environment, is at the mercy of our newly-elected ministers.”

Sale Specialist School has been operating a second ‘temporary’ campus because it had outgrown the original Raymond St site, while also expanding into the former Community College Gippsland building.

Conditions at all campuses are cramped and outdated, and there are no specialised therapy areas.

In a visit to the school in April last year, former Labor shadow parliamentary secretary for education Colin Brooks told the Gippsland Times he was shocked to see how cramped conditions were for both students and staff.

Gippsland South MLA Peter Ryan said he would table the petition, launched at the new school site on Tuesday, when parliament resumed in February.

“Children living with special needs in our region deserve equal opportunity, early intervention and equipment equivalent to their peers, in buildings and surrounds that are safe, secure and fit for purpose,” he said.

Eastern Victoria MLC Danny O’Brien said Labor was happy to criticise the former Coalition government about the need for new facilities for the school.

“Now Labor has formed government, it must honour the commitment it made so readily while in opposition and fund this wonderful and much-needed facility in its first budget in May 2015,” Mr O’Brien said.

Copies of the petition are available at Sale Specialist School’s Raymond St campus, or at Peter Ryan’s electorate office at 54B Cunninghame St, Sale, or phone 5144 1987.