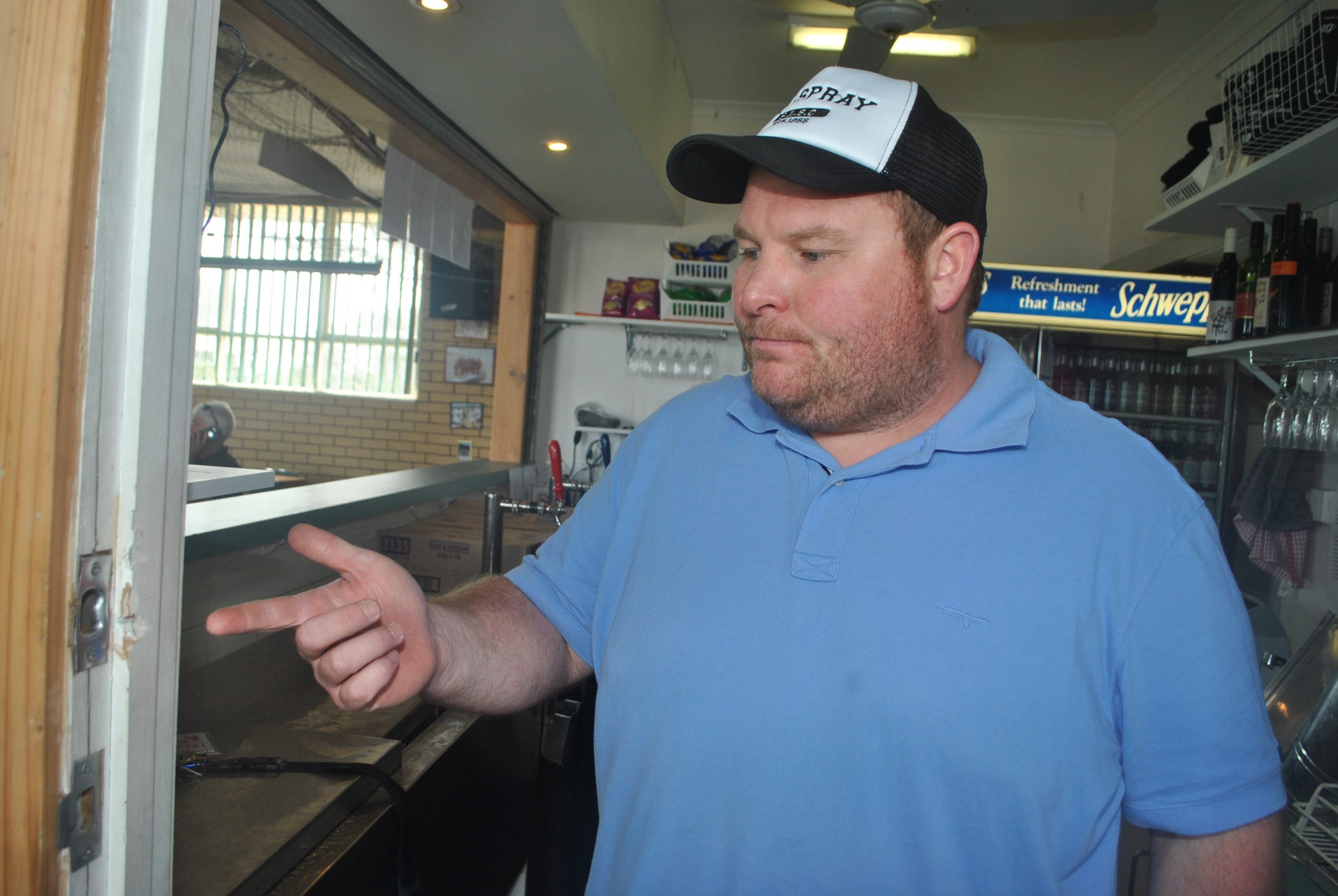 SEASPRAY Surf Life Saving Club’s fundraising committee has been dealt a blow, forced to fork out hundreds of dollars for repairs following a break-in at the club on Sunday night.

The club had been working hard to raise money for a new clubhouse, and will now have to spend some of that money on repairs with thieves smashing doors and forcing entry into fridges, causing significant damage to the kitchen and bar.

Seaspray Surf Lifesaving Club fundraising committee member Steve Madeley said the clubhouse was secure when he closed on Sunday night, with a cleaner arriving on Monday morning to discover the trail of destruction.

“I start from one end and work my way to the other,” he said.

“The clubhouse was as secure as it could possibly be.

“The safe was bolted down to the concrete.

“It was an industrial safe, not one of those cheap ones you can get.

“It would have taken two to three guys to lift it.

“They’ve entered (the bar) through one door and busted the other one from the inside out, which rubs salt into the wound.

“It’s been a hectic couple of days and a costly little exercise.”

Police have found fingerprints on the cool room door, and are calling for people with information to come forward.

Fundraising committee member Lauren Grundy said it had been a blow, with the club closer to reaching its fundraising target to begin the first stage of construction of its new clubhouse.

“We’re losing money (with the bar and kitchen closed), for us that’s the thing,” she said.

“Alcohol can be replaced but having to fork out for repairs when the club is saving for a new clubhouse, it hurts a bit.”

The bar has since re-opened, while the kitchen will serve meals on Friday and Saturday night with live entertainment.

The club will also host a cake stall at Seaspray Caravan Park Sunday, and Mrs Grundy urged the local community to get behind the fundraising efforts.

“The bar will be open on Sunday night from 5pm and on Australia Day from 11.30am,” she said.

“This year has been a big year, we’ve had trivia nights, barbecues, cake stalls, the fundraising committee has been very busy.

“Lots of community members and businesses have pledged, the contributions have been coming.”

Mr Madeley said the break-in had been a blow with just two weeks left in the club’s season.

“We’ve got the Australia Day long weekend then the club championships the following weekend and that’s our season until Easter,” he said.

“It was going to be the last hurrah for the building with the new one starting shortly.”

Anyone with information can phone Wellington CIU at Sale Police station on 5143 5000.