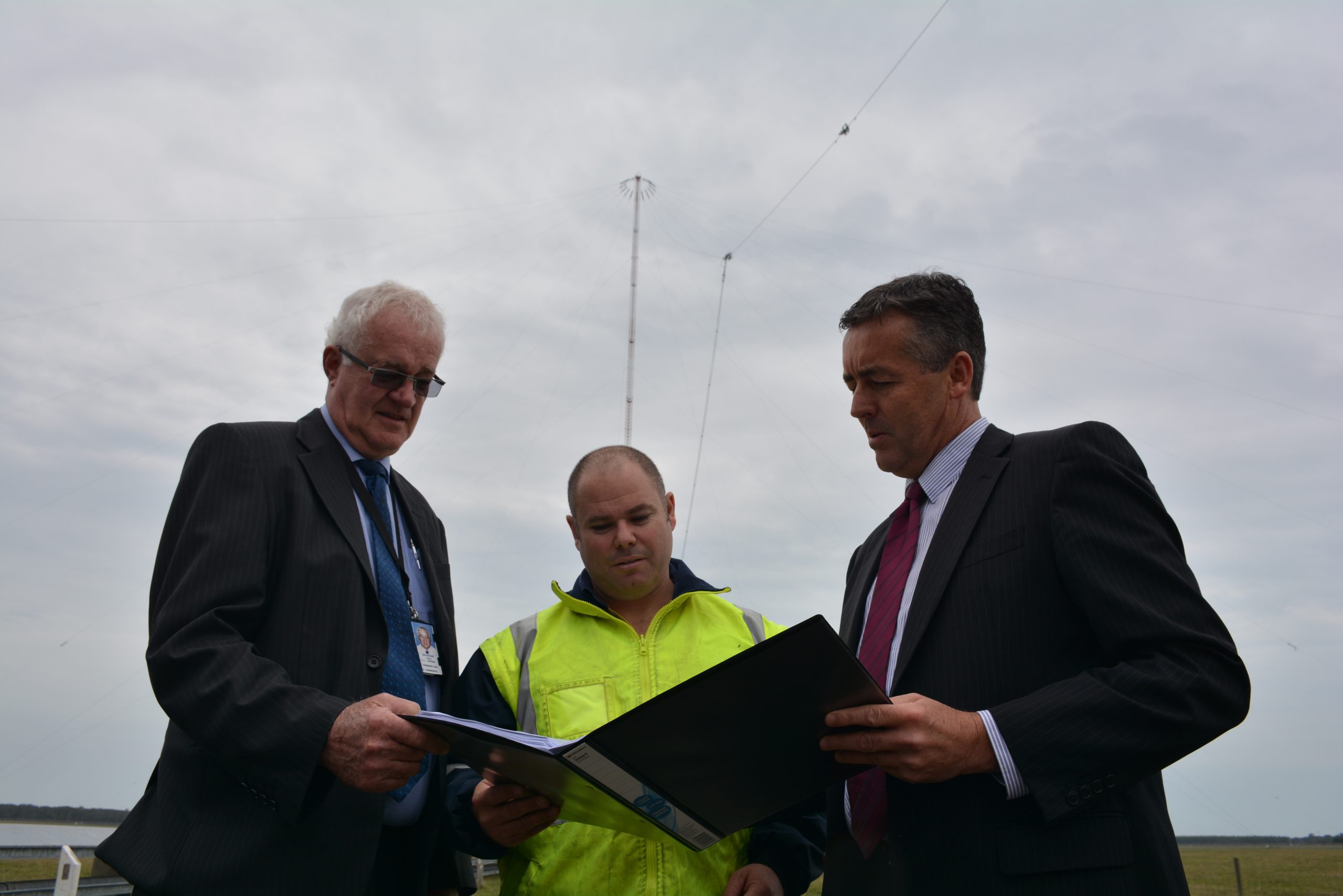 THE end is nigh for the Omega Tower.

And the end is set to be explosive.

The process has begun to bring down the 432 metre Omega Tower, the Southern Hemisphere’s tallest structure, located on the former naval transmission site at Darriman near Woodside.

Explosives will be used to bring down the tower before the end of the month.

Many of the 1.5 kilometre long cables used to keep the tower erect will be used to ensure a controlled demolition.

Visiting the site on Tuesday, Gippsland MHR Darren Chester, who is also Parliamentary Secretary to the Defence Minister, confirmed the tower would soon come down.

“Defence has engaged an experienced contractor, Liberty Industrial, to manage the demolition and the project is proceeding as planned,” he said.

“I can’t say exactly when the demolition will take place as it’s subject to conditions like the weather. But I can say that we expect it to be in the next four weeks.”

Mr Chester said the Department of Defence and the contractor were working together with neighbouring landholders and Wellington Shire Council to eliminate the risk of damage to property and livestock.

“We want the demolition to run smoothly with minimum disruption to people in the local community,” he said.

Safety cordons will be in place to prevent the public inadvertently straying into the danger area with people recommended to avoid the site during the demolition.

Once the tower is demolished, Defence will sell the 352 hectare South Gippsland Highway site.

Security costs in patrolling the site to prevent illegal access to the site, particularly for BASE jumpers, have been considerable. Early last year a BASE jumper plunged to his death after his parachute failed to open.

The Australian government has had no plans for the site since the tower was decommissioned in 2008.

The tower was one of a set of nine other navigation towers located around the world, including the United States, Trinidad, Argentina and Japan.

The Omega navigation system was shut down in 2000 and used as a transmitter for unidirectional communications to submarines until 2008.

Transmission equipment from the system is now on display at Port Albert’s Maritime Museum.

There has been interest in keeping parts of the tower for local museum display.