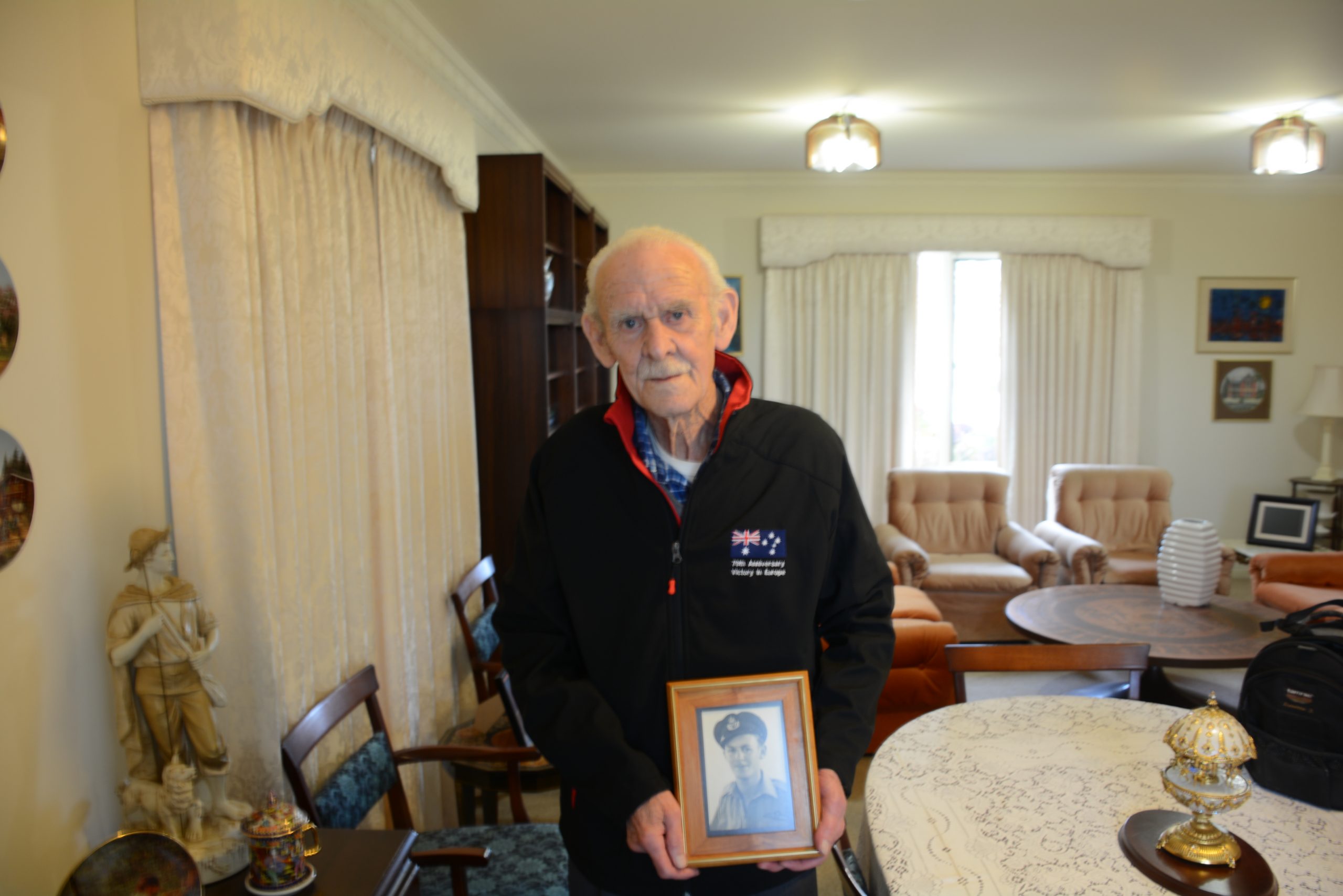 IN a year where war commemorations are so prevalent, 2015 has extra significance for a 90-year-old Sale ex-serviceman.

John Shannon, who served with the RAAF in Europe during WWII, will be among eight Australians chosen to represent Australia at celebrations commemorating 70 years since VE (Victory in Europe) Day on May 8.

It’s been quite a journey for Mr Shannon over the years.

The third-generation Canberran has spent a lot of time in Europe since first being posted there after joining the armed forces.

While there were opportunities to join other areas of the Australian armed services, his dream of joining the air-force burned strong from a young age.

“A few days after I turned 18 along came a letter from the army,” Mr Shannon said.

“I wanted to be in the air crew and if I could be a pilot so much the better. I wrote back and said I was still at school completing my leaving certificate and I wouldn’t finish all my exams until late November, and they wrote back and said ‘fair enough’.”

After specifically timing his expression of interest to the air-force so that he could promptly join upon completion of his schooling, Mr Shannon recalls clearly the occasion when his dream was realised.

“My last exam was on a Thursday afternoon, a mathematics exam,” he said.

“I got home from school at about half-past five and Mum said, ‘you’ve got to be on the eight o’clock overnight train to Sydney, you’ve got to report to the air crew recruiting depot next morning.'”

Having been hard at work completing his leaving certificate, his mother’s wisdom of not telling him the exciting news until he had finished his exam was a blessing.

“Mum knew if she told me, I wouldn’t concentrate on the exam I had that afternoon.”

Upon joining the RAAF Mr Shannon’s initial period in the air force was full of delays and frustration. Between waiting close to three months from the time he first signed up until he could commence training and then being delayed once arriving at a training base because the group ahead were running behind, it was not all smooth sailing.

Once in Europe Mr Shannon completed regular training and flying, however because of an enormous excess of RAAF service men at the time, Mr Shannon was fortunate to never see combat.

On his return to Australia following the VE Day announcement, he picked up a job working with the department of immigration. His job took him back to Europe, where he travelled throughout the continent.

In fact he has been somewhat of a regular visitor to Europe over recent years to visit his children who now call the continent home.

But his return this time will be something of a different privilege, with the opportunity to represent the nation at a major international commemoration a significant honour.

“This is a unique experience,” he said.

“All eight of us are ex-RAAF, now that makes a lot of sense because the navy were not based in England, the Australian army might have had half-a-dozen key personnel for liaison purposes, but there were tens of thousands of Australian air men. So the eight of us who’ve been selected for this, the pre-requisite was that we were in Europe on the 8th of May, 1945.”

He said he would be remembering those he knew personally who had lost their lives fighting on the continent, while also thinking of those who went to war from this region.

The eight veterans have been selected by the Department of Veterans Affairs and will attend numerous services throughout Europe to remember the thousands of Australians who lost their lives during the war.