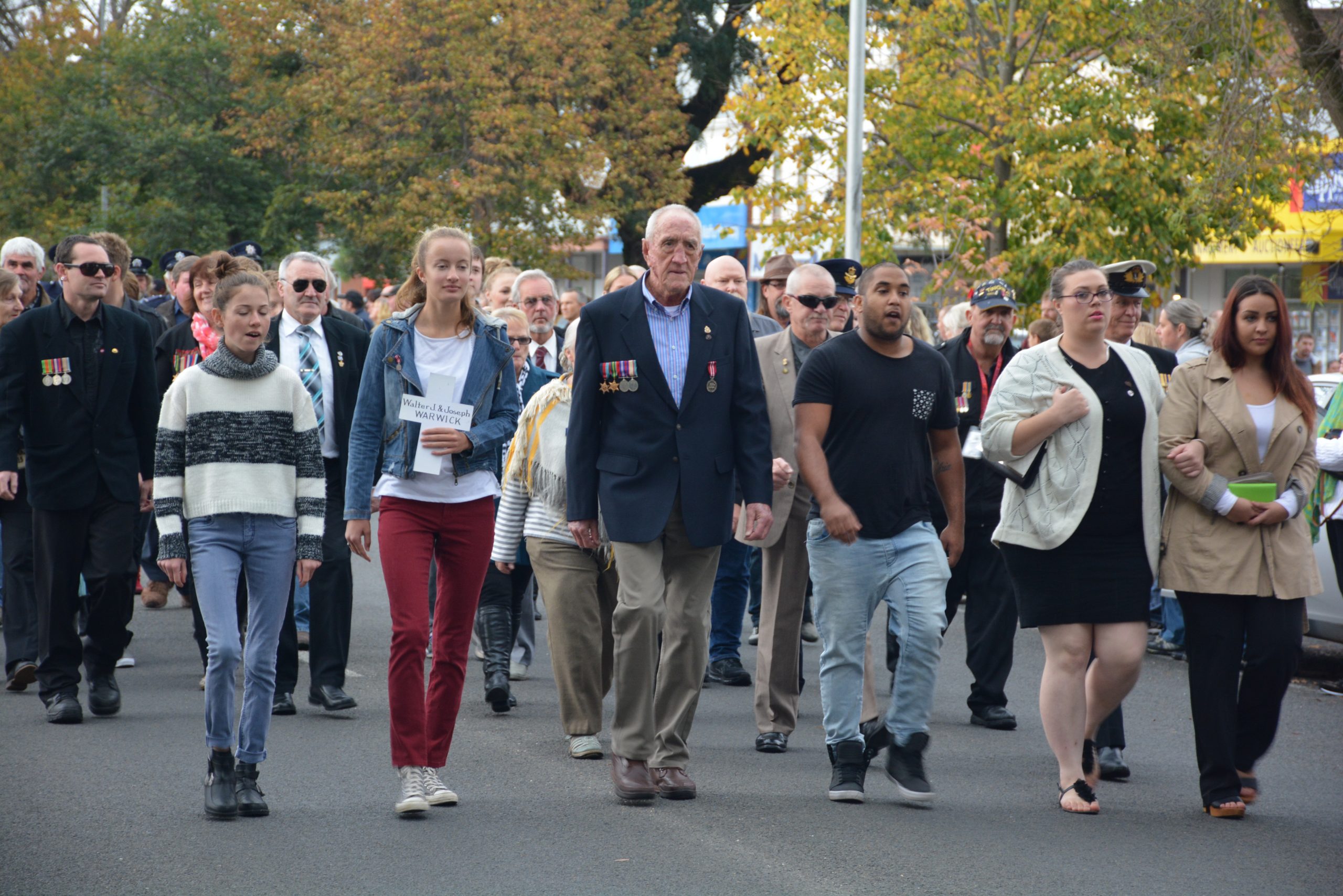 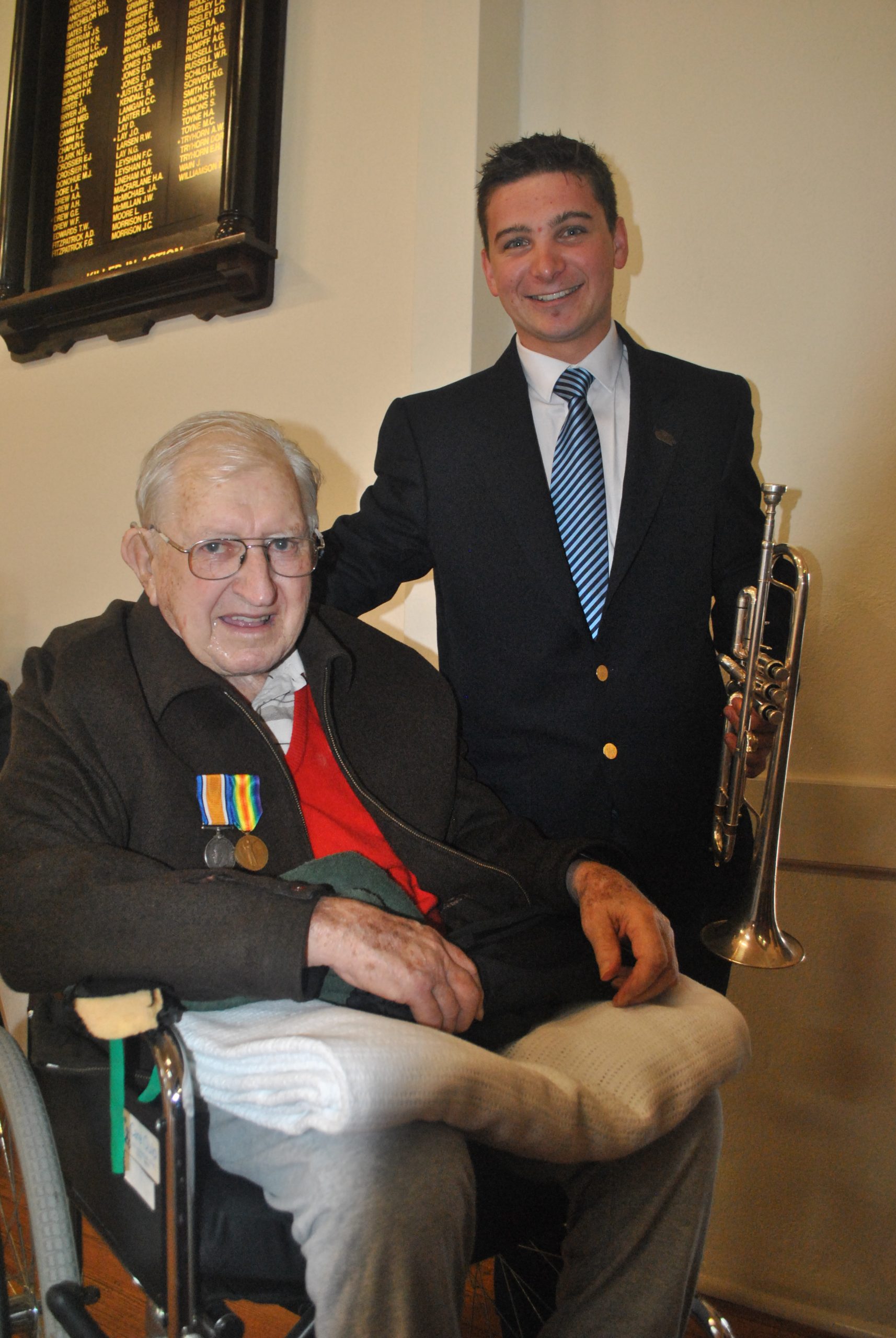 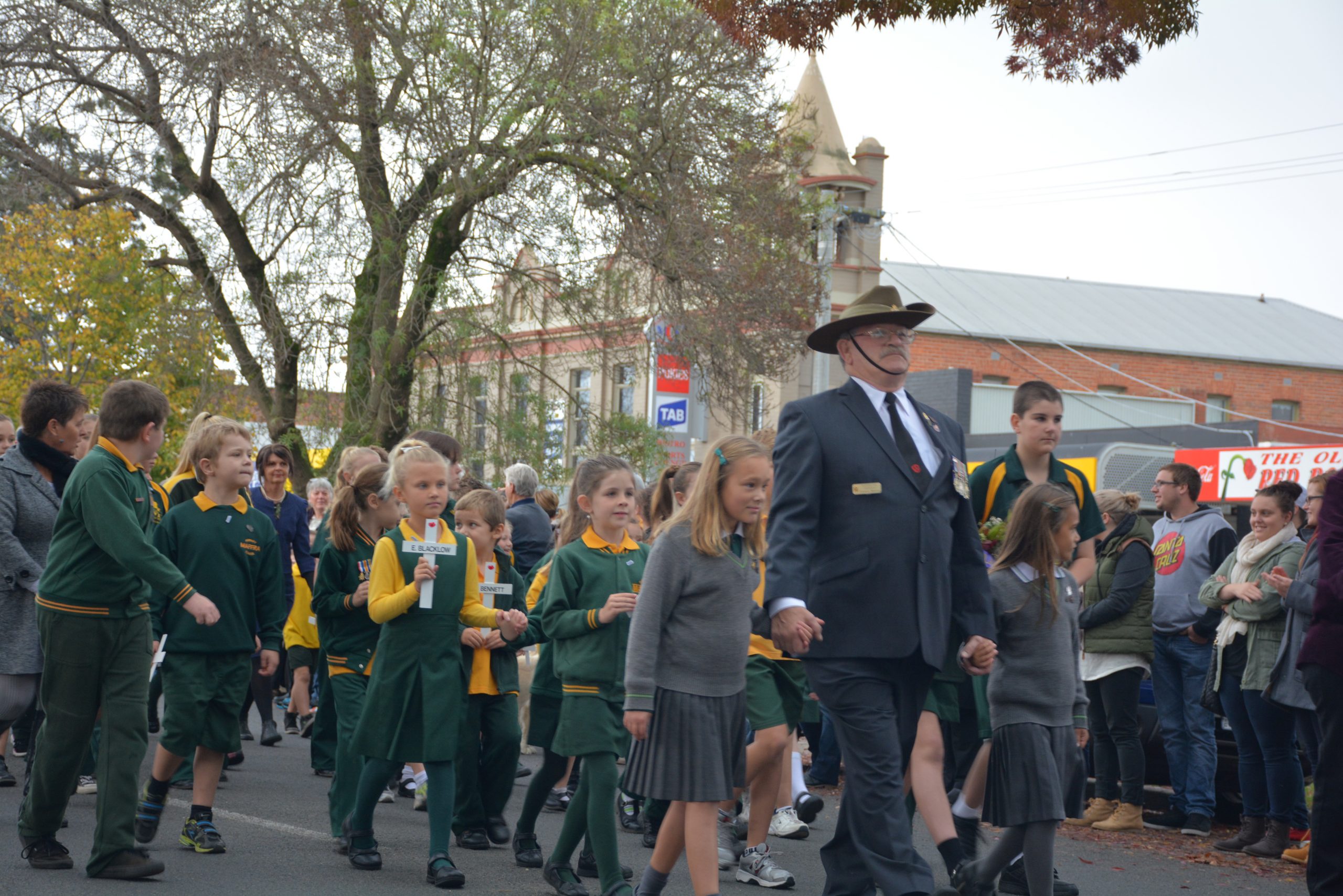 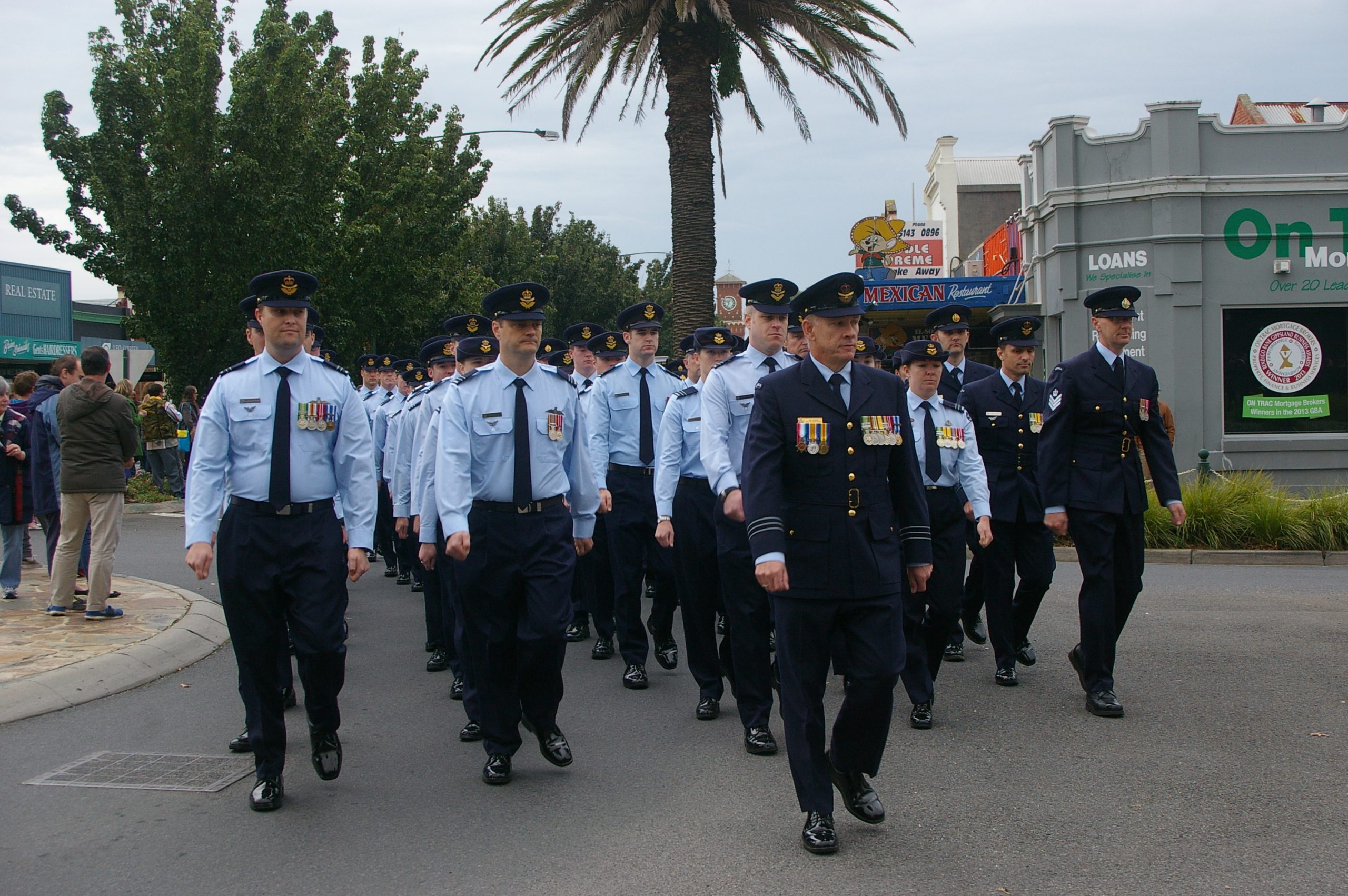 RECORD crowds turned out across Wellington Shire on Saturday in cold, wet weather to commemorate 100 years since the Anzac landing at Gallipoli.

The Sale dawn service had a massive crowd, the only blight that people found it difficult to hear the service

During the parade later, crowds lined Raymond and Macalister Sts to cheer on those marching to the Sale Memorial Hall Cenotaph.

The commemoration service, conducted by the Sale RSL and community sub-branch, was probably the best attended in decades, with many hundreds standing in Macalister St to pay their respects.

The 10.30am march followed the dawn service and an RAAF graveside service at the Sale War Cemetery.

Mr Chester spoke of his recent visit to the Australian headquarters in Kabul, Afghanistan, drawing attention to the 43 Australians who had given their lives in service of the country in Afghanistan and theatres of war in the Middle East.

He asked the crowd to also pay respects to the thousands of service men and women involved in peacekeeping missions across the world.

Wing Commander Morscheck emphasised the role of the modern ADF was to prevent war through its various overseas missions.

He said the remembrance of Anzac Day was not a glorification of war, but was Australia’s way of paying homage and respect to the many thousands of young lives cut short.

In Maffra crowds lined Johnson St for the parade to the Maffra Cenotaph where wreaths were placed.

Local school children also laid 127 crosses at the cenotaph bearing the names of World War 1 diggers listed on the cenotaph who lost their lives.

With rain beginning to fall as soon as soon as the ceremony started, it was moved to Maffra Memorial Hall following the laying of wreaths and crosses.

While the centenary commemorations of Anzac Day were among the most important in history for Australia, it was extra special for the people of Rosedale.

For the township of more than 1000 people, Anzac Day marked the first official occasion to be celebrated by their new RSL sub-branch which reopened in March after a nine year absence.

The pride of the town’s achievement was on display on Saturday, with President Bob Newton among a number of RSL members to take part in the march through the main street to the service.

A crowd of close to 200 people were at the ceremony where they witnessed the unveiling of a special Anzac Day centenary plaque by James Field and a stalwart of the Rosedale RSL Women’s Auxiliary, Molly Anderson.

Mrs Anderson had been among the most influential members of the push to re-form the Rosedale RSL sub-branch, alongside Mr Newton, Maffra RSL president Lindsay Morton and members from other RSL sub-branches throughout Gippsland.

While Rosedale’s was by no means the biggest service throughout Australia, there was no doubt to those gathered by the cenotaph it was incredibly important.

In Heyfield wet weather failed to dampen the Anzac Spirit as hundreds of people flocked to the Heyfield Memorial Hall for a moving Anzac Day service.

Mr Watson spoke passionately about those who had died fighting a century ago.

He said there was no glory in war, and people should remember the terrible tragedies that claimed many lives in many wars.

Mr Watson said ordinary Australian men and women had sacrificed their freedom so we could have ours, his heartfelt words bringing many to tears.

Many local organisations and individuals placed wreaths on the stage at the hall in memory of those who had died in active service.

Meerlieu hosted a dawn service remembering the 22 soldiers who went to World War 1 and 2 who did not return.

Guest speaker was Lieutenant-Colonel Andrew Behan and Leading Seaman James Farquhar recited The Ode and raised the flag during The Last Post.

About 160 people attend and a big gunfire breakfast followed at the conclusion of the service and memorial unveiling.