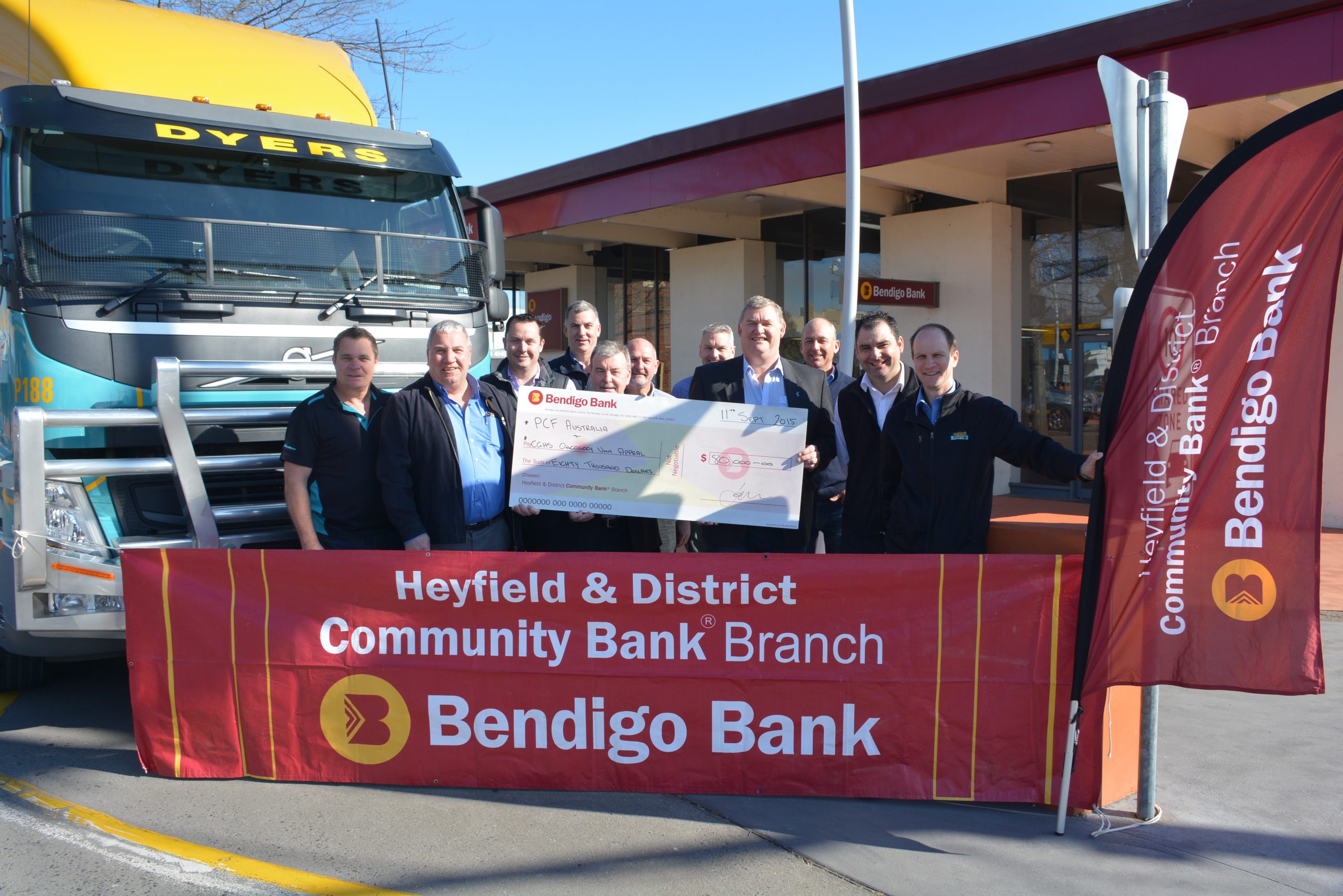 THE efforts of Wellington’s Biggest Ever Blokes Barbecue organisers bore fruit on Friday when $80,000 was handed to the Prostate Cancer Foundation of Australia and Central Gippsland Health Service for its Oncology Unit upgrade.

Organising committee chair Leo O’Brien described the efforts of the committee members in establishing the 15th barbecue event in Victoria as both marvellous and a success in raising awareness of prostate cancer.

“It’s been the work of a fantastic committee, a great bunch of blokes who have volunteered to get it running, and it’s been a great networking opportunity for local businesses,” he said.

CGHS chairman Glenn Stagg expressed both his personal and the health service’s appreciation.

“I am personally grateful to the guys, for the funds they have raised which will go to the health service’s highest priority, the upgrade of the oncology unit, and their raising awareness of the health issue,” he said.

Prostate Cancer Foundation of Australia state manger John Strachan welcomed the $40,000 which will go to research and awareness campaigns. “Frankly for a first time event the result was marvellous,” he said.

“We need to get the message out to men that it’s only a simple blood test, that can be organised by their GP to detect the cancer (before it becomes untreatable).”

Each year about 20,000 Australian men are diagnosed with prostate cancer, a disease that claims just as many lives each year as breast cancer.

“One in nine men will develop prostate cancer in their lives, but most alarming is the fact that the mortality rate for prostate cancer is 21 per cent higher in regional areas,” Mr O’Brien said.