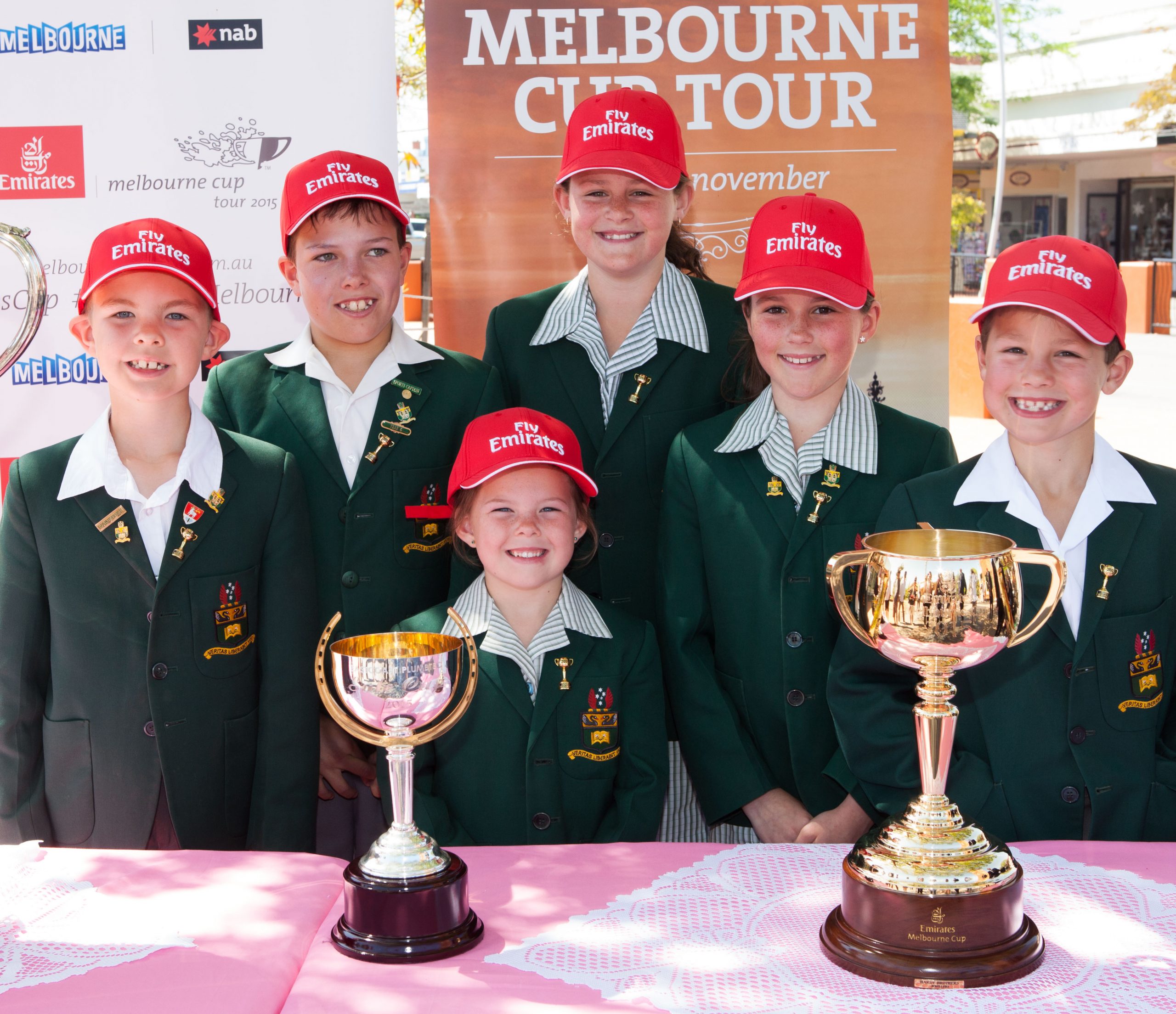 A CENTURY on from the victory of Rosedale’s most famous sporting identity, Patrobas, the current incarnation of the Melbourne Cup arrived in town on Monday to a rousing reception.

Local residents and school children were among the onlookers as John Leslie, the great-grandson of Patrobas’ owner Edith Widdis, spoke about the efforts of his relative to achieve a half-neck victory in the 1915 race.

The story goes that Mrs Widdis — the first ever female owner of a Melbourne Cup winner — was challenged by her husband as to whether Patrobas was the right horse to buy at the sales.

Her decision to stick to her guns paid dividends, when the 300 guineas she paid for the yearling eventuated into success in the biggest horse race in the country.

Wellington Shire mayor Carolyn Crossley said the feat ranked among the greatest achievements by anyone in the history of the region.

“It’s a great thing to get that awareness, not only of what the cup means today and also to help promote our local cup, the Sale Cup this Sunday, but it’s also getting people interested in the history and Patrobas is a great story,” Cr Crossley said.

“To have that in your local town in Rosedale is really something, so the statue becomes more than something that just sits in the park without a story; it really brings it home to the community what a unique thing it is to have.

“It’s the only one in Gippsland so I think in the racing fraternity that’s very significant, and as they say it’s the race that stops a nation so if you’ve got claim to fame in the history of that cup you’ve got something to celebrate.”

While new artwork behind the Patrobas statue was unveiled, the biggest drawcard for locals was the chance to have their photo taken with the 2015  Melbourne Cup or the 1915 trophy.

As part of the small festival celebrating the anniversary of Patrobas’ win and the history of ‘the race that stops a nation’, students from Rosedale Primary School got into the spirit by participating in a fancy dress competition and mock horse races.

Veteran race caller John Russell and trainer Sheila Laxon, who became the first female to train a Melbourne Cup winner with Ethereal in 2001, were also on hand to share some stories about the history of the race.

However the day was reserved for celebrating Patrobas, whose historic efforts a century ago seem destined to live on long into the future.

“You know 100 years is a great anniversary to celebrate and there are very few towns that can claim a Melbourne Cup winner like Rosedale can,” Cr Crossley said.

“Having the first woman owner of a winner and the lovely story that John Leslie told about her choosing the blood lines and training it up to great success, it just brings history alive to the kids.”